Talent Scout Rickey Purdin and an assortment of Mighty Marvel Guests take you behind-the-scenes and show you how a Marvel comic book is made! Learn about every aspect of production including writing, penciling, inking, coloring, editing, and more – with creators on hand to offer personal insights and anecdotes. If you’re interested in the ins-and-outs of the comic book industry, this is the one panel you can’t miss!

The return of Spider-Man 2099! The hype for Ghost-Spider, Miles Morales, Mary Jane, and more! Join This Week in Marvel cohosts Ryan Penagos and Lorraine Cink for a deep dive into all things Spidey with writers Saladin Ahmed, Seanan McGuire, and Leah Williams. Hold onto your butts for news, reveals, swag, and more!

Join Marvel’s Chief Creative Officer Joe Quesada and special guests as they look back across decades of Marvel history and share their personal experiences from some of the most defining moments in the Marvel Universe!  Don’t miss this intimate behind-the-scenes look at some of your favorite Marvel characters and stories.  PLUS – attendees of the panel will receive an exclusive variant comic to be announced!

Get an inside look at the latest and greatest from Marvel Games! Attendees will see exciting new content from Marvel’s Iron Man VR and Marvel’s Avengers, with many unannounced surprises and panel exclusives. Hosts Angelique Roche (Marvel’s Voices) and Josh Saleh (Marvel’s Let’s Play) will be joined by Bill Rosemann (VP & Creative Director, Marvel Games) and other special guests from titles throughout the Marvel Games family!

From War of the Realms to House of X to Absolute Carnage, 2019 was jam-packed with all-new thrilling tales – but what’s next for the Marvel Universe? Editor-in-Chief C.B. Cebulski, Donny Cates (Absolute Carnage, Guardians of the Galaxy), Al Ewing (Immortal Hulk, Marvel Comics #1000), and Dan Slott (Fantastic Four, Tony Stark: Iron Man) are here to tell you! What universe redefining events will Incoming lead to in the coming year? And – what other senses-shattering stories loom on the horizon at the House of Ideas?  Find out in this can’t-miss panel!

Marvel’s Runaways is headed back to Madison Square Garden with an action-packed panel you won’t want to miss!  Be the first to experience the premiere episode of the highly-anticipated third season with the stars and creative forces of Marvel’s Runaways. After the exclusive screening, join Jeph Loeb, Head of Marvel Television, along with the cast and executive producers, to discuss what’s to come in season three. All episodes of Marvel’s Runaways season three drop on Friday, December 13th only on Hulu. 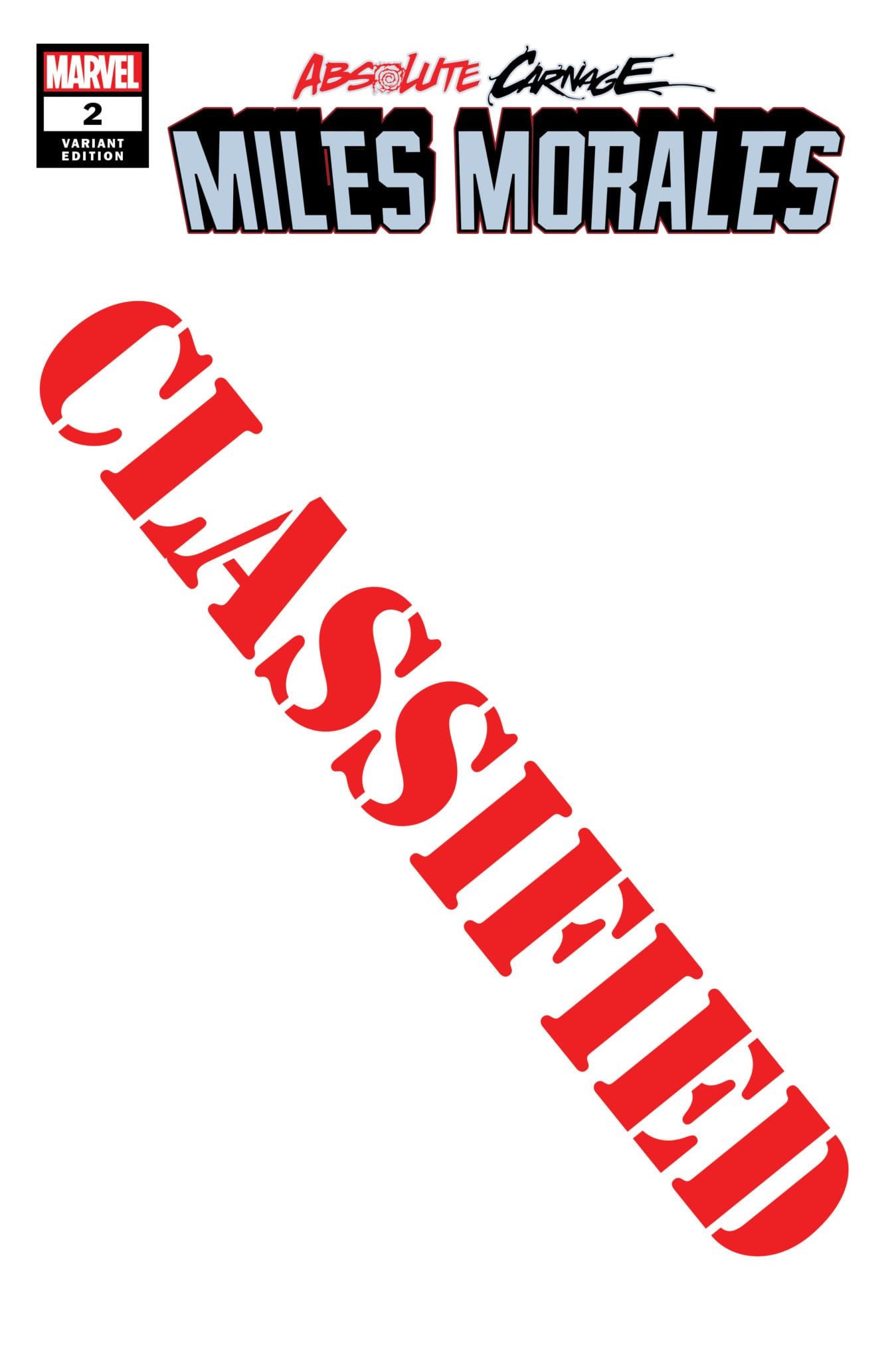 This is your chance to meet the head of editorial at Marvel! In an exclusive and intimate panel experience, Editor-in-Chief C.B. Cebulski, along with living legend Chris Claremont, will talk about anything and everything involved with Marvel Comics. Who were their favorite characters as kids – and have their favorites changed? Who is on Chris’ dream team of X-Men? Ask these questions and more in the Q&A! Plus – attendees will receive an exclusive Absolute Carnage: Miles Morales #2 cover featuring a CLASSIFIED image that you won’t be able to get anywhere else!

In life, it doesn’t take wearing a suit of iron, carrying a mythical hammer or swinging from spider webs to be a real hero. Sometimes the person who can make a positive difference in the world is the person who simply sees a problem and has the passion to find a creative solution. Come experience, for the first time ever at NYCC, Marvel’s Hero Project – an inspiring, brand-new, unscripted series that reveals the remarkable, positive change several young, real life heroes are making in their own communities.  Join some of the creative team behind this series for a world premiere screening of the first episode along with a special Q&A that you won’t want to miss! Marvel’s Hero Project will premiere with the launch of the new streaming service Disney+ on November 12, 2019.

The Dawn of X is about to break! Join Editor-in-Chief C.B. Cebulski, Senior Editor Jordan White, and merry mutants Ed Brisson (New Mutants), Tini Howard (Excalibur), and Benjamin Percy (X-Force) on NYCC’s Main Stage in a discussion about the revolutionary new status quo for the X-Men. Plus – be the first to hear exciting new announcements for the Children of the Atom! Stay until the end of the panel to receive an exclusive variant cover version of Powers of X #5, featuring a stunning Dawn of X-inspired image by Arthur Adams! 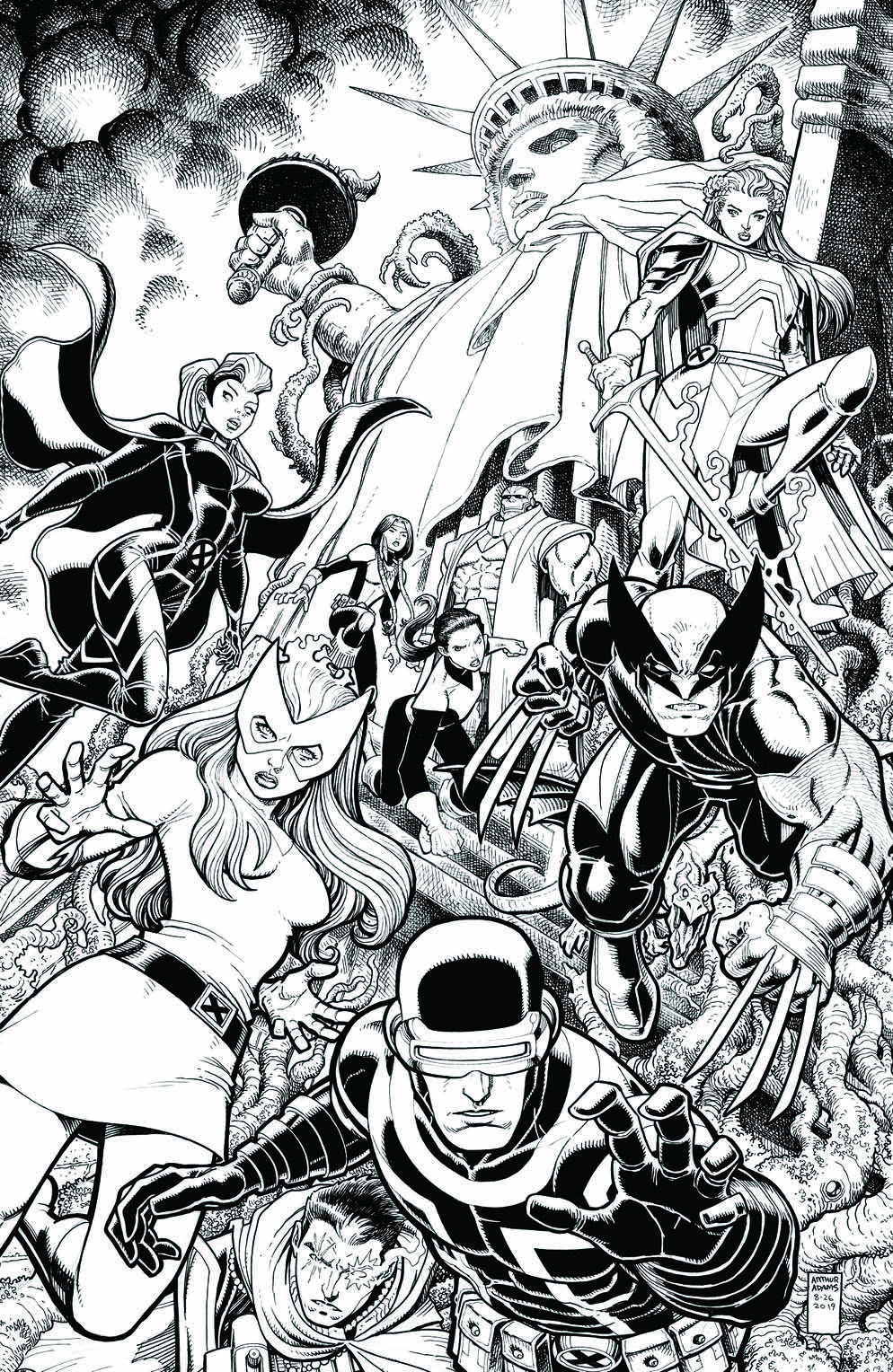 From comics to games, animation and more, the Women of Marvel assemble to celebrate nerddom and all the women who help make it great! Join the conversation as some of the best talent in the industry discuss the creative process, being a woman in entertainment, and what they’ve got planned next.

Then stick around for the world premiere of “Marvel Rising: Operation Shuri”!

Marvel Entertainment, LLC, a wholly-owned subsidiary of The Walt Disney Company, is one of the world’s most prominent character-based entertainment companies, built on a proven library of more than 8,000 characters featured in a variety of media over eighty years. Marvel utilizes its character franchises in entertainment, licensing, publishing, games, and digital media.