Longbox Legends: Why FALCON #1 (1983) Was A Step Forward In Social Commentary

FALCON #1, released in November 1983, was the first comic dedicated to Captain America’s high flying superhero partner. Readers in the past only saw the hero’s exploits in relation to his side-kick status with Cap. But this issue gave Sam Wilson his long-deserved due. What’s more, readers get a look at the hero tackling one of life’s all-pervasive problems: poverty.

FALCON #1 places its focus on the two aspects of Sam that make him a hero: his superheroics and his commitment to social justice. The first scene places our hero in the middle of gang violence when a wayward teen, Miguel, drunkenly assaults a young woman named Lucia. 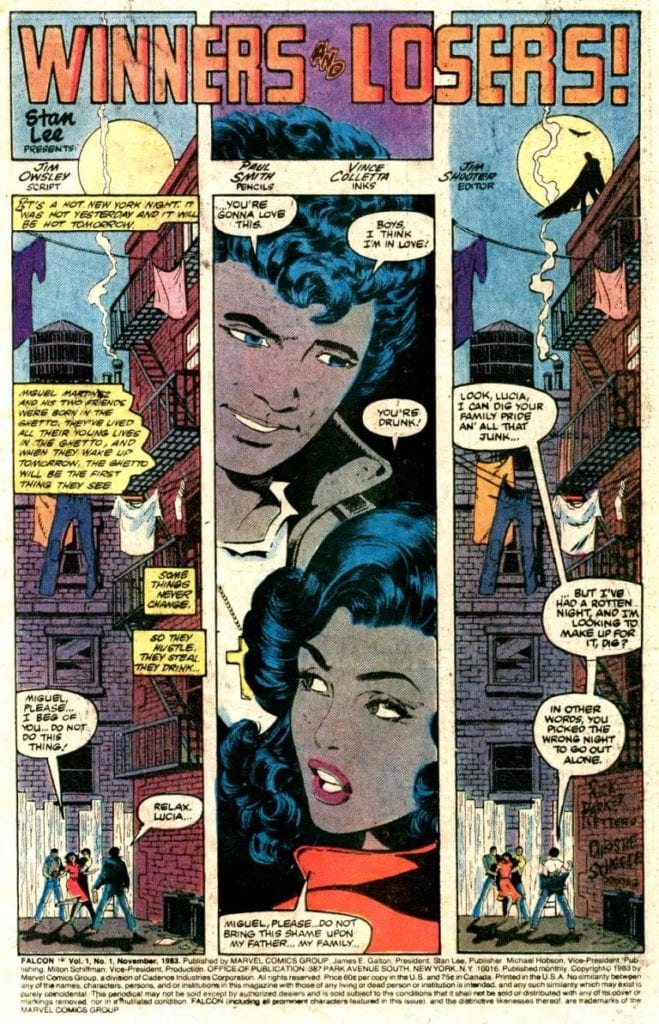 Sam uses a minimal amount of violence to contain the situation, but the hero, in awe-inspiring fashion, knows there’s much more to heroics than stopping crime. After hearing Miguel express his anguish at living in his poor area of the city, Falcon realizes more needs to be done. 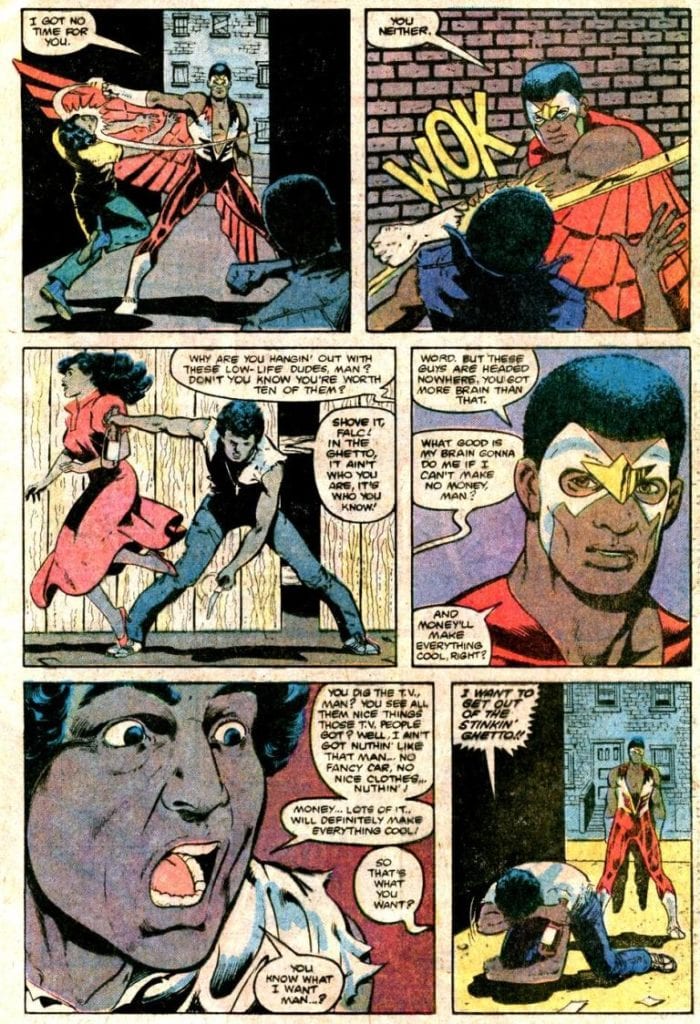 Jim Owsley’s script is believable and engaging in its ability to portray a real world problem with grace and tact. Readers will find themselves in awe of Falcon’s care for these distressed teens. In fact, after saving Lucia and returning her to her father, he requests that he not go too hard on Miguel so as to give him hope for a future after getting his life straight.

Paul Smith’s penciling, combined with Vince Colletta’s ink work, helps bring this story to life. We see realistic depictions of Miguel and the other characters, meshed with the fantastic outfit of Falcon. Christie Scheele’s coloring complements this with natural colors for the city streets and bright hues for Falcon’s classic costume.

FALCON #1 took a big step forward for its time, both in terms of Falcon’s status as a solo hero and, more importantly, as an examination of social status.

Did you think this was a worthy first  solo issue for Sam? Let us know in the comments below!

FALCON #1 took a big step forward for its time, both in terms of Falcon's status as a solo hero and, more importantly, as an examination of social status.Longbox Legends: Why FALCON #1 (1983) Was A Step Forward In Social Commentary