LOIS LANE #7, Another Brilliant Chapter in the LOIS LANE Series

Lois Lane #7, written by Greg Rucka, art by Mike Perkins, colors by Gabe Eltaeb and letters by Simon Bowland, is just another chapter in the awesomeness that is Lois Lane. Following the quiet and tempered previous issue, this issue sets up big things in small ways. Never overstepping their mark, this creative team holds back just enough to keep us wanting more.

Rucka manages to set a tone in the first panel of anything he’s writing. Where other dynamics feel forced, Lois Lane establishes a rapport among characters that shouldn’t work. Yet it does. Lois and the Question don’t seem to have significant ties beyond this series, but their chemistry works. But best of all, Ruck shows us how Lois sees Clark. Their quiet intensity and why they work so well is never clearer than in these pages. And while this issue ends on a cliffhanger, Rucka’s windup has been so gradual; the cliche feels earned. 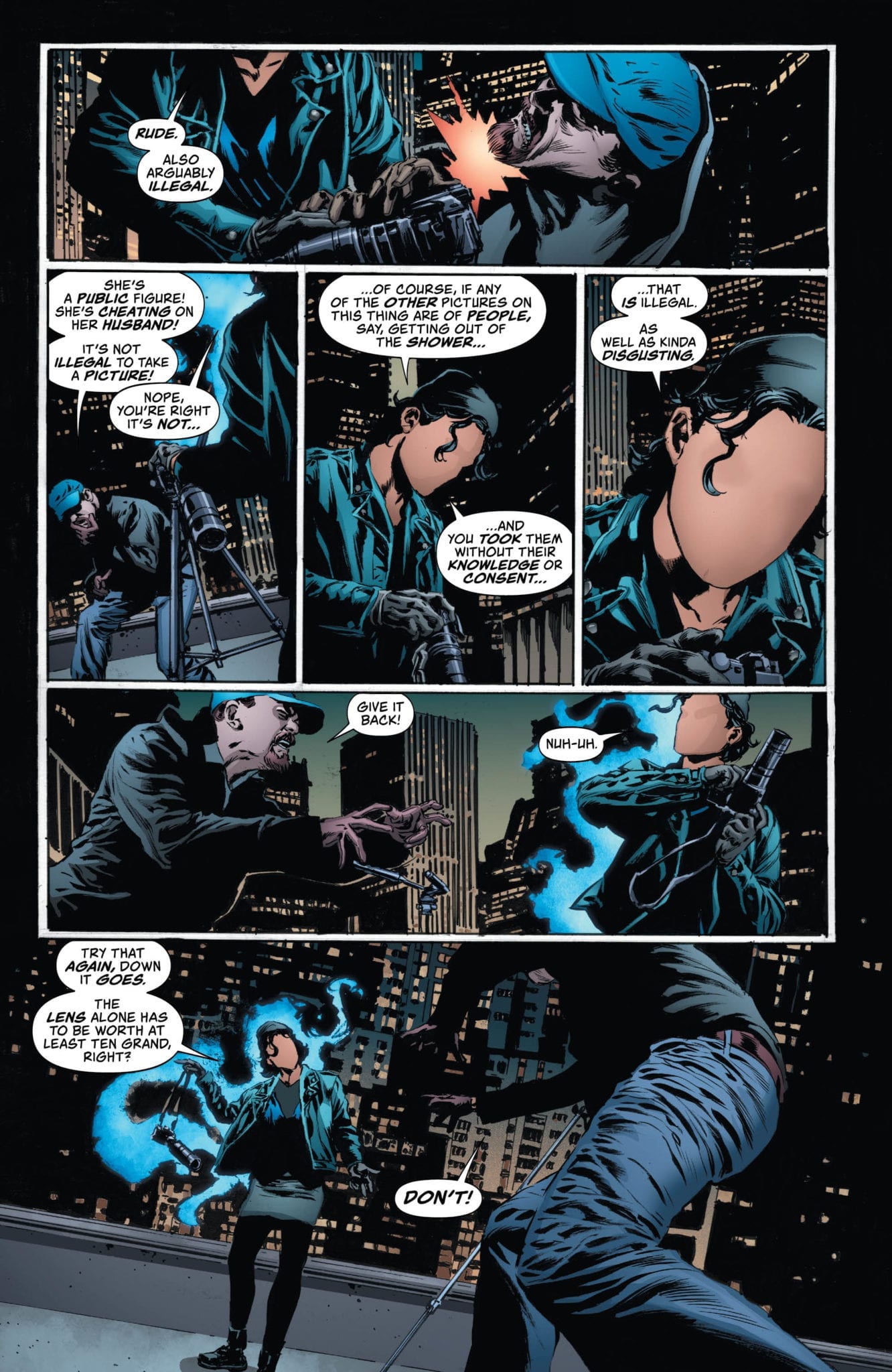 The art by Perkins feels like something out of a hardboiled detective story. A fitting tone for the woman behind the Planet’s great successes. But as mysterious as Perkins’ work may feel, it is also curiously personal. Rarely overdoing the action, Perkins continually comes back to the characters’ faces. The action is secondary to how it affects Lois or Renee. He is forever interested in the human element. He wants to give this story a face, even if The Question doesn’t have one…

The colors by Eltaeb are downright manipulative, in the best way. Eltaeb establishes a lot of the dangerous scenes in bleak colors. When a peeping cameraman is found on a rooftop taking pictures of Lois, the scene is set at night. It’s blues and greys and whites that make each scene have an edge. But then Eltaeb lulls us into a sense of security. Lois’ room is bright; the colors are warm. It makes it twice as jarring when we realize that Lois and Renee might not be as safe as we’d hope. 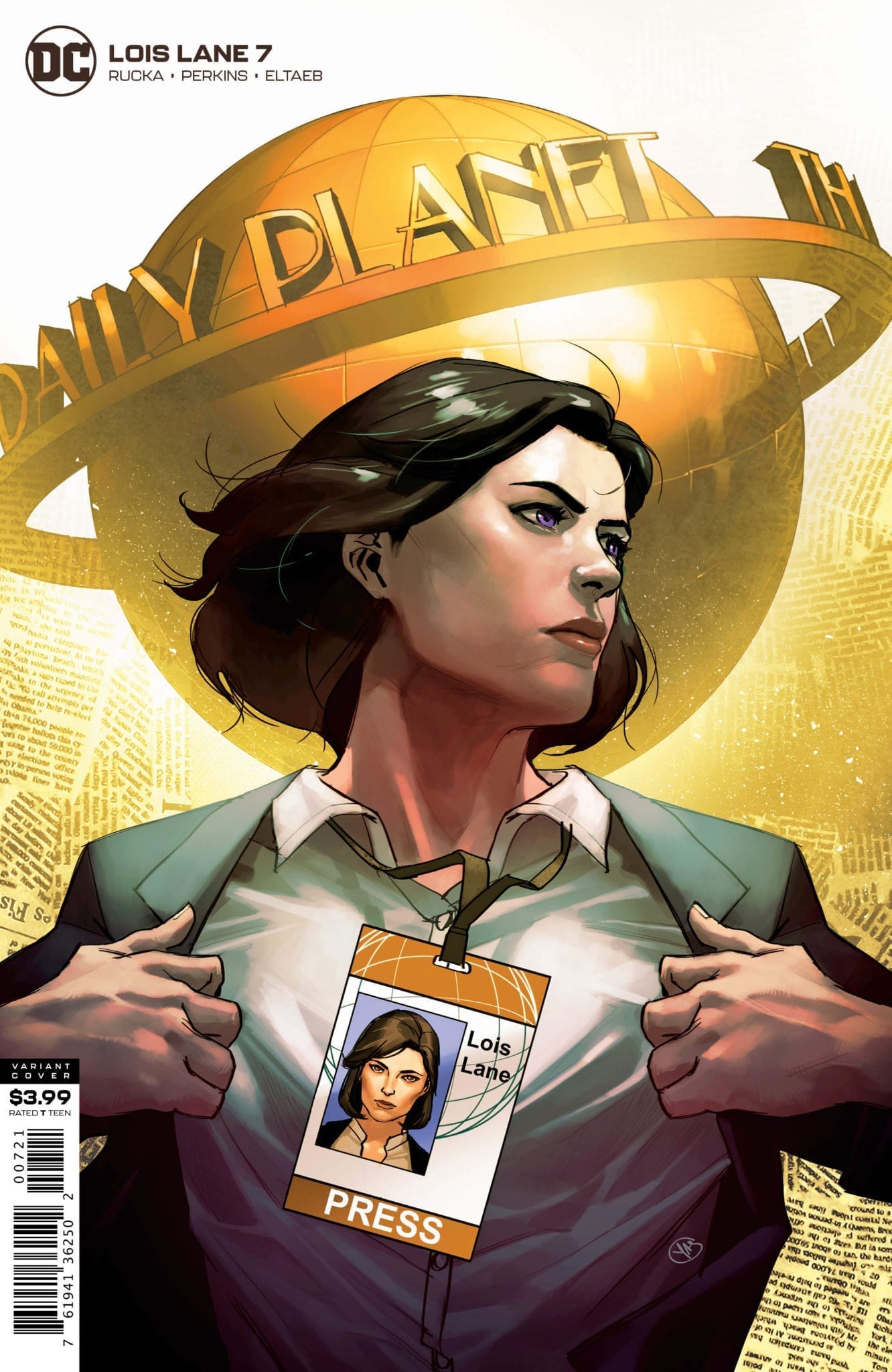 Bowland’s lettering is simple and to the point. It serves its purpose and doesn’t tend to push boundaries by being experimental. The clear and concise format that Bowland takes mirrors Lois’ no-nonsense attitude.

Lois Lane #7 is everything that you would want from a comic like this. The characters are familiar yet mysterious; the events have quiet builds to loud crescendos. This creative team is at their best, and the story their telling is full of intrigue. Pick up Lois Lane #7 at a local comic shop near you!

Yet another amazing chapter in the saga of LOIS LANE. The creative team meshes brilliantly to tell a story full of intrigue and high stakes.LOIS LANE #7, Another Brilliant Chapter in the LOIS LANE Series