Lightning on the Panel – Vertigo’s Legacy in Modern Comics

In the early to mid 1980’s, a wave of comic creators swept the offices at DC comics and began transforming the landscape of mainstream comics. Under the advisement of the likes of Len Wein, Stuart Moore, and of course Karen Berger, these writers and artists would go on to break down the barrier created by the Comics Code Authority and put out some of the greatest works seen in this or any medium of storytelling. While names like Alan Moore, Neil Gaiman, Grant Morrison, and Garth Ennis may be household names for the comics industry now, it would have been impossible to foresee the influence these names would be on the medium for years to come – and the library of masterpieces that would come from the imprint they helped create.
In 1979, then Green Lantern artist Joe Staton attended a comic convention in the U.K. and roomed with 2000 A.D. artist Brian Bolland during his stay. 2000 A.D. was known for its pulpy, satirical, and often mature-minded comics stories of all kind of genres (though mainly sci-fi). Bolland expressed to Staton his interest in drawing some covers for Green Lantern at DC, and seeing how stellar his work was, Staton wholeheartedly agreed. Once Bolland started turning in his work, DC’s the editorial staff were so impressed that they decided to send talent scout to England to see if they could scrounge up any more hidden talent.
And boy, did they. 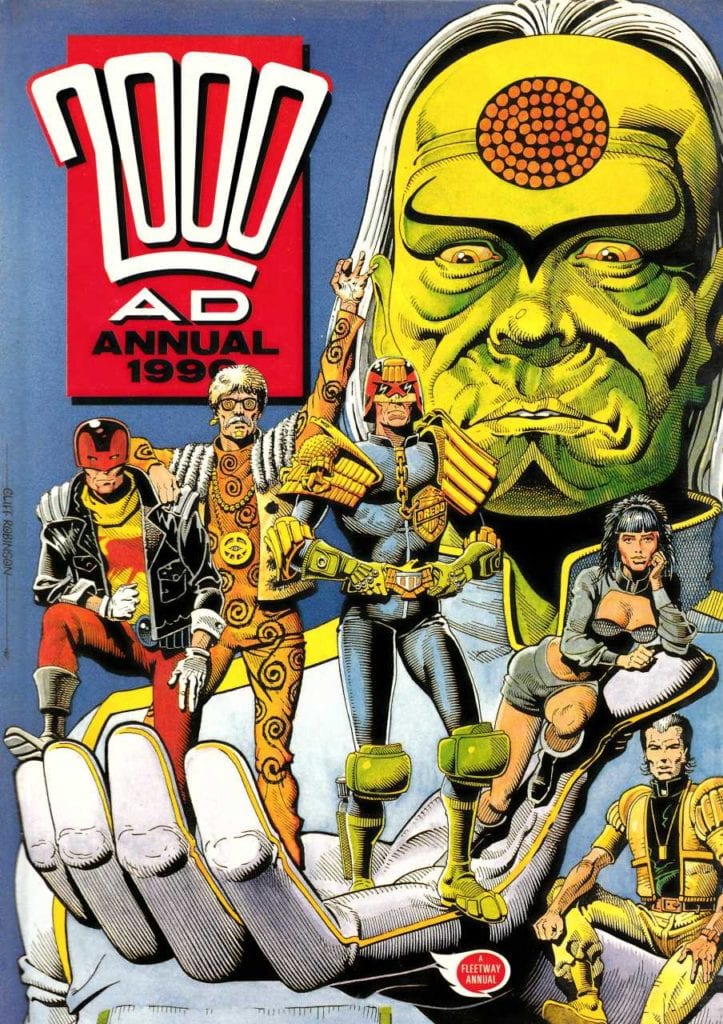 In an attempt to curb the dwindling sales of his beloved creation in Swamp Thing, Len Wein offered 2000 A.D. and Marvel U.K. writer Alan Moore to take over the series. While skeptical at first, upon assurances that he would be given a wide berth in terms of creative freedom, he took the job. The movement that would follow this landmark run would reimagine how comics were created and conceived by readers for decades to follow.
The unexpected financial and critical acclaim of Moore’s Swamp Thing stems from the approach to comic writing he took that differed from his American contemporaries. He and the other British writers that would follow him abandoned the gallant and embellished style of dialogue of the Bronze Age in favor of naturalistic dialogue and more mature narrative methods. The language used in both dialogue and narration was created to read like spoken dialogue that more easily wrapped the readers in its atmosphere. The complexity of many of the narrative descriptions is something that had not been matched before either, as it comes off with a sort of poeticism seldom found in any medium outside of classic literature. The work of the British Invasion writers is often considered to be a style that celebrates the English language at its fullest potential. The maturity in the pages of Swamp Thing didn’t just extend from its gruesome or explicit material (although that was certainly an element), but from the deeply intricate and philosophical nature of the stories being written. 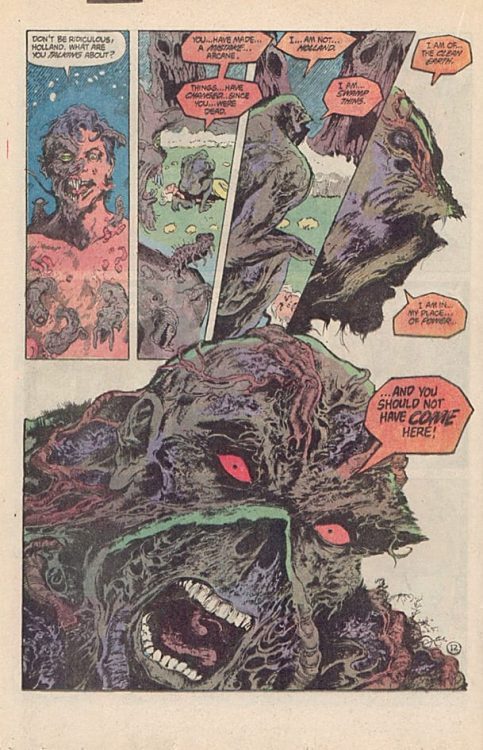 What made this initial wave of what would later become Vertigo so special was how the creators put themselves into their work. DC editor Karen Berger, who oversaw the majority of the “British Invasion” creators’ work for the new line, challenged writers to take classic characters and put their own distinct creativity into reimagining them for a new era. Berger was well aware that what Moore had started in Swamp Thing and Watchmen was the path to the future of comics, so she sought to keep that momentum going with an all-star lineup of talent. Moore took his understanding of metaphysics and philosophy and injected into Swamp Thing. Neil Gaiman took an obscure Jack Kirby character and blended his own visions of mythology and storytelling to create Sandman. Grant Morrison embedded his own spiritual experiences and investigations into counterculture in his work on Animal Man and Doom Patrol, both remnants of the Silver Age era. These writers, along with the likes of Peter Milligan (Shade, The Changing Man), Jamie Delano (Hellblazer), and Garth Ennis (Hitman, Hellblazer) crafted a new era of comics storytelling focused around mature concepts and naturalistic dialogue. Their runs on these respective characters were modern reimaginings rife with real-world parallels and messaging from the thoughts of the creators themselves. The “Berger-verse” as it was called became a massive critical and financial success in the industry, with its flagship titles matching or outselling DC’s mainstream superhero books of the era. With the Comics Code Authority broken and replaced with simple rating system (leading this new wave to be referred to as DC’s Mature Readers Line) there seemed to be only one way forward: Original comic stories. And with them, DC’s Vertigo imprint was born. 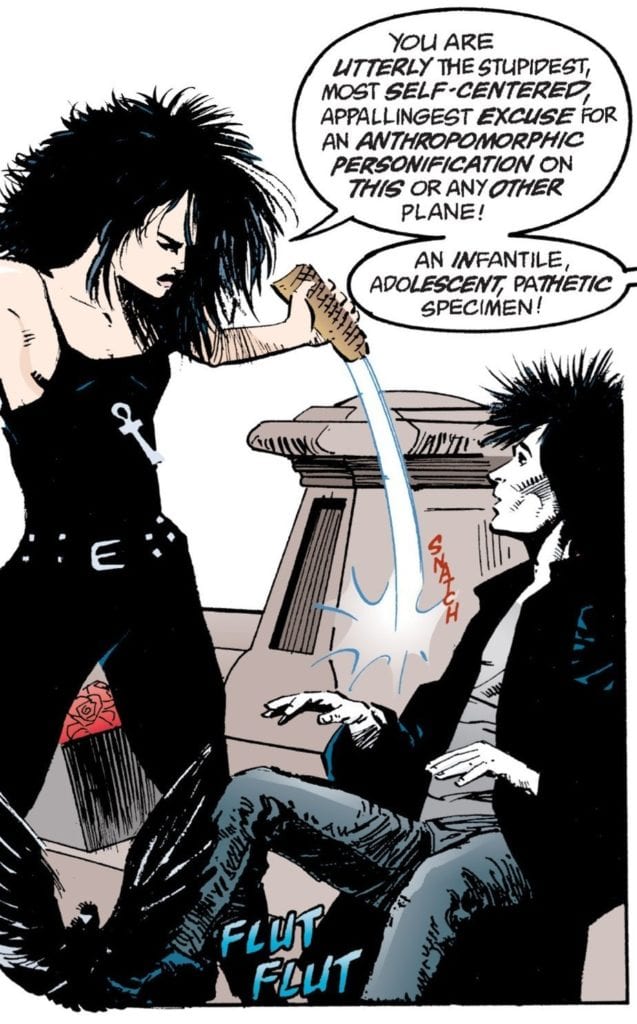 While most of the initial Vertigo lineup under Editor-In-Chief Karen Berger were continuations of previous DC Mature Readers Series (Sandman, Hellblazer, Swamp Thing, Shade The Changing Man, Animal Man and Doom Patrol), a small crop of completely original works reared their heads in the new imprint’s first year. Editor favorites Peter Milligan and Grant Morrison wrote complex and experimental mini-series’ such as “Enigma” and “Sebastian O” while DC and Berger continually brought in new talent. Vertigo’s earliest years were a potent mix of in-universe but unique comics and wholly original creations. Matt Wagner, Steven T. Seagle and Guy Davis crafted Sandman: Mystery Theater, a neo-noir series based on a character from DC’s Golden Age. Ann Nocenti and Sean Phillips continued Morrison’s work on Kid Eternity, and Peter Gross continued the story of Neil Gaiman’s Books of Magic. On the other hand, J.M. DeMatteis wrote graphic novels and mini-series’ such as Mercy and The Last One, while Milligan and artist Ted McKeever released The Extremist. While many of Vertigo’s well-established series had enjoyed long continual runs since this movement’s inception in the late 1980’s, it wouldn’t be until 1994 that a completely original work would be granted such luck. Grant Morrison’s inter-dimensional sci-fi conspiracy romp The Invisibles would run for 6 years and 55 issues. Then in 1995, in the midst of their run on Hellblazer, Irish writer Garth Ennis and artist Steve Dillon created the blasphemous cross-country epic in Preacher, which would continue on into 2000. From here, the flood gates of original creations both mini and continual would open, unleashing some of the greatest pieces of the comic medium. 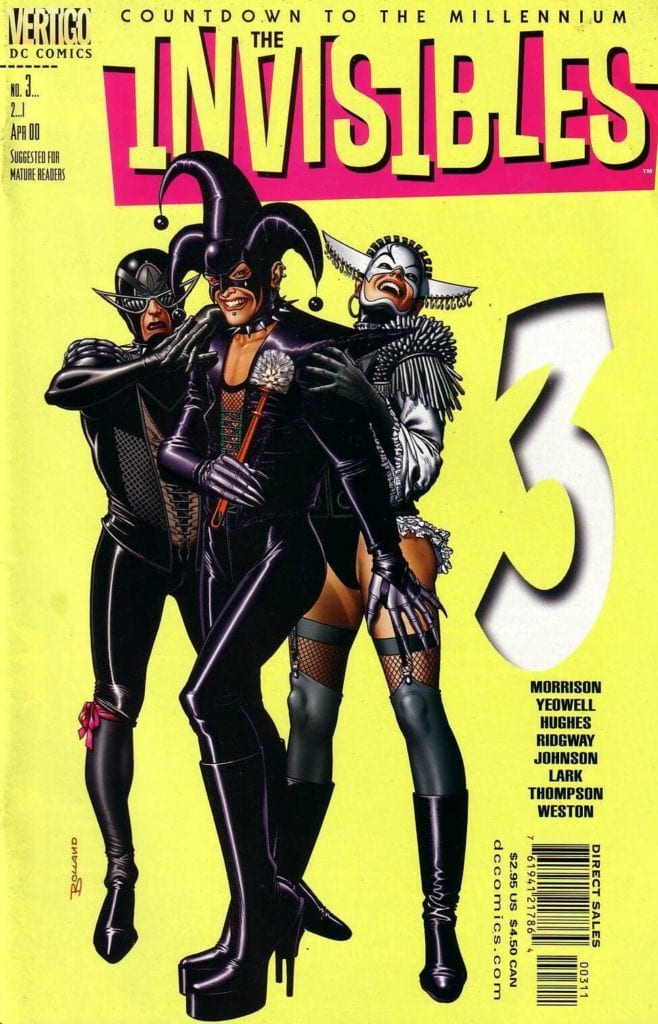 Part of what drew such critical and financial success to Vertigo, aside from its cast of fearless creators, was the progressive and transgressive nature of its storytelling. The removal of the Comics Code Authority and the arrival of a rating system meant that creators could approach any subject they wanted in almost whatever way they pleased (provided the editor said it was okay). The Doom Patrol runs by Morrison and Rachel Pollack touched on everything from Dadaism to transgender politics and gender norms. Garth Ennis’ Hellblazer covers the Troubles in Northern Ireland and rampant British nationalism. Jason Aaron’s Scalped offers an examination of modern Native American life and a criticism of the American Government’s hand in such conditions. These are only small examples, and some series cover every controversial topic that could come to mind. The comparatively niche audience comics have makes the medium ripe for offering detailed perspectives unavailable in more mainstream mediums. Vertigo made for the perfect breeding ground for these kinds of stories, which still flourish today. These Vertigo comics aren’t all as eloquent as Sandman or Swamp Thing, either. Their delivery could be as raunchy or crass as the creators desired them to be (we’ve all read Preacher, right?) to get the points of the story across.
The creative trend of Vertigo comics and its creators was no doubt influenced by the works of European graphic novelists and the rise of mature-focused comic magazines. The rise of a new wave of wildly original and fantastical works in mainstream comics was the kick the industry needed to rope in a new generation of storytellers for the future. However, Vertigo was also a chance to bring back genres from decades prior. The creation of the comics code stifled the Golden/early Silver Age wave of science fiction, horror, and crime noir comics, as much of what was covered in those pages was effectively outlawed. While they still continued in some capacity (vicariously through some superhero comics), their potential was muted by censorship. DC’s undermining of the Code allowed for the triumphant return of these genres to the popular comics audience. Original science fiction exploded in American comics with the likes of Warren Ellis and Darick Robertson’s Transmetropolitan. Unbridled and varied horror experiences could be found in everything from Moore’s Swamp Thing to Steven Seagle’s House of Secrets and Scott Snyder’s American Vampire. Crime and noir returned to the mainstream in a massive way. What started with Sandman Mystery Theater culminated in comics such as of Brian Azzarello and Eduardo Risso’s 100 Bullets, Ed Brubaker and Sean Phillips’s Sleeper, Jason Aaron’s Scalped, and Bryan Edward Hill’s American Carnage just to name a small few. This massive amount of variety over the years of Vertigo’s tenure inspired a whole new wave of creators to tell stories of their own designs in the medium, whether they be at Vertigo itself – or the publishers that would ultimately outmode it. 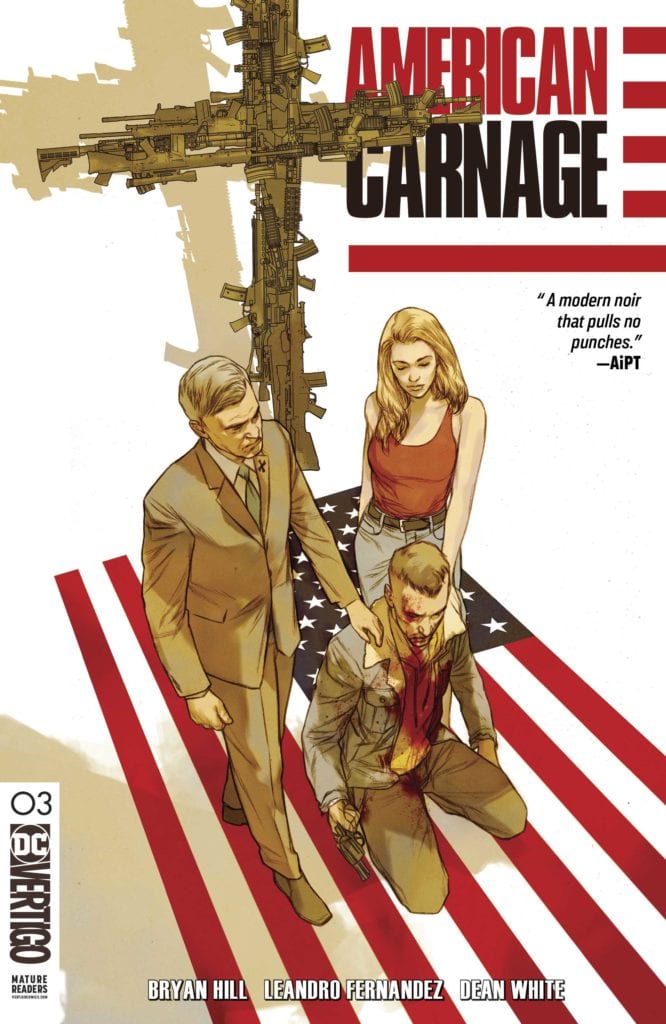 Not long after the beginning of DC’s new publishing movement, other publishers had already started similar tactics on a much smaller scale. The likes of Dark Horse and Image Comics rose as a direct opposition to the so-called “Big 2” of the industry and their ownership of creativity – the latter of which was founded for this exact reason. These smaller publishers would expose the one weakness Vertigo had: the publisher owned the stories it published, not the creators. This problem separated the mainstream from the growing scene of indie comics publishers, where creators could go to get their original stories published and retain both the ownership rights and the majority of the profits. Dark Horse and Image are both household names in the comics industry today and were the first in a slew of publishers who provided similar features (Titan, Vault, Aftershock, BOOM!, and IDW just to name a few). Today, some of the greatest pieces of the medium come from these publishers. From Hellboy to Black Hammer, and from The Walking Dead to Saga, the majority of the industry’s greatest talents both new and old have flocked to independent publishers so they can create the stories they desire with little to no interference, all the while retaining the ownership of their work. Meanwhile, the very imprint that facilitated much of the comics medium’s new wave of uninhibited storytelling has shut its doors, unable to draw enough attention in the wake of this era of comics creativity. However, the influence that Vertigo and the new wave of British comic writers had on the shape of future comics storytelling can not be understated.  Even the way mainstream superhero comics were written was reimagined in the wake of Vertigo’s influence. Comics grew not only in complexity or maturity, but in the intimacy of their characterization and the scope of what could be covered in the medium. DC’s Vertigo imprint was a paradigm shift for the comics, and one of the most important chapters in the history of this medium we love so much.