Writer Mat Groom and artist Erica D’Urso launch INFERNO GIRL RED On Kickstarter tomorrow morning at 9 AM PT, but Monkeys Fighting Robots has a sneak peek at a few artist prints and variant cover to the 100-page, hardcover graphic novel. Artwork below by Francesco Manna, Dash O’Brien-Georgeson, Tiffany Turrill, Federico Sabbatini, and Kath Lobo. Check out the press release after the prints for full details on the Kickstarter Campaign. 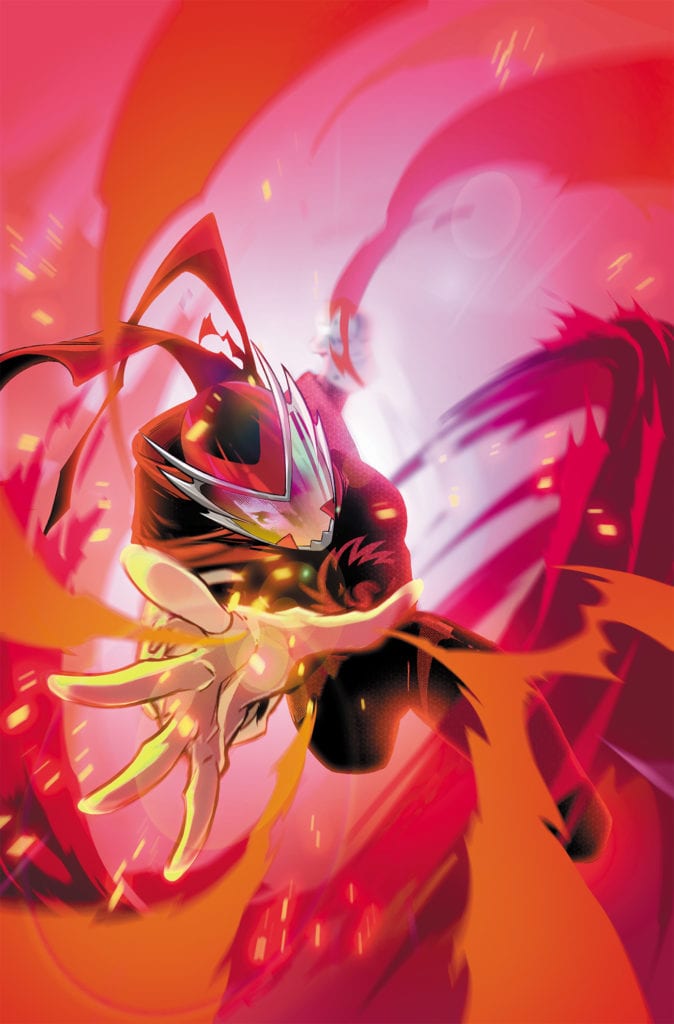 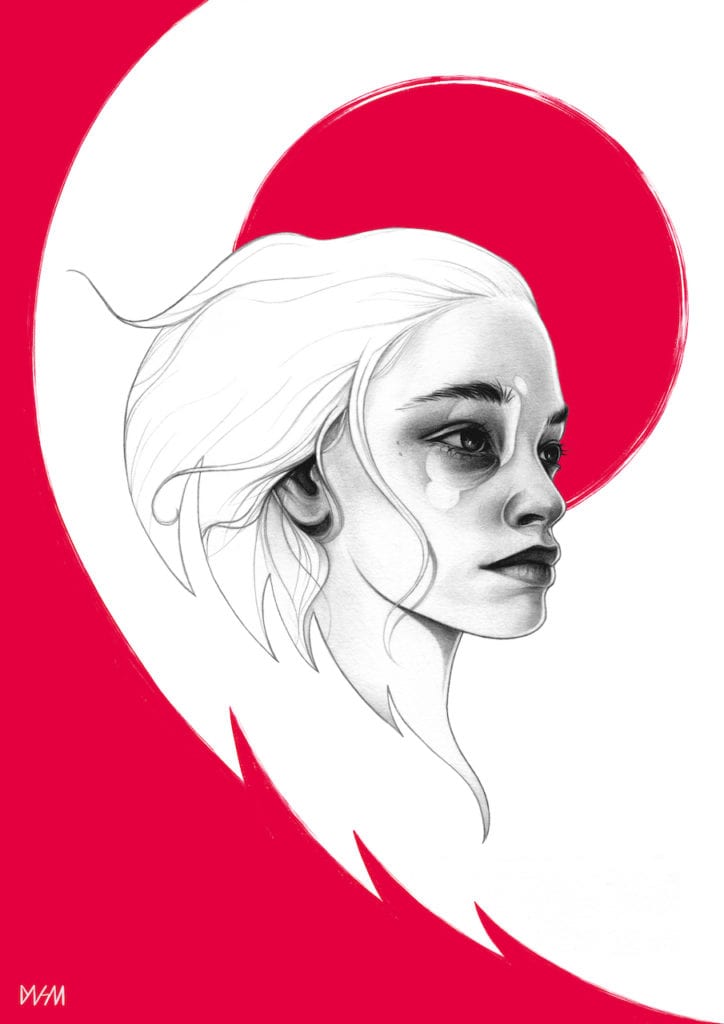 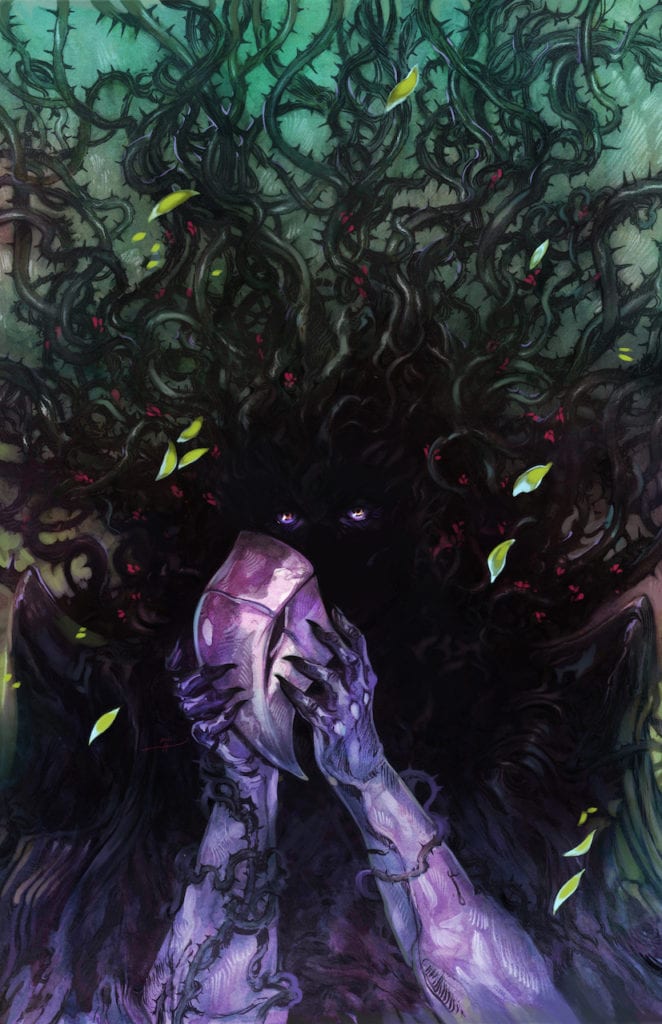 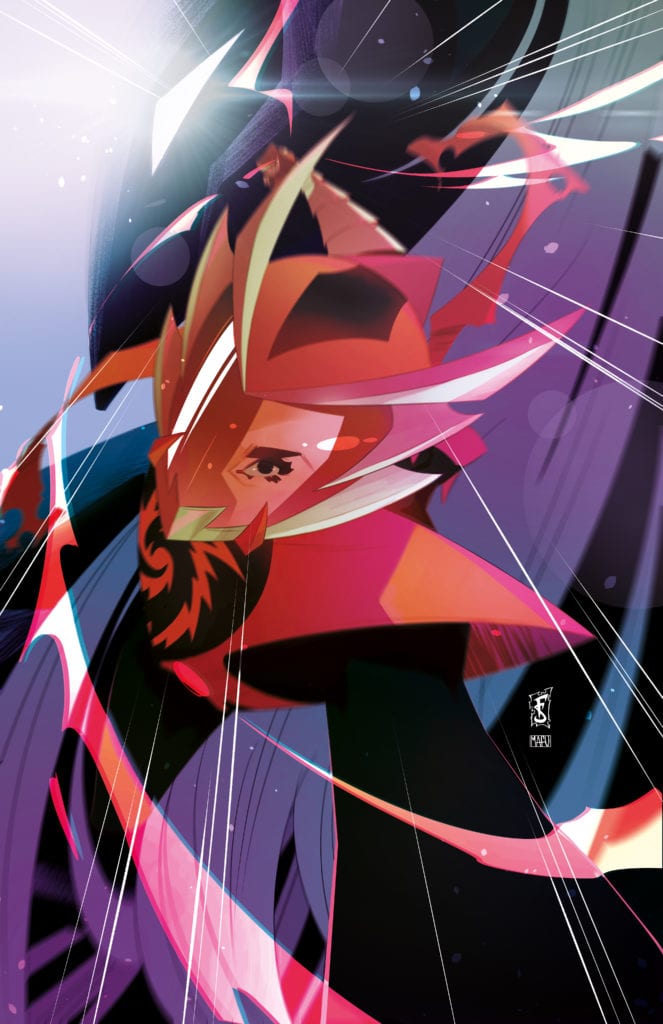 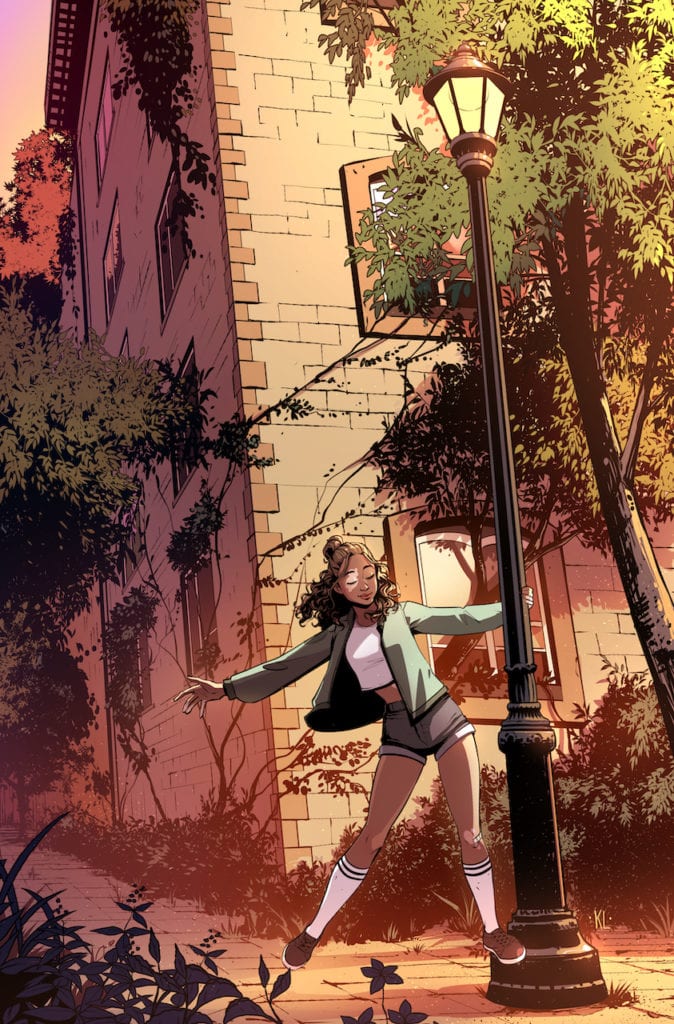 From Mat Groom, the co-writer of Marvel Comics’ hit ULTRAMAN comics, and rising star artist Erica D’Urso (CAPTAIN MARVEL and XENA: WARRIOR PRINCESS) comes INFERNO GIRL RED, an all-new original graphic novel that combines the high school super-heroic drama of INTO THE SPIDER-VERSE with the dynamic storytelling and world-building of Japanese tokusatsu superheroes, and the intrigue and relationship drama of British boarding school fiction. A Kickstarter campaign to crowdfund this all new 100-page, hardcover superhero graphic novel by Groom, D’Urso, colorist Igor Monti, letterer Becca Carey, editor Kyle Higgins, and design group For The People,  will launch later this month and run through May 5th, 2021.

We all need something to believe in. Especially Cássia Costa. An ancient cult and their army of demons have stolen Cássia’s home, Apex City.  When a magical dragon bracelet rockets into her life and affixes itself to her arm, Cássia’s the only person equipped to stop the cult from offering the entire city to their dark lord. There’s just one catch…

The magical bracelet is powered by belief, and Cássia — an intensely pragmatic, rational girl – doesn’t have much to spare. She’ll have to find something to kindle her faith, though, and fast —because she has a secret legacy to live up to. Because her mother’s life is on the line. And because Apex City needs Inferno Girl Red.

“I’ve been working on this story for about three years now,” said writer and co-creator Mat Groom. “I’ve always thought it was worthwhile, but I was never certain it would work… until I met Erica D’Urso. Erica is just wickedly talented. You can see that in her work on JAMES BOND, CAPTAIN MARVEL and XENA: WARRIOR PRINCESS. But it was her energy, her tremendous passion, that made me believe. Erica loves Cássia, and Cássia’s world… and that love infuses every part of this project. There’s nobody I would rather be co-creating this world with.”

The graphic novel is edited by Kyle Higgins, Mat Groom’s co-writer on Marvel’s hit ULTRAMAN Comics, and co-creator of the recent Image Comics’ smash hit, RADIANT BLACK. “Kyle and I share a passion for the Japanese tokusatsu genre, which is a big influence on INFERNO GIRL RED, along with British boarding school dramas and American superhero comics. There’s little coincidence that Cássia was first introduced to the world in the back of the first issue of Kyle’s series, RADIANT BLACK. In fact, the connections between RADIANT BLACK and INFERNO GIRL RED may run deeper than you think…”

In INFERNO GIRL RED, Cássia’s not shy– but bouncing around from city-to-city as her Mom bounced from job-to-job meant it was hard to make friends… and any friends she did make disappeared pretty quickly once they found out who Cássia’s mother was. So instead of socialising, she focused on learning– showing a particular aptitude for science. Now Cássia has a chance for a fresh start in Apex City. Her impressive test scores have earned her an invitation to the world-famous entrepreneur Doctor Janine Caro’s prestigious boarding school for promising young minds. There, Cássia starts to settle in. She starts to make friends. She starts to see a future for herself.

But when a magical bracelet blasts through a window while Cássia is studying late one night, everything changes. Cássia’s quickly drawn into a strange war that she previously only heard about from her mother…