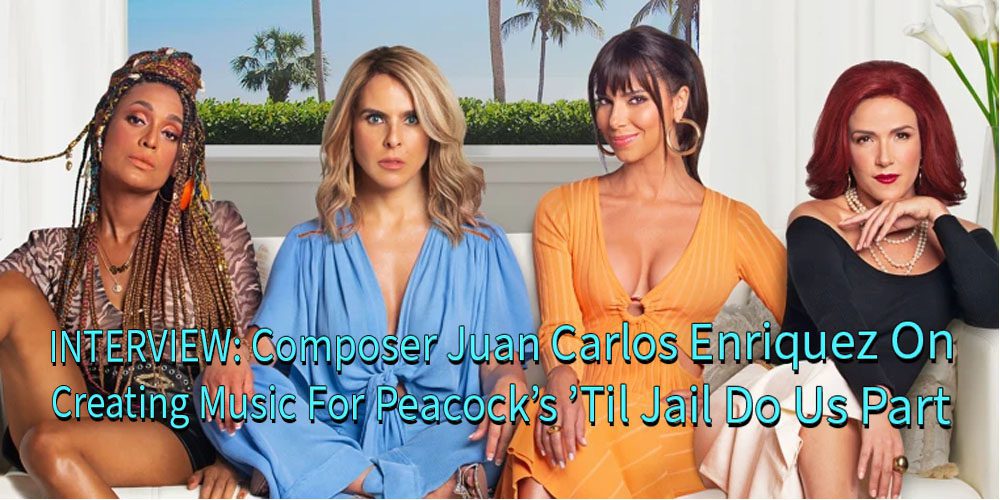 Angela (Kate del Castillo), Sofia (Roselyn Sanchez), Esmeralda (Jeimy Osorio), and Viri (Sylvia Saenz) are all married to four men who handle illicit business in and around Miami, Florida. They’re big-time mobsters serving a criminal organization run by Suazo (Rodrigo Murray). When money goes missing and the husbands are put behind bars, the wives come under assault and must band together to survive. The problem is these women don’t like each other, making for one fun dramedy.

PopAxiom spoke with Juan about his road to becoming a composer and creating the music for ‘Til Jail Do Us Part.

Juan originates from Guadalajara, Jalisco, Mexico, “the land of tequila and mariachis,” he says. “Guadalajara is a very musical city. There are mariachis and street musicians everywhere. It’s also the home of the Jalisco State Philharmonic. So I used to go watch the philharmonic as a kid with my family.”

One of Juan’s great-aunts was a classical pianist and taught him as a child, which served as his introduction to playing music. “I got bored with the exercises and started to wander off on my own, getting into bass and guitar. Doing my own thing with music always grabbed my attention as a kid,” he reflects.

By the time high school came around, Juan was playing in rock bands for fun. “At that time, I learned about this career called film scoring, and there were composers like Hans Zimmer and John Williams. There was a whole world in the US of people making music for a living and working on amazing movies, so that grabbed my attention. Combined with seeing orchestras play classical pop concerts with film scores, that ignited something in me to learn everything I could about the craft.”

Juan attended Berklee College of Music in Boston to study composing for film and television. “I moved to LA and worked for nine years, going from project to project as an assistant composer, additional composer, or additional arranger. It was there that I learned the craft and about the industry.” 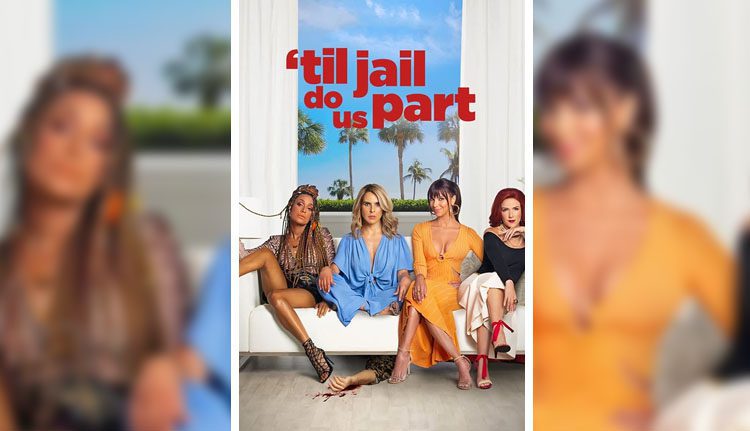 About ’Til Jail Do Us Part

“I was recommended to the producers of ‘Til Jail Do Us Part to be considered for another show which I didn’t get,” he laughs, explaining his connection to the Peacock series. “But they were impressed enough with the work that they invited me to demo for ‘Til Jail. So there was a process of demoing, proposing my main title idea, and a few scenes based on the script. Then, thankfully, they chose me.”

Juan had the scripts for the first three episodes to guide him during a short window to create new music. “They gave me a week to work on the demo. I also had meetings with the production designer and sound people to get a general idea of the show’s aesthetic and how they wanted to be different from other shows set in Miami with a Latin story.”

“I tried to distill all that, like a good tequila, into a thirty-second main title and then five scenes imagining what the edits would be,” he continues. “I was happy that they loved it. The main titles never changed; they were just recorded live. A few of the scenes stayed too.”

Productions always need more time. “Once I was brought on, it was like, ‘Here’s the schedule because we’re running and have to deliver by these dates.’ The usual post-production process.”

While explaining the process, he says that he worked on more scenes based on the rough edits. “They sent me scattered scenes, and I’d send stuff back for review. After a few passes, we got the tone of the show. Then, once the final edits were in place, I did a pass to make it all more cohesive.”

Juan explained how he tried to make ‘Til Jail Do Us Part different from other shows set in South Florida by noting, “a lot of times, you see that shot of Ocean Drive, and it’s electronic music. I went differently because of the characters and the aesthetic. It’s slightly more retro, with an a-temporal vibe to make it more unique and colorful. It’s not a drama; it’s a dramedy, so I could be playful with it.”

Juan Carlos’ process depends on style. ”When you work on a certain instrument, something different comes out of you. It’s not the same composing on a piano as on a guitar. So, each style evokes a different method of approach,” he explains.

On ‘Til Jail, he says, “I started on the piano to see if I could get the main theme happening. Then I started orchestrating from there, adding percussion and guitar. The main title was the root of the style because it worked well. I wanted the main title to be a melody throughout the show so that the music appears in different variations when the main characters work together. As the season evolves, it gets more intense too, so I was able to add more instruments.”

“I’m very hands-on and like to play the instruments to see what comes out,” he shares. “You never know; it’s like a stream of consciousness writing. Some composers are effective at programming the music, working the notes directly into the computer. For some styles, it works. For me, it works to play it myself.”

As a kid in Mexico, Juan reveals what kind of movies he was exposed to. “You get the blockbusters. I had no idea about the indie world until I went to college. In Mexico, you get Bruce Wills and Keanu Reeves. So, I grew up with Hollywood blockbusters and animations, which I love. They have a special place in my heart.”

“I love the composer Harry Gregson-Williams, an English composer who did the soundtracks for Narnia and Shrek. Also, amazing thriller movies like Spy Game and The Equalizer. I love his style of blending orchestra with electronics.” Like every musician, his influences come from a wide range of sources. “Being Mexican, I was exposed to many composers from Latin America like Jose Pablo Moncayo.” His style, he says, is “a mix of classical Mexican composers and Hollywood blockbusters.”

Juan wants to work on bigger action movies or thrillers. He’s thankful to have worked on projects like Furious 7 and Narcos. “I got my feet wet, and I want more.”

‘Til Jail Do Us Part is available now on Peacock. Juan also scored the Netflix mini-series The Secret of the Greco Family. It’s set in the 80s in Mexico and is based on a true story about a rich Mexican family that starts having financial trouble. To keep up with the Joneses, they start kidnapping their kids’ friends to ask for ransom. It’s based on a true story that happened in Argentina.

There is more to come from Juan Carlos.

Is ‘Til Jail Do Us Part on your watch list?

Thanks to Juan Carlos Enriquez and Impact24 PR
for making this interview possible.