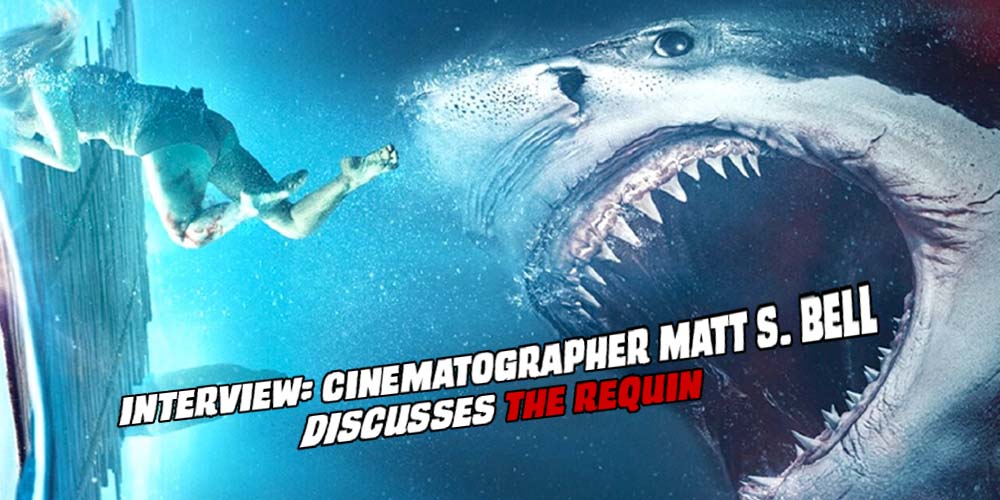 The Requin is a horror thriller starring Alicia Silverstone (Clueless, Batman & Robin) as a woman fighting her life when stranded at sea and surrounded by great white sharks.

Written and directed by Le-Van Kiet (Furie), The Requin (French for shark) follows Jaelyn and Kyle, a married couple, on a tropical vacation in Vietnam. Jaelyn’s dealing with the trauma of a miscarriage, and the trip is a way for her to heal. However, when a storm hits, the couple’s bungalow is ripped away from the land and washed out to sea. Kyle’s injured in the process, and Jaelyn must do whatever she can to keep bloodthirsty great white sharks from turning them into snacks.

Matt is a rare cinematographer who lives out of an RV, driving from set to set. “It takes a certain personality, but it’s just my dog and me, and we love traveling.”

“I had an apartment I don’t care about, and half the time,” he explains, “I’m in a hotel somewhere for a movie. So, I thought I needed to leave a set and go wherever I wanted. So, I got an apartment on wheels. Then, a few months later, the pandemic started, so it kind of turns out I got into that at the right time.”

Before hitting the road as a director of photography, Matt grew up in Louisiana and did many other things. “I was a hockey player for about 19 years of my life. In college, I didn’t know what to do, but everyone told me to study engineering, so I did.”

“I switched my major seven times until I found photography,” he admits. “But during that time that I was switching, I was also playing music. But it turns out I’m not that great of a drummer. So a much better friend replaced me. But, of course, I wanted to remain in the group, so I picked up the camera.”

Matt attended the University of Louisiana at Lafayette. “During my time in the arts program, it became clear to me that motion picture is where I wanted to go. My photography was very story-driven. So I’d write little short stories and create photos around those stories.”

“I started reaching out to productions,” he says after graduating in 2012. “One got back to me; it was American Idol. I was like, ‘yes, this is it, I’ve done it!’ I got to that set, and I had no idea what I was doing. I showed up with my polo tucked into my jeans. I was a sore thumb on day one. But it was evident that this was the direction that I wanted to go.” 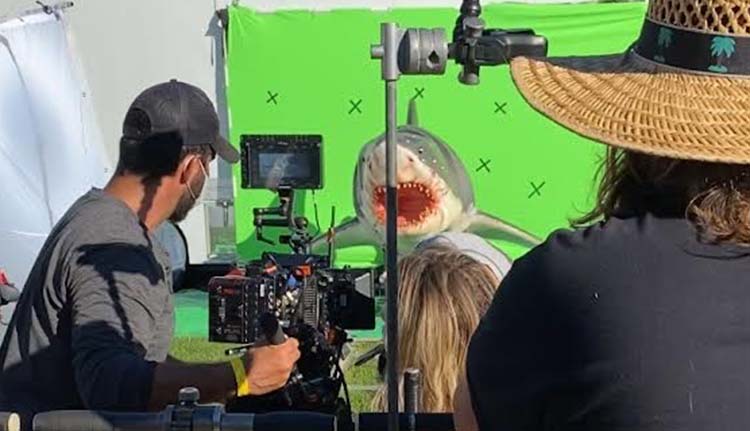 Matt had just finished a three-picture deal when “… I got a call from producer Aaron B. Koontz. We’d discussed working together, but it hadn’t worked out. He offered me the chance to work on this Alicia Silverstone shark film.”

“I have a background in making these niche horror movies,” he shares, hinting at some of his other shark-related films like Ozark Sharks and Santa Jaws. “I read the script, and it was exciting. A lot of great action sequences.”

The Requin, unlike most of Matt’s other shark films, was an indie film and not attached to a network. “So, we could put this together based more around a three-act structure and make it more cinematic. We could do sweeping one-shots and shots that start in close on Alicia then pull out to this vast open sea. We try to get away with that on network features but due to strict editorial guidelines where we’ve gotta cut stuff down to make it fit.”

“Something like Santa Jaws that’s made for SyFy,” he explains, “is structured around commercial breaks. So, the script is broken into eight or nine acts. Every 5 or 10 pages is an act break which is crazy fast for building up tension. It’s hard to let shot sit and marinate. So, the idea that we could let the frame linger was very exciting to me.”
Matt and director Le-Van Kiet hit it off from the start. “My first phone conversation with Kiet was two or three hours long. After that, we just hit it off talking about movies and ideas for The Requin.”

“We knew going in that it was a big script for the budget we had, but that was exciting for both of us,” revealing that it only motivated the filmmakers even more. “I could hear the passion in Kiet’s voice, and that only made me even more passionate.”

Matt is an expert of sorts when shooting on the water though there’s no science. “You can’t walk outside and block on the water — not really. So we used our phones to shoot conceptual storyboards. It’s tough to prep a water movie. It’s hard to practice without going out and doing it. But that’s dangerous.”

“Water is so heavy,” he continues. “It’s hard to move around, and you have to waterproof everything. It’s easy enough to waterproof a camera, but when it comes to getting the shot you need, that part is super-hard to achieve.”

Of course, every film project is a unique beast to figure out. “In a perfect world, you’re on a hydraulic set that you can move around through programming. We’d be dry, indoors, and lighting it exactly how we want it.”

“We ultimately ended up in an outdoor, Olympic-sized swimming pool,” he shares. “It was lakeside and at an RV park, so my home wasn’t too far. But, unfortunately, it was December too, and it wasn’t a heated pool, so we had to heat that ourselves.”

Filming next to a lake included some other environmental effects. “Also, the amount of weather we got from being lakeside was surprising. A lot of whipping winds coming off that water. It was harder to control things the way that we wanted.” 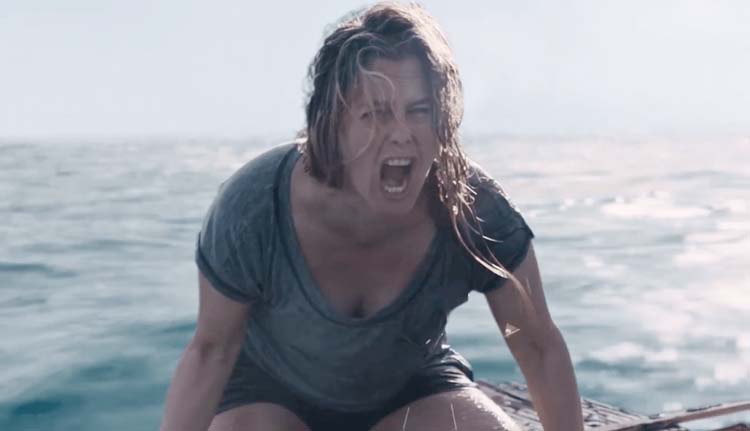 The Requin is available on Amazon Prime and for rent on YouTube. Matt says he’s “a very story-driven cinematographer. So, my ultimate goal is to move into the director’s chair. I’ve done a few commercials and shorts. I want to be involved in and understand the different roles in a film. I think if you want to be a director, you should get to know the different stresses that affect every department.”

“I just did a psychological dark-comedy called Half Lives with Fran Kranz,” he says about upcoming projects of which there are many. “I’m excited for that one because, from a photography standpoint, I was able to venture out and use weird lenses and techniques. Many techniques that are considered ‘wrong’ like ‘jumping the line.’ We did a lot of that for various reasons. That was director David Bush’s idea.”

Thanks to Matt S. Bell and Projection PR
for making this interview possible.