This week’s book is probably one of the most 90s properties there is. Lobo was created by Roger Slifer and Keith Giffen ( the artist on this week’s book as well) in Omega Men #3 (June 1983). Lobo is an alien from the planet Czarnia and works as an interstellar mercenary and bounty hunter.

He was first introduced as a villain in the 80s but soon fell out of popularity. He was revived as an anti-hero biker in the early 1990s.  Lobo as a sort of parody of the 90s “grim and gritty” superhero stories and characters (Cable, Wolverine, and Punisher); he was then enthusiastically accepted by fans.  This popularity led to Lobo having a high profile in DC Comics stories from then on and as starring roles in various series. Lobo Infanticide is one of them. 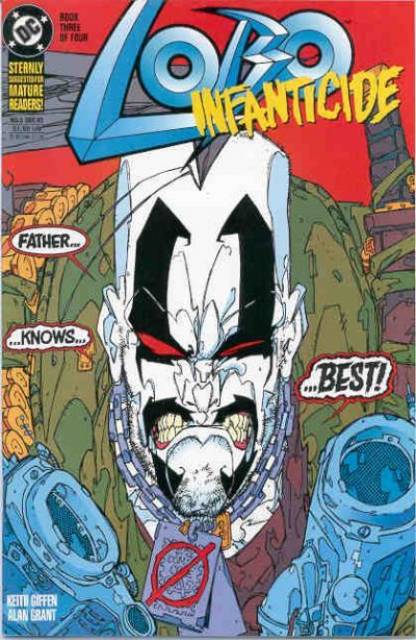 From the opening pages of Lobo Infanticide #3:

The story so far…sick of humiliation and contempt, 200-plus of Lobo’s illegitimate children (or bastards) are scheming to bring about the death of their evil dad (or bastich). So why are the battle squads descending to the surface of Czarnia?

That’s a pretty crazy intro and set up. It’s pretty obvious this isn’t a serious comic (and NOT AT ALL for kids). But it’s effective and sets the tone for the book perfectly. So let’s take a look at some pages!

Take a careful look at all the crazy linework of Giffen and the awesome digital coloring that helps make the whole thing such a unique looking book. No one drew Lobo comics like Giffen! There’s so much wild energy! And there’s also some great lettering by Todd Klein!

Great stuff right?! These pictures do not do it justice.

As always, I like to highlight ads in these old comics. The adverts help place it in a time and help tell what was going on in comics and pop-culture at the time. The ad for Superman’s Death is classic and you can tell where DC was going with their Big Two characters with the ad for Bane. The best ad though is the subscription page for DC/Vertigo (although they weren’t using the Vertigo banner just yet). Love they use John Constatine and that he’s smoking (anti-heroes were always lighting up back in the day). 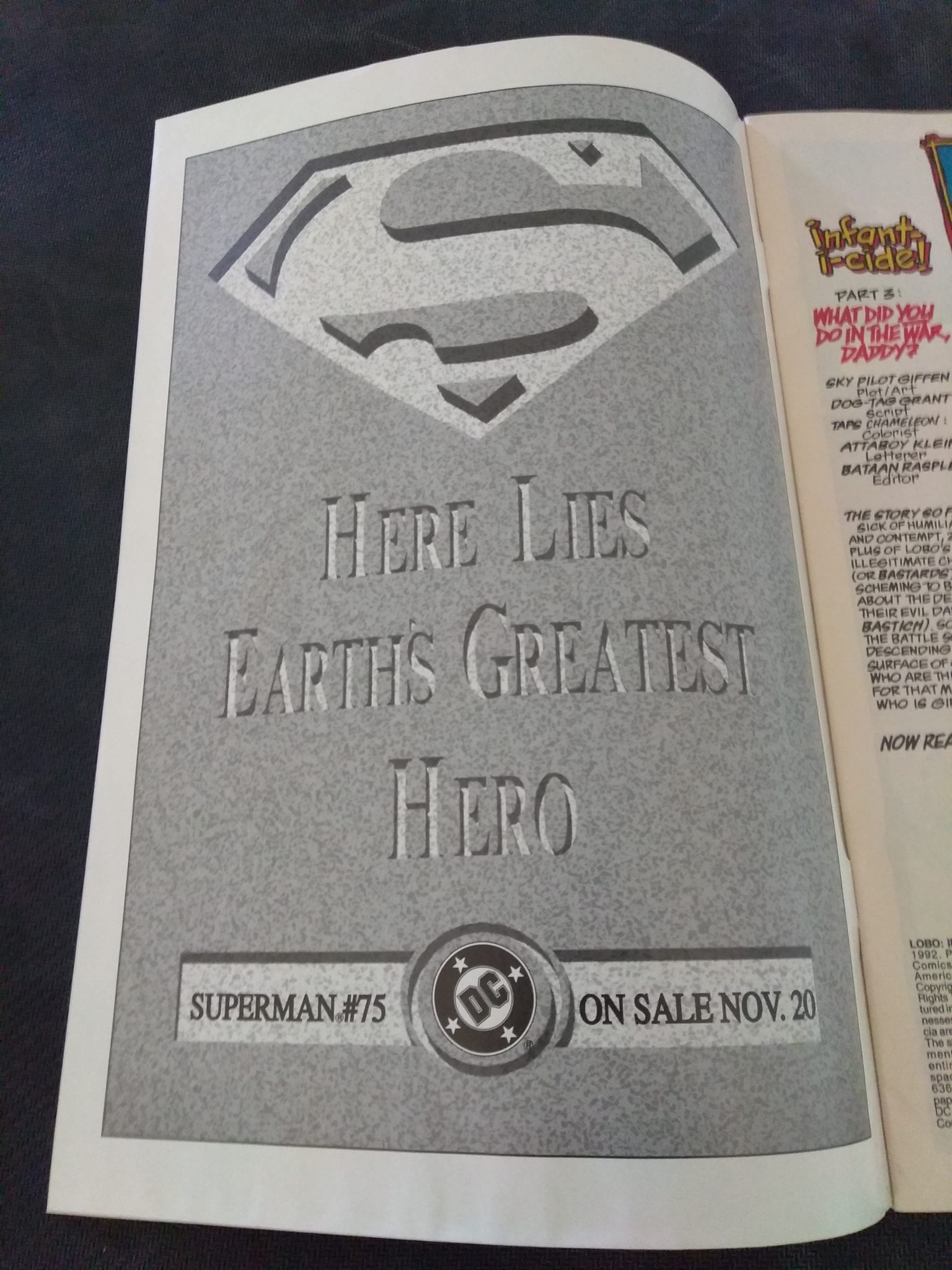 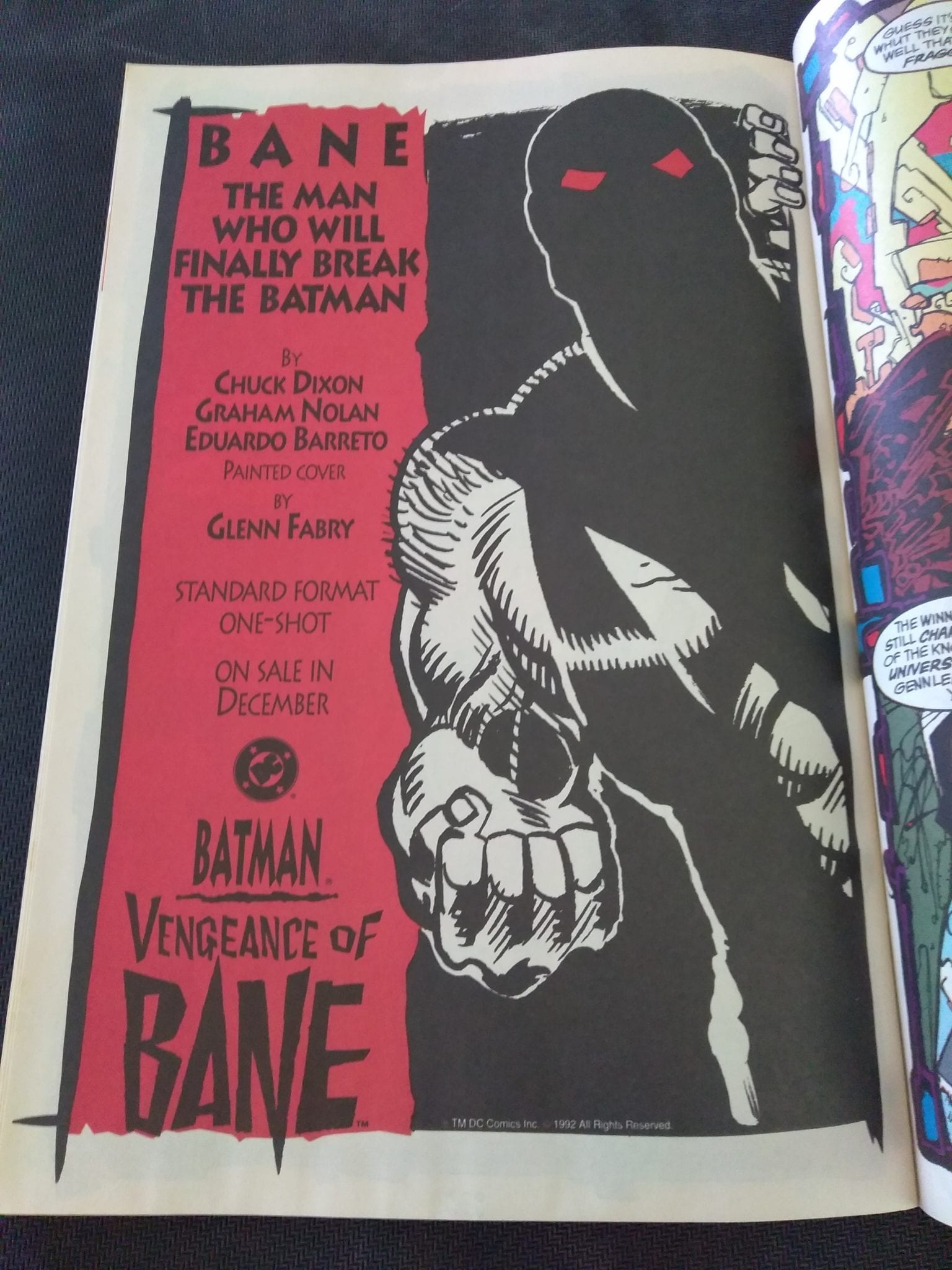 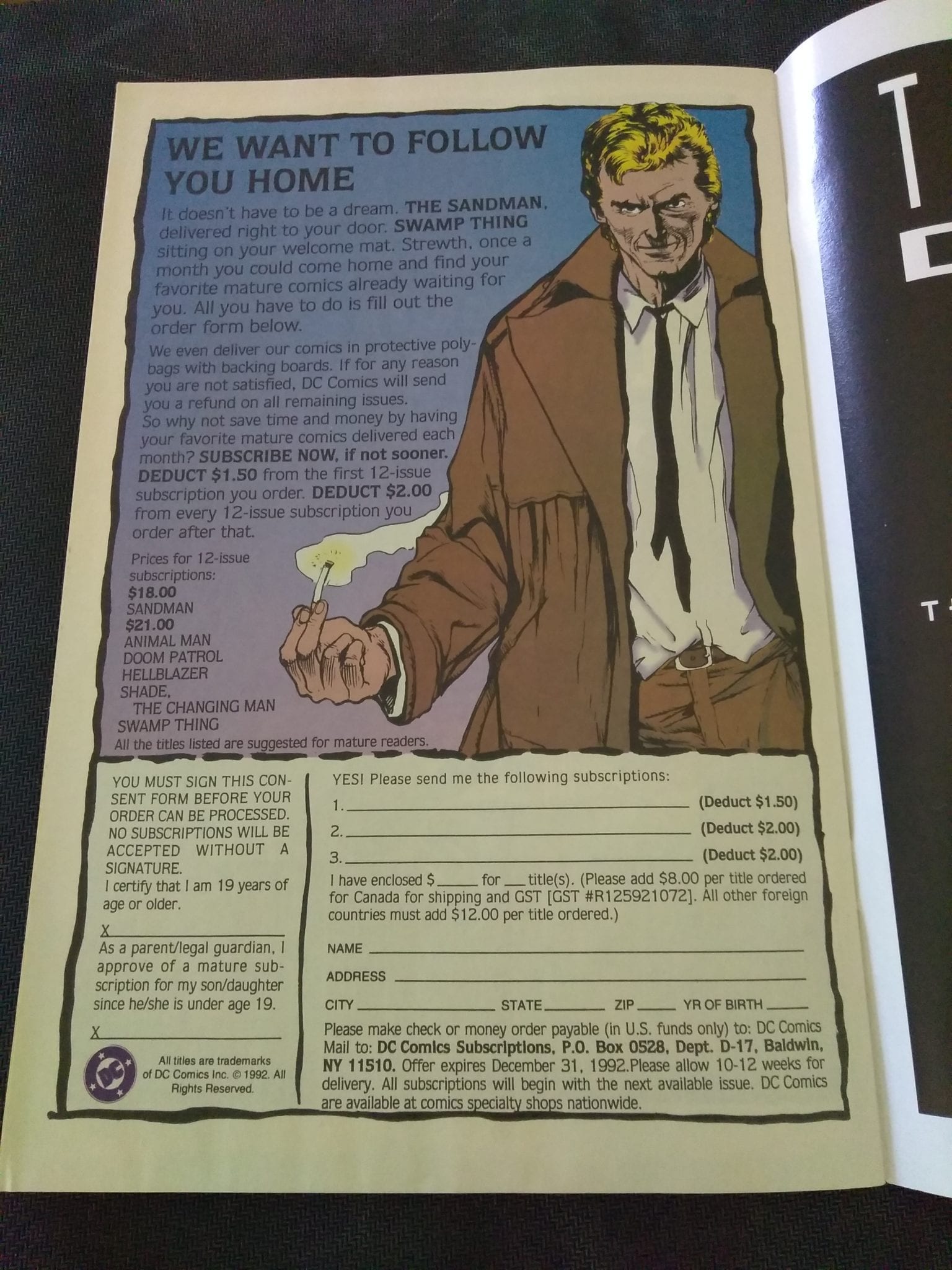 And finally here’s something you still see today in comics; fans sending in cosplay! This being Lobo, the fans and submissions are very interesting, to say the least. 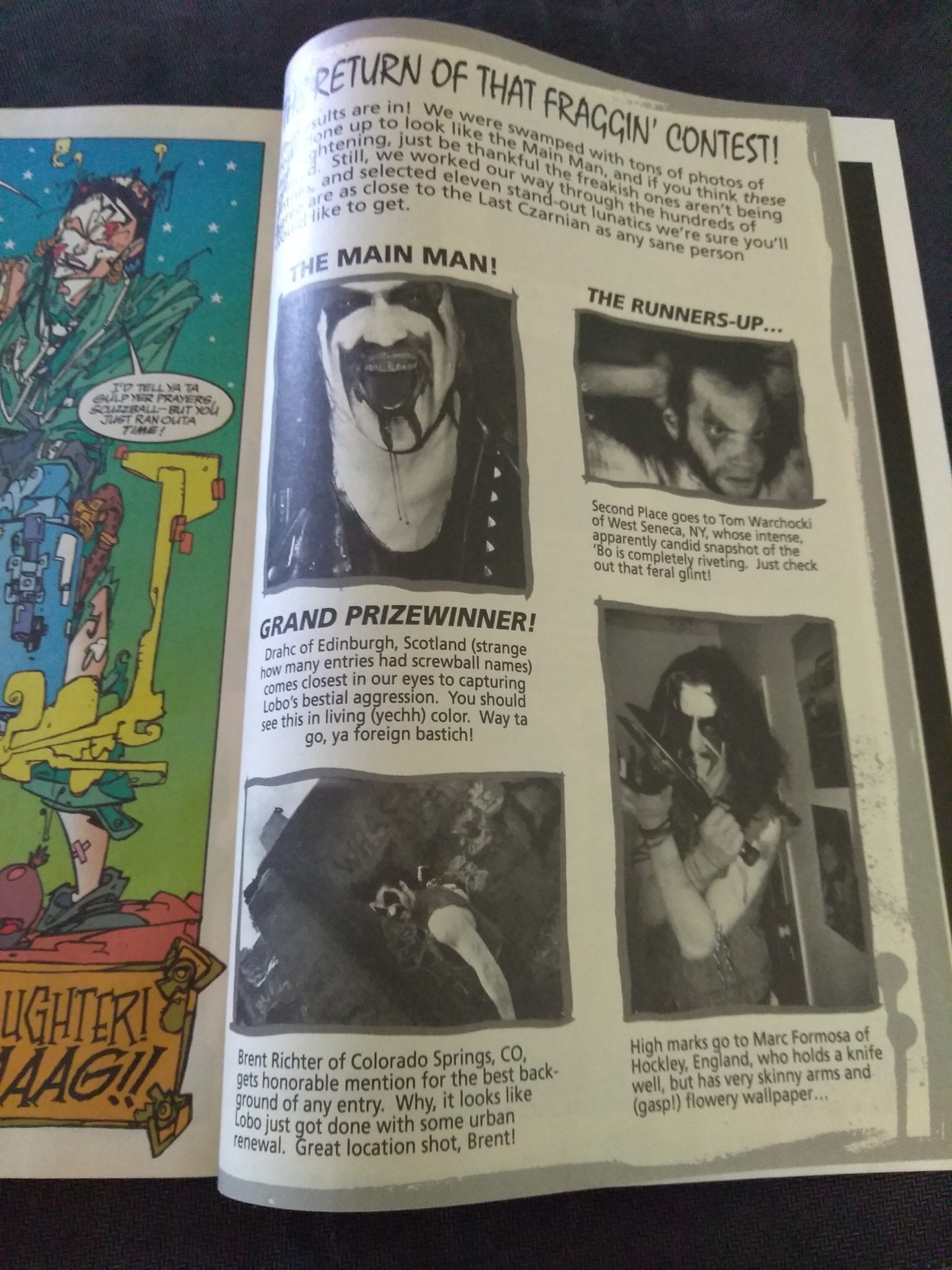 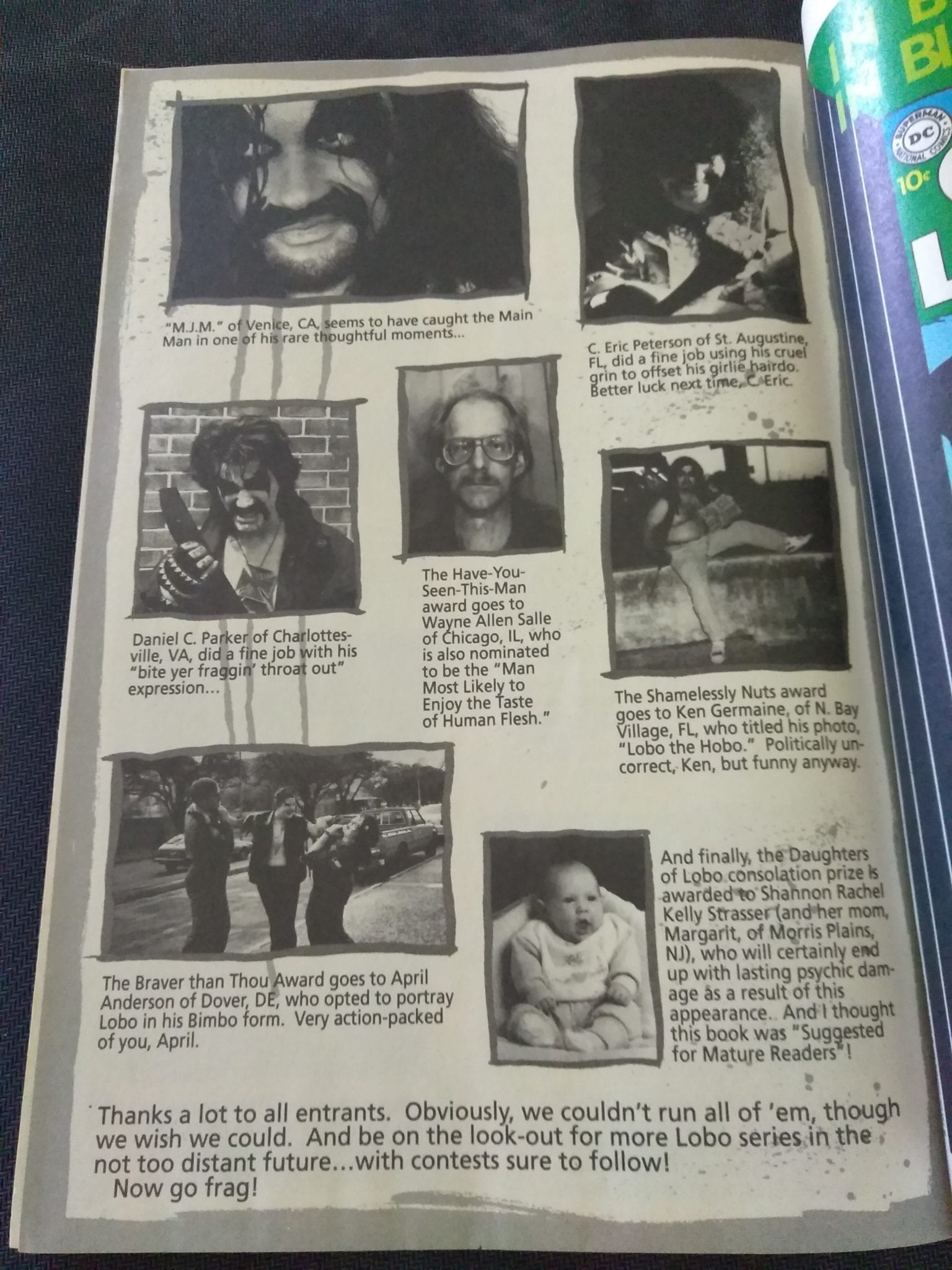