This week’s book is Eagle #1 from Crystal Comics. The story is pretty awesome: Richard Eagle is a vigilante/ninja who is also kind of a private detective. Oh and he mystical/occult powers too. After his friend, another private eye named Colt (great name!) is murdered by a ninja cult, Eagle starts an investigation; and it all leads to Lord Kagami, a villainous demonic cult leader out to destroy Eagle.

Like I said, pretty good stuff. And the thing also looks cool as hell! So let’s jump right into the issue! 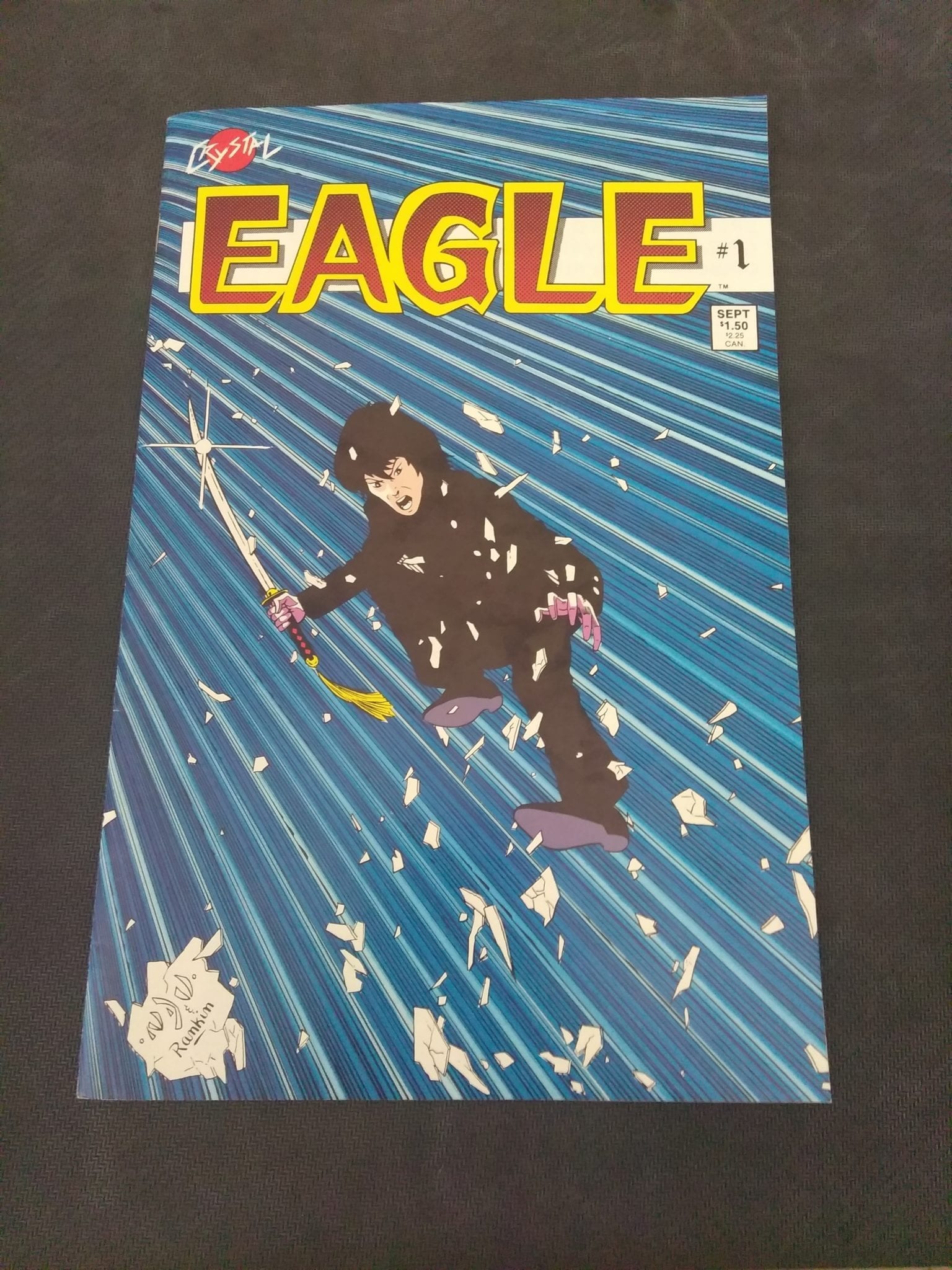 Ok, that’s one cool looking cover. It has a huge manga vibe (that blue background with speed lines) and Richard Eagle also looks A LOT like Bruce Lee, which is also very cool. All in all, a cover that does grab your attention. 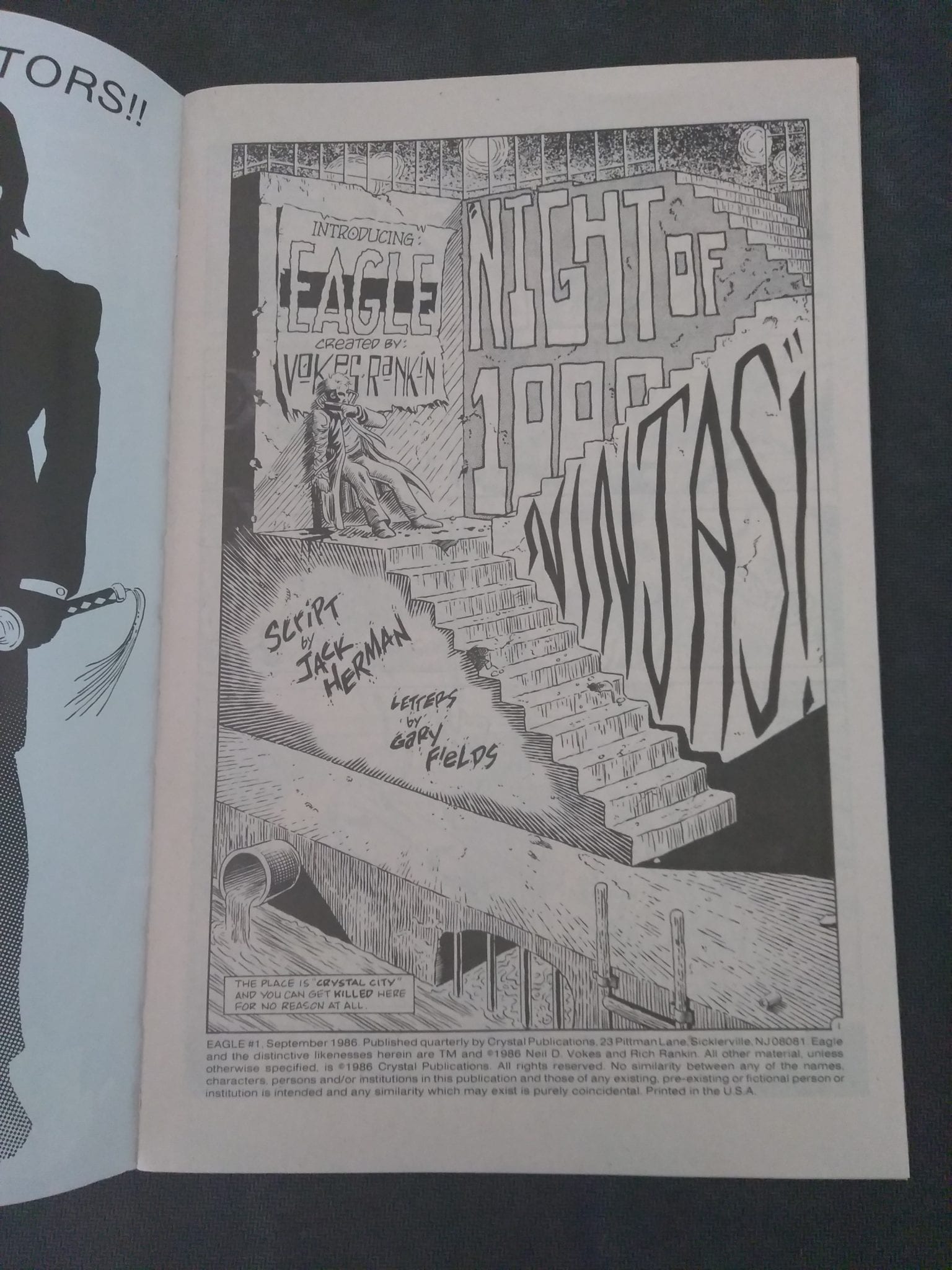 This title page is awesome. I love all the shapes made by the layout; it even has a Will Eisner vibe. The poster on the wall being used for credits is a very cool touch. And the title, ‘Night of 1000 Ninjas’ is just pure 80s goodness. You have to be totally in at this point. 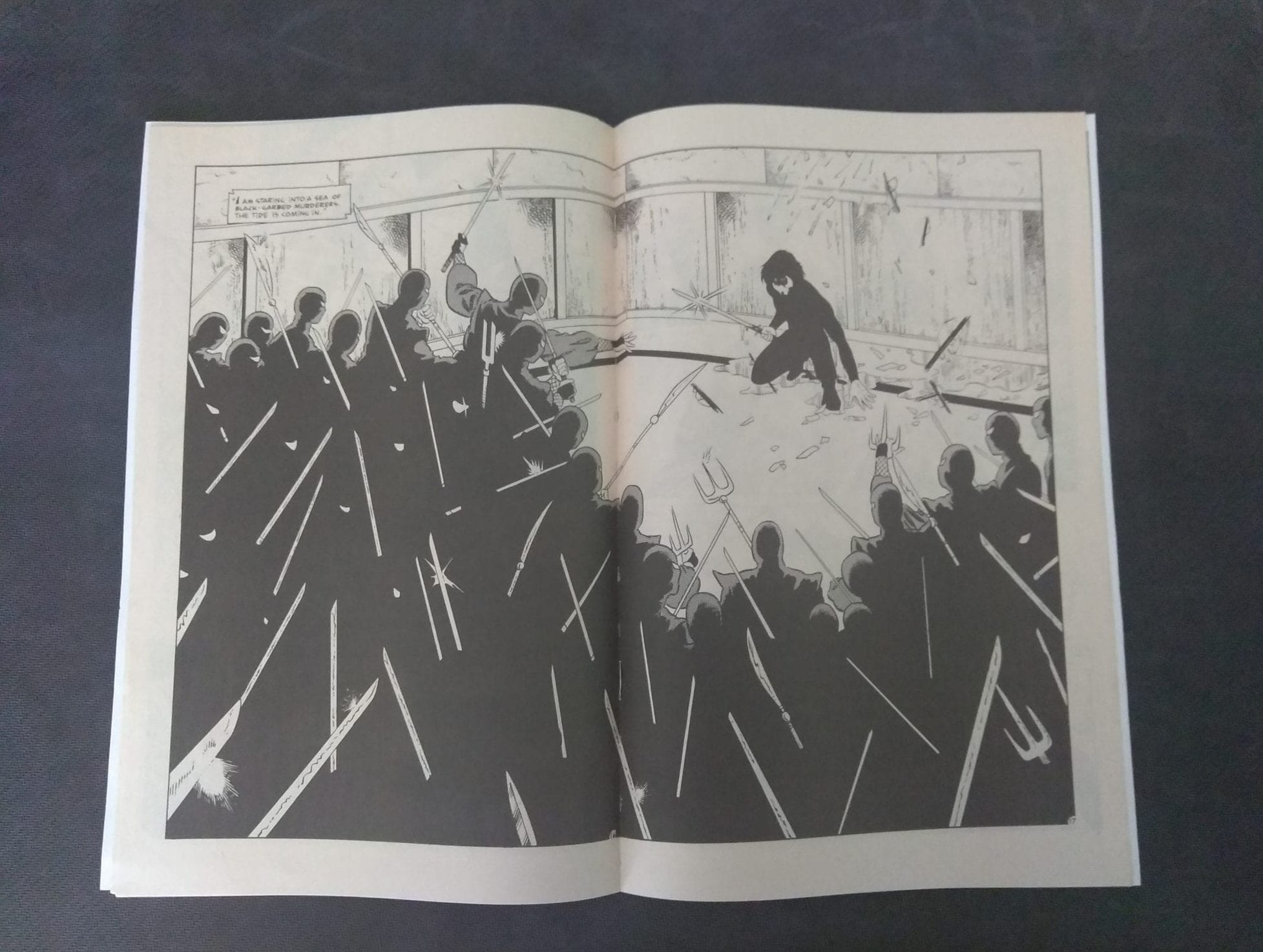 This double-page spread is one of my favorite things in the book. Love the composition and the use of black with all those ninjas (the swords look awesome!). It’s actually an effective image because you totally feel how cornered Eagle is. 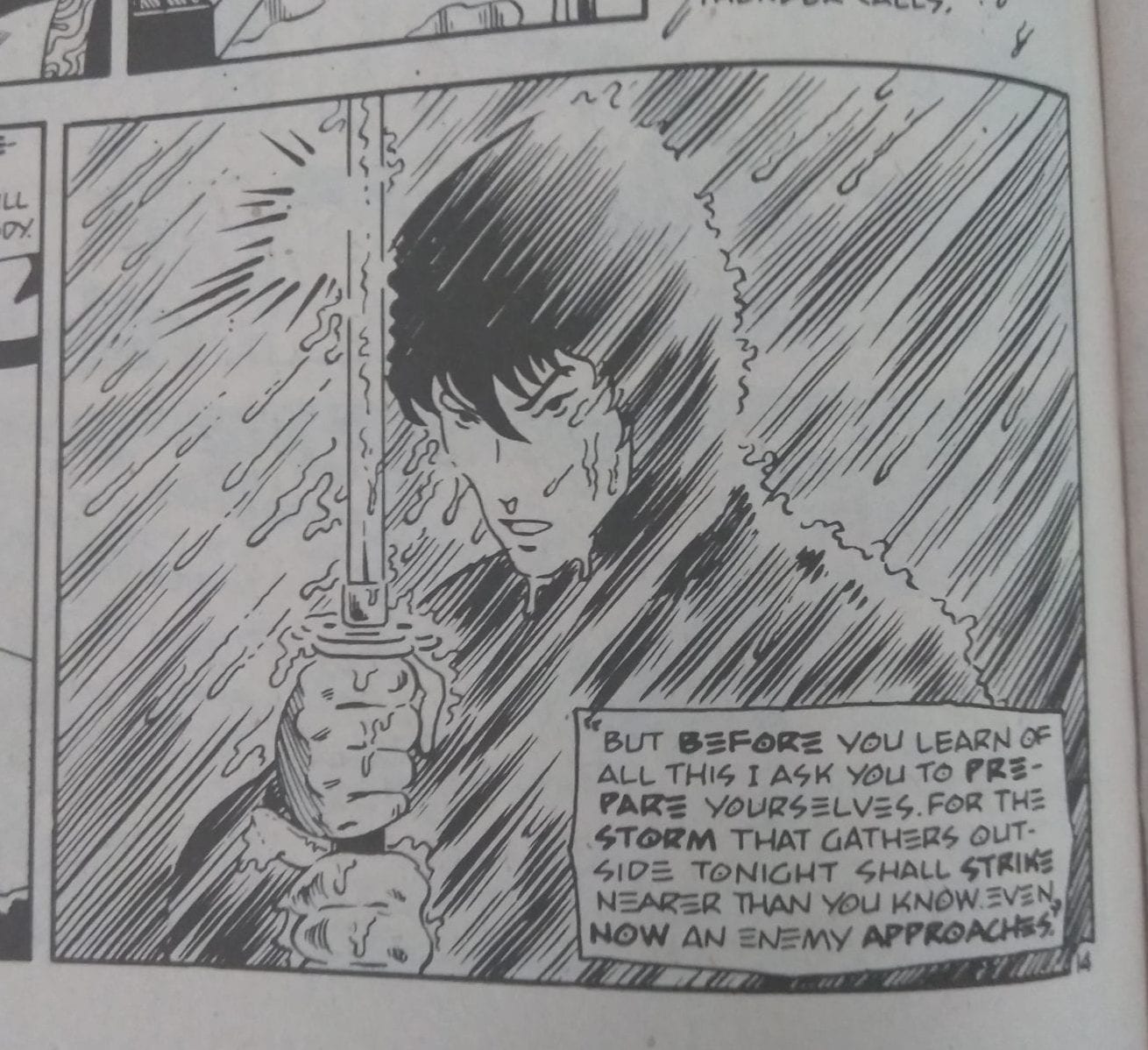 I really dig this image. The splashing rain and lines give it a totally 80s manga feel. 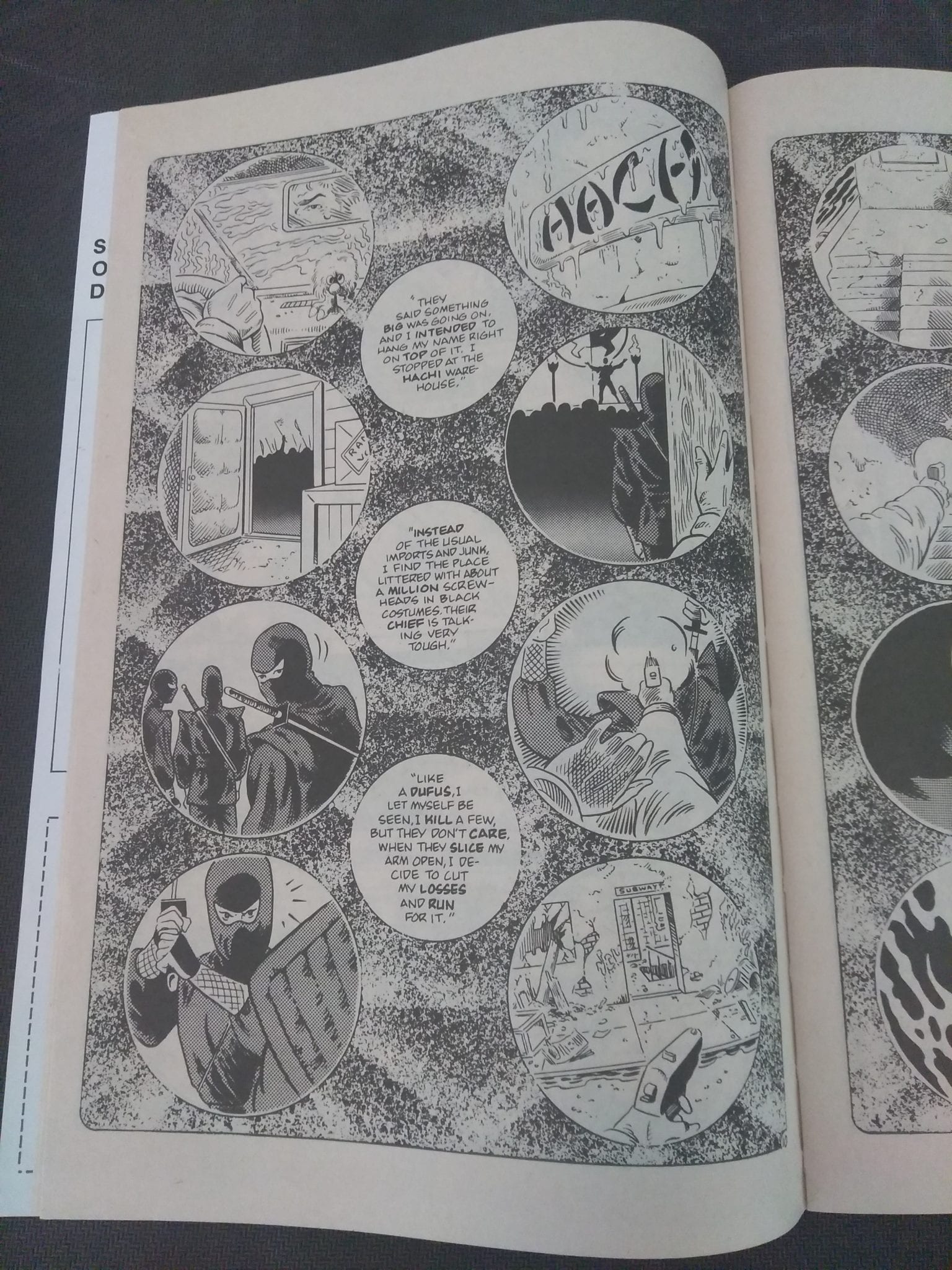 Another great full-page layout. This is from a mystical vision scene and it has a strong Doctor Strange Dikito era vibe. Those circles make for a great floating effect. 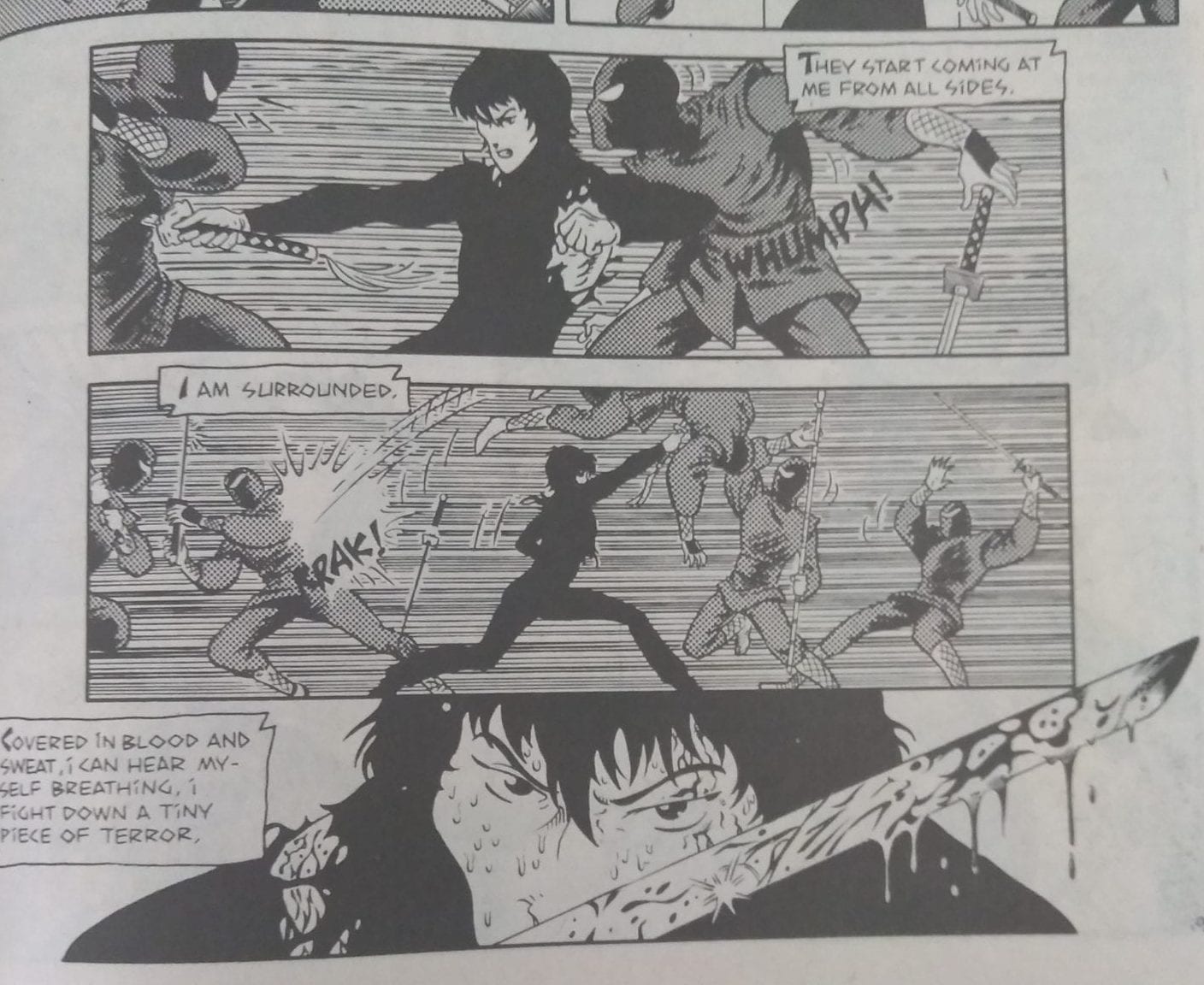 I love this fight. It moves fast and again those speed lines! Also, all these pages have some great lettering.

I usually talk about the ads in these books, but being an indie book, Eagle has very few ads. But it does have two very cool things at the end. Let’s check those out.

First is this cool pin-up credited to Matt Wagner (Grendel/Mage). 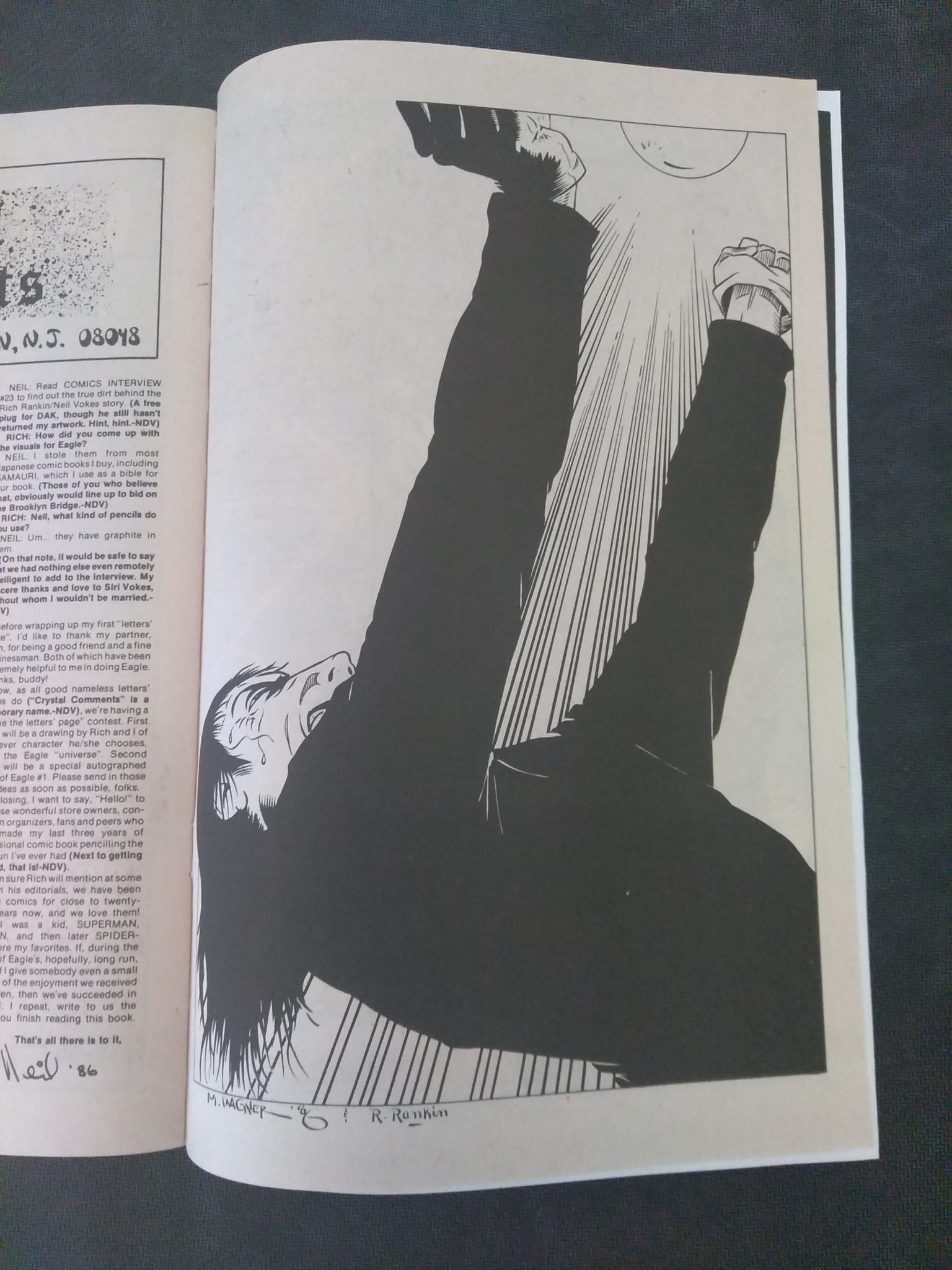 And then there’s this. It’s the petition to get Jack Kirby’s original art back to him from Marvel Comics and the petition was started by The Comics Journal. You see a lot of these in random comics from around 1983. It’s neat to see how so many indie publishers were behind this. 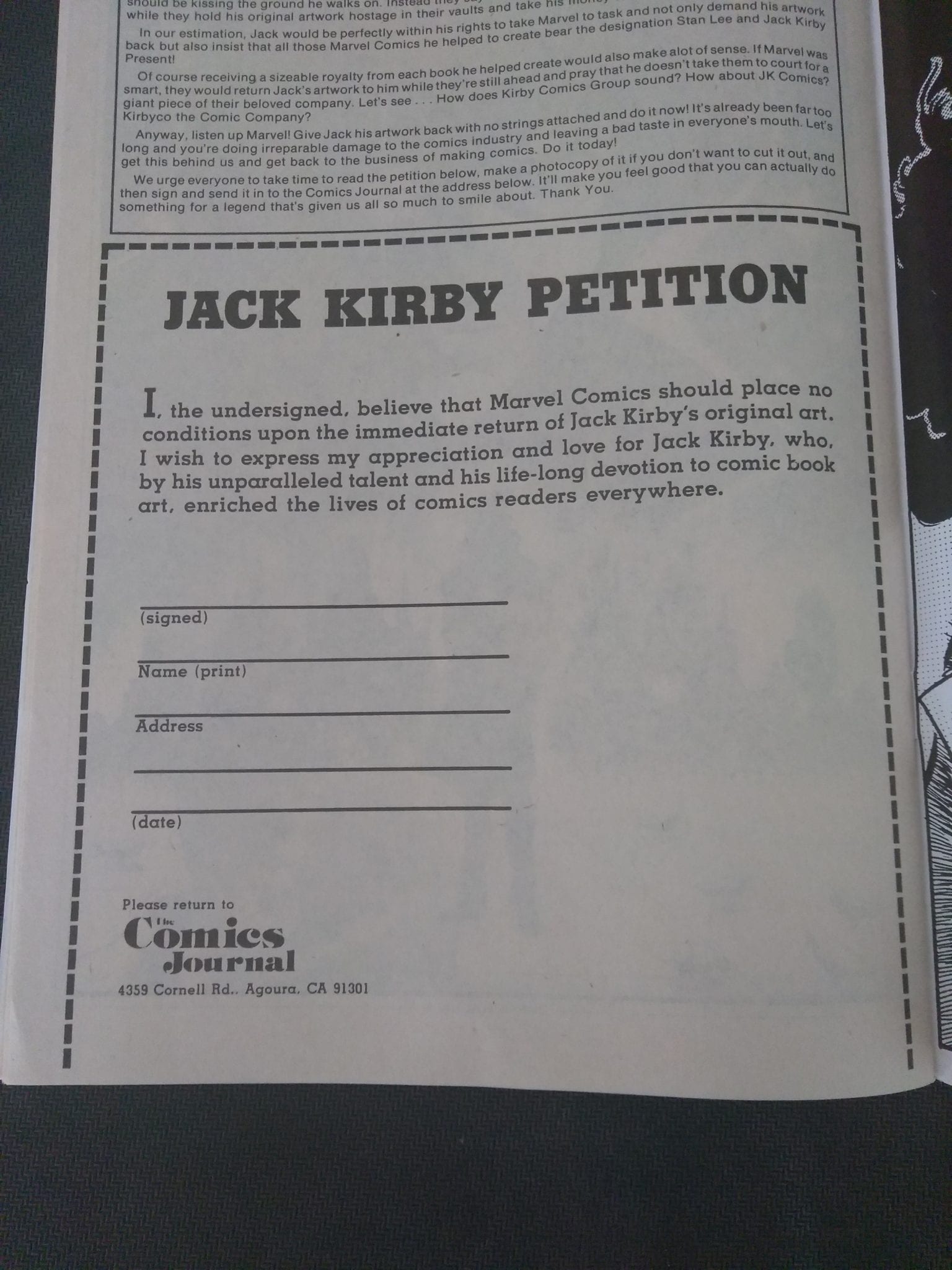 Eagle #1 has been one of the most fun books I’ve dug out of a dollar bin and I’ll definitely be on the lookout for more in the future.