We Only Find Them When They’re Dead is a new science fiction series published by BOOM! Studios that tells a wondrous tale in a universe very unlike ours. Despite the difference in setting between the story and our own world, the characters are still relatable, and Al Ewing makes this happen through two very simple techniques. 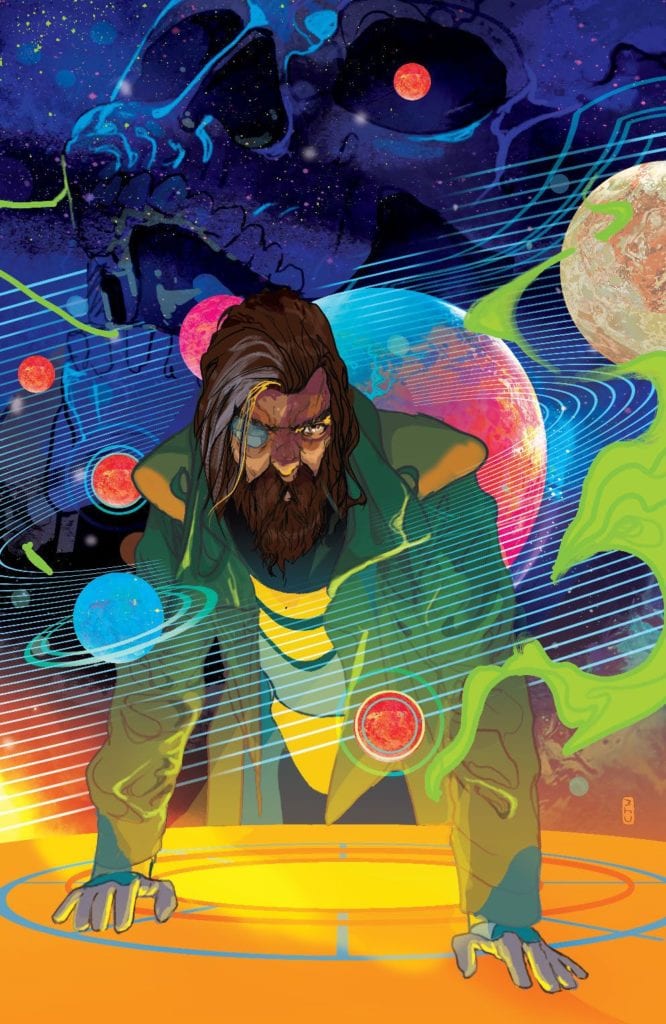 The writing of Al Ewing allows We Only Find Them When They’re Dead to have characters we relate to, but it would be a disservice to the book to neglect to mention the brilliant illustrations of Simone De Meo, the beautiful color assists of Mariasara Miotti, and the fantastic lettering of AndWorld Design. The first issue — out now — is gorgeous, and the fun cartoon-like feel of the art only adds to the adventurous nature of the main characters’ quest. The first issue is an incredibly fun journey into a world so imaginative and interesting that one would have a hard time not following the series after such an astonishing start.

In science fiction, not only are the creators allowed to flex their creative muscles as much as they would like, but the stakes in science fiction adventures can be higher than anything found in realistic fiction. This allows for some incredibly nerve-wracking scenarios, but this can be ruined without an emotional connection to the people that are in danger. Unfortunately, a significant error that many science fiction tales make is creating a group of characters that live such different lives that it is hard for anyone to relate to them. If their cultures and the way they express themselves are so different, it is challenging to develop an emotional attachment. There are many ways to circumvent this issue. If you go back and reexamine the science fiction movies, shows, books, or comic books that you like the most, you will almost surely see precautions taken by the writer that help make the characters relate to the audience. We Only Find Them When They’re Dead has Al Ewing responsible for making the characters able to empathize with, and he does this through character roles that we understand regardless of the time and through believable dialogue. 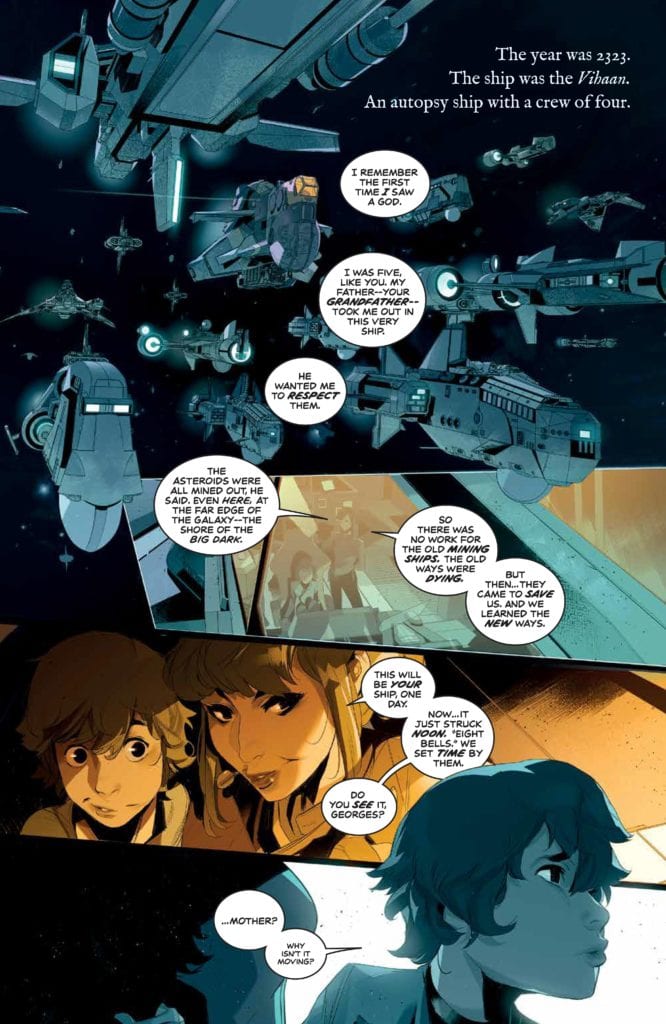 By giving the characters jobs and or roles that can be recognized regardless of the time they are set in, Al Ewing can make the characters of We Only Find Them When They’re Dead deeply relatable. This first issue features a slew of characters that all fall under the simple role of worker. Similar to the first Alien movie, the main cast of workers are performing highly futuristic tasks that may seem advanced to the reader, but are commonplace to the characters. Due to this, characters are relaxed as they perform their duties, and we can see that there is more to their personality than simply working. By having characters in this fantastic world fit a role that we are very familiar with, the characters remind us of construction workers, or oil rig operators, or any blue-collar people who operate complex machinery. This allows us to understand the characters more and thus become more emotionally invested in them. 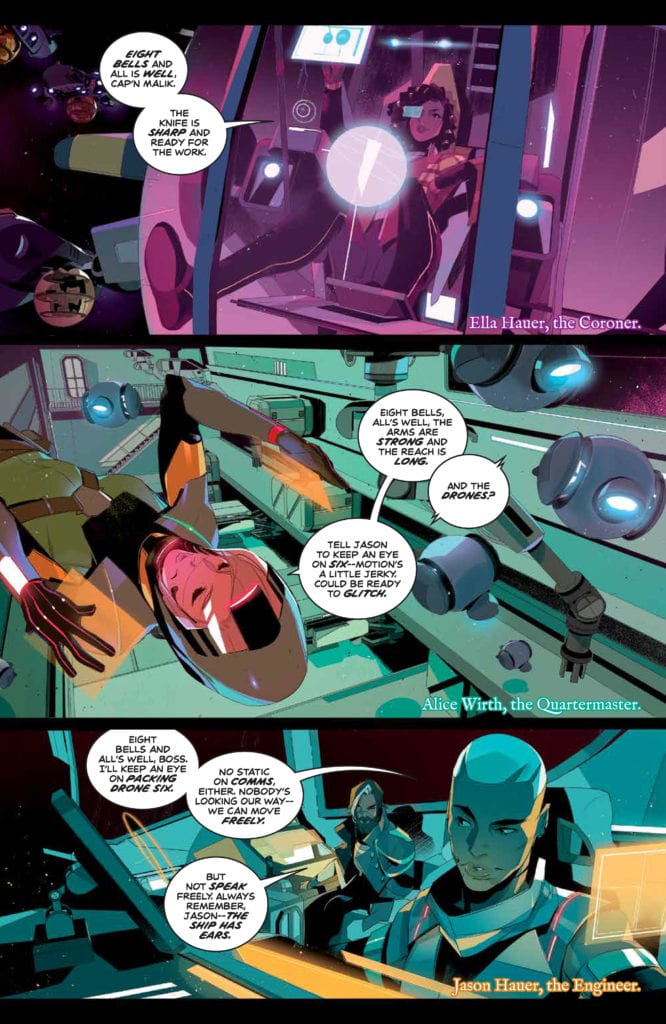 We Only Find Them When They’re Dead #1 features some brilliant dialogue writing. The formal dialogue that a character has while speaking to a person of higher authority serves as a contrast to the casual dialogue they normally speak with. We see this with the captain of the autopsy ship, Georges Malik. While more formal than the other crew members, Georges still says things such as “Let’s get back to work, eh?” and “Oh, it’s quite simple, Jason.” We then also can see him speak more formally with someone from an escort ship — which seems to be some sort of law enforcement — which then highlights through contrast how relaxed he is around his crew. The rest of the crew have many lines of relaxed dialogue as they perform their duties, which — when paired with the casual body language — causes the cast of characters to seem more likable and relatable.

WE ONLY FIND THEM WHEN THEY’RE DEAD has an astonishing first issue with spectacular art and a story that quickly introduces us to relatable characters. The highly effective techniques used in the issue make it a deeply enjoyable read, as well as prove that Ewing knows what he is doing with this new science fiction saga. The art and lettering are wonderful complements, which can only mean that WE ONLY FIND THEM WHEN THEY’RE DEAD is sure to be an incredible reading experience for those willing to pick it up.

Are there other science fiction stories that you love the characters from? Let me know in the comments below!