GUARDIANS OF THE GALAXY #6 – Dealing With Hype & Expectations

Donny Cates and Geoff Shaw’s first GUARDIANS OF THE GALAXY arc comes to an end. “The Final Gauntlet” concludes with chapter six, our heroes try to stop Thanos from being reborn. 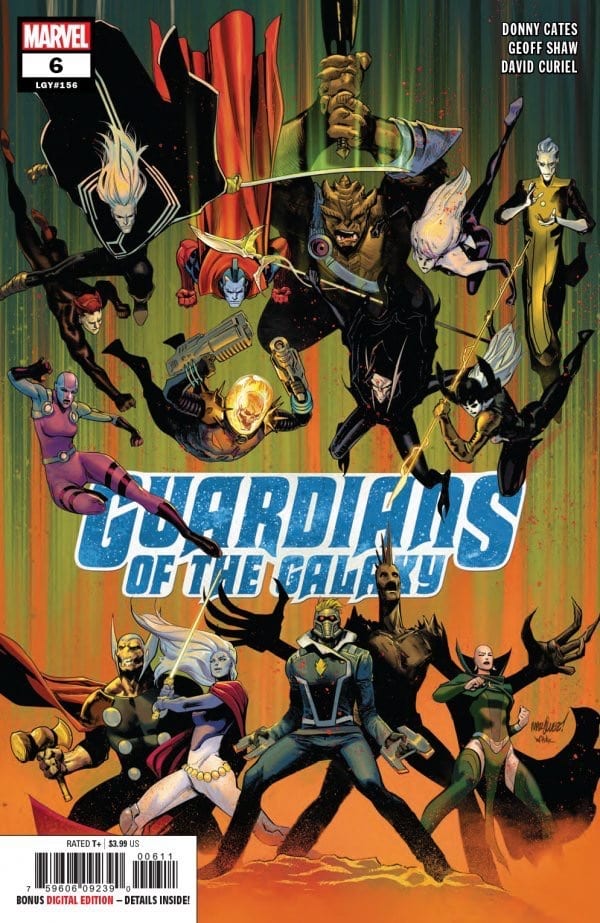 Donny Cates has been on fire in the world of comics for the better part of two years. This Guardians Of The Galaxy run however has been one of his weaker titles so far. The biggest thing keeping this book from being great is the team dynamic. That continues here.

One of the big selling points of this series was Cosmic Ghost Rider being apart of the team, which we’re still waiting for. The lineup we’ve been given is stellar, bringing Moondragon and Phyla-Vell back was a wise decision. These two have yet to make an impact or really be given any time to shine.

This Guardians team had us all salivating when it was announced to be the next series by the hottest writer in comics. It hasn’t lived up to it’s potential yet, not by a long shot. Donny is a very talented creator, but perhaps team dynamics and not among his strengths yet.

It’s not just the hero side of the equation either. This story is loaded with classic cosmic characters across the board. These issues of Guardians Of The Galaxy have been about throwing all these fan-favorite characters together for the sake of how cool they all are rather than giving them a compelling reason for being together. 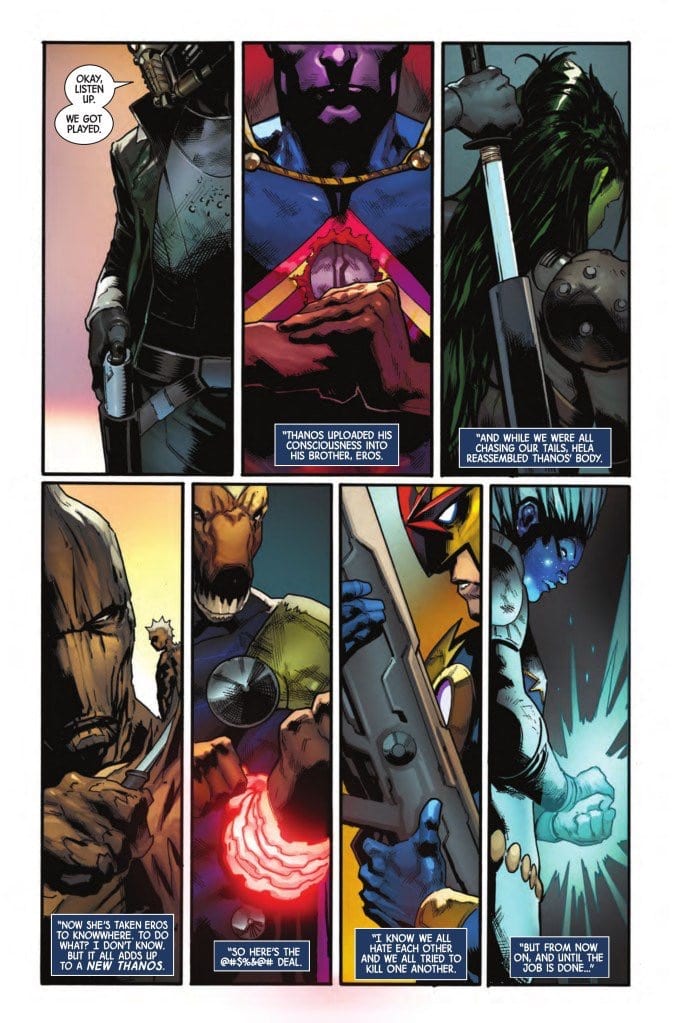 What is the point of assembling this all-star cast of cosmic players if the story is still going revolve around Star-Lord and Gamora? The premise of this tale was interesting enough but became less and less about the race to stop Thanos and more about Quill’s relationship with Gamora. The other members of this team deserve more than being props.

There are a few moments of charm, like Eros’ final words about how “frustratingly obvious” it was for him to be the vessel for Thanos’ return.

This is by no means a horrible Guardians Of The Galaxy run, we’ve seen how bad it can get plenty of times since the famous Abnett & Lanning run (Bendis run, I’m looking at you). It’s not an awful comic book it just hasn’t been able to deliver the quality content that we should expect from this team with these characters yet. 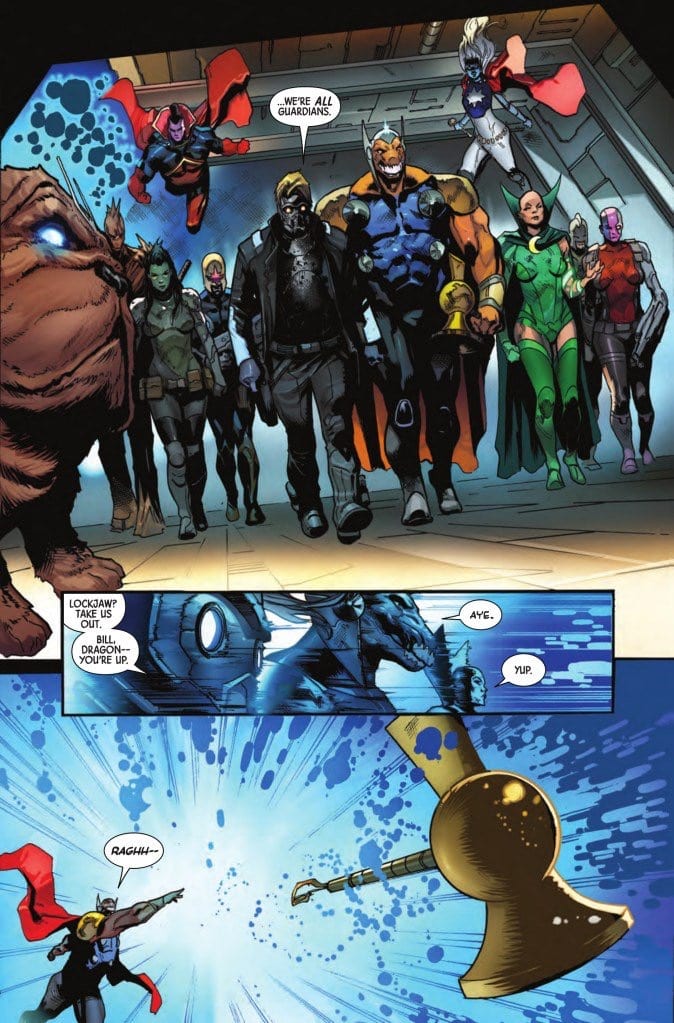 Donny Cates may not have delivered yet but that hasn’t effected Geoff Shaw one bit. Guardians Of The Galaxy #6 is another beautiful looking book. We aren’t getting a compelling reason for this team to be together but goddamn are they gorgeous to look at.

Beta Ray Bill has never looked better than this version from Geoff Shaw. The scene where the black hole cannon is fired and the station collapses on itself is stunning. Our cosmic landscape is breathtaking and fleshed out at every turn.

Colorist David Curiel gives these pages a ton of life with the blend of cosmic colors. Each and every character and setting fill your eyes with an ocean of beauty. Visually the book has hit the marks set by our expectations.

By the end of the issue, the extra members of the team disperse and we’re left with the core of Groot, Quill, Gamora, Beta Ray Bill, Phyla-Vell, and Moondragon. While not the team we were promised at the start, this is probably a good sign for what’s to come.

With a smaller roster to juggle, Cates might finally be able to dig into these characters and give them a similar treatment to that of his other comic books. Even if we’re immediately jumping into a story about Rocket rather than take a moment to explore the rest of the team, we should be heading in a better direction.