Graphic Novel Review: OVER MY DEAD BODY Is A Pulpy Good Time

If one were to mix classic pulp-fiction noir with modern headlines, the result would look like Over My Dead Body. The graphic novel from Image Comics written by Jay Faerber and drawn by Simone Guglielmini has the beats of a Raymond Chandler novel moving at a faster pace with less introspection and more beating up bad guys.

The story starts with master assassin Markham from the creative team’s Near Death series going before the parole board with a story of redemption and a desire to do better. Despite the support of the institution’s warden, Markham’s request is denied. Over the course of a year, we see our hero continue his quest to defend those needing it while maintaining his promise never again to take a life. 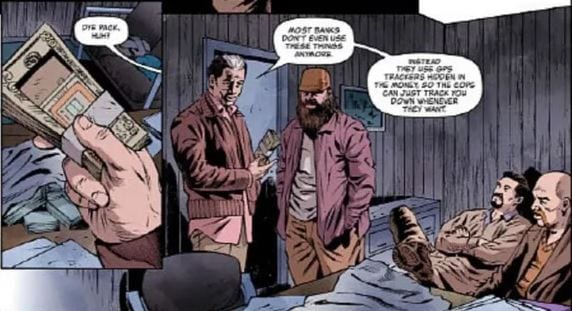 With his next parole hearing coming up, the warden, Kurt Morris, asks Markham for help recovering his daughter, who has fallen in with a former inmate now affiliated with a White Supremacist cell in the middle of nowhere. Using his influence, Morris convinces the board to take a sizeable bribe to spring Markham with our newly-freed hero making good on his word to bring Daddy’s little girl home.

I love old-school detective books with Phillip Marlowe being at the top of my list. The story is from Markham’s perspective and feels like a modernized Marlowe, complete with the self-deprecation and run-ins, team-ups, and falling-outs with law enforcement. Markham realizes quickly this is more than just a group of racist separatists and doomsday preppers; they have a legitimate plan to undermine the United States government. 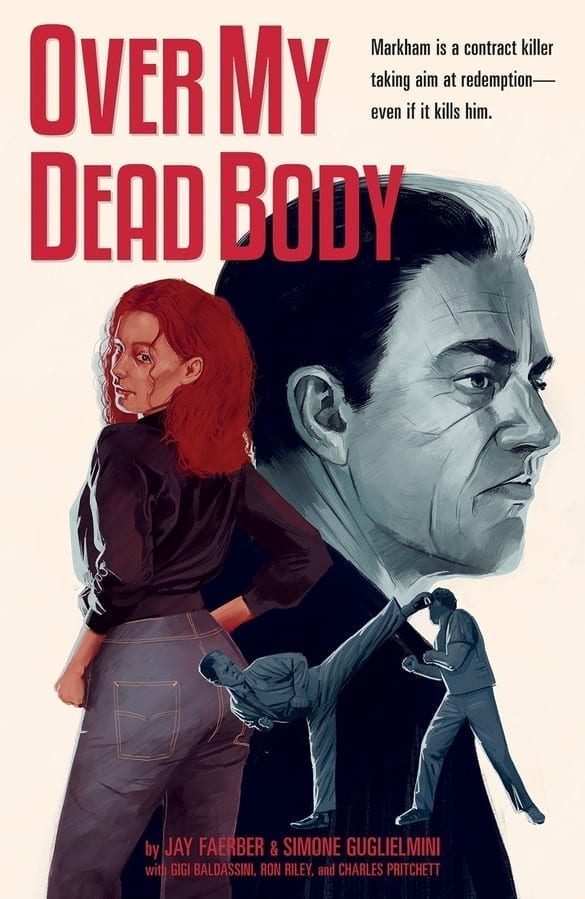 What might otherwise be a done-by-numbers, A-to-B action thriller in the vein of John Wick flies off the rails repeatedly thanks to Faerber’s inspired plot twists and feints to the right while driving to the left. Making the story more compelling is subtle humor and Markham’s quick thinking in the face of forces out to get him from every direction.

Faerber’s list of credentials and accolades are in-depth and earned. It’s easy to write a lazy, trope-filled script for a story like this, and while some beats feel familiar, OMDB makes them feel new with inspired writing. Guglielmini resumes his work with Faerber and Markham providing flawless pencils for Faerber’s story of a hitman with a heart. It’s raw, but has a sense of refined urgency. His pencils give the reader the feeling this is a story he needed to draw into life. Gigi Baldassini’s inks are heavy and thick and perfect for the tale being told, providing dramatic shadows underscoring the noir tone of the story.

The coloring by Ron Riley is muted and dark but manages to pop off the page, especially during the action sequences. The feel of impending danger at every turn is evident with his palette. Pritchett’s lettering is very good, standing out in concert with the other creators’ contributions.

Over My Dead Body is fun. That’s an odd descriptor for a story filled with murder and White Supremacists, but it fits. The plot never slows, able to move quickly due to its lack of fat, with an ending that satisfies, teasing new adventures. It’s a graphic novel made for crime buffs, but one attractive to fans of superhero titles as well.

Was Over My Dead Body a worthy addition to the Near Death universe? Tell us your thoughts in the comments below!

Graphic Novel Review: OVER MY DEAD BODY Is A Pulpy Good TimeIf one were to mix classic pulp-fiction noir with modern headlines, the result would look like Over My Dead Body. The graphic novel from Image Comics written by Jay Faerber and drawn by Simone Guglielmini has the beats of a Raymond Chandler novel moving...