Review: THE FLASH #66 Returns to the Origin of The Trickster

The Trickiest Villain of The Flash is Reborn!

The world of the Flash continues to get more and more insane. After Forces are unleashed into the world, Barry goes on a quest to learn more. He soon discovers all 4 Forces will end up fighting one great Force War. While we readers were so focused on that, Commander Cold has been facing off against a reborn threat. This threat is the original Trickster, James Jesse. For years, we’ve known Axel Walker as the Trickster, and with Jesse’s return, we have a new trick in store. But what lead James Jesse to this moment? 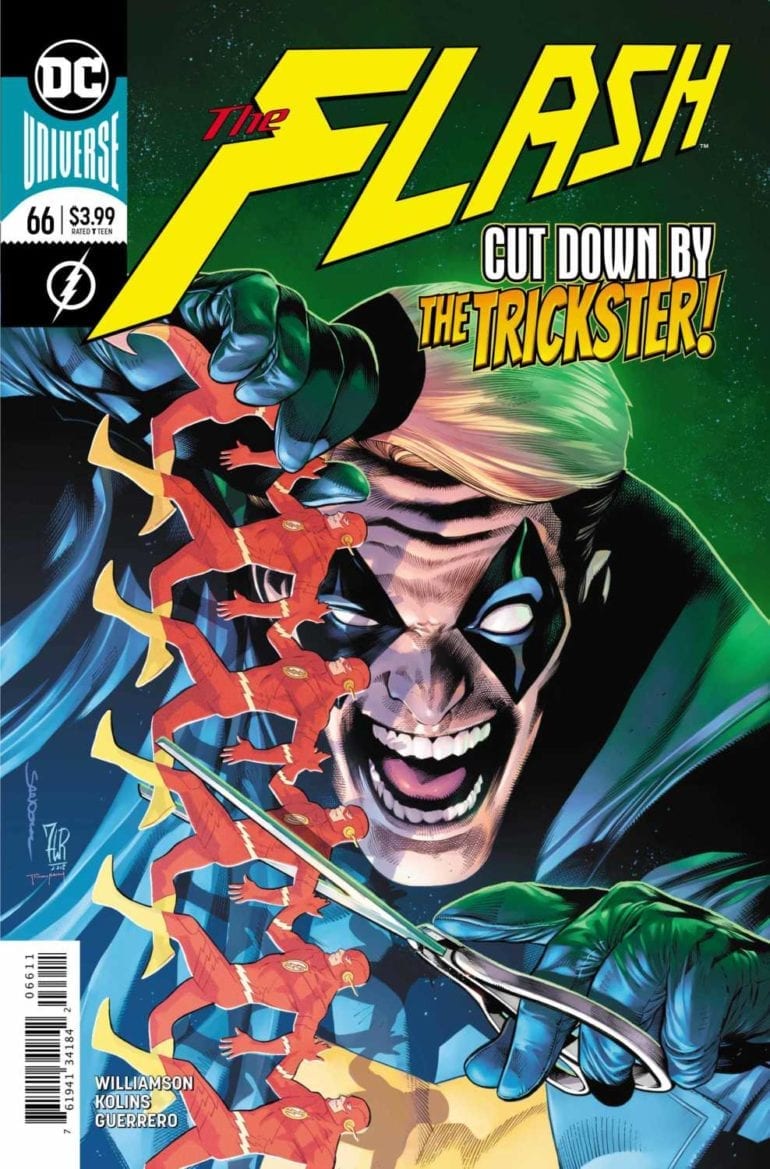 James Jesse narrates his story as we dive back to his less than humble beginnings. The man who would become the Trickster is revealed to come from a Circus act mimicking the Flying Graysons. The only difference is that where the Graysons were a circus act, The Jesse family is a con act. James learns the ways of the con as he grows up, eventually turning into the Trickster. Years pass and after the Flash captures him, he points out that his “act” is getting stale. He begins to plot his new tricks when James gets a rude reminder of where he’s going: Iron Heights. 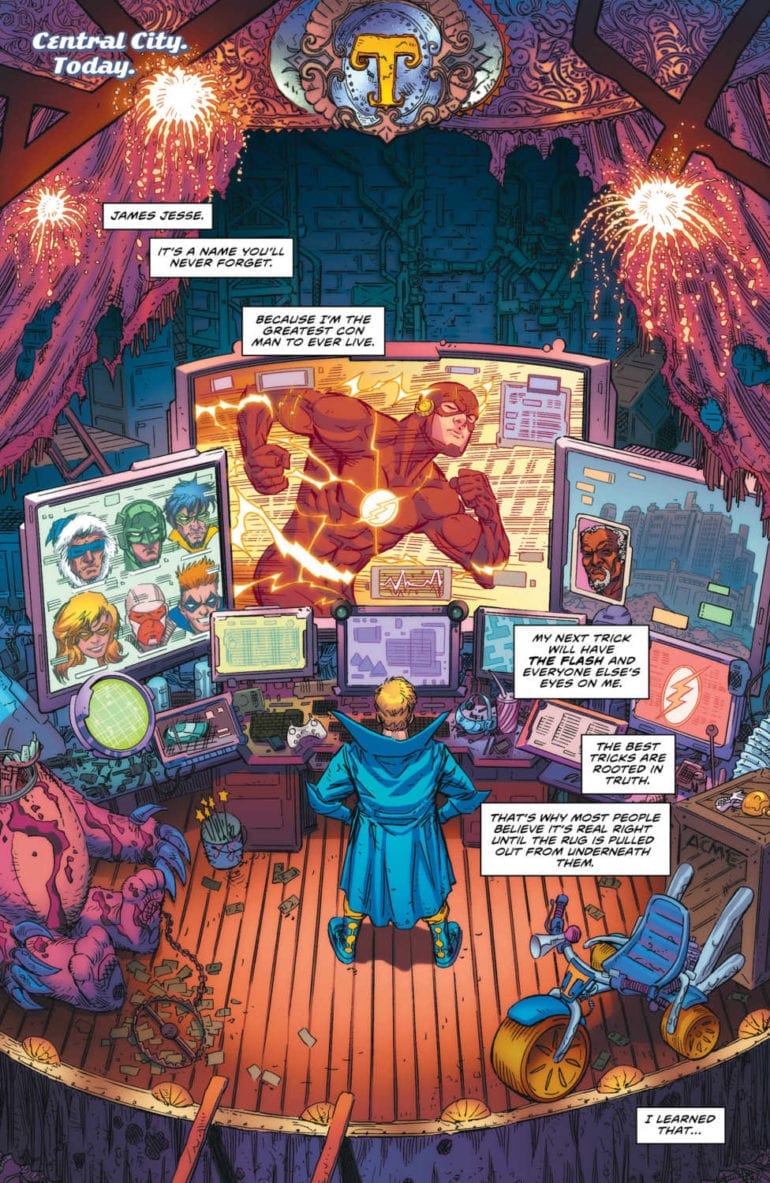 This was a dull retelling of the Trickster’s origin. There isn’t that much action or cool tricks to keep readers hooked. The Trickster has been the only rogue in the gallery that stuck to tech since day one, along with having the most versatile arsenal. If we couldn’t get a single fight with Flash with some silly but deadly gimmick, it does the villain disservice. We do get to see his intellect come into play, but without a real chance to fight Barry, it ends up being boring.

The positive of the story, however, is the evolution of the Trickster himself. While we might not get cool tricks, we do get an in-depth look of what makes James Jesse a villain. It’s a tragic tale as he only wanted his parents’ love and affection. It makes him a semi-tragic villain, especially when the scene between his abusive parents occurred. It was genuinely uncomfortable and made me feel for this known villain. While the lack of excitement didn’t help, I found a new appreciation for the character. 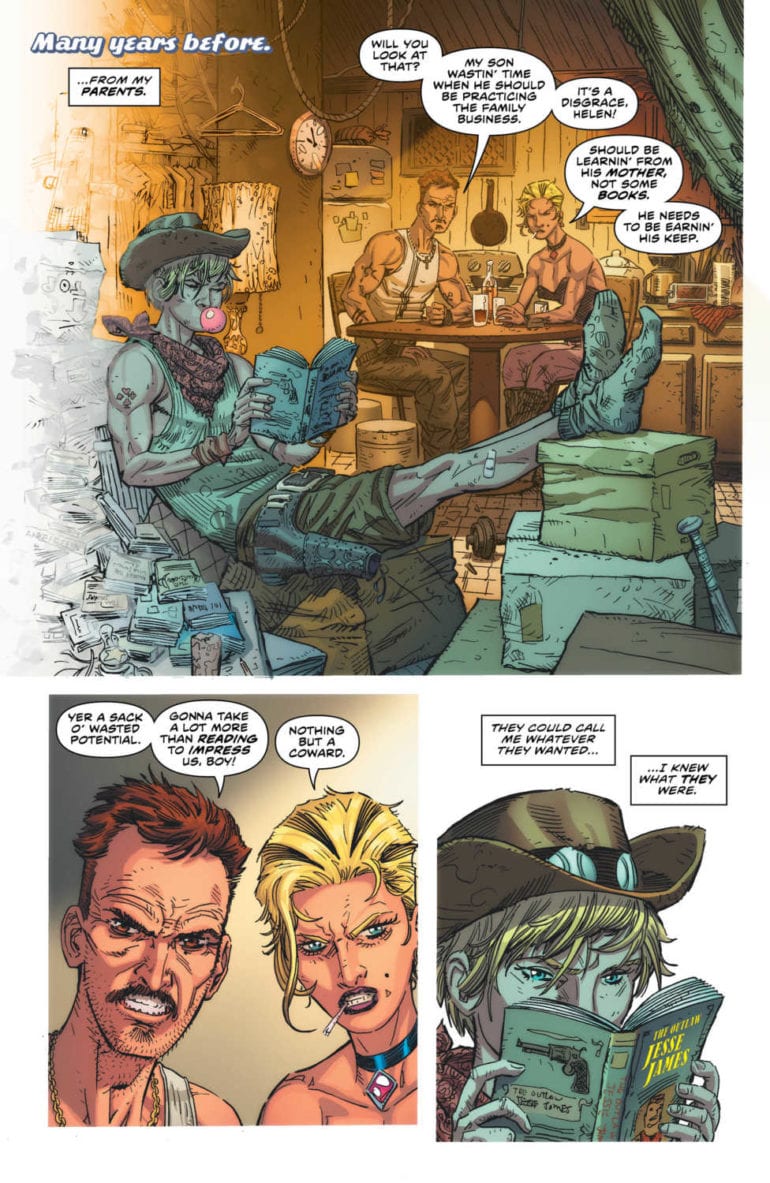 To be blunt, I am not a fan of this art. I know Scott Kolins has been off and on as artist for the series, but I really can’t get behind his art. Sometimes it works, like when Trickster is first in Iron Heights or the design of the Flash, but most of the time it’s just bizarre. There is one part where James describes Axel, and we see him running from Barry. He used a bubble trick to get away, but it looked more like he was foaming purple from the mouth. There might be people who like this style for a Flash comic, but I’m not one of them. 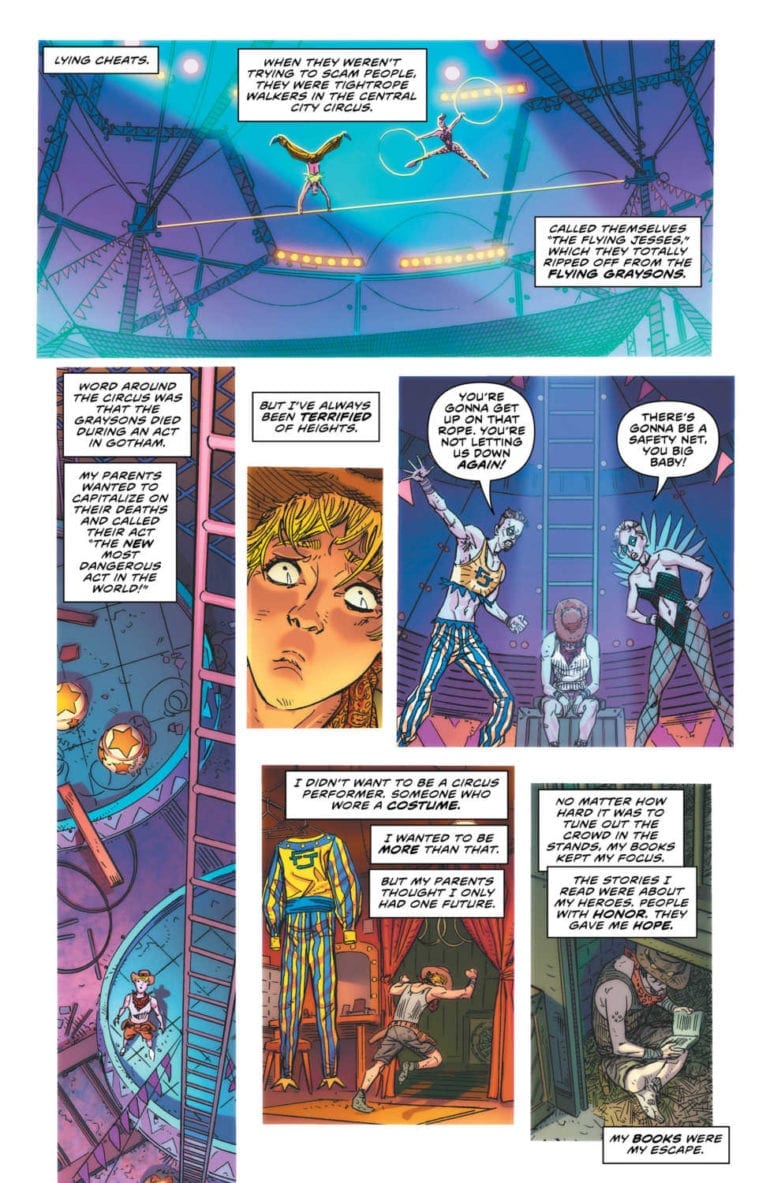 There is good in this comic, but the bad outweighs it. James Jesse has returned to the spotlight as an intriguing villain for Flash. The problem is that the story he’s brought back to is dull and doesn’t look great. If this is the start of a Trickster centric arc, I’m excited about it. On its own, however, this story should have been a bit trickier to keep this reader’s attention.

Review: THE FLASH #66 Returns to the Origin of The TricksterWhile the character of James Jesse is intriguing, the origin presented here is rather dull.