War Of Realms #4 hits your comic book store on May 15, but Marvel Comics released a five-page preview on Friday.

Jason Aaron scripts the book with art by Russell Dauterman.

About War Of Realms #4:
Pray to All-Mother Freyja! For in her hands lies the key to ending Malekith’s war. The Black Bifrost – the only method of travel for Malekith’s vast armies – must fall. Even with the Punisher, Ghost Rider, Blade and Hulk (Jen Walters) at Freyja’s side, how many Dark Elves can one goddess kill? While Freyja’s team heads for the swamps of Svartalfheim, Captain America’s rescue mission in Jotunheim faces the wrath of giants; Captain Marvel leads a global assault team against Malekith’s allies, and the Black Panther defends Avengers Mountain against a siege of mythic proportion. None of them know that Malekith has a secret weapon. And its bite will prove most…VENOMOUS. 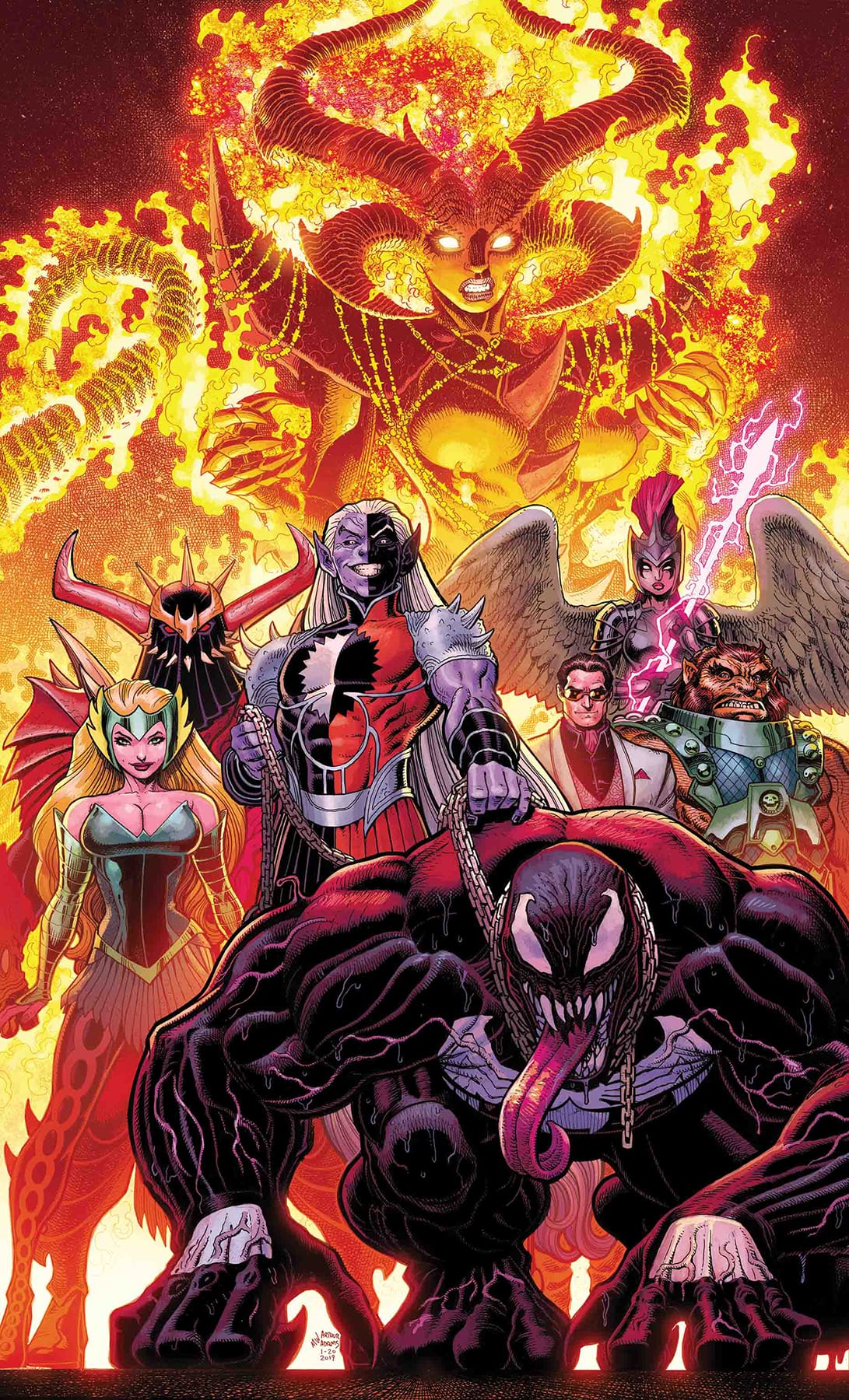 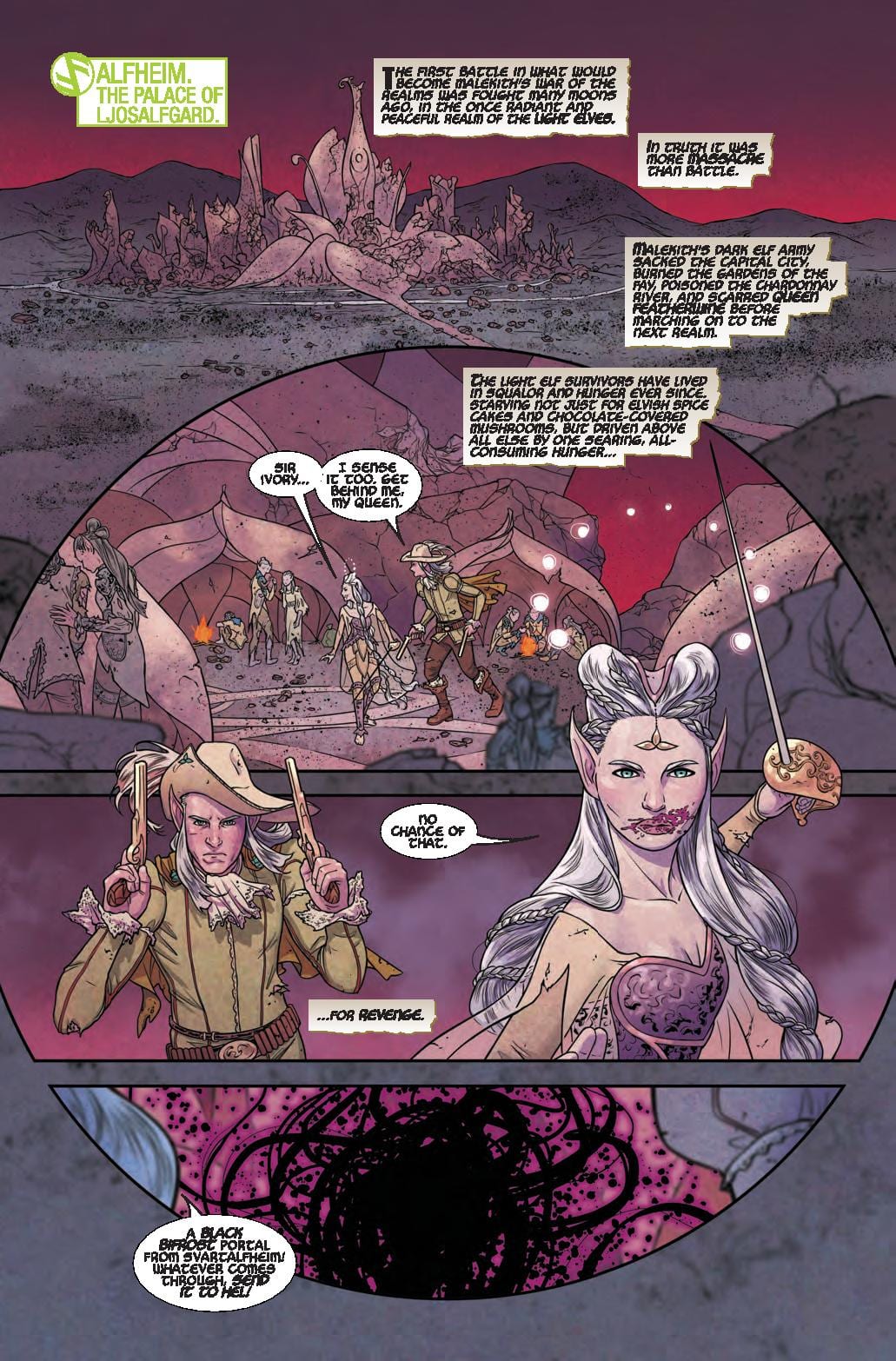 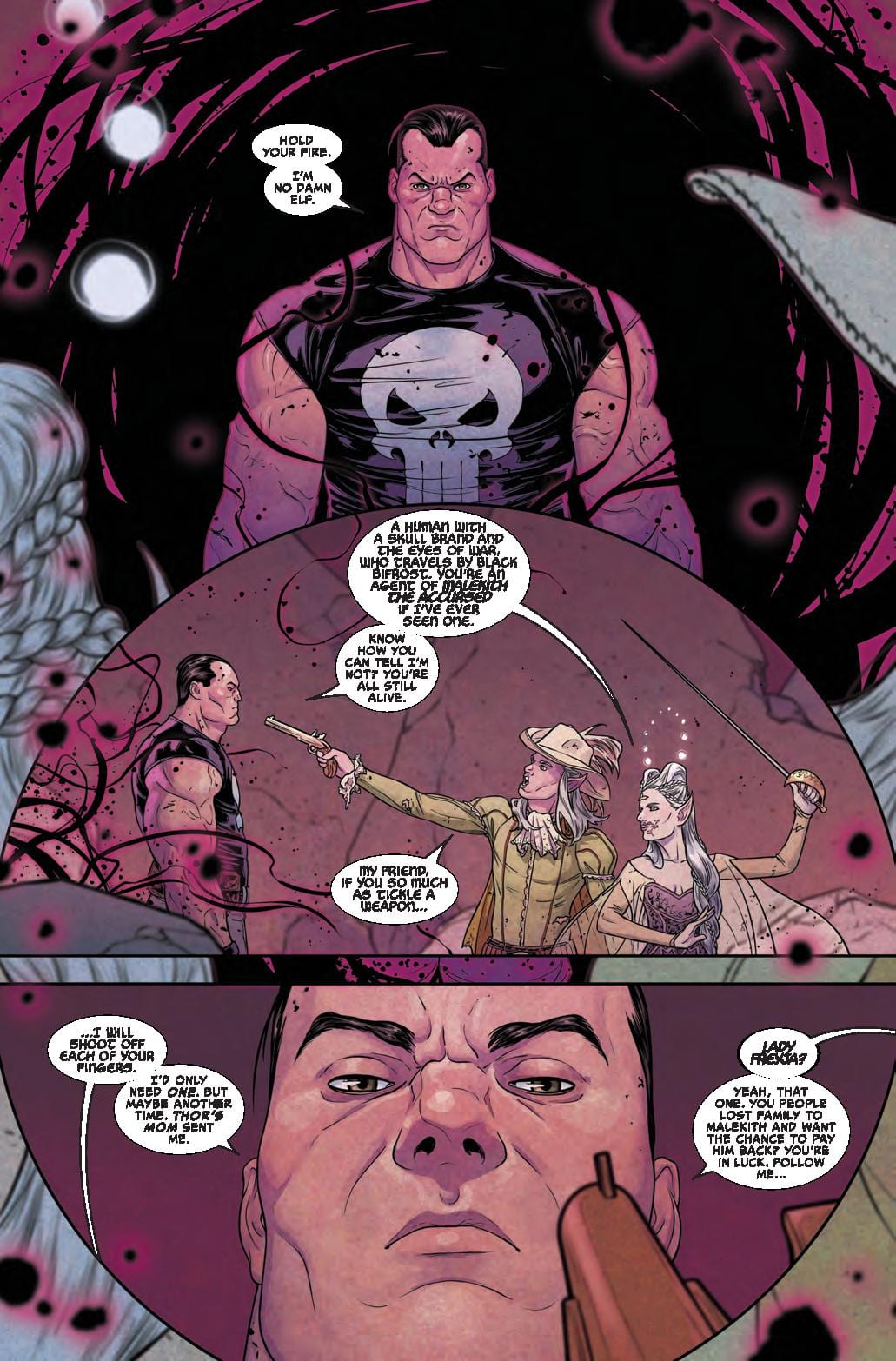 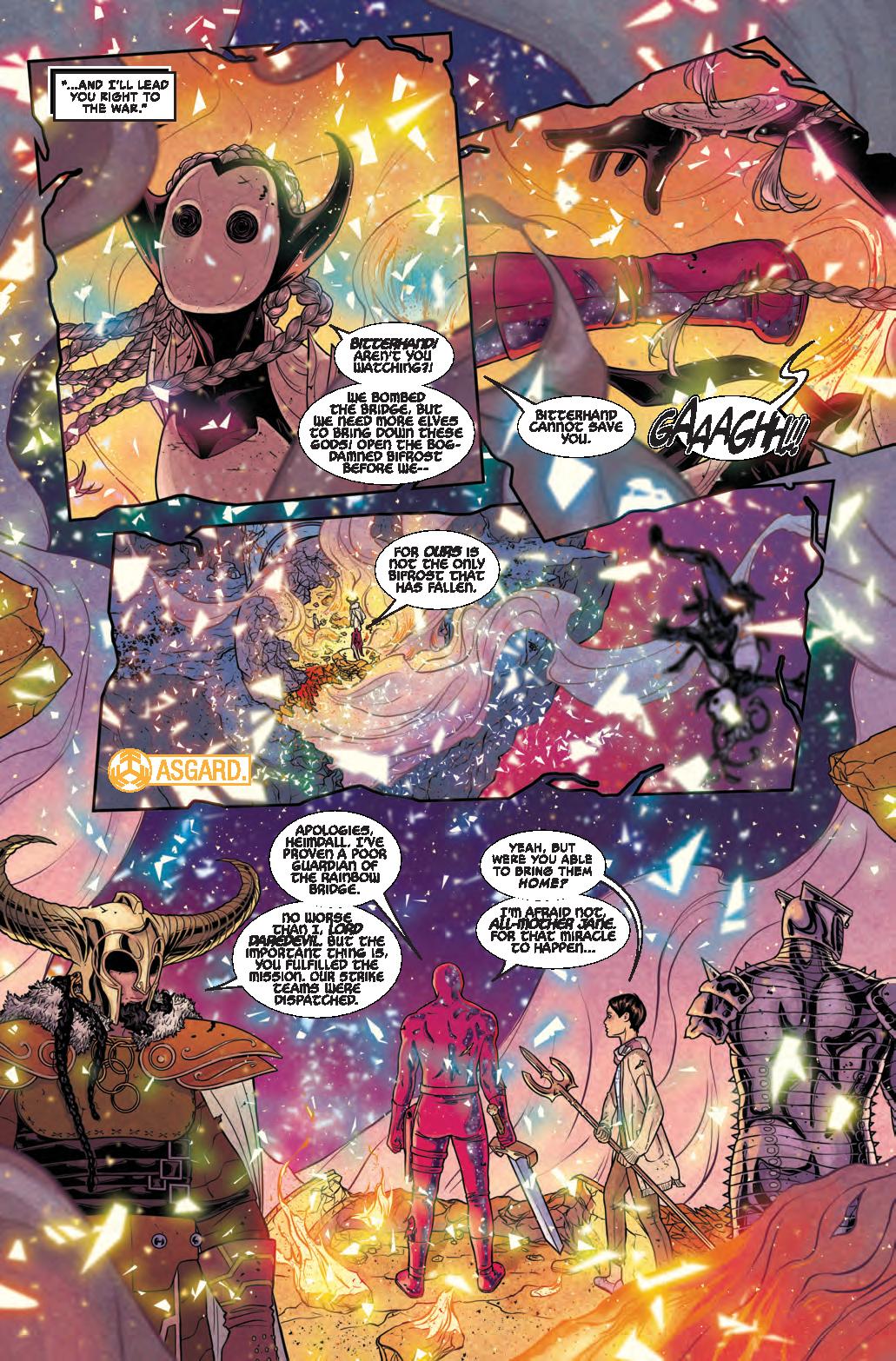 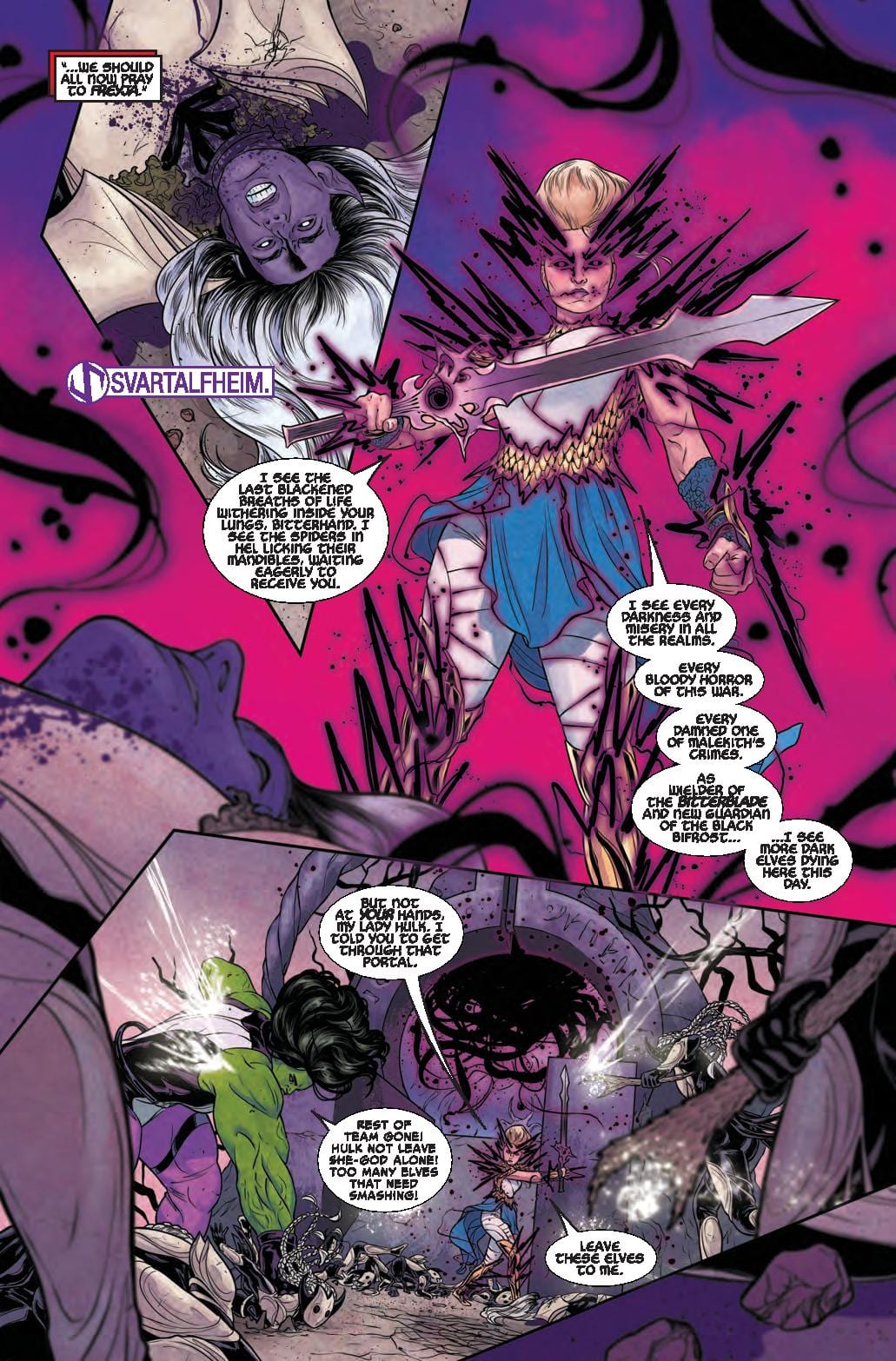 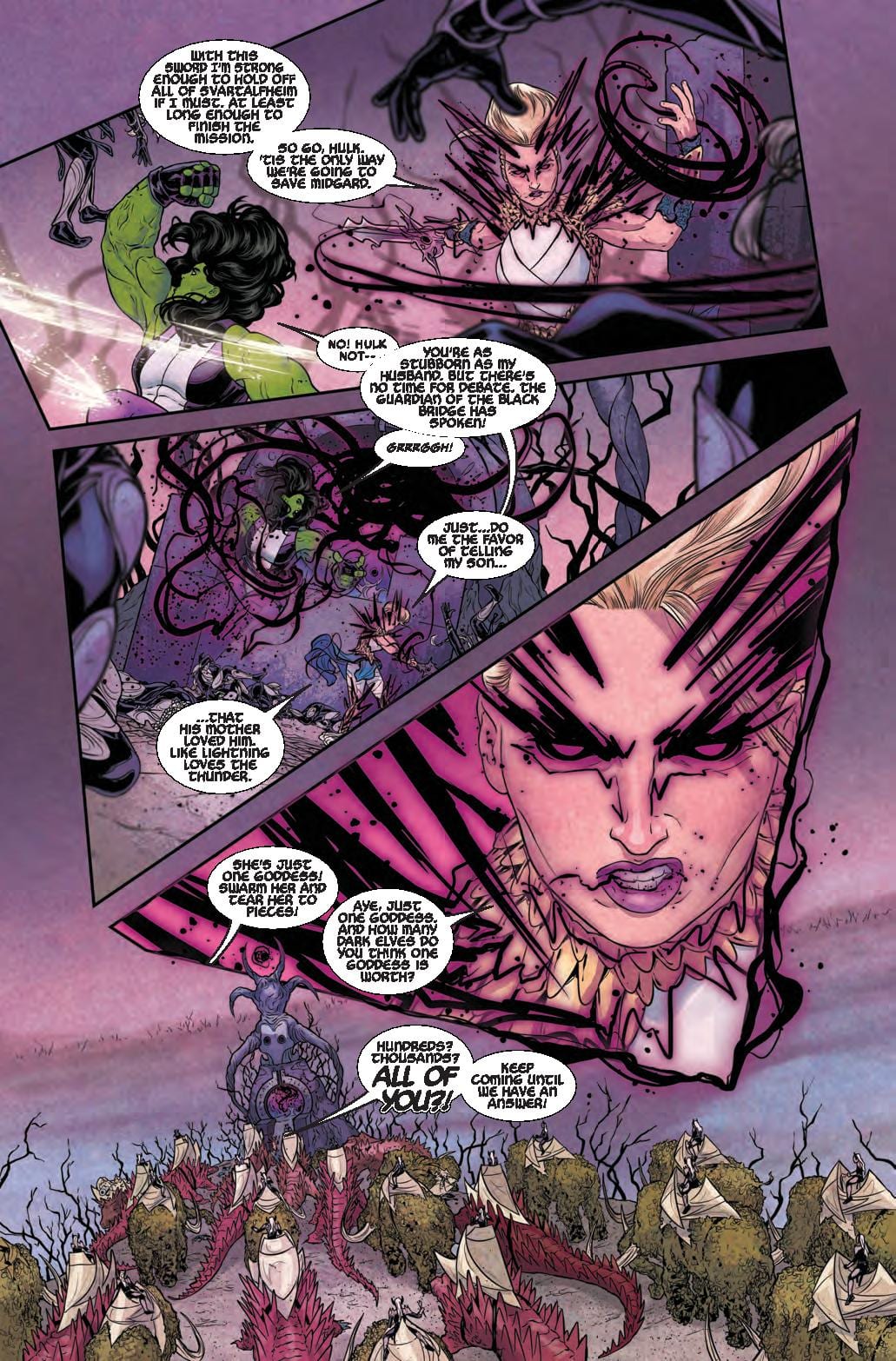 Do you have War Of Realms on your pull list, what do you think of the series so far? Comment below with your thoughts.