Ed Piskor’s X-Men Grand Design has been a critical darling for Marvel Comics, and there are already hints that the company is looking to give other characters similar books of their own. 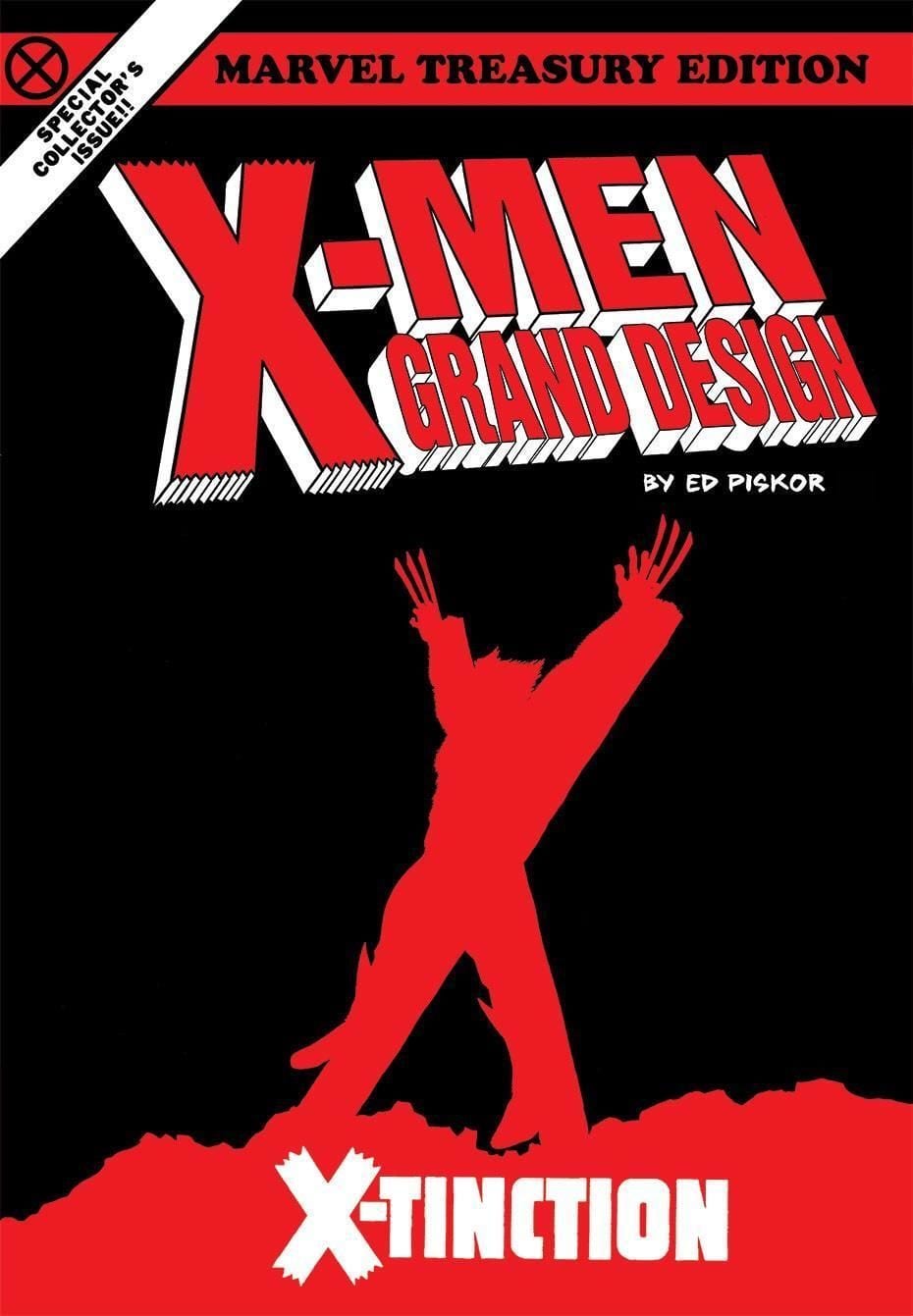 Piskor’s Grand Design is consolidating the X-Men’s history (up to a certain point) and retelling their story in a clear, linear fashion. The comic has an edgy, underground vibe that’s unique to superhero books, and it’s resonated with fans in a big way. It makes sense that Marvel Comics would want to extend this success to their other books. But with the company’s long, rich history, where do they begin? Let’s break down five properties that deserve the X-Men Grand Design treatment.

Remember when we said there were hints that Marvel’s already planning more Grand Design comics? Well this is what we meant. Last month, Tom Scioli hinted on Twitter that Fantastic Four Grand Design is “maybe” in the works.

Earlier this year @Marvel asked me to pitch a #FantasticFour story along the lines of @EdPiskor’s X-Men, telling the story of the FF and their extended cast. It started with the origin of Galactus which is eerily similar to the FF’s origin. pic.twitter.com/2NybzVJXuz

What’s most interesting here is that Scioli claims Marvel ASKED him to pitch the story, which infers that this is in their plans.

The FF is Marvel’s first family – the book that started it all. They also have some of the biggest and baddest villains of the whole universe (literally, in the case of Galactus). Much like X-Men, Fantastic Four Grand Design could be an awesome mix of Earth-based superhero action and grand cosmic adventures.

Like the X-Men, the Avengers are a team with a long history of rotating members. A Grand Design book could go through all the various incarnations and play with almost all of Marvel’s superheroes and villains. 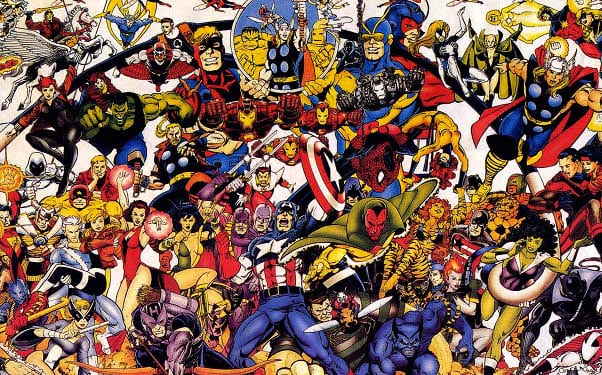 This might seem like it would just be an action comic, but the Avengers have faced their share of emotional trauma. There have been deaths, disbandments, and catastrophic events like Avengers Disassembled. This could balance out the action and give the book more poignant character moments like X-Men Grand Design has.

The Avengers have also been at the center of most Marvel events, so this would be a great way to include landmark moments.

Some of Marvel’s best stories have been told in space, without the likes of Captain America, Spider-Man, and the rest of the usual faces. The problem is that cosmic Marvel can be a bit daunting to new readers. But that just makes it the perfect candidate to have its history consolidated in a single book. 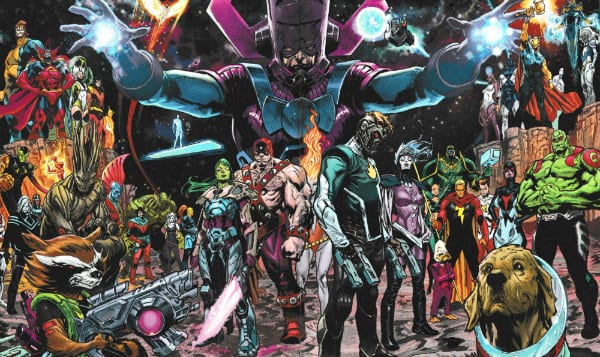 Piskor is only retelling X-history up to a certain point, and a cosmic Marvel book could do the same thing. Imagine a Grand Design story focused only on Jim Starlin’s work. Doesn’t that sound incredible? It could hit all the major beats concerning Adam Warlock, Thanos, Captain Marvel, the Infinity Gauntlet saga, and more.

Of course, if it were to extend to the Abnett and Lanning era including Annihilation, Guardians of the Galaxy, and Nova, that’d be pretty incredible too.

Ol’ web-head might seem like an odd choice for this list, but the friendly neighborhood wall-crawler actually has a pretty confusing history that could use a cleanup. 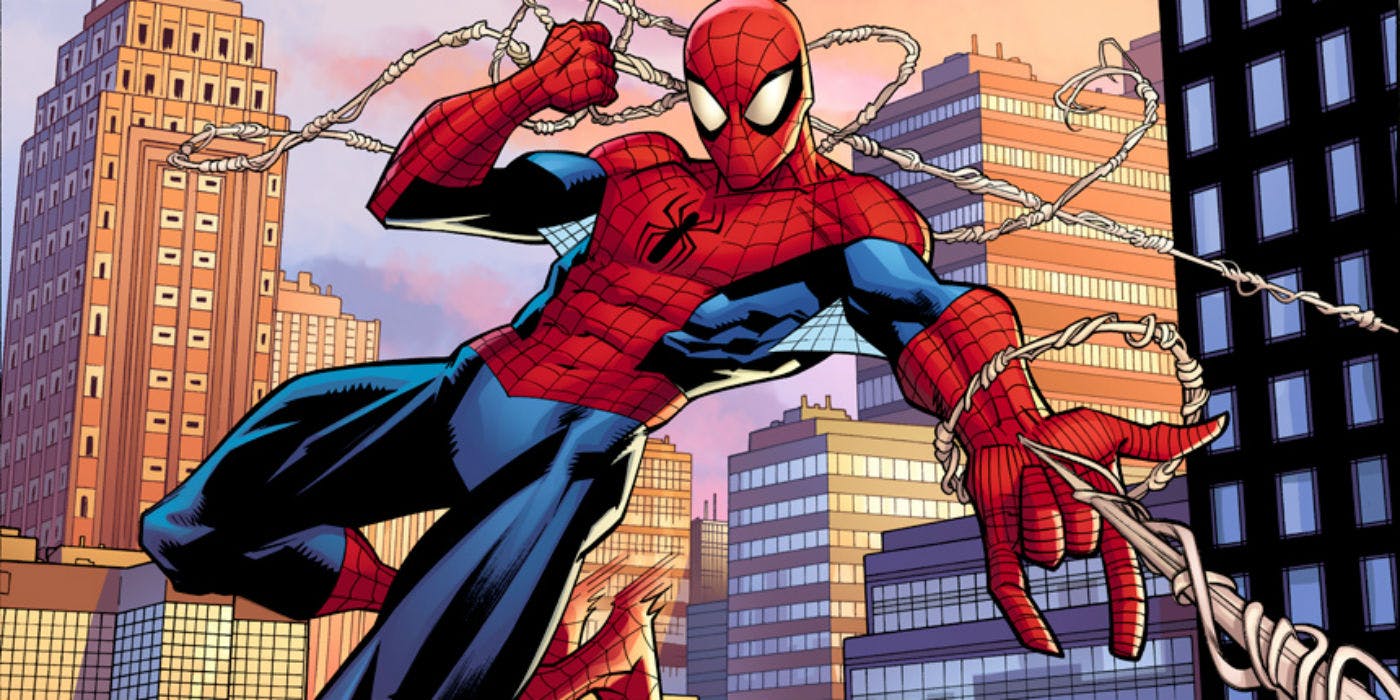 Aside from the obvious (“Clone Saga”, anyone?), Spidey’s been rebooted and retconned more than a few times. He’s been mutated and killed. He’s been to space and to the suburbs. Who can keep track of all that? He also has an incredible supporting cast of both allies and villains, and a Grand Design book would allow them all to shine.

And there’s the obvious financial benefit that Spider-Man is Marvel’s most famous character, and any book with his face on it will sell like Aunt May’s wheatcakes.

S.H.I.E.L.D. Grand Design could be an intense spy thriller focusing on Nick Fury (both of them) and beyond. That whole side of the Marvel universe is criminally underappreciated, but it’s a cult favorite. 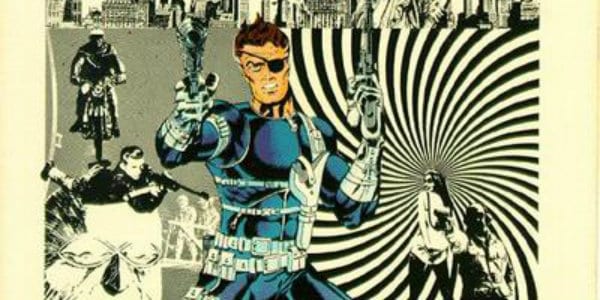 Just like Piskor went back to before the X-Men were created in his book, S.H.I.E.L.D. could go back to the days of Sgt. Fury and his Howling Commandos. It would give a more comprehensive look at the Marvel Universe as a whole.

Whereas the other books on this list are all superhero/sci-fi books, S.H.I.E.L.D. would provide something different. It would explore a specific corner of the Marvel Universe, and a corner that could benefit from an edgy, underground style.

Are you reading X-Men Grand Design? What Marvel Comics do YOU want to see get the same treatment? Sound off in the comments!

3604
Find out how to get the
Monkeys Fighting Robots magazine!

Face Your Fears: Revisiting INFIDEL During Our Time of Revolution

Racism was woven into our cultural fabric before we would even call ourselves the United States. It's woven into the red, white, and blue...
Read more
Comic Book News

In a stunning move, Marvel Comics has announced it's pulling licensing agreements with Dark Horse for Alien, Predator, and AvP. The agreement, first established under...
Read more
Comic Book Reviews

Review: HAWKEYE FREEFALL #6 – How Far Can He Fall?

How She Finds Her Freedom in STAR #5

Star #5 concludes the series in a dramatic way, while leaving the door open to continue her story.
Read more