Marvel Comics announced Friday morning, Mark Waid and Neal Adams will join forces for Fantastic Four: Antithesis coming out in August, and from the cover, the Silver Surfer doesn’t look to be doing so well.

About the book:
Who or what is the Antithesis, and will the combined might of the Fantastic Four, the Silver Surfer, and Galactus himself be enough to defeat it?

“Working with Neal Adams has been a dream of mine since I was a kid. To share the page with a man of his talent is an honor. The story begins with the Fantastic Four struggling to prevent an extinction event on Earth and just goes more cosmic from there. We all know of Galactus, but until now, no one has met his Antithesis,” said Waid via Marvel Comics.

Fantastic Four: Antithesis is written by Waid, with art by Adams, Mark Farmer drops the ink, and Laura Martin will handle colors.

Are you excited for this book? Comment below with your thoughts. 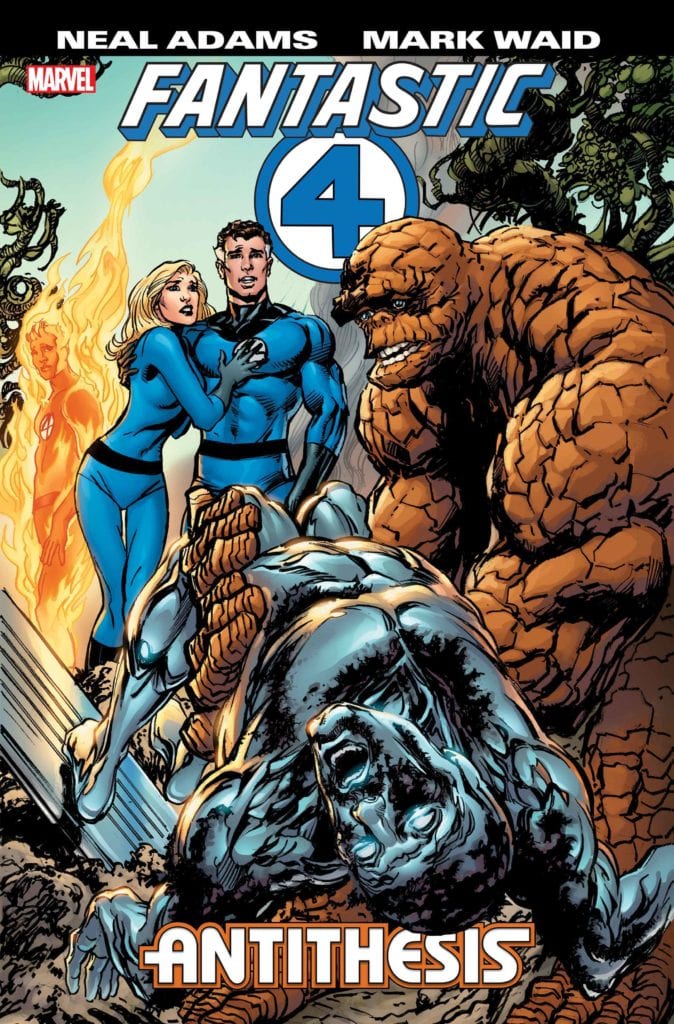