From writer and vocalist Patrick Kindlon (Frontiersman, We Can Never go Home, S.H.I.E.L.D.: Secret History) and artist Goran Gligovic comes a D&D style fantasy by way of Punk Rock with Run The Dungeon. Featuring letters by Jim Campbell and published by Z2 Comics, this graphic novel written by the vocalist of the bands Drug Church and Self Defense Family promises a march through dark fantasy with hilarious and quippy commentary on religion, politics, and beyond.

Goran Gligovic, who crafts this OGN’s gloomy dark-fantasy setting, offered some words behind his thought process going into Run The Dungeon:

“Growing up I didn’t have much contact with tabletop roleplaying games, but the archetypal Tolkienesque fantasy language they (mostly) employ bled into other forms of entertainment, like comics and movies. The thing about archetypes is that you always run the risk of appearing derivative if you actually use them, but subverting them never stops being a fun exercise—at least to me. Much of the credit for the characters in this book goes to Patrick, as I merely tried to convey a little bit of their, shall we say ‘unwholesomeness’ in a fun and appealing way.”

Check out the preview below, then head over to z2comics.com to grab your copy – available now! 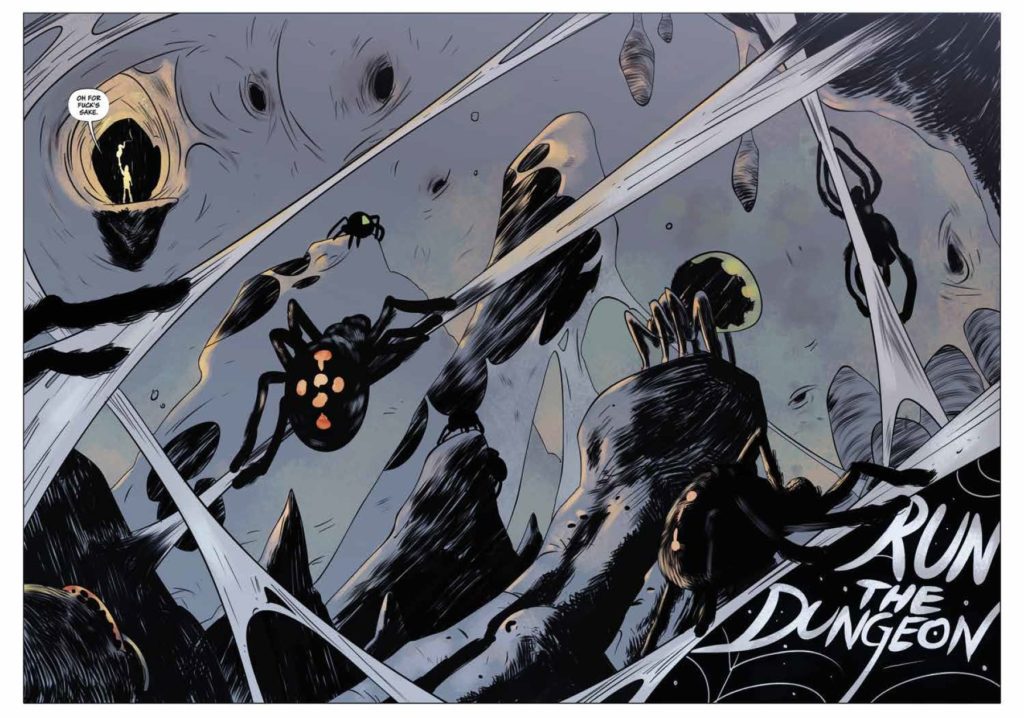 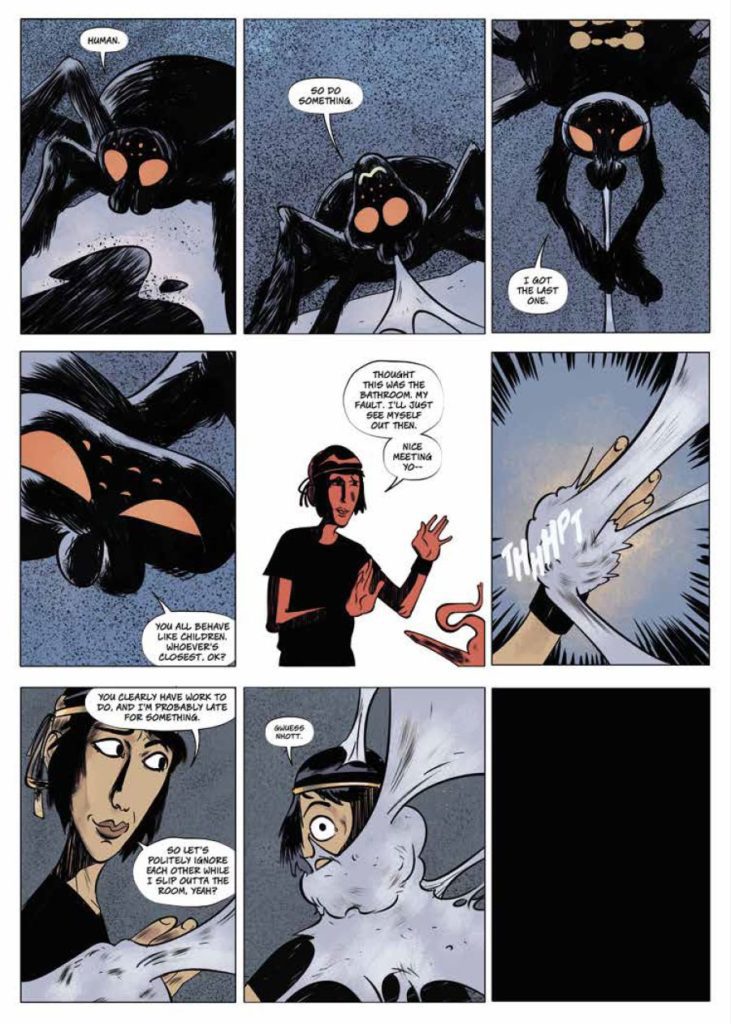 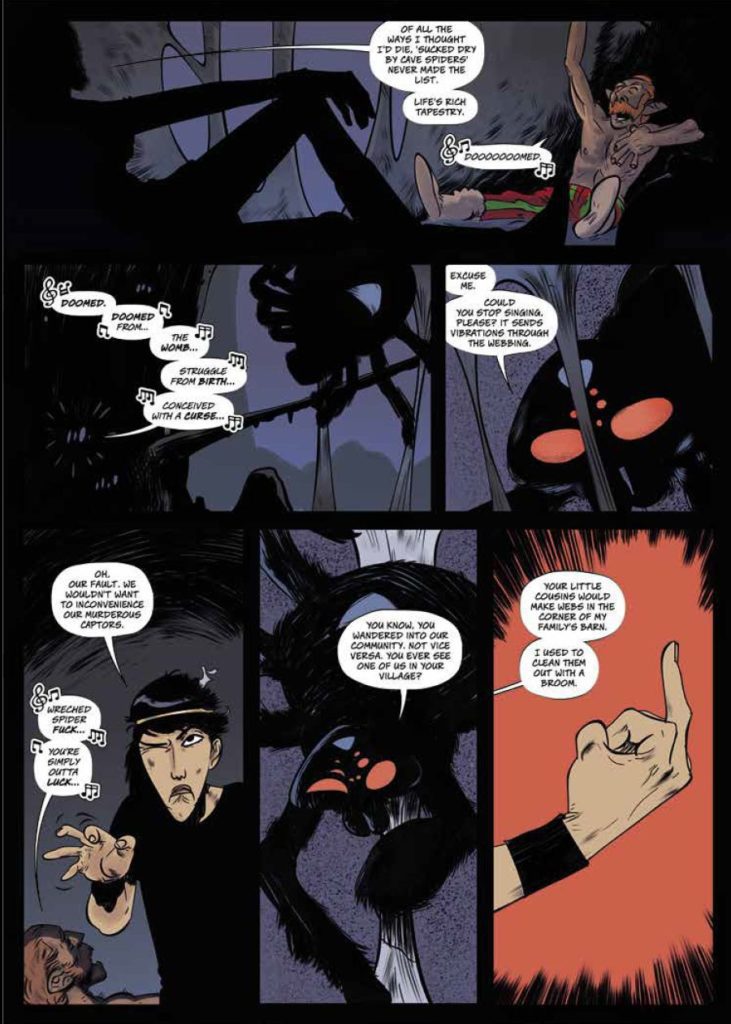 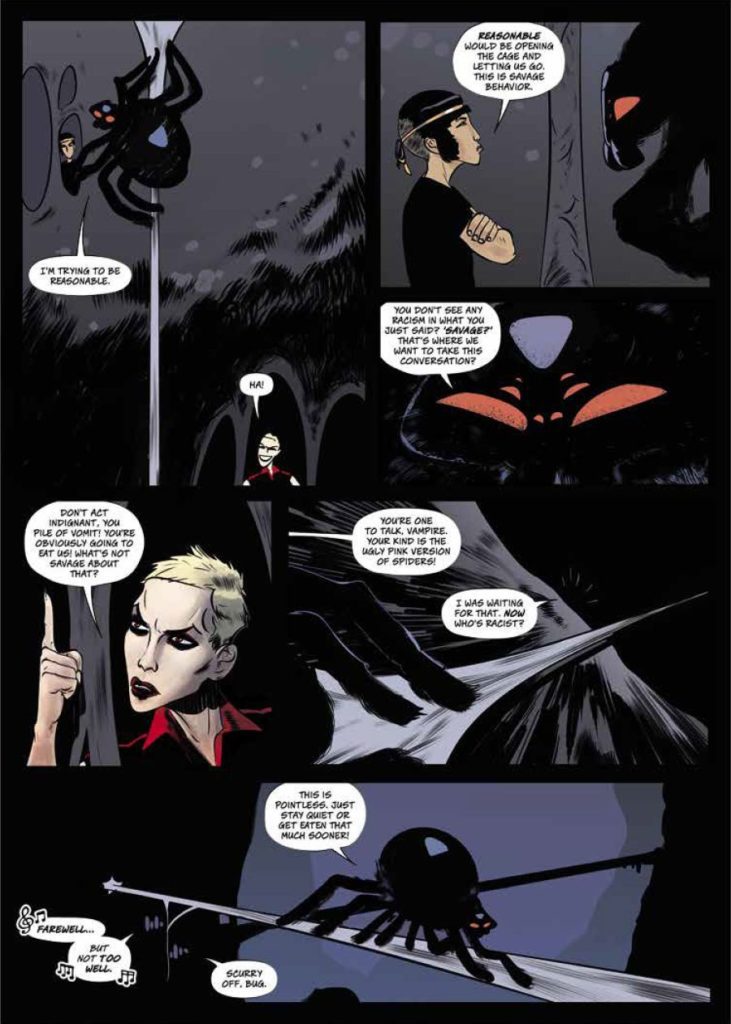 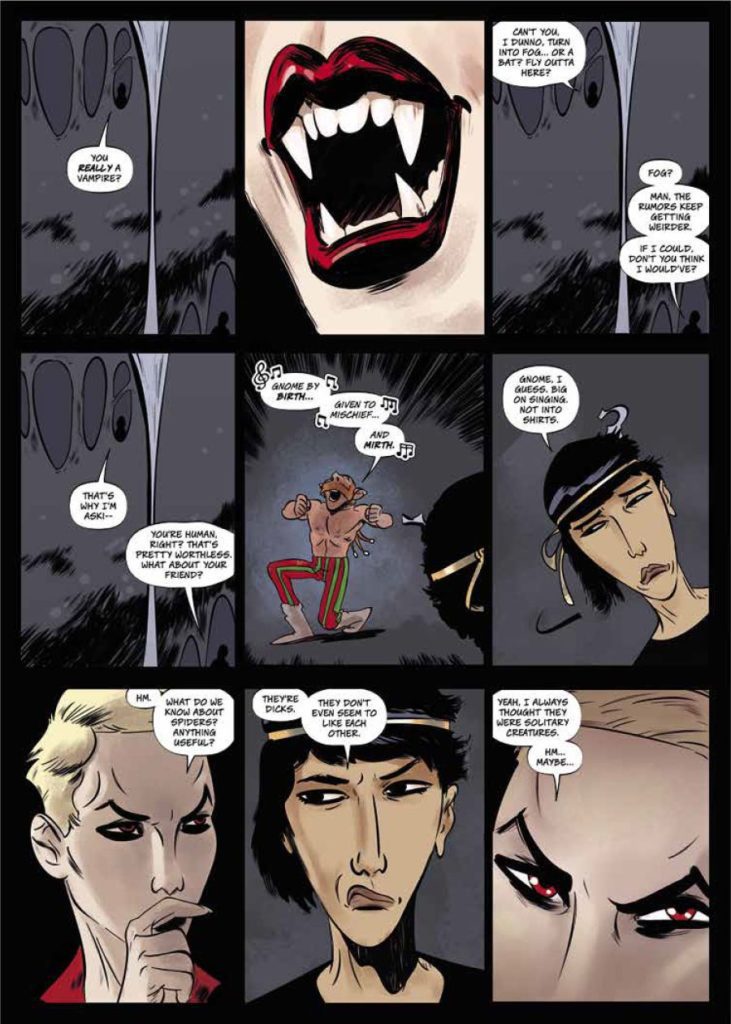 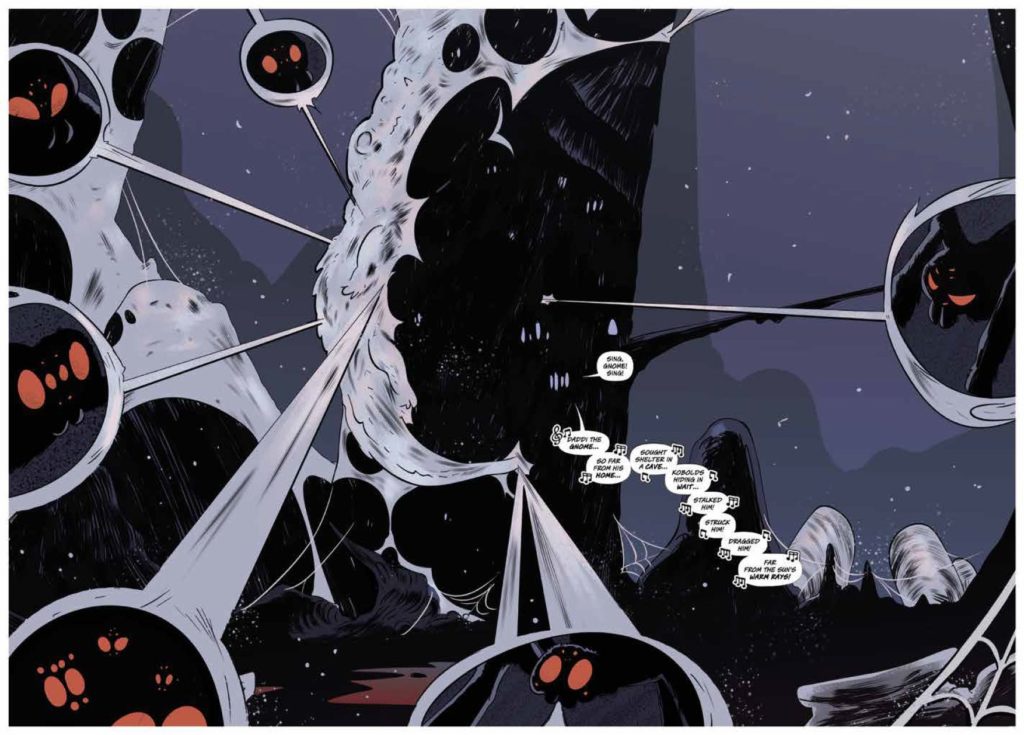 “Relst is just your average young man. Except he is stuck in an Endless Dungeon. Follow him as he “adventures” through the Dungeon hoping to escape to the surface world. Run the Dungeon is for fans of witty fantasy adventures everywhere. Includes a soundtrack from Self Defense Family.”