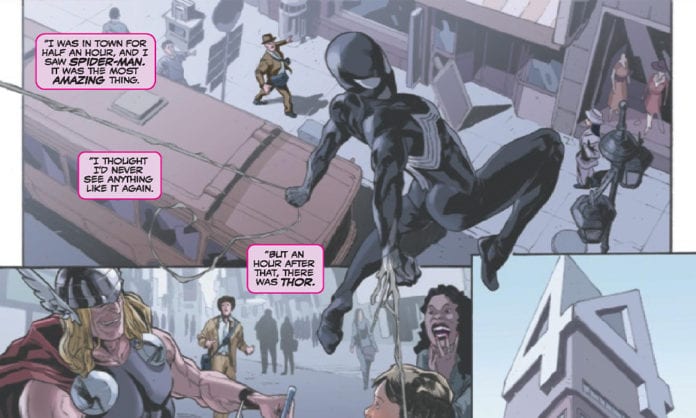 About the issue:
AN UNTOLD TALE OF A SYMBIOTIC HOST FROM YESTERYEAR…
During its first visit to New York City, the alien symbiote that would come to be known as Venom bonded to a host that wasn’t Spider-Man or Eddie Brock. Face front, True Believers, as this mysterious man meets his destiny… at the hands of CARNAGE!