War Of Realms: Spider-Man & League Of Realms #1 (of 3) hits your local comic book store on May 15, but thanks to Marvel Comics, Monkeys Fighting Robots has a five-page preview for you to look over.

The book is written by Sean Ryan, with art by Nico Leon. Ken Lashley worked on the cover. Ryan is very excited about the War Of Realms Tie-In, check out his Twitter feed. 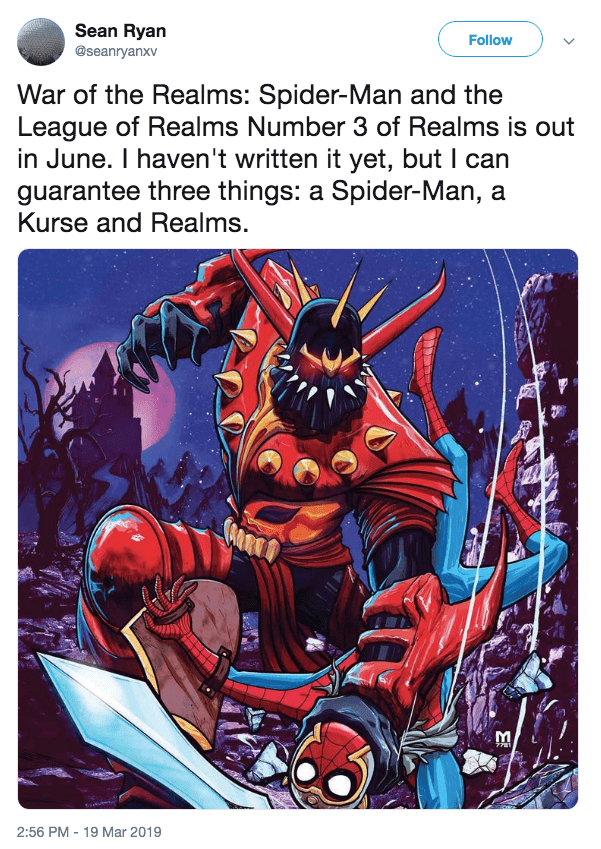 About War Of Realms: Spider-Man & League Of Realms #1 (of 3):
WAR OF THE REALMS TIE-IN! In order to win the War of the Realms, we need a LEAGUE OF REALMS! Thor once led this team with one representative from each fantastical realm, but the League has a NEW leader and representative of Midgard- SPIDER-MAN! Spider-Man must Frodo-Up and lead this ragtag group of SCREWBEARD THE DWARF, UD THE TROLL, RO BLOODROOT THE WIZARD, SIR IVORY HONEYSHOT THE LIGHT ELF, and TITANYA THE MOUNTAIN GIANT! But who will represent ASGARD?! And, as Spidey is a terrible leader, could this team possibly achieve ANYTHING?!

Check out the five pages below: 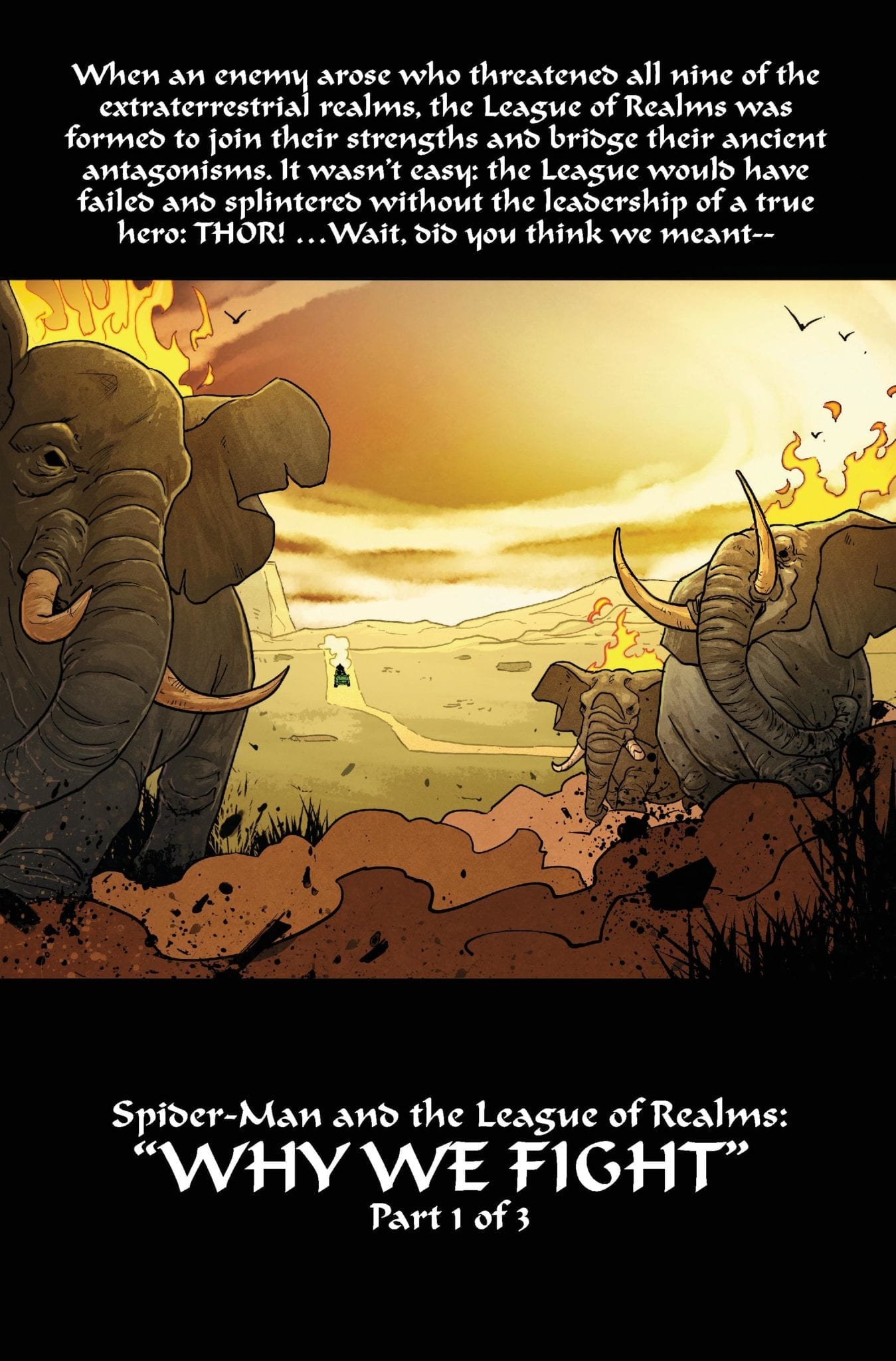 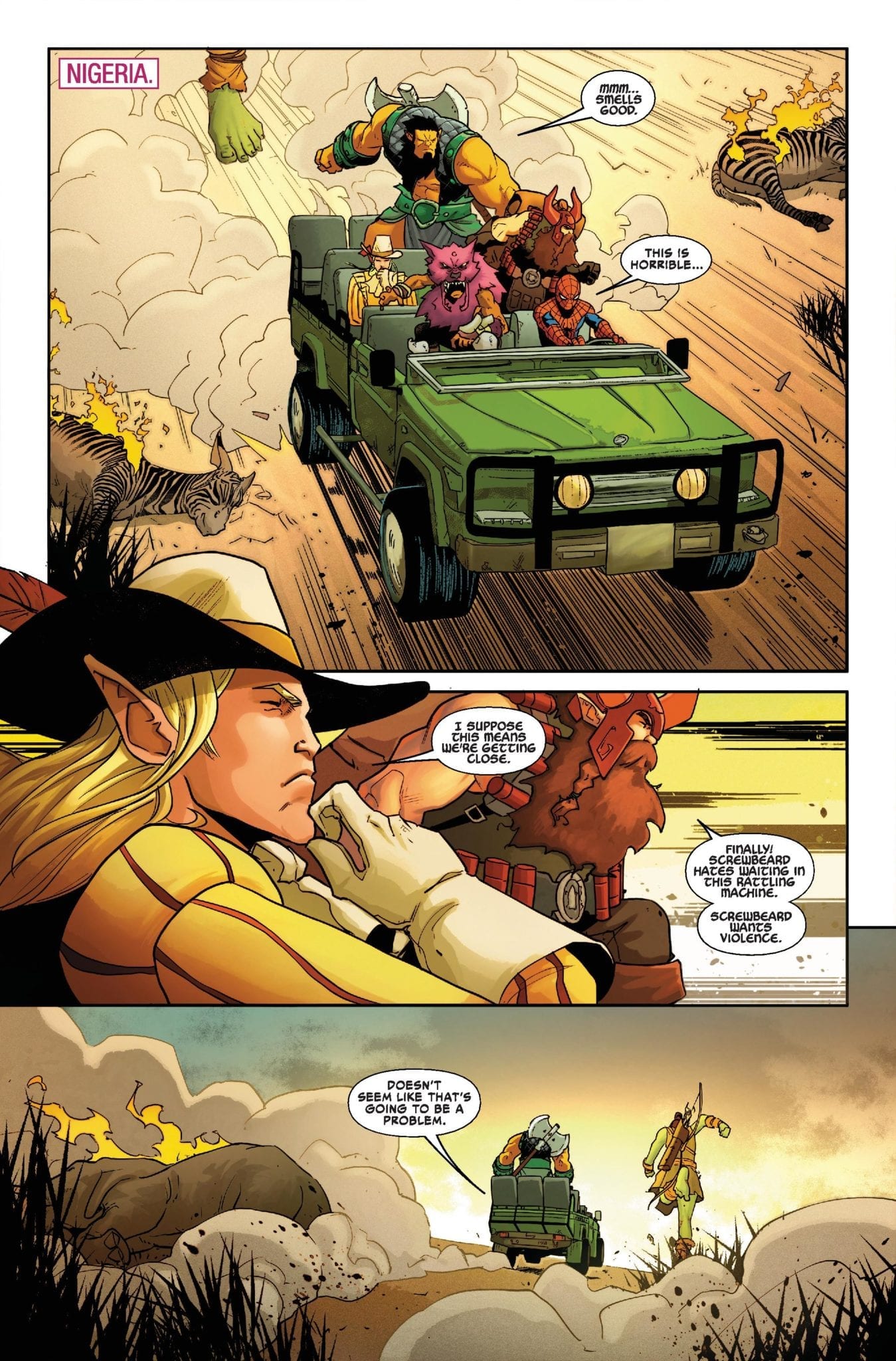 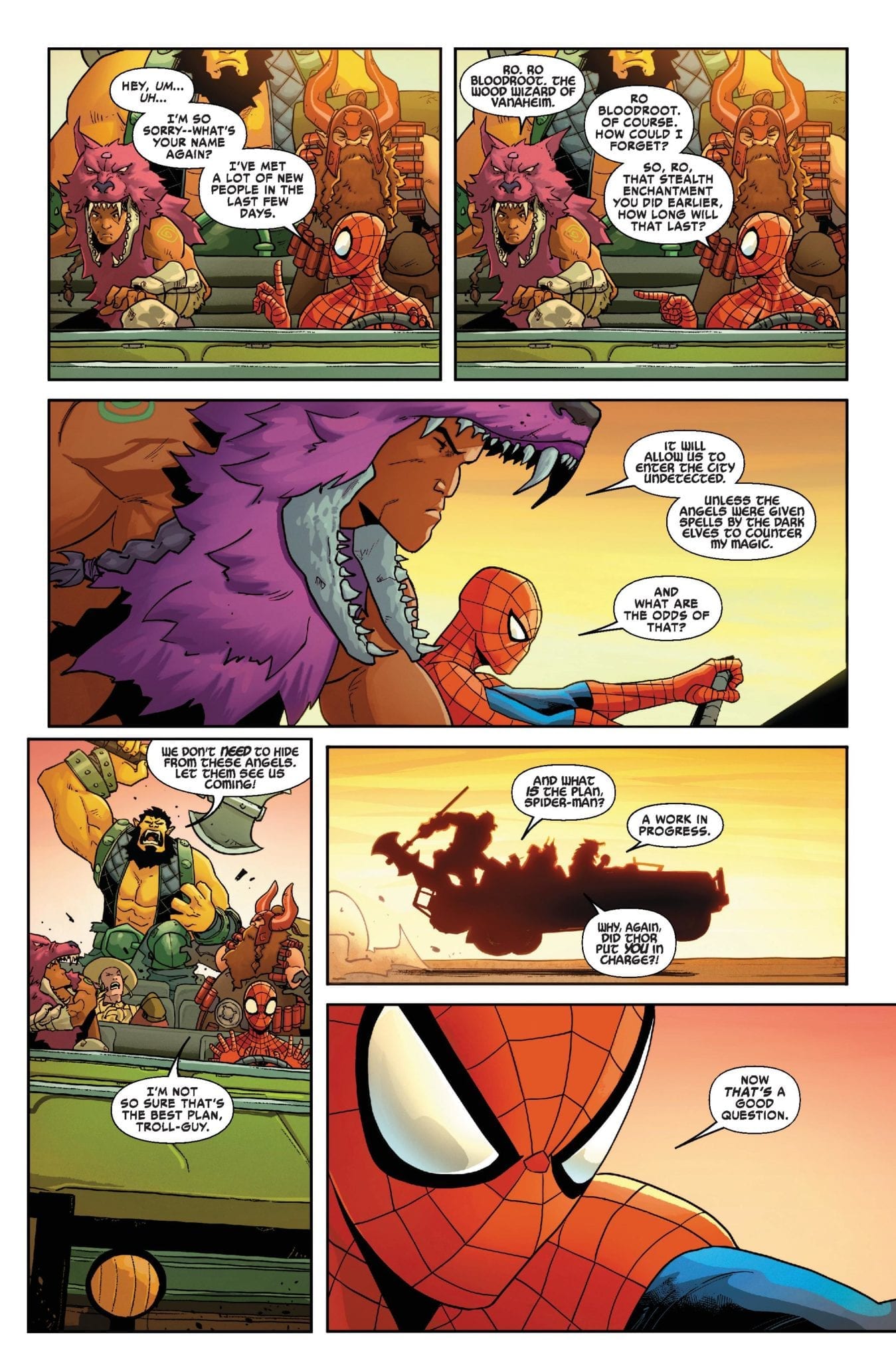 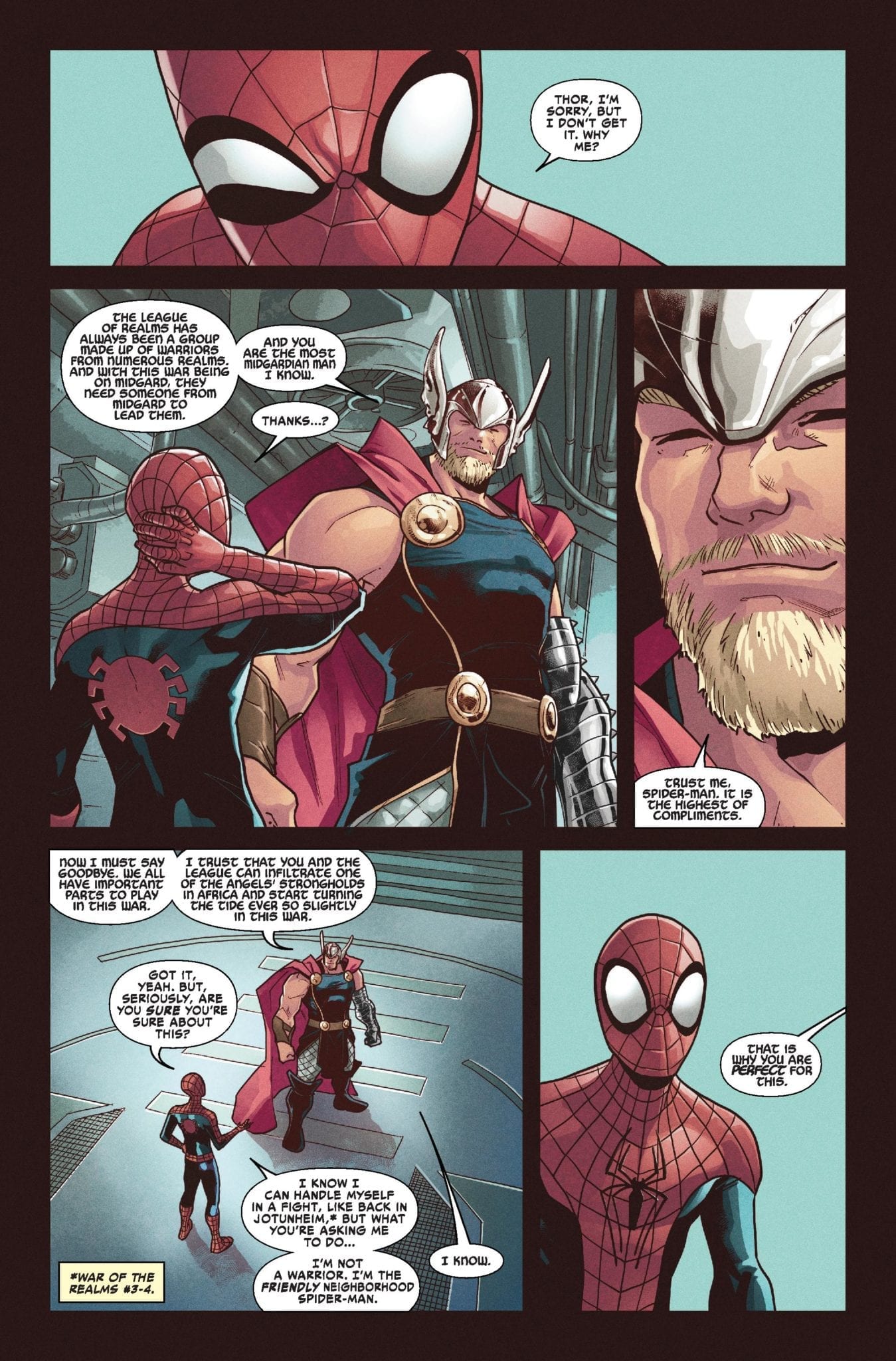 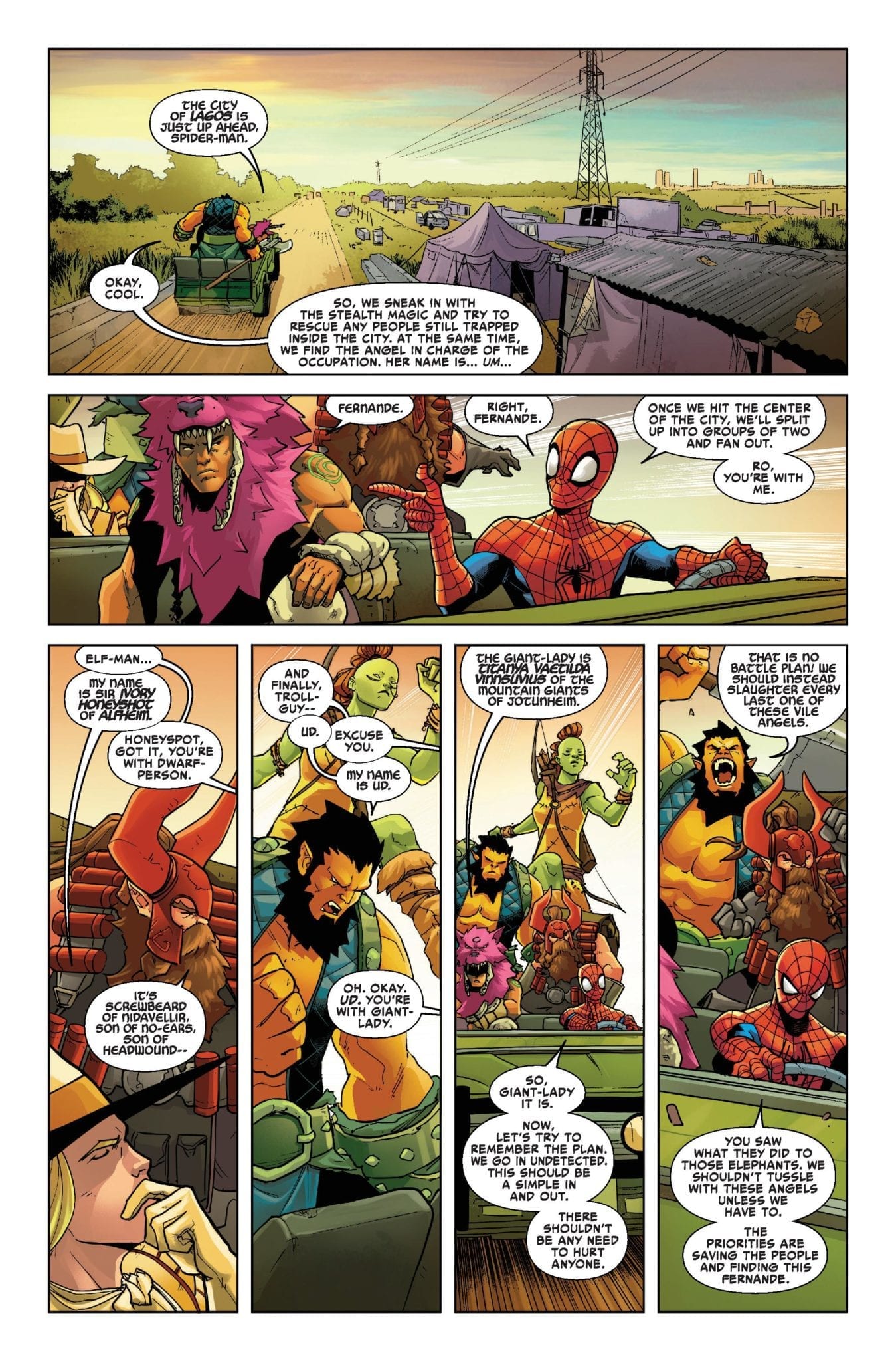 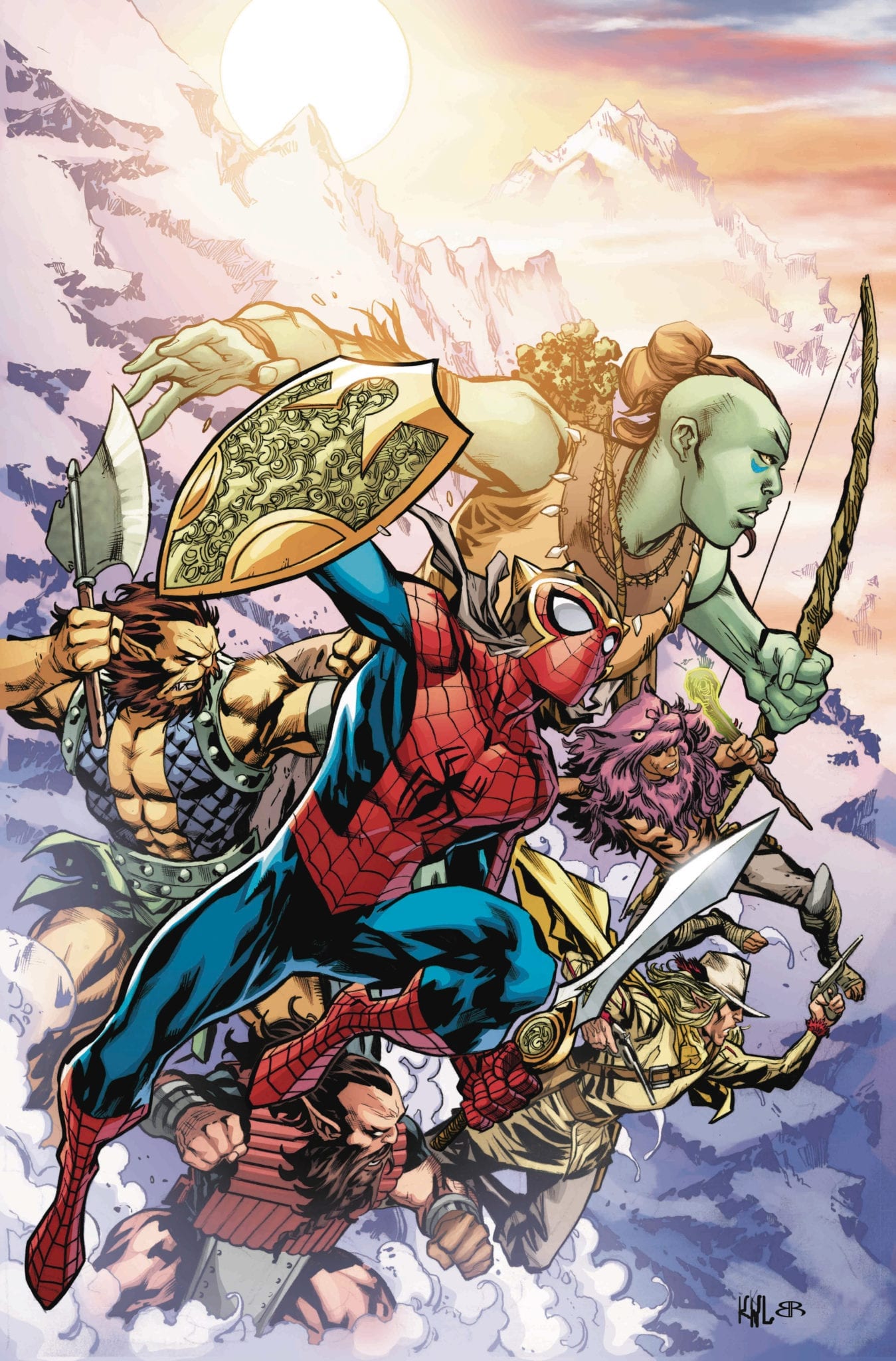 Do you have War Of Realms: Spider-Man & League Of Realms #1 (of 3) on your pull list? Comment below with your thoughts on War of Realms.