The four-issue mini-series is written by Hastings, with pencils & inks by Ryan Browne, Ruth Redmond handles colors, and you will read Hassan Otsmane-Elhaou letters (just not today).

About the Quantum & Woody:
Quantum & Woody — the worst superhero duo in the world — are Earth’s LAST hope against stopping a coalition of mad scientists from destroying the planet!

Ejoy the Preview – Page One

Quantum and Woody are two superhero brothers (one of whom is adopted, hence the difference in melanin across the two) who just do not get along. Unfortunately, their superpowers come paired with individual bracelets that will disintegrate the boys to nothing if not touched together every 24 hours. So they’re stuck with each other.

When telling a story about mismatched superhero brothers, you’re going to have to go back to their shared past from time to time, so here we show off a moment in their youth when Woody was bullied, Eric (Quantum) tried to help out, and it didn’t go great. – Hastings 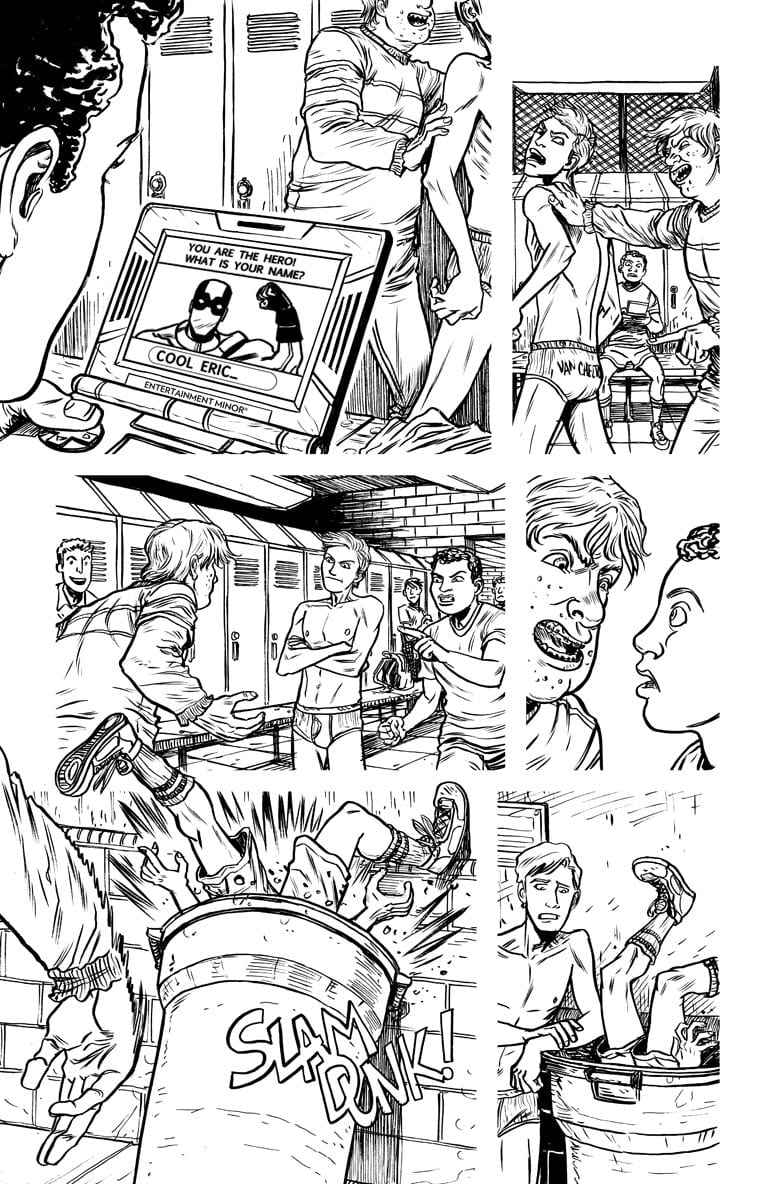 Moving on to the present, at that very same locker room, a couple of teens sneak off to vape some kind of cool flavored nicotine product, but are interrupted by A SPOOKY GHOST. Quantum and Woody’s old high school is h-h-h-aunted! – Hastings 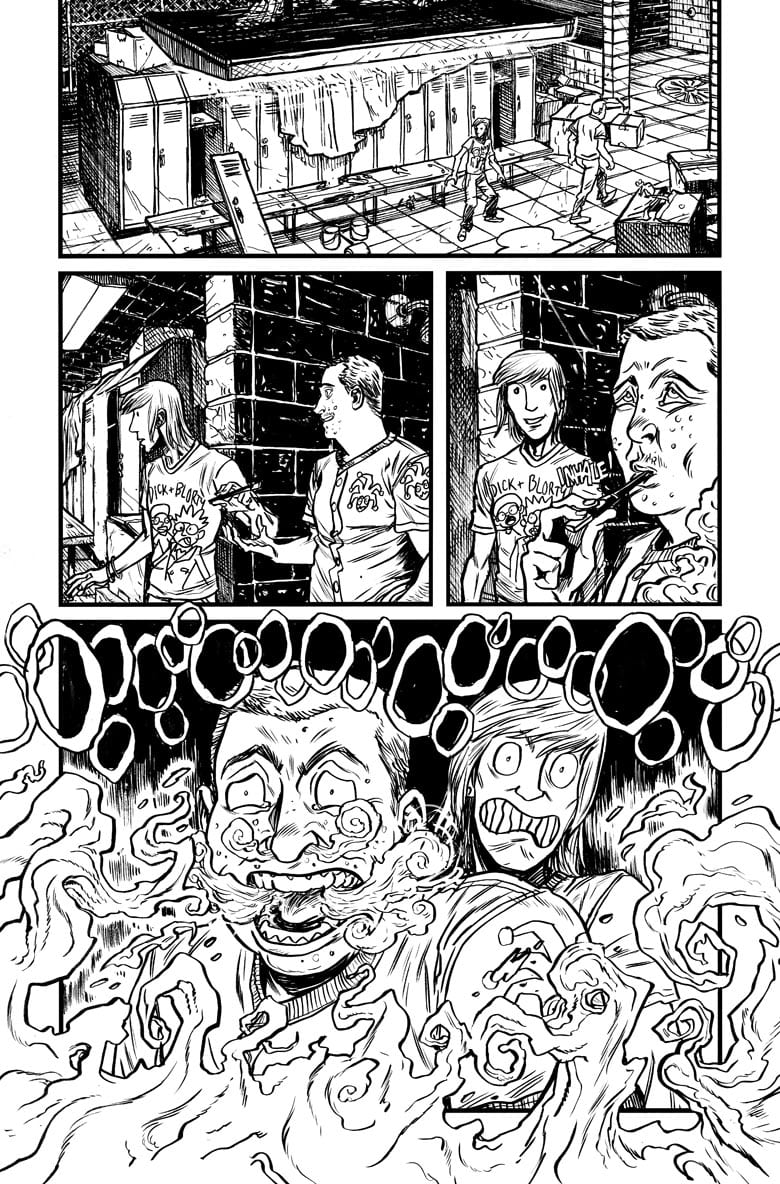 And just in case you skipped my first paragraph here, page three features our little recap/comic book theme song that tells you everything you need to know about Quantum and Woody (once it’s lettered). We’re big on doing self-contained, episodic stories that anybody can pick up, whether they’ve read previous installments or not, and this segment does most of the heavy lifting on the necessary continuity. – Hastings 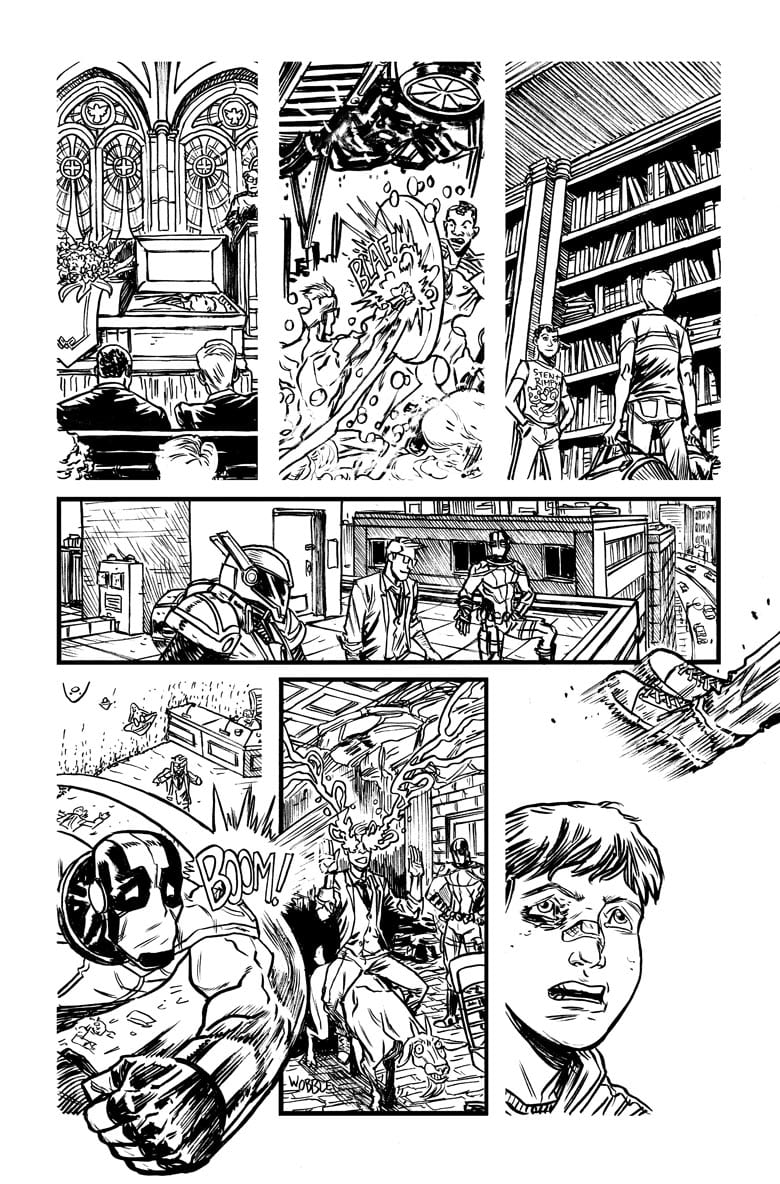 And here’s Quantum! Lately, his slacker brother Woody has been showing off some mysterious new powers, so the much more disciplined (and jealous) Quantum is training hard to achieve the same super-powered growth. Right now, he’s trying to maintain his quantum energy shields under the tremendous heat and pressure under the Earth’s crust.

Will such training help at all while going undercover as substitute teachers at the old high school? Is there some sort of terrible link from that moment in Quantum and Woody’s past and the mystery of the present? Yes! Obviously! Read the book to find out what, please! – Hastings 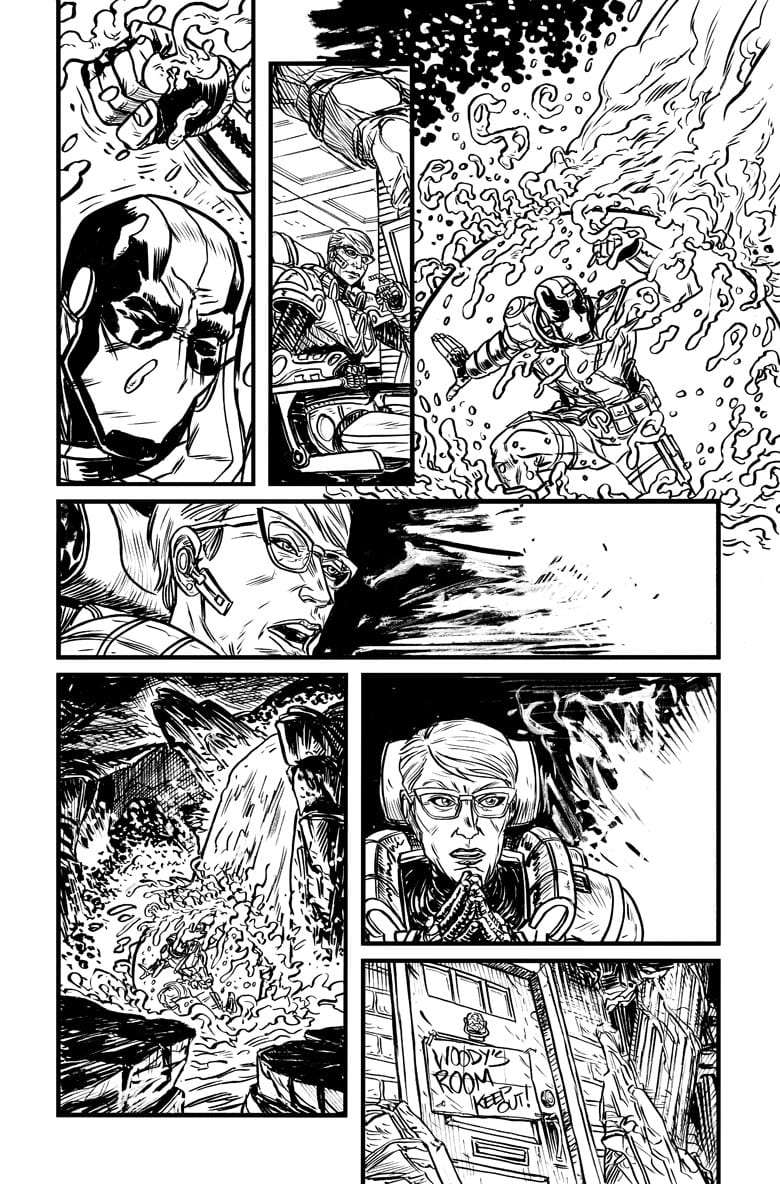 What have you thought of the series so far? Comment below with your thoughts.