Buffy the Vampire Slayer #8 hits your local comic book store on September 4, but thanks to BOOM! Studios and 20th Century Fox Consumer Products, Monkeys Fighting Robots has an exclusive look at the three covers for the issue by Kevin Wada (She-Hulk), Becca Carey (Bitch Planet), and Mondo illustrator Marc Aspinall. Check out the covers below. 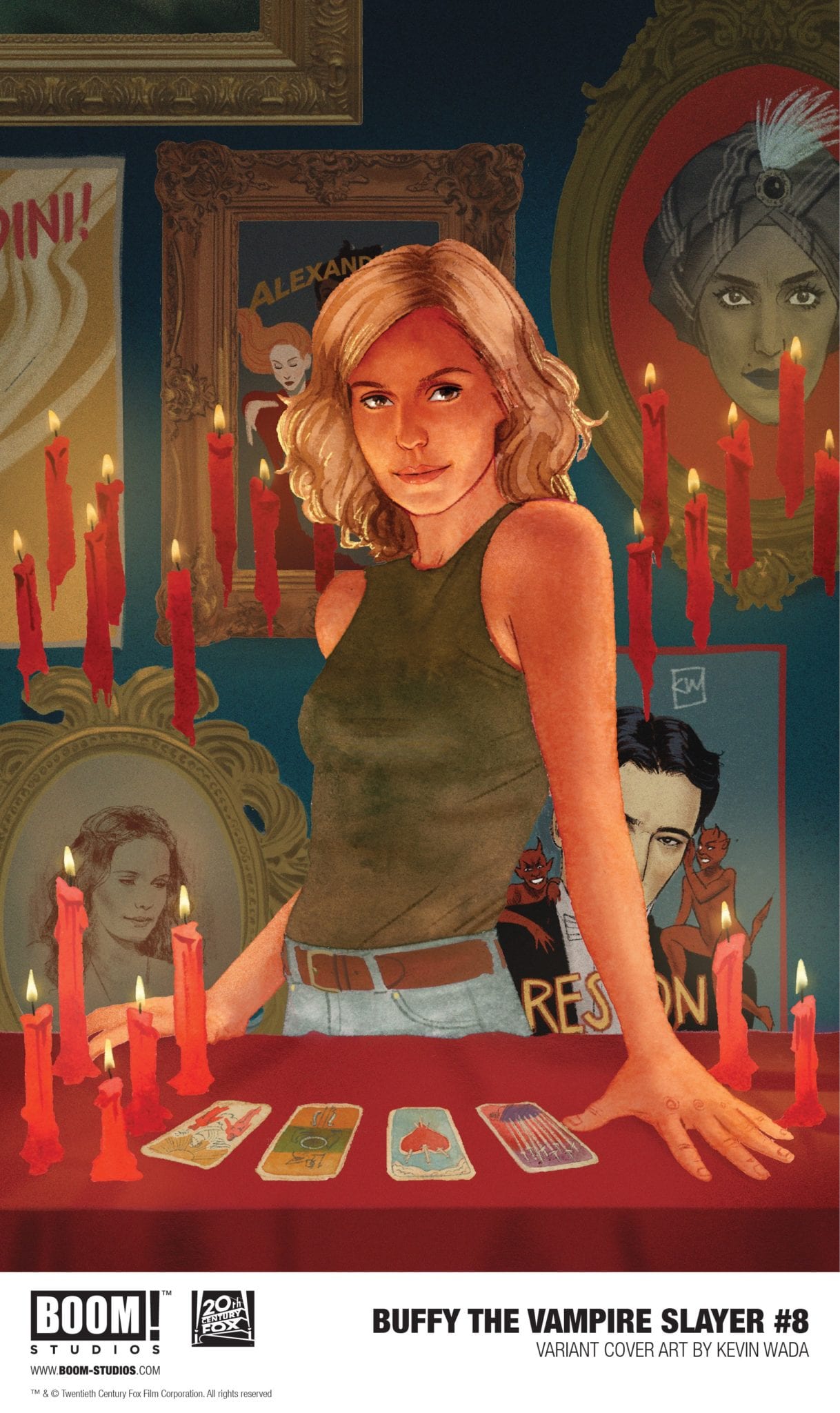 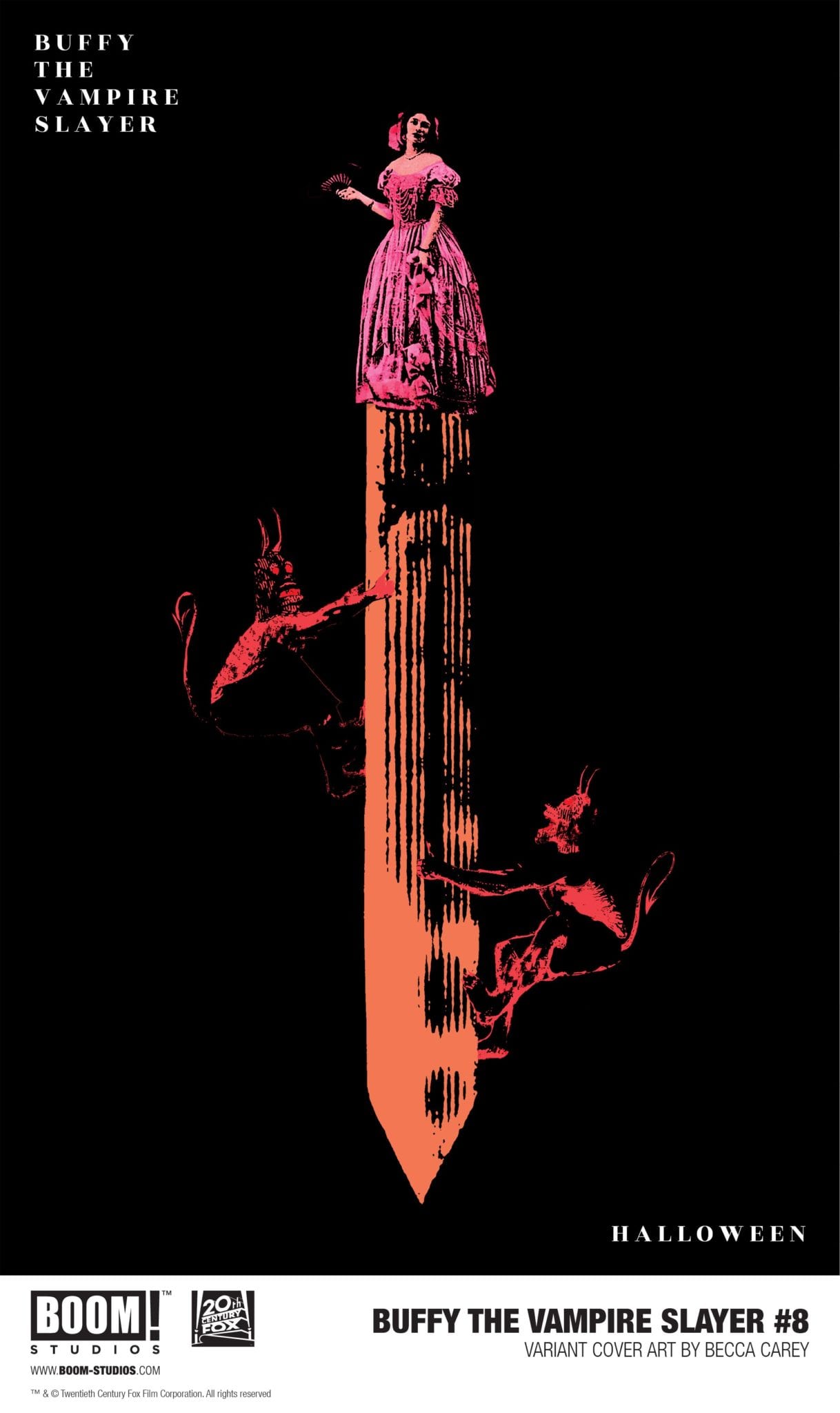 Buffy and Angel meet at a Halloween party on Aspinall’s cover: 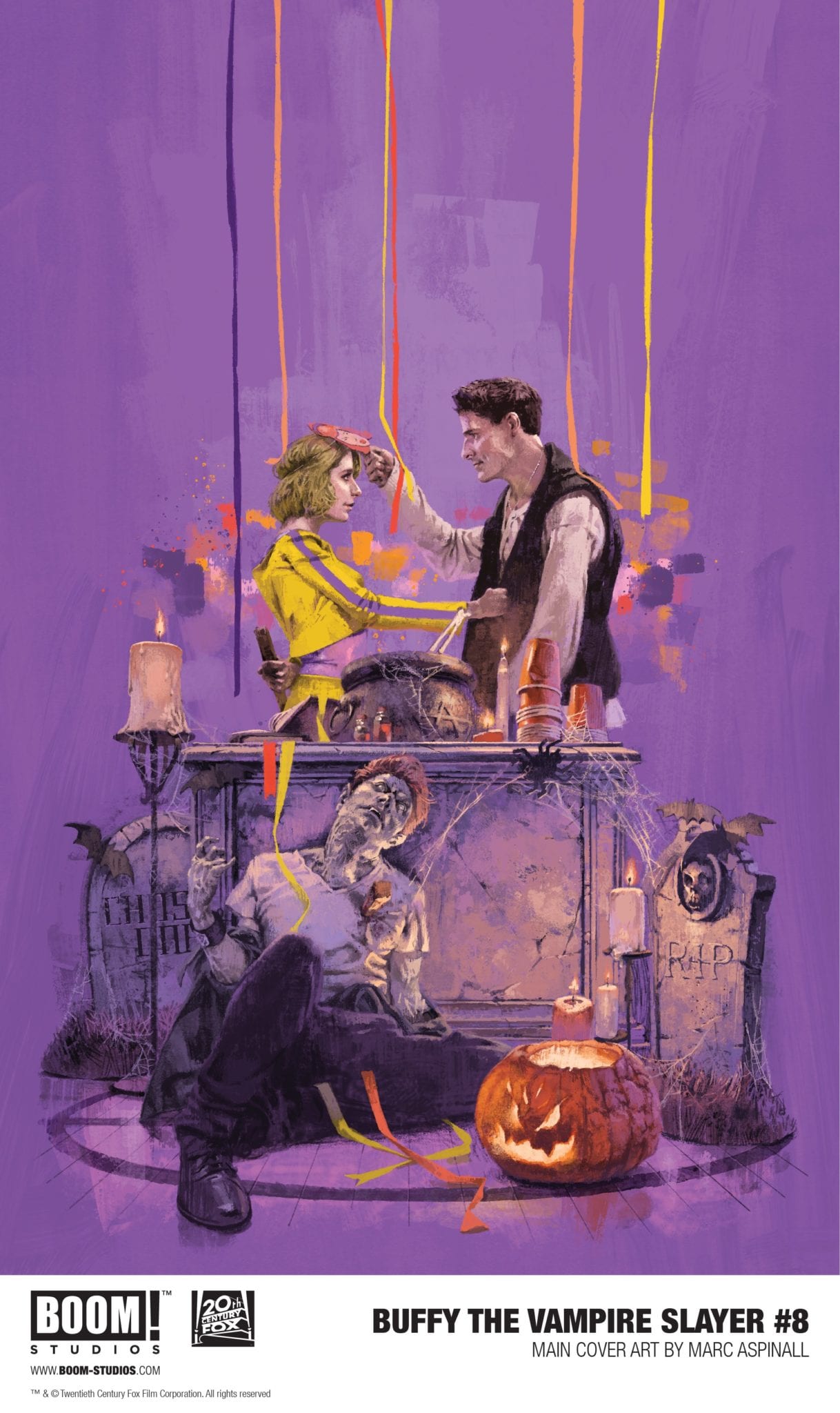 About Buffy the Vampire Slayer #8:

This game-changing issue of the acclaimed series will debut in stores September 4, 2019. While the Slayer and the rest of the Scooby Gang were fighting to save Xander’s soul, the Mistress Drusilla and her lieutenant Spike were busy searching for a way to open the gates of the Hellmouth so they could flood Sunnydale, then eventually the world, with demons and hell on Earth. And they’re close. Can Buffy stop them in time to save the world from utter destruction?

Buffy the Vampire Slayer is written by Jordie Bellaire (Redlands), with art by David López (Captain Marvel). Joss Whedon serves as a story consultant on the book.

What do you think of BOOM! Studios version of Buffy? Comment below with your thoughts.

AfterShock Comics Exclusive Preview: THE BROTHER OF ALL MEN #2