Review: The Villains Begin Their Attack in DIAL H FOR HERO #2

The Villains hunt for the Hero Phone!

The Hero Phone has returned. Miguel is a young man who almost died as a child. The Man of Steel himself saved him, and the rush pushed him to become a bit of a daredevil. One day, while performing a dangerous Canyon jump, Miguel misses his landing and plummets. Before he can meet his demise, however, an old rotary phone appears and tells him to Dial H for a Hero. Miguel does and transforms into the 90’s comic-themed hero, Monster Truck. He goes on a bit of a rampage in a junkyard and ends up turning back into Miguel. Before he can be arrested, a young woman named Summer drives up to Miguel in a stolen truck, and they run off together. What will happen now that the phone is back in the world? 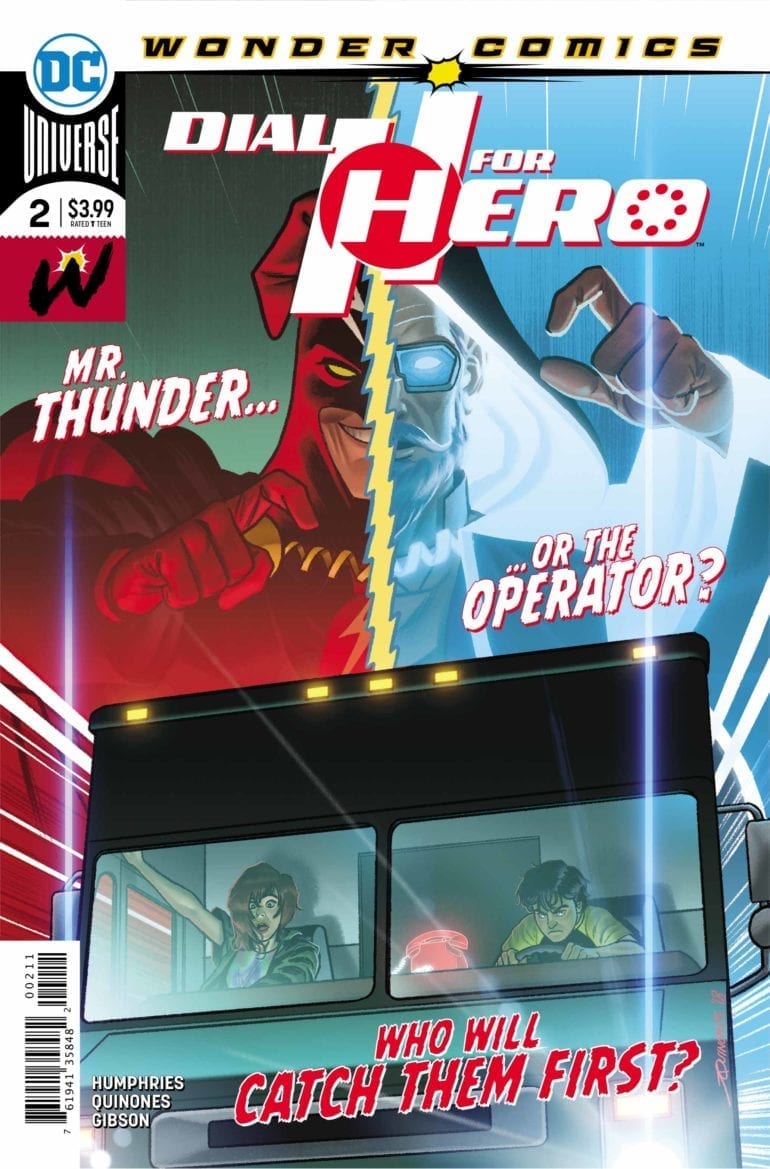 Miguel and Summer sit to discuss their plan of action at a diner while the phone keeps ringing. When Miguel picks it up, the Operator warns him of a group of people who will try to take the phone. One of these people named Barnaby ends up in the same diner and quietly follows them. While Summer is down for running away with the phone, Miguel wants to go home and throws the phone in a river. This gives Barnaby the chance to go and use it for himself. He swims down and becomes Jobu the Zonkey(Zebra Donkey) King! He begins attacking a riverboat, causing Miguel to realize he has to keep the phone and goes after it. 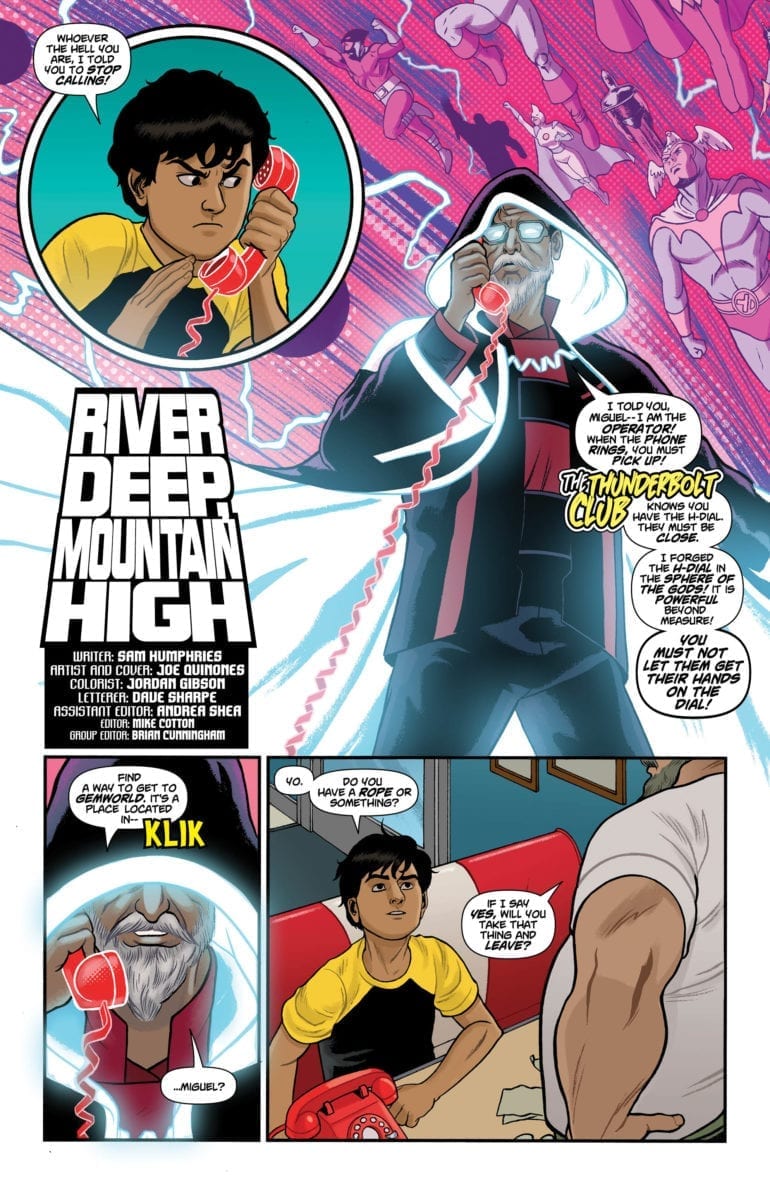 Comics like Dial H for Hero aim for one thing: having fun. Sure, we might get an emotional lesson, but overall it’s to entertain the reader. This issue succeeded in that with its humor and action. The heroes of this issue are great, harkening to manga such as Dragonball. I also found the mystery of the Thunderbolt Club and the Operator intriguing. However, this setup isn’t something we haven’t seen before. The trope of villains wanting their lost gifts back is a tired one. Despite that, I still enjoyed this comic, and I can’t wait for issue three.

The art continues to be the standout asset of this series. Joe Quinones’ style is already great when it’s just the standard Miguel and Summer talks, but it’s downright amazing when he changes styles entirely. When we meet Jubo and Deathshead, the comic’s illustrations turn into a homage to manga. The flexibility in Quinones’ style is top notch and truly makes this comic unique. 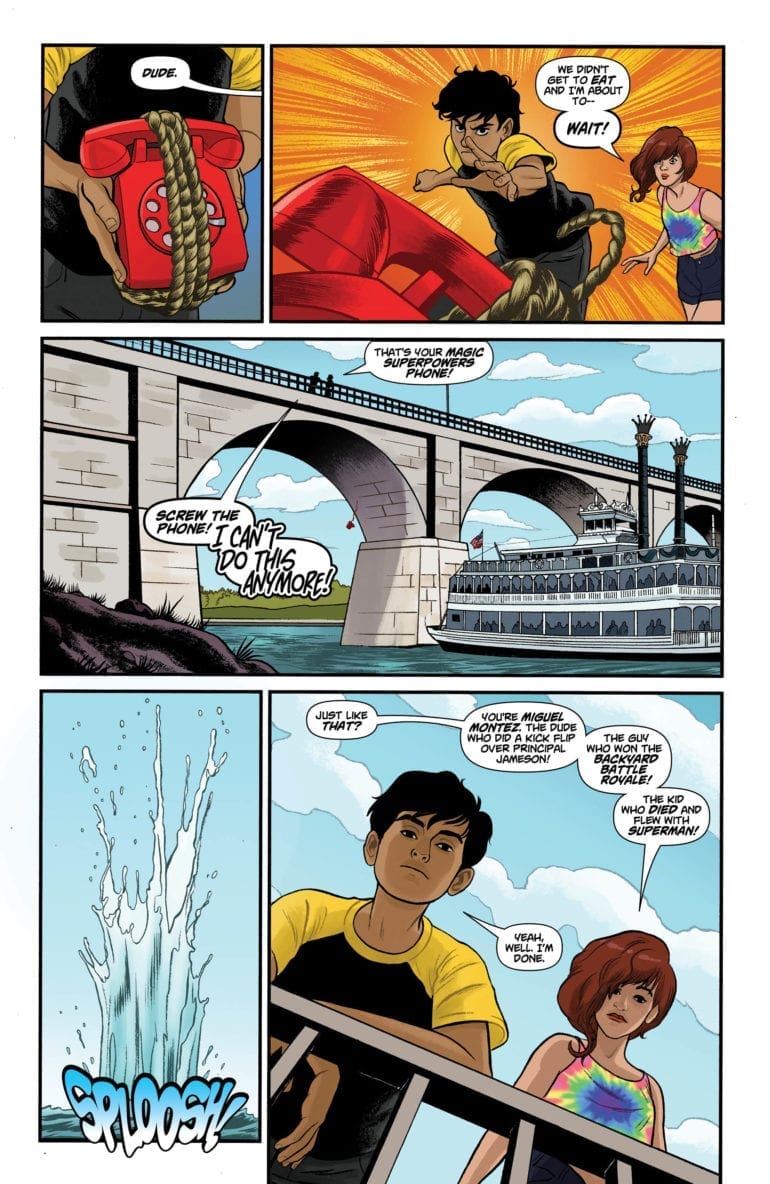 While it still has a bit to go before passing the game of the A-List DC comics, Dial H is an incredibly fun time. The story is simple yet entertaining while the art is out of this world. If you haven’t picked this issue or the previous one up yet, I highly recommend it.

The second issue of Dial H for Hero continues the fantastic looking, fun adventure.Review: The Villains Begin Their Attack in DIAL H FOR HERO #2