BLACK SCIENCE #40 “Remender and Scalera should do comics together forever.”

Black Science is coming to an end within a few issues for Image Comics. Grant McKay and the gang face off against the evil inter-dimensional witch Doxta in a dramatic march towards the final chapter. 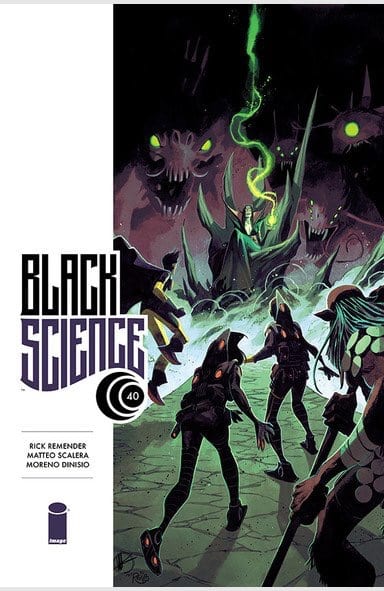 The McKay family and all of their many allies make a final stand against Doxta and her forces to save existence. Grant faces all he fears and regrets to save those that he loves and put the universe back on the right track.

It all seems to work out with the destruction of Doxta. That doesn’t actually happen to be the case in an absolutely brutal twist when we go from the happy ending to Grant foaming at the mouth seeing this false vision of the end. He comes to surrounded by the slaughtered bodies of his family and friends and a smiling Doxta.

Grant has failed one more time, Doxta has prevailed and plans to torture our beloved, damaged hero for eternity. In another huge twist, Grant wasn’t the final obstacle in Doxta’s way. In our cliffhanger ending, Kadir emerges to face the evil witch. 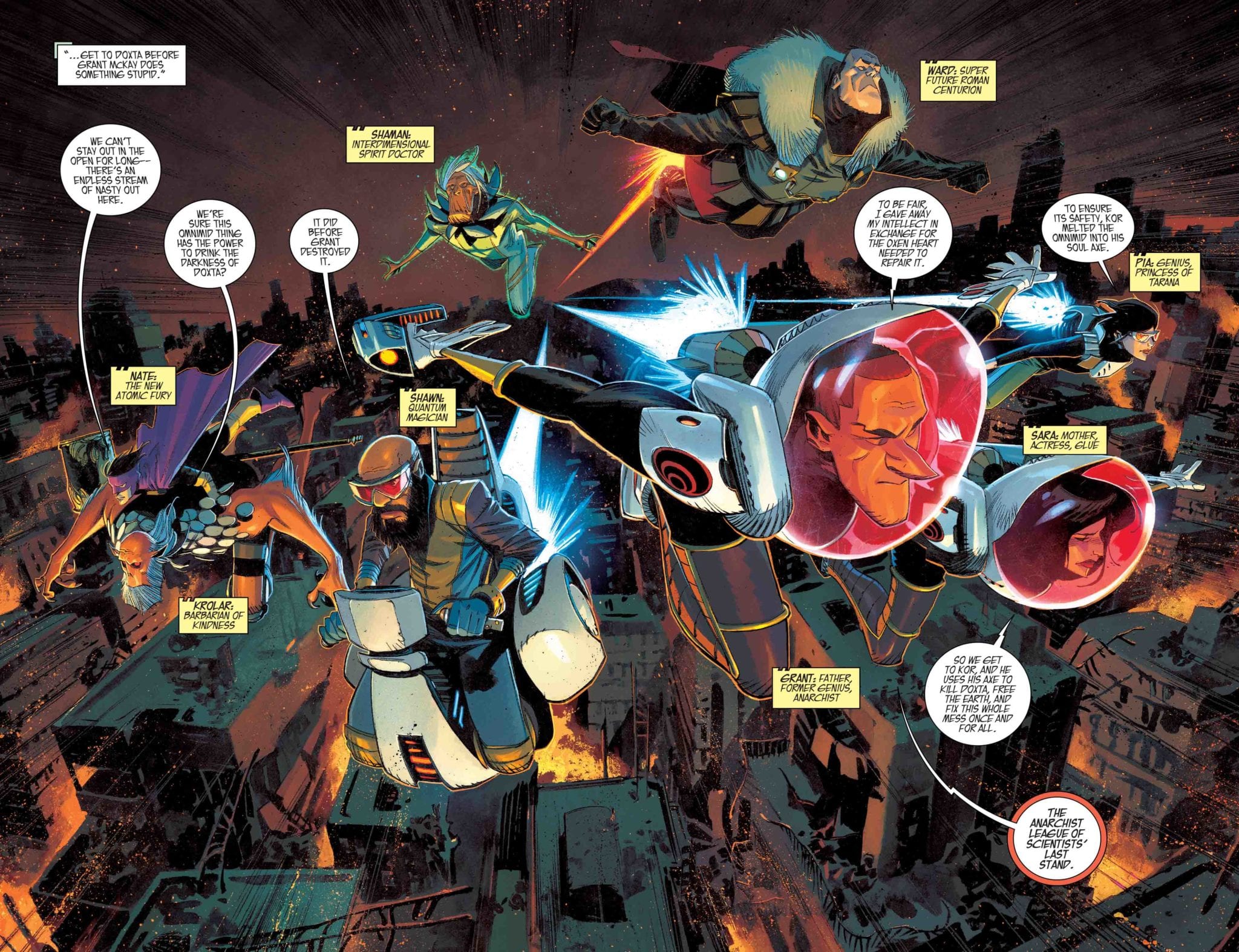 Black Science #40 is full of twists and brutal turns that deliver and effectively lead the reader where they’re intended to. As with the entire series thus far, Matteo Scalera’s art is phenomenal. So much emotion and weight in not only the dramatic moments, but the quieter and lighter moments as well.

Doxta has been established as one of the most brutal and punishing villains of recent memory. The landscape our characters have to navigate is one of both nightmares and wonder. Scalera has done forty brilliant issues of art that everyone should be paying attention to.

Rick Remender’s skill for long-term plotting and development is best on display in Black Science. The journey we’ve gone on with these characters, through the literal Eververse, has been satisfying and brutally honest. It’s amazing that such realistically tragic figures can exist and interact so effectively in a book this insanely imaginative. Remender and Scalera should do comics together forever. 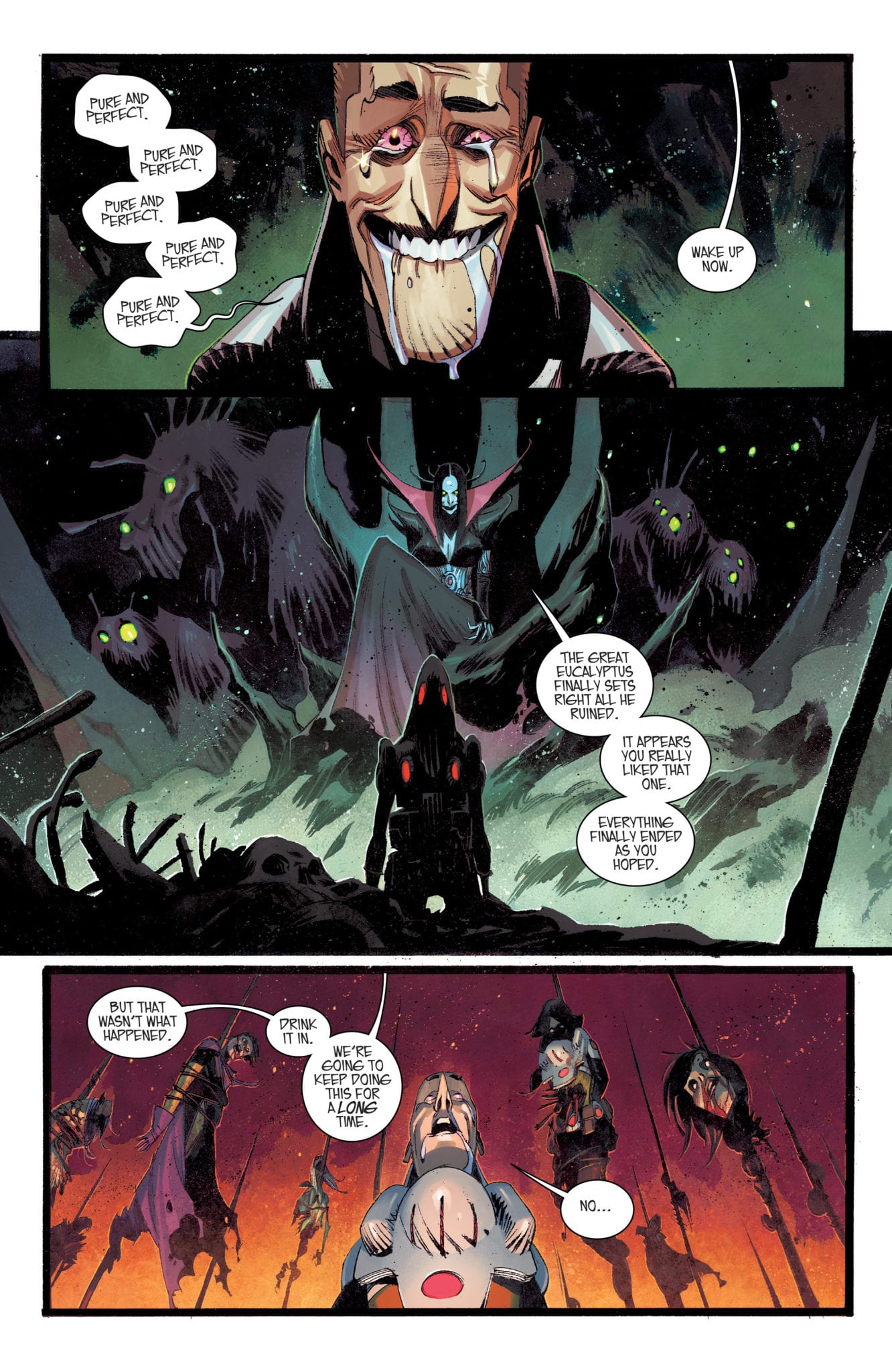 Every step this series has taken in a new direction, with every new chapter that starts, it continues to develop in ways that keep us on our toes. Black Science is pure science-fiction imagination come to life and delivered to readers in a beautiful package that isn’t easy to predict.

Grant McKay is far from the hero we’re all accustomed to in comic books and Black Science is far from what is to be expected from comic book stories. It’s a shame that the end is near but it’s going to be a hell of a ride getting there.

BLACK SCIENCE is a masterpiece that every science fiction fan should read.BLACK SCIENCE #40 "Remender and Scalera should do comics together forever."