BATMAN: THE KILLING JOKE Rises Above Its Troublesome Origin to Provide Inspiration

Batman: The Killing Joke remains after all these years what it has always been. Controversial. Somewhat problematic. And brilliant. Alan Moore’s disturbing tale of Gotham Police Commissioner Jim Gordon’s very bad day, as engineered by the Joker, continues to be the watermark by which the relationship of the Batman and the Joker is measured. In stark contrast is the beautiful art by Brian Bolland. Bolland’s pencils, mixed with John Higgins’ pop-art colors, produce an onslaught to the senses. It’s hard for one’s mind to accept the brutal story Moore tells with Bolland’s almost-cartoonishly clean lines.

The original theme of TKJ is mostly lost to a seminal moment in the DC Universe, which was an almost throwaway scene. And therein lies the controversy. We’ll touch on that in a second.

The Joker wanted to show Batman, via Gordon, that if anyone had a truly horrific day, their mind would simply break. The secondary story, supposedly the origin of the Joker, seems to bear this out. A failed stand-up comic, Joker looks to crime for a quick score in order to support his pregnant wife.

As he meets with the two men planning a robbery of the chemical plant where Joker used to work, two things happen in quick succession. The first is the introduction of the Red Hood costume he’ll wear as a distraction while the other two perform the heist. And the second is the arrival of the police, informing Joker his wife and unborn child were killed in a freak electrocution accident.

The rest is comic book lore. The trio arrives at the chemical plant and are immediately discovered. Batman is also on the scene, knocking Joker in a vat of chemicals. When he emerges, he’s white-skinned, green-haired, and insane. The Joker is born.

The scene I mentioned comes at the beginning of Joker’s experiment with Gordon. The Clown Prince of Crime shows up at the home of Gordon’s daughter, Barbara (secretly Batgirl). When she opens the door, he shoots her in the pelvis, shattering her spine. What follows is a scene of deviance no one saw coming in the DC Comics world of 1988. It’s still a hard read. Gordon is drug off by henchmen while Joker strips Barabara nude and begins taking very explicit photos of Jim’s gruesomely-injured daughter. The photos are later shown to Jim but fail to get the expected reaction. Batman arrives, rescues Jim, the Commissioner demanding the Dark Knight bring the Joker in by the book. If anything, Jim’s very bad day only made him a better cop. 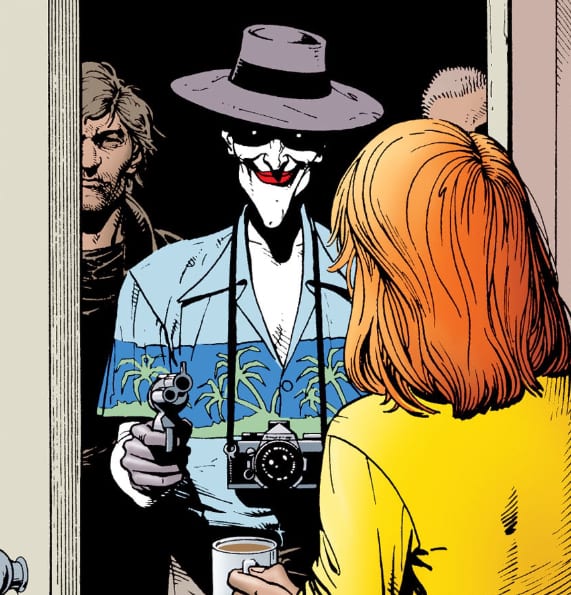 (Still better than a copy of The Watchtower.)

The argument with this sequence of events is the practice of “fridging.” The concept was first voiced by writer Gail Simone after the body of Green Lantern’s girlfriend was found mutilated in her refrigerator in a 1994 storyline. Fridging portrays how a woman is introduced solely to move the male-dominated plot forward, not given respect as a character, sometimes not even given a name, and is considered to be a sexist and crude literary device and demeaning to women.

The Killing Joke was intended as a one-shot, non-canonical story. As such, Moore is accused of taking a fully-formed, deeply-rooted character in Barbara Gordon/Batgirl and fridging her, solely as a way to torture her father. Seemingly, there’s no thought of her future, or past for that matter. Critics accuse Moore and Bolland of being gratuitous in their depiction of Barbara’s shooting, using it solely as a vehicle to shock and titillate.

The other side of the argument is that the shooting may have ended Babara’s career as Batgirl, but it created Oracle. Gordon’s new persona is arguably a more important figure in Batman’s history, due to her role as the lead dispatcher/researcher for the Bat-Family and proof one doesn’t need to be able-bodied to make a difference. Barbara spent 20+ years in a wheelchair, and during that time, helped found the Birds of Prey, was Batman’s most-utilized source of assistance behind Alfred and continued to be a strong female role model, doing it without baring skin or using her fists.

Various pundits have pointed out; however, that wasn’t Moore’s intention. His alleged misogyny is right there for all to see, say some. He had no plans for Batgirl post-TKJ. Again, this was supposed to be a one-time story with no basis in the DC Universe. Some readers have also posited the Joker raped Barbara during this time; again, not what DC readers expected in the late 80s. 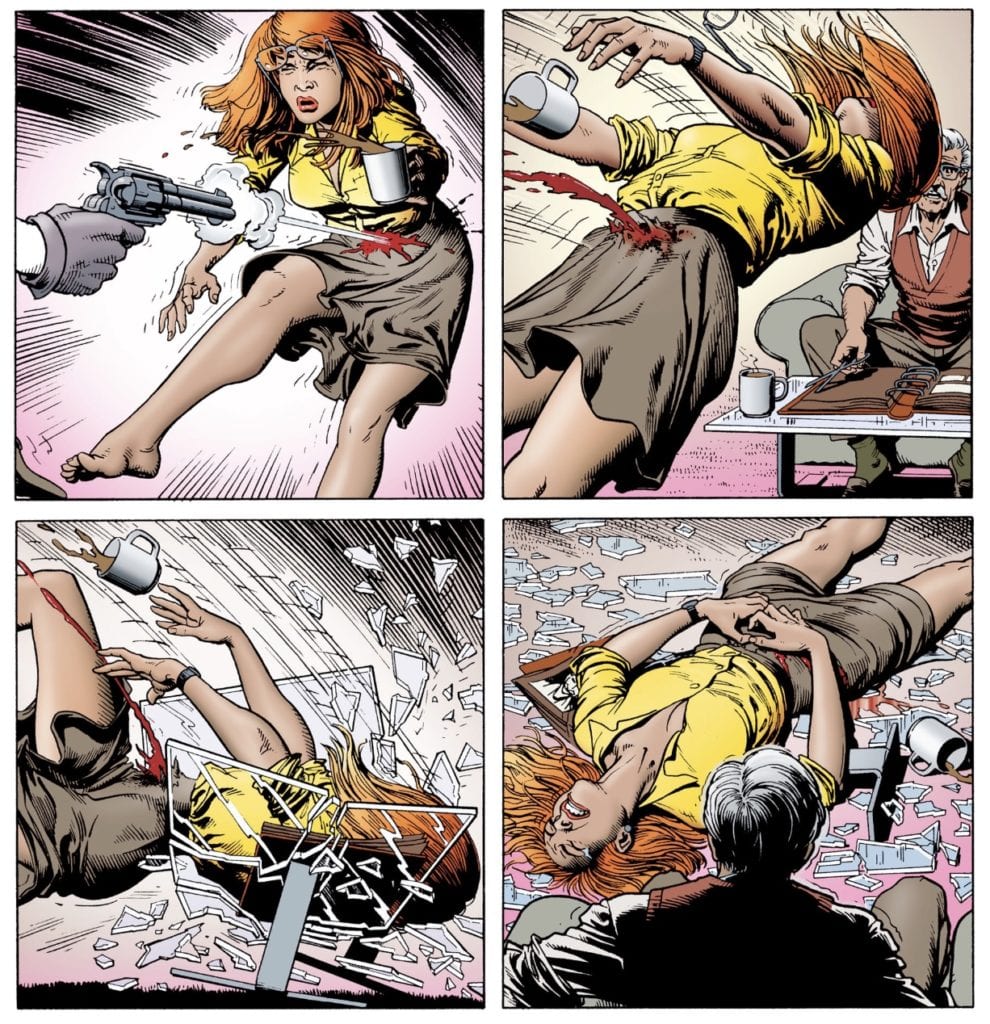 My interpretation of the story has always been this: sometimes, terrible things happen. The idea that the Joker, a deeply-disturbed sociopath, would commit such an unimaginable crime against the daughter of the police commissioner raised the stakes for the character. Now, nothing is off the table. We see the Joker as a being who should never be underestimated, neither for his capacity for evil, nor for his ability to carry it out.

The story itself isn’t original, not in the world we live in. Again, bad things happen all the time, but this time, it happened to a beloved character. And it was graphic and brutal and hard to read. But to me, that act not only gave us the type of Joker Denny O’Neil and Neal Adams hinted at in the 70s, unequaled in his desire to create chaos and torment Batman, but it gave us Oracle. Oracle, who may have lamented her lost legs and her lost identity as Batgirl, but never let it crush her spirit. She had the worst happen to her, and she rose above it.

She wasn’t a sidekick. She wasn’t some piece of fluff to ogle. She was an important character and one of the Bat-Fam’s top assets. Batgirl and Joker’s shared history provided some intense scenes during the New 52’s Death of the Family arc, where Barbara had to face Joker for the first time as Batgirl since the shooting. She rose above the terror and the psychological damage and did her part to defeat him. She faced her fear and won. That’s what inspirational characters do. They elevate beyond his or her limitations, beyond their tragic backstories, and in defiance of all the odds, they win.

Batman: The Killing Joke remains one of my favorite DC stories. It’s Moore at his best and most sinister. It’s Bolland providing beautiful, clean artwork for a script that was neither, making the contrast all the more blunt. Brutal things happen to good people. More often than not, those things leave a mark or outright destroy the person in question. Barbara Gordon rose above being used as a pawn for someone else’s very bad day and came out on top.

And isn’t that why we read comic books in the first place?