Review: BATMAN #99 Brings The Family Together for The End

Batman Prepares for the End

The Joker War continues to torment Batman. After being infected by the new Joker serum, Bruce has been going through visions of his guilt. It first started with the death of his parents, but soon it turned into Alfred. While detoxing, he has a conversation with the hallucination. Through a powerful speech, Alfred convinces Batman that this is not the end of his story. He has to let him go and gather the family. Bruce awakens just in time to help Harley Quinn defeat Punchline and heads off to gather everyone for one final battle. Will Gotham survive? 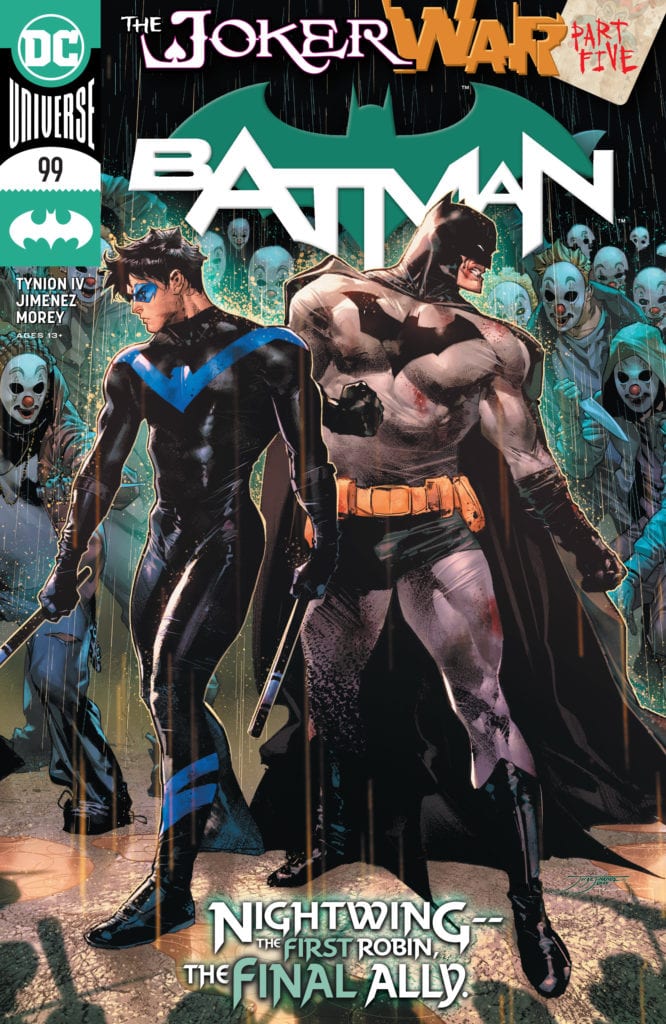 We open with Joker, preparing for a final mass killing in Gotham. He exposits about how Batman believed the city was his when, in truth, it is really his own. The clown prince makes his way to Ace Chemicals to unleash his final joke. Meanwhile, across the city, Batman gathers the family. He explains how each of them needs to find and stop the joker gang. Before they all separate, Bruce gives Nightwing his costume back. The Dark Knight goes off to face Joker one-on-one but has an unexpected follower: Harley Quinn. She gives the Bat an ultimatum: either he kills Joker or she will. 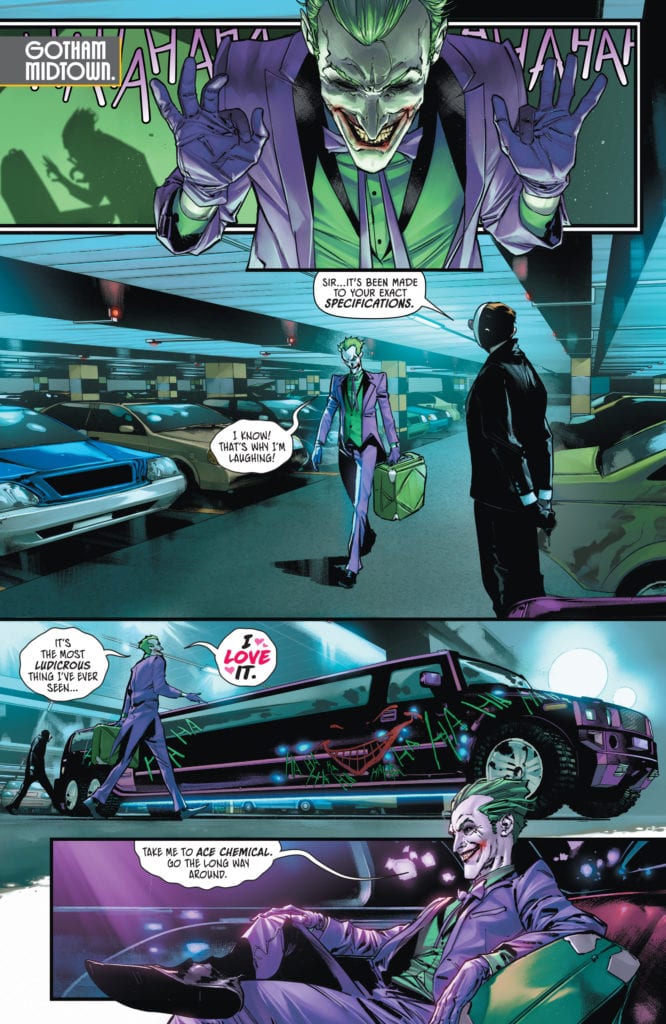 I think the biggest problem with this issue is that there is too much and too little at the same time. Due to this event being as big as it is, there is plenty of action in tie-in books to catch up on. The problem is that they’ve been doing a hell of a lot more than the central Batman comic. Sure, we’ve had Batman fight off the zombie victims, but besides that, most of the stuff he’s faced is in his head. This is a gang war more immense than any other, and while most of the family has been fighting, Bruce has been stuck in his own head. It was nice having him come to terms with Alfred’s passing, but I expect more from the series at the heart of the war.

There are a few parts that do stand out. The ultimatum between Harley and Batman was actually well done and raises excellent points about the future. She points out that Joker always comes back with a bigger and more deadly scheme, meaning he’d bring something even worse than the Joker War. She wants to stop that from happening, and honestly, it’s a fair argument to make. Will they kill the Joker? Probably not, but it’s still a very difficult choice. 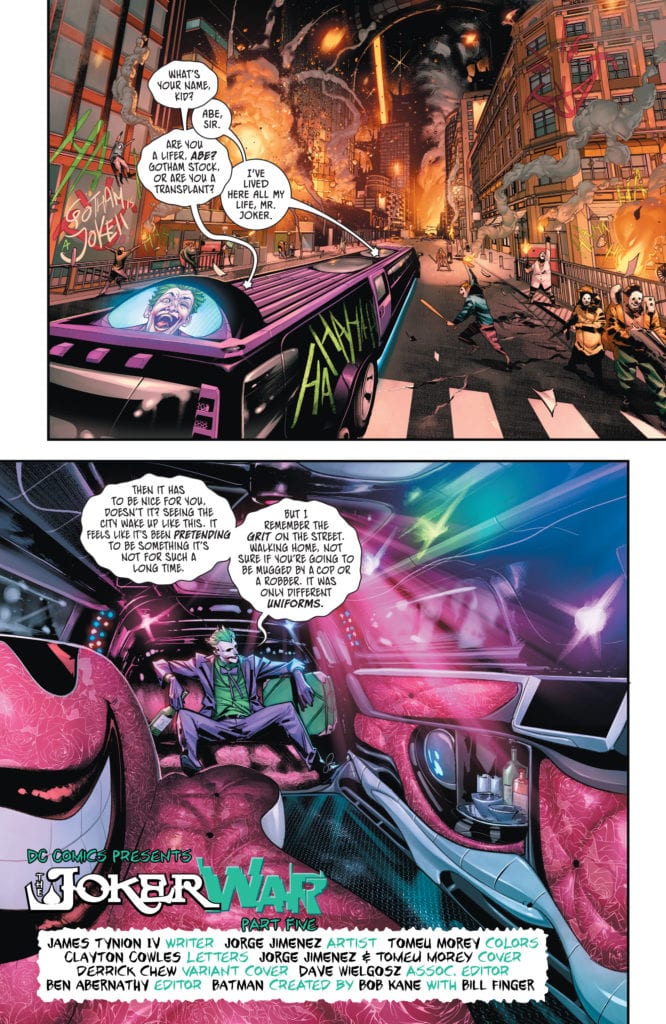 Jorge Jimenez has been doing a fantastic job during the Joker War arc, and this issue is no exception. Jimenez’s is able to provide crazy, mind-bending visuals for creepy scenes. The monologue the Joker has the beautifully drawn chaos of Gotham as a visual, and it’s damn near perfect. Every page feels larger than life, fitting the dire nature of the situation. Tomeu Morey brings these illustrations to life with fantastic colorwork. The pair work well together, and I can’t wait to see what they do for issue 100.

Honestly, this issue might look amazing; the story does not live up to it. There are some great moments like Harley’s ultimatum that try to make the issue feel epic, but it’s not enough. This is just a filler issue with little to no action that is just hyping up issue 100. Jimenez and Morey provide fantastic art, especially in character design, giving us a character reveal that will stay in my head for years to come. The Joker War concludes next issue, so let’s hope the hype this issue tried to provide was worth it.

Batman #99 may look pretty, but it's mostly padding in preparation for issue 100.Review: BATMAN #99 Brings The Family Together for The End