Voyager has come back for another big-time story. Avengers: No Road Home is the follow-up to Avengers: No Surrender from the writing trio of Al Ewing, Jim Zub, and Mark Waid. 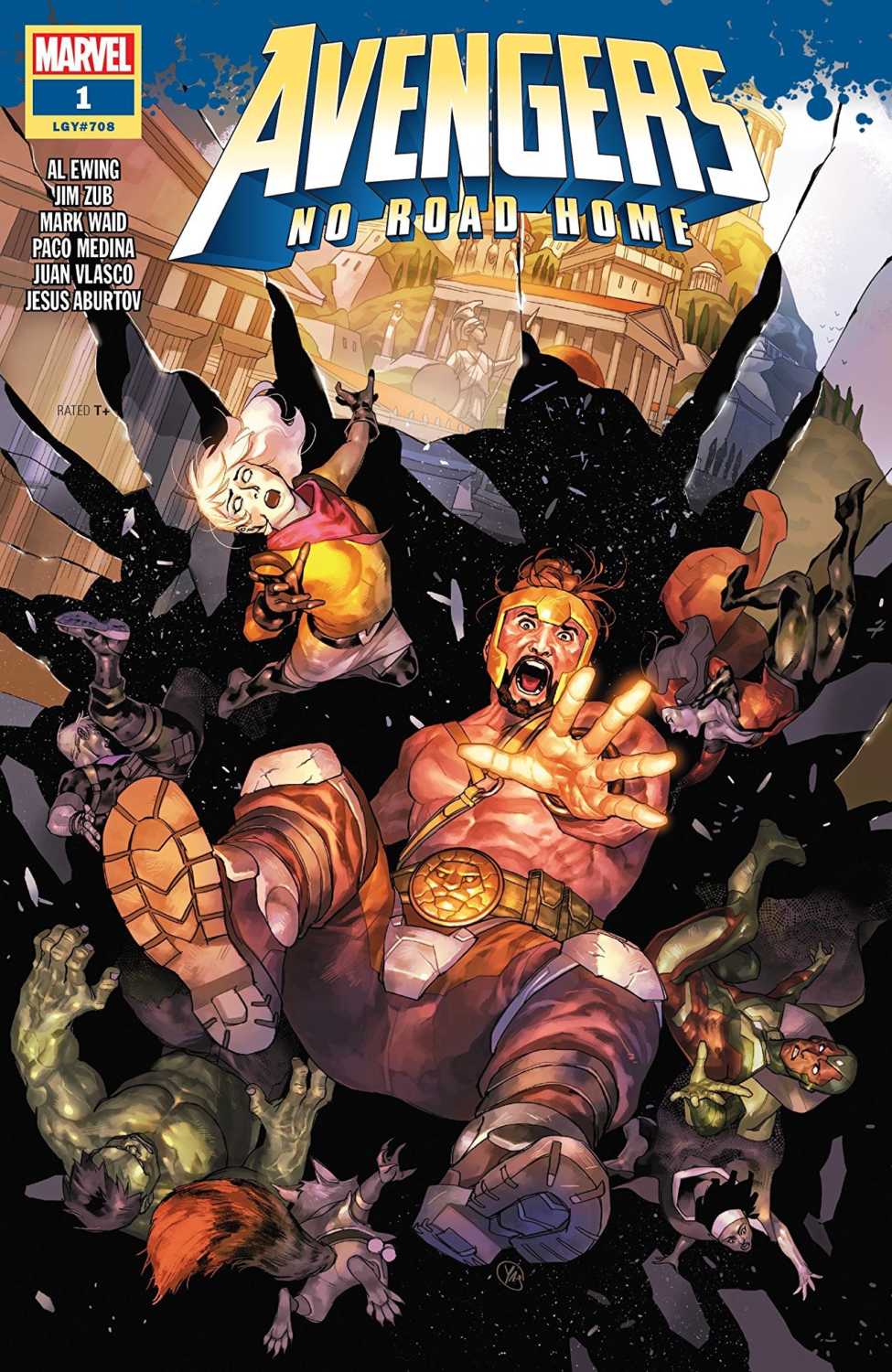 A “universal nightfall” wreaks chaos on the galaxy as Earth and other planets suddenly go dark. Voyager appears with a mission of assembling a team of Avengers, she’s seen the beast that stole the light.

The dialogue across the many introduction scenes is slick and flows perfectly. No time wasted on overly dramatic set-ups while also dishing out exactly what we need from each and every character.

One of the major advantages of having a supreme talent like Al Ewing on this title is that he brings over some of his Ultimates cast. Spectrum and Blue Marvel are criminally underused and undervalued in Marvel titles not written by Al Ewing. 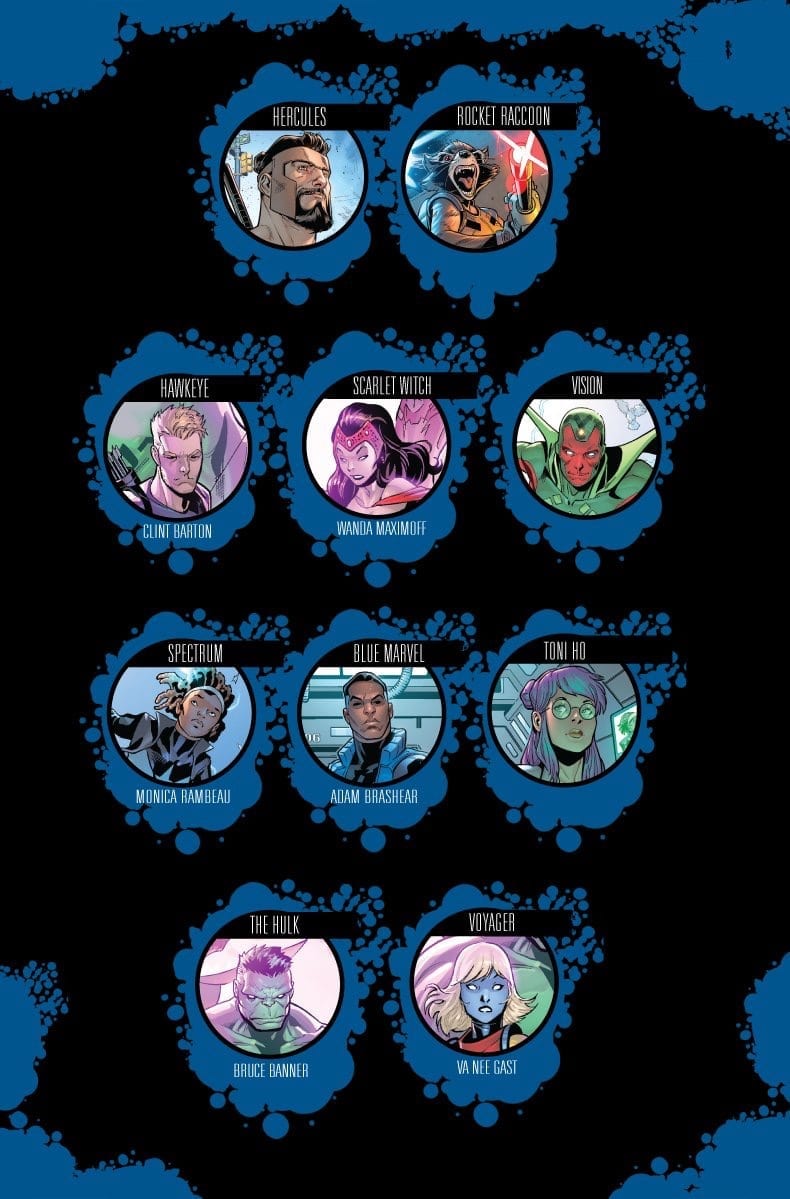 Another advantage is the deep level of sci-fi concepts and exploration that he brings to his writing. Ewing has been giving us one of the all-time greatest Hulk runs on Immortal Hulk, so having Banner involved is very exciting. The first page with Banner refers to his time in hell so this all takes place in continuity after the current events of Ewing’s brilliant run.

I was never a huge fan of Hercules until these past few years. He’s been given new life and a lighter tone. Hercules is closer to Chris Hemsworth in Thor: Ragnarok than Odinson himself, and that’s perfectly fine. The more ridiculous and over the top you go with Hercules, the better.

Before we get a good look at our antagonist, we see they have destroyed Mount Olympus and the Immortals that lived there. Behold NYX, the “Queen of Night!” Our cliffhanger ending puts her face-to-face with our assembled heroes.

Avengers: No Road Home is a sleek and enjoyable Avengers tale with Hercules at the center. With his entire family wiped out, and the harsh parting words by his sister, this should be a major shake-up for Herc. 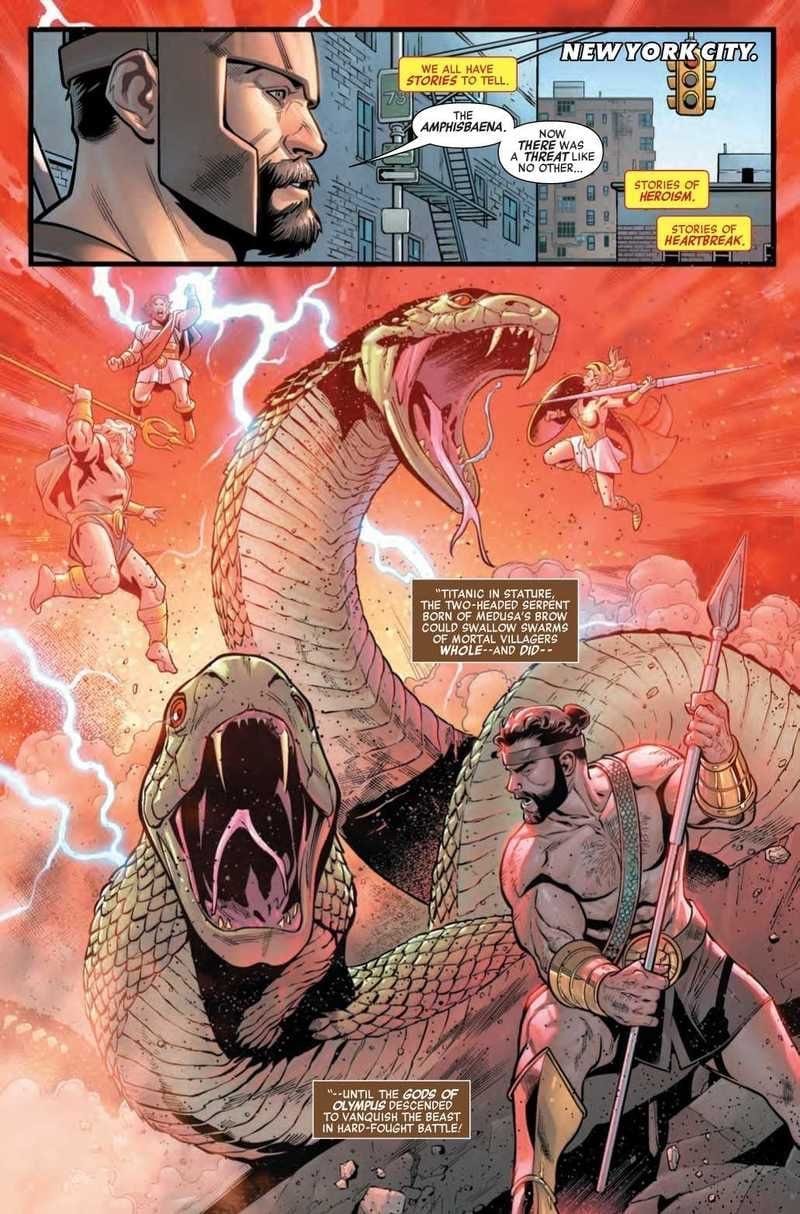 Hopefully having a story focused around a mythical god and the spilling of other mythical gods into our world doesn’t strike too similar of a chord as the upcoming Avengers crossover event “War Of The Realms.”

The writing trio of Zub, Ewing, and Waid proves once again to be a strong core. However they craft and design story structure and character development works once again. There are plenty of moments throughout this first issue where you can tell which writer is behind the dialogue for certain characters. This lends a hand to giving this decently sized cast a diverse voice collectively.

Artist Paco Medina is the glue that holds these three mighty writers together. Medina does a fantastic job making this read as a coherent story, rather than a mess with too many cooks in the kitchen.

My only gripe with the art is the blandness of Nyx. There isn’t much to her design on the single page in which she appears. The preview of the next few issues give us a look at the other foes our Avengers will face and they too look rather bland.

That doesn’t take anything away from the Avengers themselves, they all look spectacular. Each page explodes with color and charm that doesn’t go unnoticed. If you enjoyed Avengers: No Surrender, you’re going to be more than satisfied with No Road Home.

The slick and infectious pace throughout the issue is made even stronger by the layouts and designs by Medina. The action hits heavy and the drama carries plenty of weight. Avengers: No Road Home has assembled a high quality team of creators.