Most anime fans are aware that there has been an increasing amount of anime released that features people being sucked into or trapped inside of a video game (usually an MMO). I remember being enthralled with .hack//SIGN in college, and recently we’ve had Sword Art Online, Log Horizon, and Overlord, with each giving us different aspects of the dilemma to focus on.

What fans might not be aware of is anime that takes on the theme of “real life video games”. These shows incorporate video games into the regular daily lives of the characters in some way or another. As always, I like to only recommend shows that are currently legally streaming to keep them accessible to most fans.

The world in which Accel World takes place is one where everyone can log on to a virtual network at any time due to implants in their brains. Haruyuki Arita, an overweight boy who is constantly bullied, eventually meets a beautiful girl named Kuroyukihime. She tells him about a game called Brain Burst which speeds up the brain’s cognitive processes to the point where it seems time has stopped, as well as augmenting reality. Players are “assigned” avatars that represent their mindscapes, and they fight each other with the goal of reaching level 10, which presumably will allow them to meet the game’s creator. There are numerous ways in which the game will uninstall from a person’s brain, in which case that person will forget about the game and cannot install it again.

Accel World was originally a series of light novels written by Reiki Kawahara, who also wrote the Sword Art Online series. There are similarities between the two and there has been debate on whether the shows are in the same universe, though there is no confirmation from the creator that this is the case.

I enjoyed the mechanics of how Brain Burst worked, from how it could affect reality to the execution of battle powers and how some are acquired and developed. I don’t think I’ve seen anything else quite like it. The action was fun to watch, the drama was tolerable, and the dub was decent enough.

Ryouta spends all his time playing a Btooom, a game in which you use sonar and various bombs to destroy your opponents. But little did he know that people can “nominate” others to be sent to an island to fight to the death in a real-life version of Btooom, and he is one of those drugged and dropped on the island. He must now fight for his life, find allies, and blow everyone else up.

This series doesn’t have anything new in particular to contribute to the high stakes games genre, and the end is unsatisfying for a show that only has a single season. But if you enjoy action, people getting blown up using video game mechanics, and not thinking too hard about what’s going on, Btooom! might be for you.

Is It Wrong to Try and Pick Up Girls in a Dungeon?

Gods and Goddesses have given up some of their power in order to live on Earth. People who serve the Gods are called “familia” and are granted powers that basically work the same way as it would if you were in an MMO. Characters have levels and skills that can be developed. They enter a dungeon and kill monsters for loot, that they can sell or use to craft items. Goddesses can “check their stats” by performing a ritual using a symbol on the person’s back.

Bell Cranel is the only member of Hestia’s familia. He has no powers of note until he is almost killed by a minotaur that shouldn’t have been on a low-level floor of the dungeon. He is saved by Aiz Wallenstein, a warrior of some renown, and is instantly in awe and smitten. He vows to become as strong as she is so he is worthy of her company. This grants him a new skill that allows him to level up quickly, but Hestia chooses to keep it secret from him because it is based on his feelings.

There are some harem elements to this show that can get annoying, but because Hestia doesn’t go out of her way to turn Bell away from Aiz, I find it more tolerable. She knows that Bell’s feelings for Aiz are why he is able to be so strong, and she doesn’t want to ruin that for him. The other girls aren’t really as irritating (especially Aiz, who is oblivious to his feelings). The show does a great job highlighting the ups and downs of being in a familia and shows how Bell just tosses tradition aside and does things his own way. I hope more seasons are forthcoming.

The World God Only Knows

Keima Katsuragi plays dating sims all day. He rejects real girls entirely, and can conquer any girl in any dating sim, calling himself the God of Conquest. When he unknowingly signs a contract with Hell, a demon named Elsie is sent to buddy up with him to capture “loose souls”. These are evil souls that escaped from hell. They live in people’s hearts, and in order to remove them Keima must take the loose soul’s place in the possessed person’s heart (Elsie claims a kiss is enough). Hell was apparently mistaken about Keima’s god-hood, not realizing he doesn’t conquer real girls.

If Keima breaks the contract, both he and Elsie will literally lose their heads, so he must make girls fall in love with him using the same tactics he does with video games by tripping “flags” depending on a girl’s personality. After a girl is kissed and the lost soul is captured, she forgets everything about the conquest, leaving Keima free to save the next girl.

And now for something completely different: instead of action-type games, we have a dating sim! I liked this in spite of it being a harem. It does seem a bit like a “monster of the week” type of deal, but there is an underlying storyline here as to why there are loose souls to begin with, so stick with it! There are three seasons, but you don’t get a satisfying ending unless you track down the manga because the last arc was not animated.

Baka and Test – Summon the Beasts

This series takes place in a school where each student has an avatar that has skills based on a student’s achievements and test score. Classes can pit their avatars against each other for things such as better classroom conditions and other privileges. Akihisa Yoshii is in Class F, the worst class. It happens to have some talented students in it due to extenuating circumstances. Akihisa is not one of these – he is an idiot who just happens to have a lot of skill with his avatar and a special item only idiots can use (because it’s broken). Class F decides their talented students deserve better school conditions and attempt to climb up in class ranking via avatar battles.

I only saw the first season of Baka and Test. It wasn’t a great show, but it was still one I binge-watched and enjoyed because at the time I needed something dumb to watch. I believe it was on Netflix and season 2 wasn’t available, and I’ll probably go back and watch season 2. 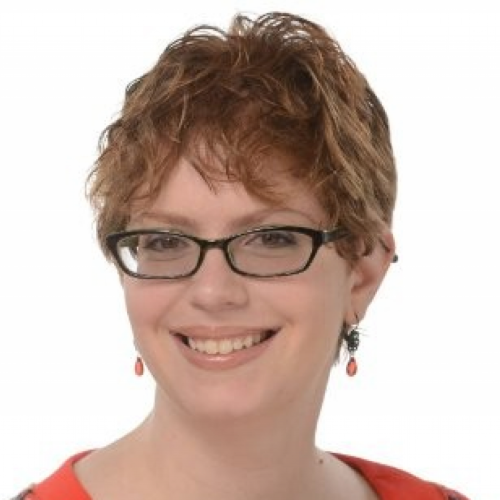