Following the fantastic “HUNTED” arc, AMAZING SPIDER-MAN #24 begins to show us a bit more of this mysterious new villain that’s been lurking in the shadows. Nick Spencer is joined by artist Ryan Ottley once again to begin the next chapter of the duo’s top-notch series. 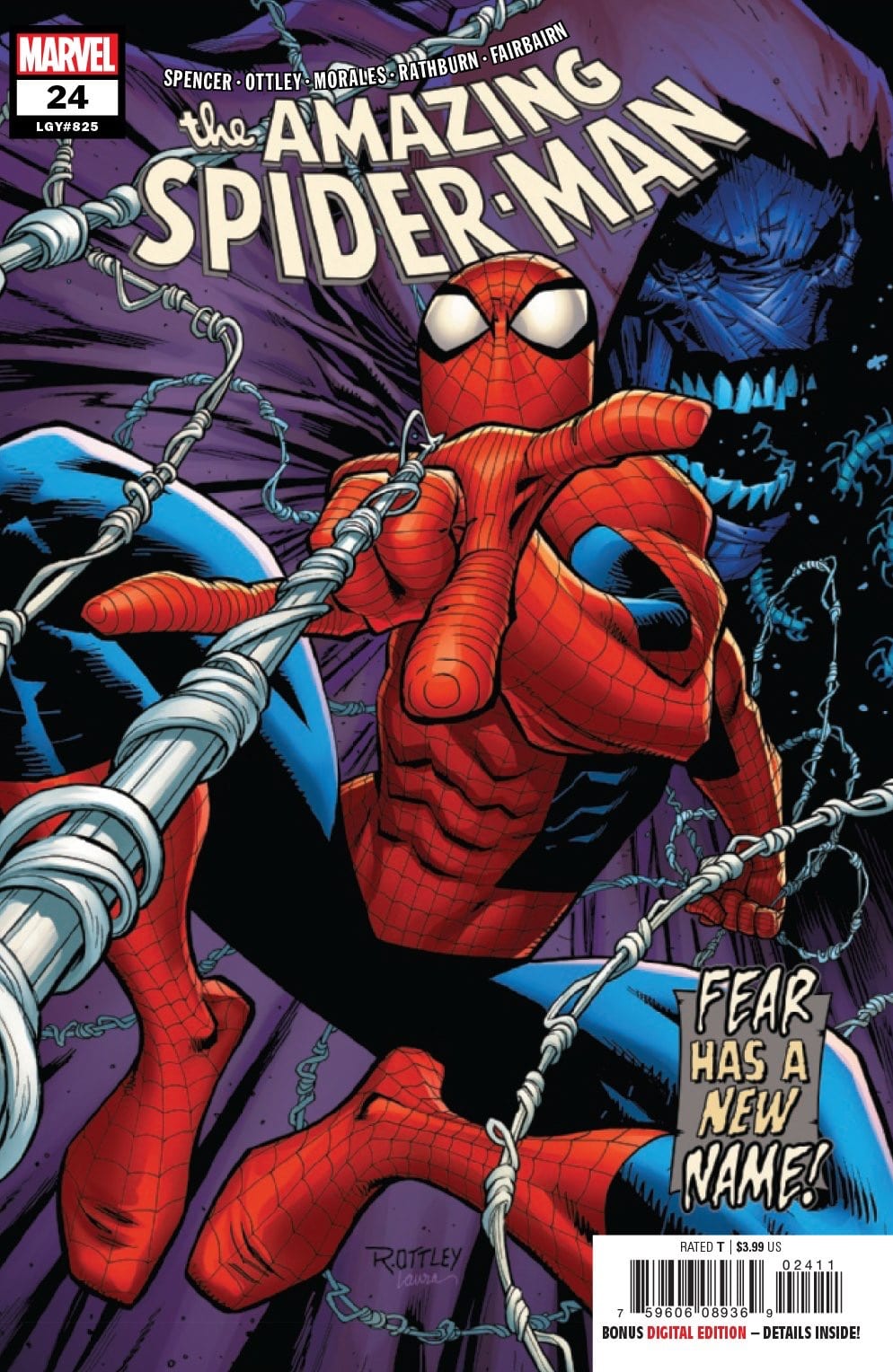 Peter and MJ spend some quality time together, but the fallout from Kraven haunts our web-headed hero. Mysterio gets psychiatric treatment that turns into a horrifying introduction to our newest Spidey villain–Kindred.

This is a much quieter transition issue after such an explosive previous arc. Nick Spencer spreads the reader’s attention to all the appropriate corners to progress forward in Spidey’s web. We needed to see some of Pete and MJ being together, or else what’s the point of them being together, right?

Our beloved Peter Parker is taking the vision and consequences of his tangle with Kraven very poorly. Spencer has a perfect grasp on Peter’s voice and morale compass, Ottley illustrates a concerned and tortured Pete flawlessly. 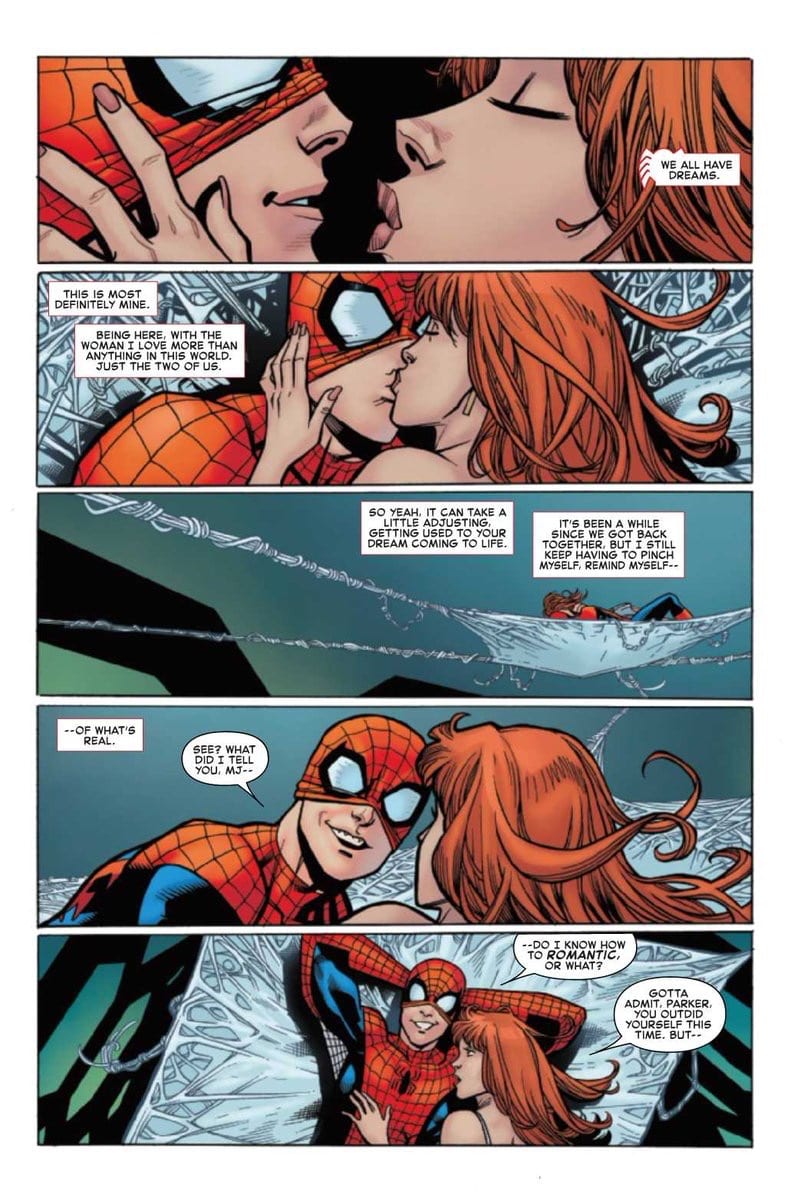 The heart of Amazing Spider-Man #24 is Mysterio’s therapy session. Starting with his delusions of himself as he recounts his recent events, Spencer does so with charm and plenty of flair. We then start to dig more into the pain of Quentin Beck and how he dealt with death and resurrection.

Spencer’s script executes the story perfectly, and at the proper pace. I’m not usually a fan of when Mysterio’s helmet is anything but a blank fish bowl, but that’s not the case here. Ottley wisely chose to show Beck’s shadowy face in order to show his emotion and reactions during a long scene of two character sitting down talking.

The more we explore Mysterio’s pain, the more this new villain peaks his head out. Spencer has been slowly teasing this mysterious horror show in the background since Amazing Spider-Man #1 in the classic comic book way.

Now that we’re finally starting to get face time with him, there’s a heavy amount of hype that’s been earned. It also doesn’t hurt that we’re treated to Ryan Ottley’s art as we get our first long look at this menacing foe. 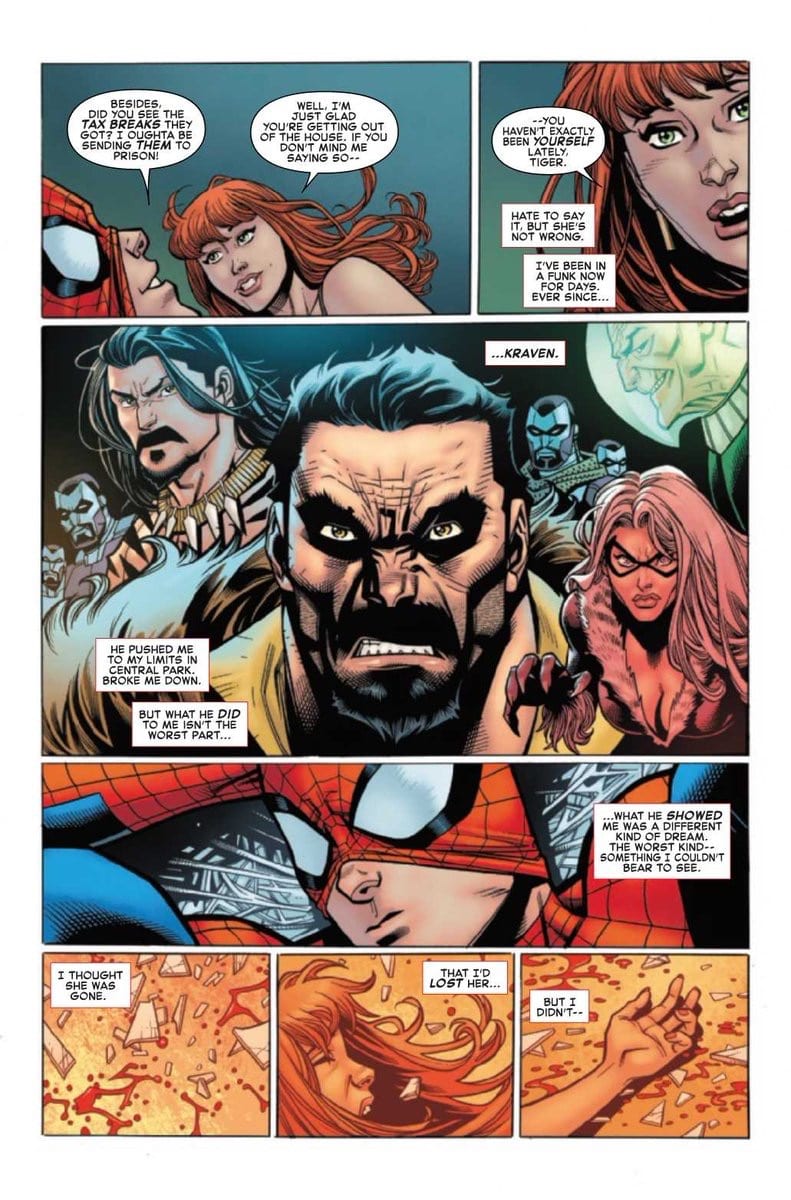 “Kindred” is the name that he shares with Peter as he makes the wall-crawler watch him brutally murder Mysterio in a dream. We still have no clue who this Kindred is but he’s clearly got some personal history and connection with Peter underneath the Spider-Man mask.

Spencer and Ottley are a dream duo for Amazing Spider-Man. Colorist Nathan Fairbairn also continues to prove he’s a perfect match for deepening the effectiveness of Ottley’s pencils. Issue #24 is another excellent Spider-Man comic book. A quieter, slow-burning issue like this makes it feel all the more like the classic tales we hold in such high esteem.

Get ready for a classic Spidey villain mystery full of surprises and twists!Brandon J. GriffinAMAZING SPIDER-MAN #24: New Villain On The Rise