AGE OF APOCALYPSE – The Love Story The Comic Universe Needed

The first X-Men comic I read was Uncanny X-Men No. 144. Cyclops was center stage against D’Spayre with the help of Man-Thing in the Florida Everglades. The death of Jean Grey was still heavy on Scott Summers’ mind, and D’Spayre used this beautifully against him, Dave Cockrum’s pencils and Chris Claremont’s words creating some pretty heavy imagery in my eight-year-old mind.

A couple of years later, a friend traded me a stack of X-Men comics (starting with Paul Smith’s incredibly-underrated run & ending with the seminal “LifeDeath” story, drawn by Barry Windsor-Smith) for Van Halen’s 5150 on cassette. I definitely got the better end of that deal. I was officially an X-Men guy and still am.

But even with Claremont’s hall-of-fame-worthy run as writer, no storyline ever affected me the way Age of Apocalypse did. AoA was groundbreaking in a lot of ways, but for me, the best thing about it was, I never knew it was coming.

We’ve gotten spoiled. I know I sound like a grumpy old man, and I’ll cop to it. We know months in advance when a storyline is going to happen, and we know, usually, how it’s going to play out. We also have the never-ending barrage of fanboys using every social media platform available to bitch about how the latest arc is ruining their childhood. Said fanboys also cloud the airwaves with declarations that they’ll never buy X, Y, Z comic again because those corporate jerks at Marvel and DC Comics have ruined their books by doing (insert perceived offense here).

If you don’t remember, AoA began with the X-Men heading to Israel to stop Legion from getting up to his usual shenanigans, i.e. parlaying his daddy issues into wanton destruction. It was a four-part story between X-Men and Uncanny X-Men with a special story over at Cable’s book. The internet was young, and while there was Wizard magazine, if you weren’t up on what was going on, AoA represented a massive shift in the X-Men’s world. And that was the beauty of it, the not knowing. Obviously, the reasonable assumption was that the X-Men would be returned to their normal timeline and stories at some point, but at the time, it was riding a roller coaster with your eyes closed.

There’s something compelling about seeing people you’ve grown up with devolve to their base personality, both good and evil, and seeing Nightcrawler as a mercenary only helping people because money’s involved. Kitty and Colossus as hard-nosed teachers/sergeants for the next generation of mutants. And Cyclops as the right-hand man of Apocalypse? Seriously?

But it worked. This dystopian nightmare was started with the accidental death of Charles Xavier at the hands of Legion in the Earth-616 past. Xavier’s death allowed Apocalypse and his Horsemen to take over the world. And again, no internet to talk about what was going to happen after AoA. No comment sections filled with complaints from alleged fans lacking the patience to watch a brilliant storyline unfold. This affected every X-book. They changed the names of those books along with the numbering. Where these going to be permanent books? Astonishing X-Men? Amazing X-Men? Factor X? If you weren’t aware of the planned storyline by reading the trade magazines, it was an incredible moment in comics. 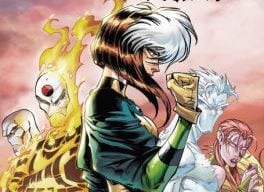 Throughout, there was the usual X-Men-brand of pearl-clutching and hand wringing, but the beauty of this series is, everything boiled down to love. The Age of Apocalypse was formed from a foundation of hate and a lack of human empathy. Survival of the fittest and all that. But almost the entirety of the series and all its side stories boiled down to love. Magneto and Rogue loved each other and their baby, Charles. Gambit still loved Rogue while taking advantage of Lila Cheney’s affections. Logan and Jean loved one other, although it didn’t take much for her to see something in Horseman Cyclops. The brotherly affection Colossus felt for his sister turned into an obsession, which would eventually lead to the death of Kitty Pryde (spoiler). It was for love that Magneto led his X-Men to the destruction of their universe in order to prevent the madness of Apocalypse from spreading. And by the way, all that led pretty solidly into the recent Age of X-Man, where love does rule all, to disastrous results. 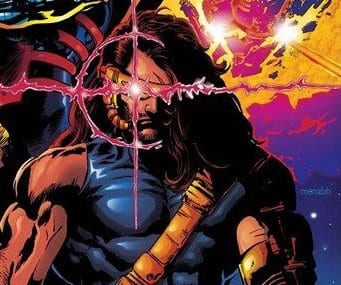 In the world of redheads, the one-eyed man is king.

To me, the difference between Marvel and DC Comics has always boiled down to this: DC is about superheroes who occasionally have to pretend to be ordinary people, while Marvel is about real people whose private lives were disrupted by the fact they were superheroes. And both are awesome when done correctly. The Kitty Pryde-led X-Men Gold nailed it, while X-Men Red came off as preachy, sacrificing a good story for the sake of incorporating today’s headlines. That being said, Champions has introduced progressive themes and pulls it off well.

Kevin Moench’s “Knightfall” (btw, Moench doesn’t get the credit he deserves for his stellar career) was my other favorite arc of the 90s. Until Batman’s back is actually broken by Bane (spoiler), we barely see anything having to do with Bruce Wayne’s “real” life. AoA was set in a real post-Apocalypse world, but nearly every single storyline was about the actual person, not their larger-than-life persona. The writers made you care about them. Given their new personalities, some, like Havok, you stopped caring for. Others, like Scott Summers, you saw something there maybe you didn’t notice back in the 616.

And then, they started killing them off.

That’s always the payoff for books like that. Another great X-Men story, “The End” (written by Claremont), was gut-wrenching at times because we saw the final story of the X-Men and how they were going to turn out. I’ll give you a hint: not everyone makes it, and those who don’t, die pretty horribly and as tragically as Chris Claremont can write it. In AoA, it always felt like the entire universe was going to end, so seeing some of the individual characters die shouldn’t have been as effective as it was.

However, Colossus killing Kitty was one of those moments where I stopped reading and had to process what I had just seen. One of the greatest romances in Marvel Comics ended due to Peter’s obsession-built rage regarding finding and saving Illyana. The story was real and gritty. Some of your favorite heroes did not die well. Their deaths weren’t noble. And that was a reality that we, as fans, had to accept, that maybe, deep down, our favorite characters were flawed. You know, like people. 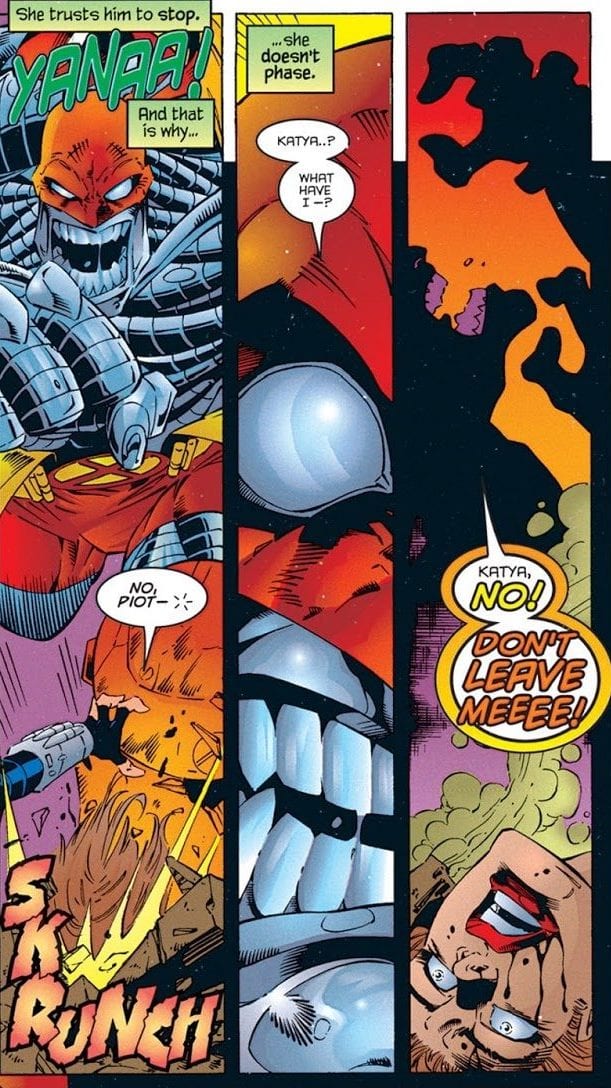 Age of Apocalypse stands out for its innovative storylines, for its once-in-a-generation art, and for the permanent waves it made within the X-Men titles that still reverberate. But for me, a guy in his early 20s who had been reading about Xavier’s School for Gifted Youngsters since Jean Grey’s (second?) death, it wasn’t the violence and epic battles and death that stuck with me.

What are your memories of Age of Apocalypse? Comment below with your thoughts.