Dead Kings #4 by Steve Orlando and Matthew Dow Smith hits your local comic book store on April 3, but thanks to AfterShock Comics, Monkeys Fighting Robots has an exclusive four-page preview to share with you.

“DEAD KINGS #4 is where it all comes together! Sasha’s rescue mission and Gena’s prisoner revolt collide in a fiery battle that’s been four issues, and countless punched faces, in the making,” said Orlando.

About the issue:
THE POST-POST-APOCALYPSE REACHES ITS BOILING POINT!

In the forests of hypermodern folklore, a rusted-out warrior raises her fists and beckons to her enemy…is this the final fight for Maria Kamenaya?

Sasha Vasnetsov finally has the tools for his brother’s liberation: will, drive, and a stolen warsuit capable of decimating legions. The only problem is, he had to abandon the suit’s owner, Maria, to get it. After weeks on the road together, is that betrayal something his soul can handle? Or will he put a pin in his vengeance and turn his guns backward to help a friend…? 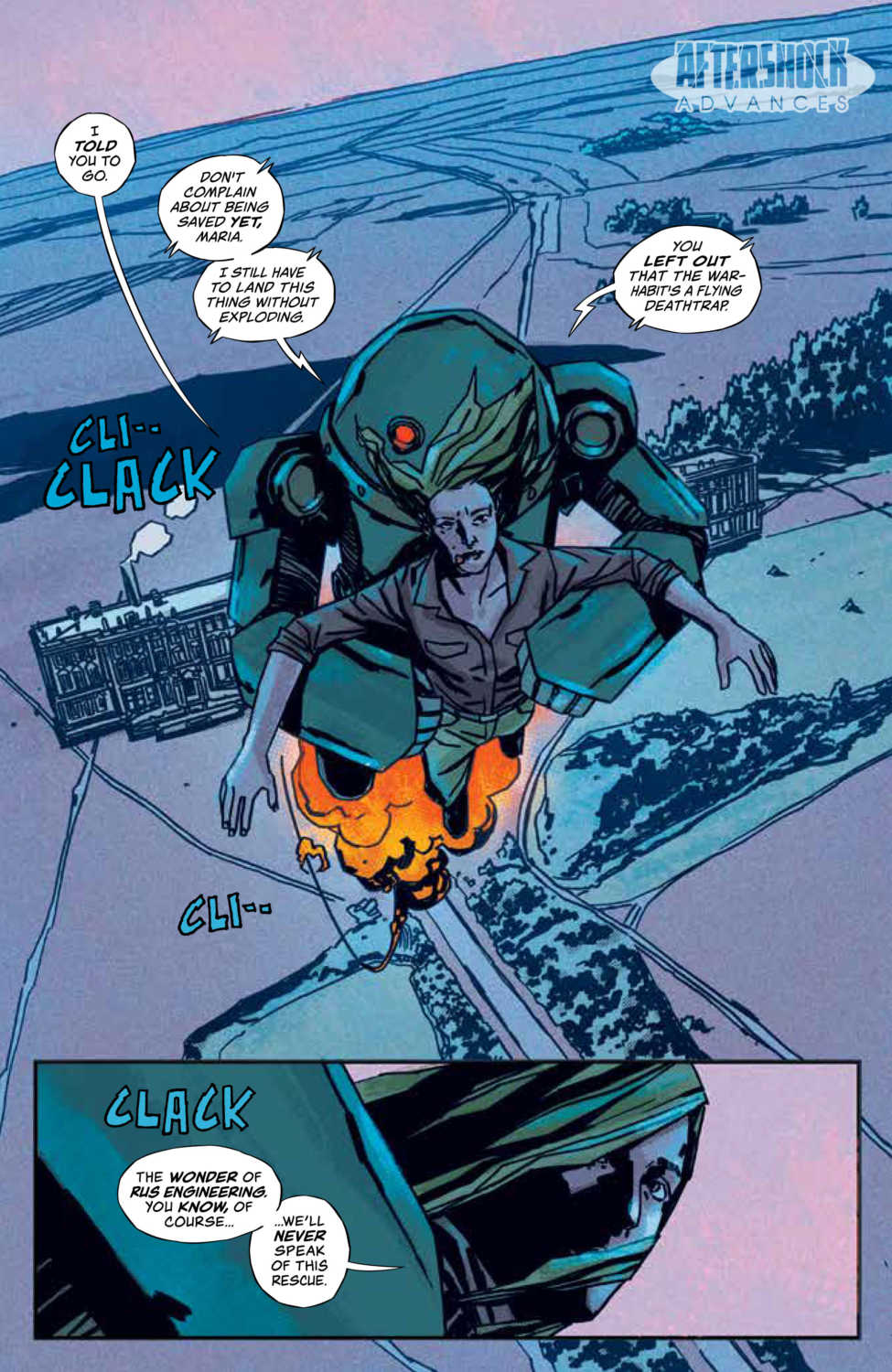 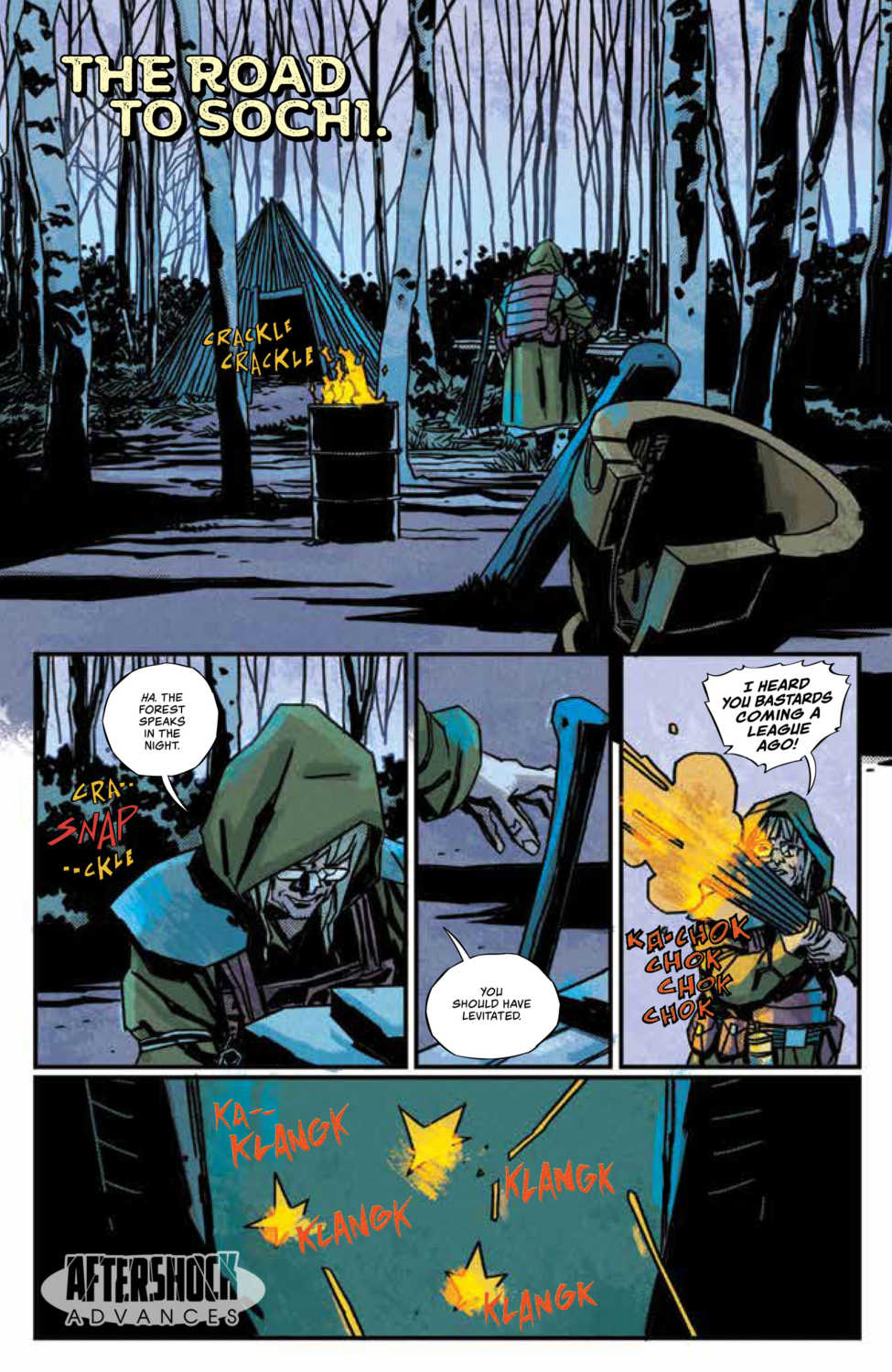 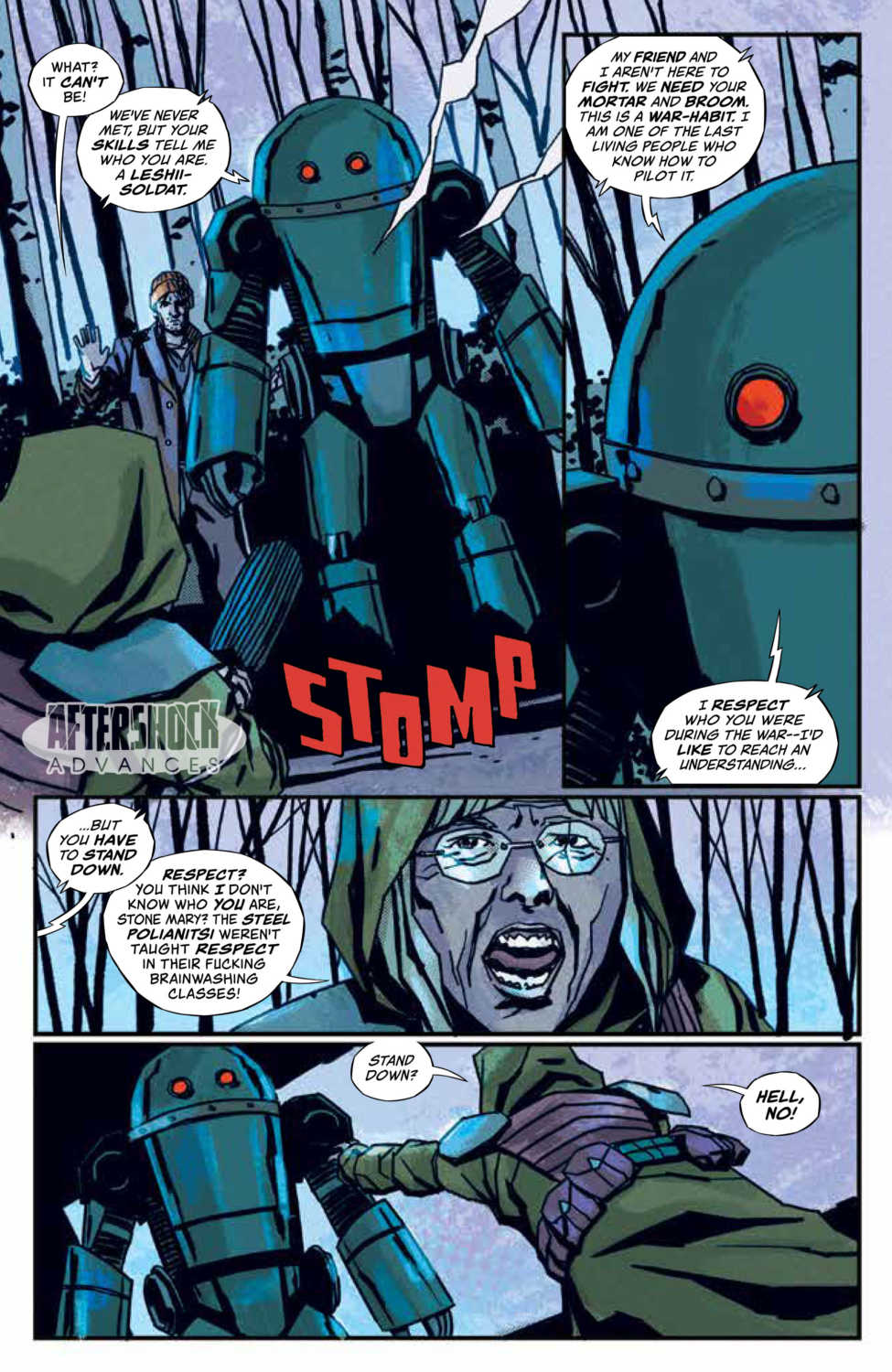 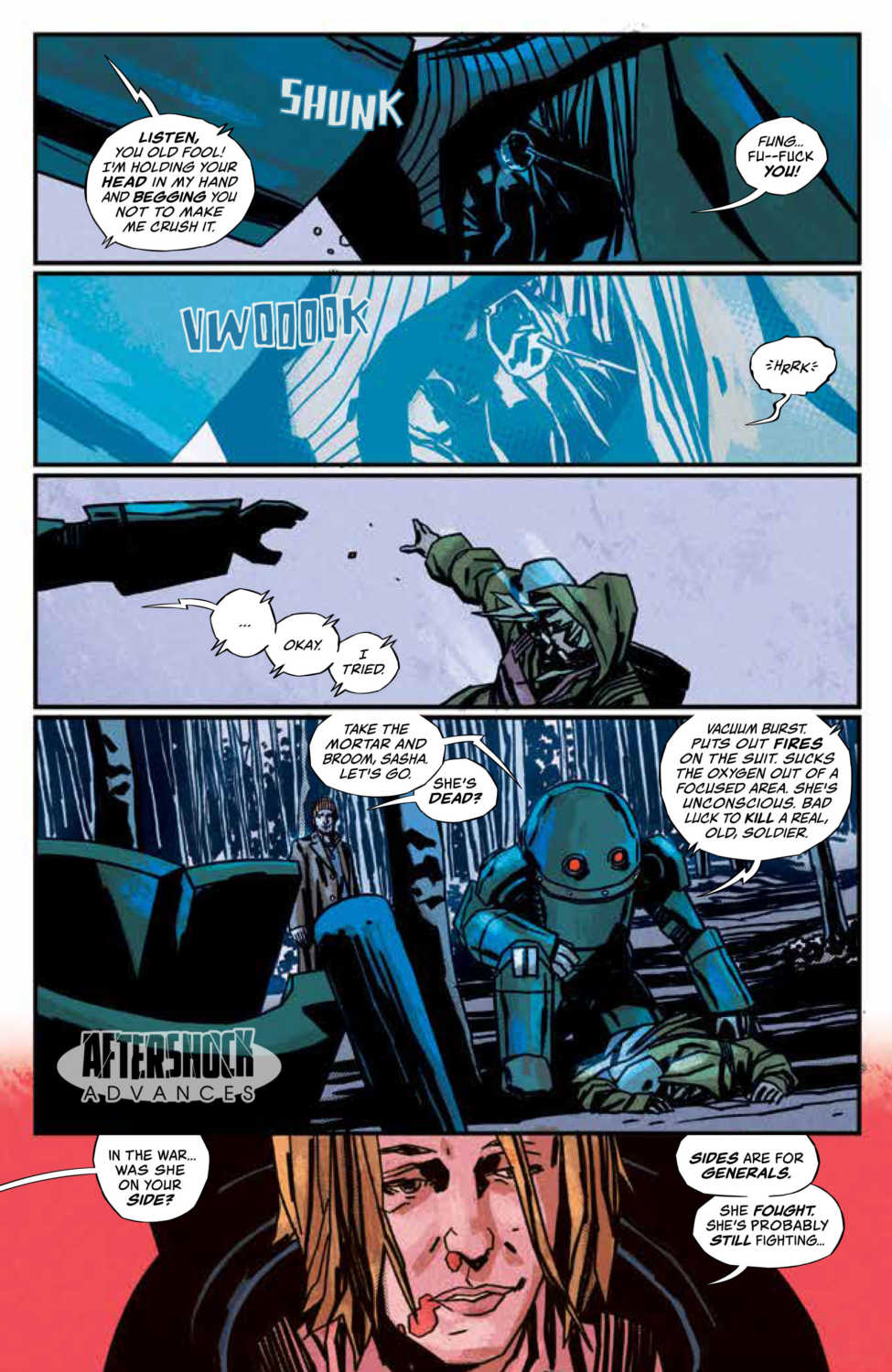 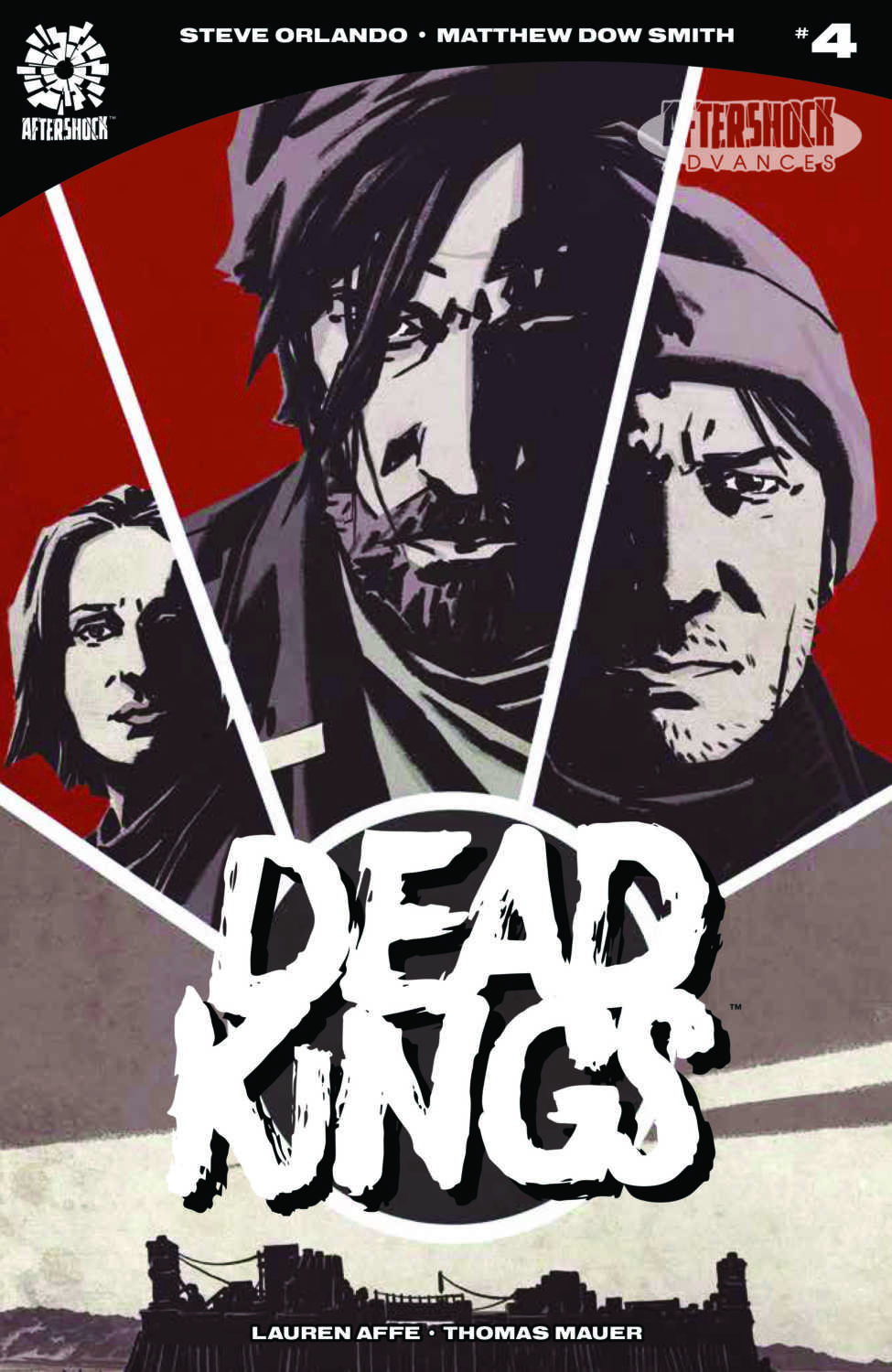 Are you reading Dead Kings ? Comment below with your thoughts.