Dark Horse Comics will publish the first issue of a four-part series entitled, The Witcher: Fading Memories on November 25, under the supervision of CD Projekt Red. The story is written by Bastoz Sztybor, art by Amad Mir, colors by Hamidreza Sheykh, and letters by Steve Dutro. This comic is a masterful first issue that commands respect on page one and holds it through the entire issue.

The world is changing, and our protagonist, Geralt is trying to discover if he can change with it. A Witcher is a monster hunter, and in this story, world monsters are becoming scarce. We journey along with Geralt as he reckons with what he will do if he becomes obsolete. The first issue does a great job of introducing a complex world and is easy to follow even if this is the first step you are taking into the Witcher universe. The character Geralt is curt, but he never comes across as unlikeable, and you want to follow him on his journey. While this issue does not have an abundance of action, a future call to action is seeded in what is a great character piece. Sztybor is amazing at episodic storytelling. While the issue is part of a larger story, it did not feel like a chapter; rather it felt like a self-contained story that fuels a larger narrative. After completing the comic, I wanted more. I laughed, I cried, and I wanted the story to keep going. I cannot wait for the second issue. 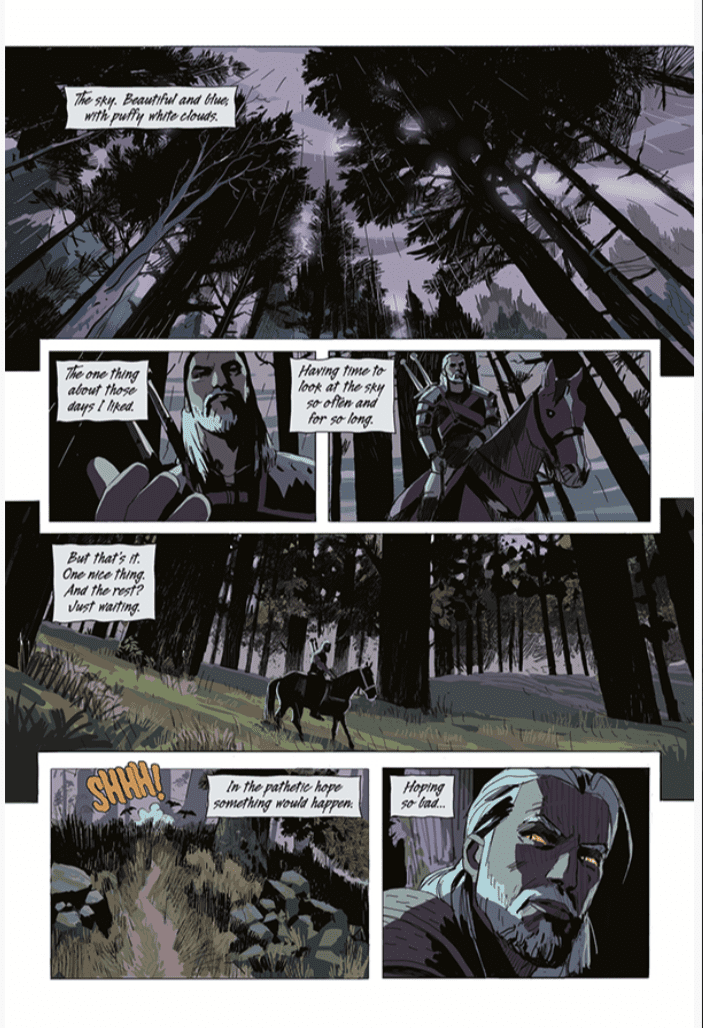 Amad Mir’s art compliments the story perfectly and is a great fit for Sztybor’s story. Mir is adept at shadow works, and it conveys such a great tone in the book. The lighting dances across the page and fills the issue with life. The book also does a great job of conveying emotion through the eyes. This work evokes so much emotion and tells so much story in a short amount of time, and the art never makes the reader feel cheated. This comic is a master class on adapting material from another medium and employing comic art to make it work in this medium. 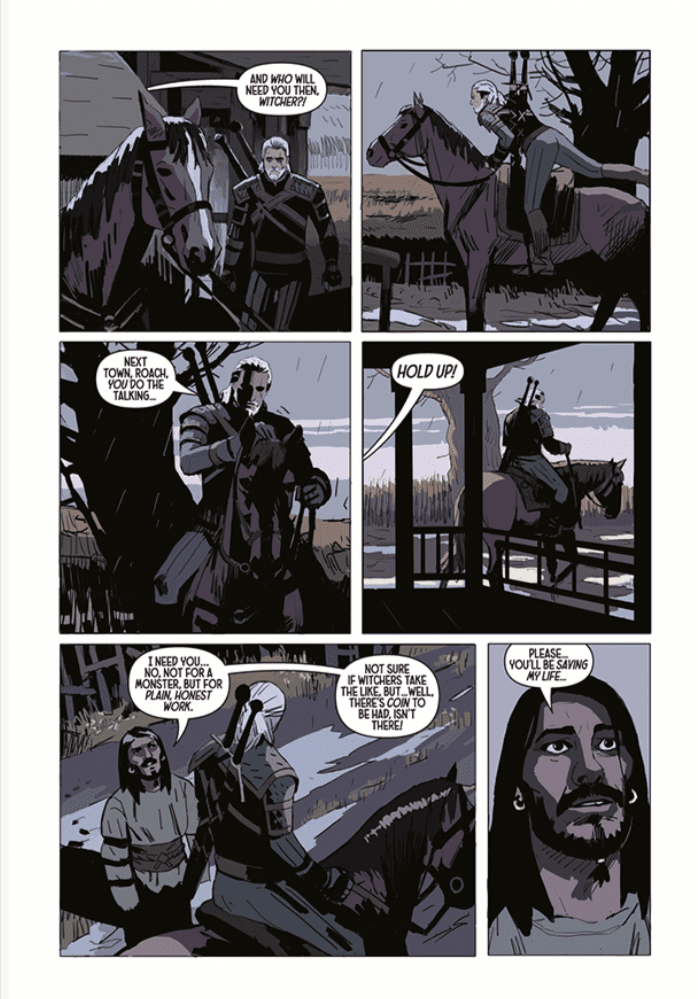 Hamidreza Sheykh employs a muted pallet to convey a somber (but appropriate) mood over the entire work. As mentioned above, the story focuses on Geralt contemplating his role as a Witcher in a changing world. The coloring gives the sense that night is ever impeding on the world and echoes Geralt’s feelings that his sunset is coming. The coloring is outstanding. 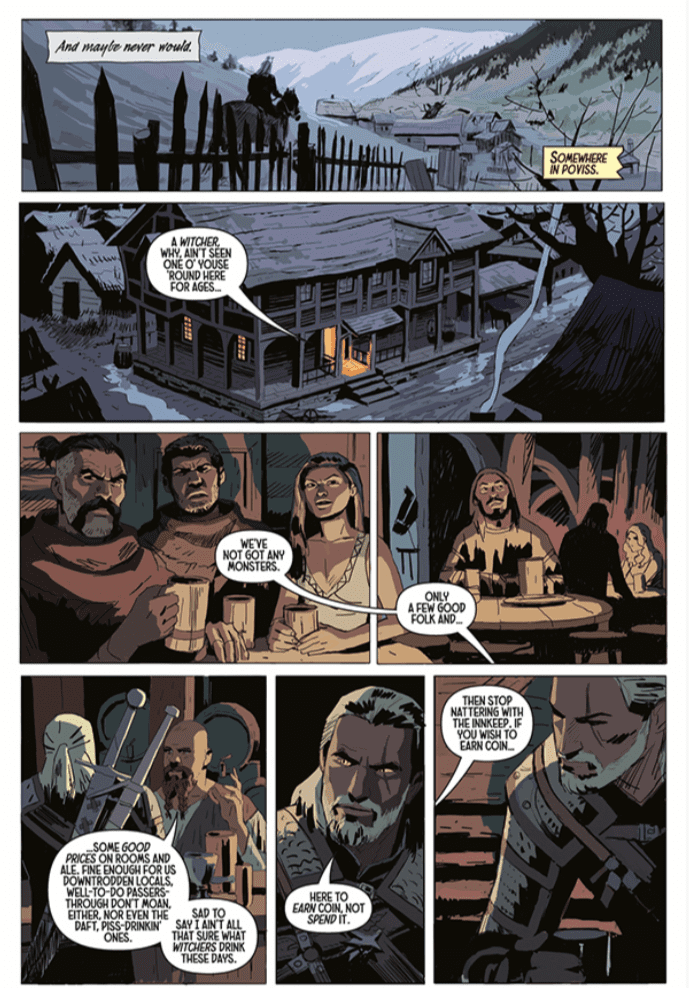 Steve Dutro’s lettering in the caption boxes is exquisite. It helps the reader hear Geralt with a gravelly voice, as he is portrayed in the game. Dutro also uses a slight change to the lettering when he has Geralt reading a letter. It is a small and slight change, but it is a chef’s kiss to visualize internal dialogue masterfully. However, the letters in word balloons feel a smidge too big and throw off a panel’s proportion. Beyond that, the lettering does a fine job in aiding to tell a visual story. 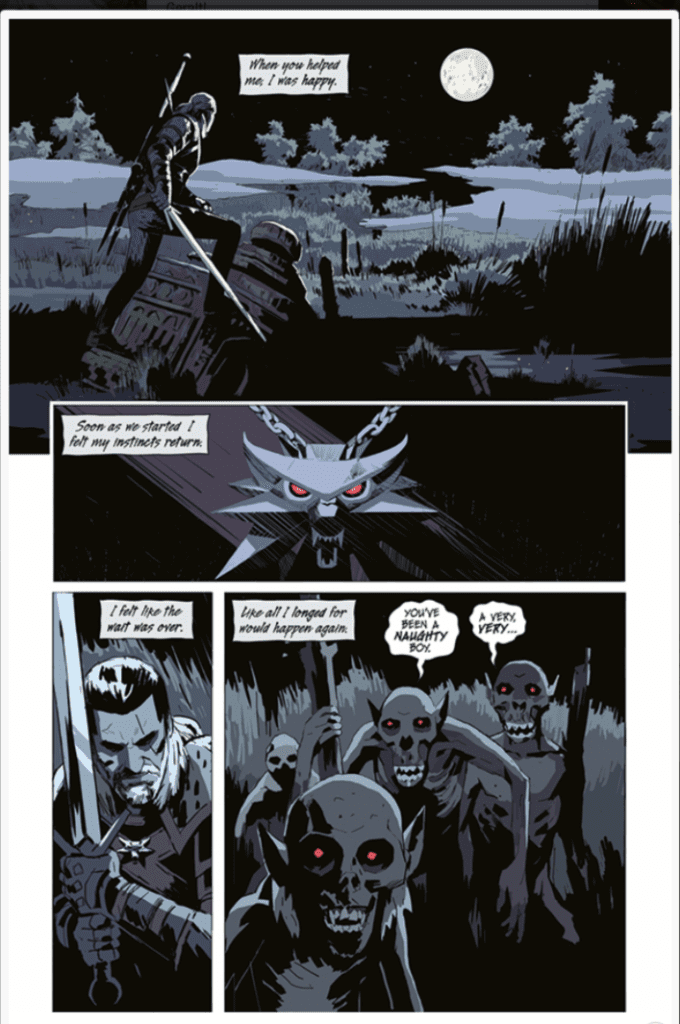 If you are a fan of the Witcher series you will adore this comic. If you are new to the universe, you will adore this comic and want to explore other stories in the Witcher universe. My litmus test for the first issue is always how excited I am for the second issue. After reading The Witcher: Fading Memories, I find myself counting the days until next month. Until then, I am firing up the Xbox and installing The Witcher 3 to help calm the cravings. 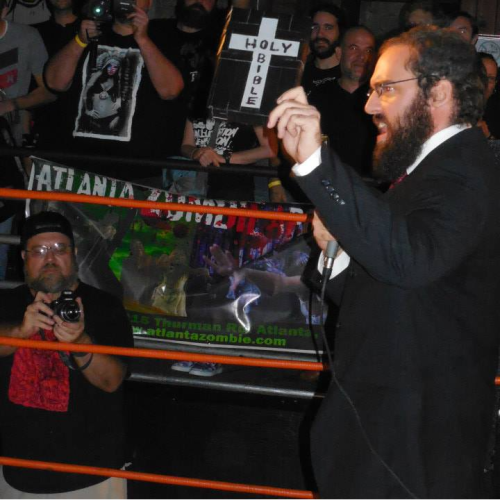 This is a great video game tie-in book. It masterfully takes characters and concepts from the games and translates them into an amazing comic. Even if you have never experienced the Witcher in any other form this is a great introduction. Advance Review: THE WITCHER: FADING MEMORIES #1 A Masterful Video Game Tie-In