Burn Residue by Jonathan Thompson and Rossano Piccioni delivers the heat with both it’s intense, propulsive narrative and moody, noirish art. A definite must-have for any crime comics fan. 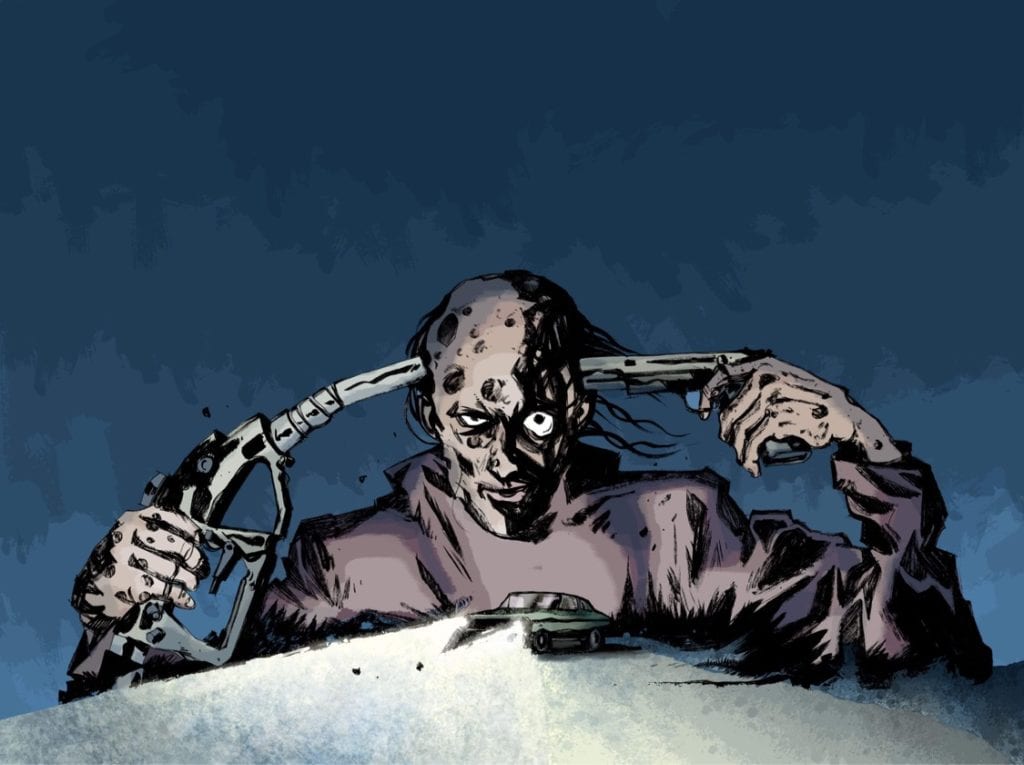 This is the story of Willy Boyd, a one time high stakes gambler who now lives life as a mild-mannered gas station attendant. One night while going back and forth to the pump to serve customers a car pulls into his station driven by one of the men who lit Willy’s body on fire years before.n the back seat of the car is a woman, gagged and bound. As the car rides off into the night, Willy must decide if he’s ready to be some sort of hero…or at least get his revenge.

Crime fiction has been back on the rise in the comics medium, and Burn Residue #1 is a fantastic addition to the genre. Jonathan Thompson has a hell of a hook in the character of Willy Boyd. The image of Boyd, skin burned from head to toe, clad in a dirty gas station jumpsuit, is an image that is instantly burned (pun intended) on your retina. But a good character doesn’t mean a good story and thankfully Thomspon kills when it comes to the narrative as well. The first person voice-over, a classic of the crime/noir genre, is perfectly executed. Boyd’s narration drips with cynicism, and it’s easy to hear a gravely, cooked voice in your head. Boyd is also not a hero, not really, but he IS sympathetic despite what we learn of his past and what we see him do in this issue. 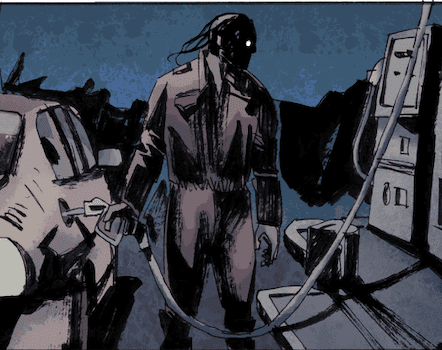 The storytelling strength does not stop there, as the narrative itself is filled with twists, turns, and reveals of the past that firmly place Willy and all the people we meet toward a collision course of revenge and violence. This first issue creates a believable underworld for these characters to exist. And by the end of the issue, you really want to see what the fuck Boyd is going to do now that he’s lit the spark of his revenge.

The art by Rossano Picciono is beautiful. The linework is angular, with sharp edges and straight lines everywhere. And it’s all colored in a dark palate, creating a crime comic that visually almost has a horror comic feel. Thompson is telling a very dark story and Picciono is nailing it with the visuals. Picciono also changes up the palate a bit in the flashbacks images, a technique that really tells the reader how different Boyd’s life and perspective were before someone poured gas on him and lit him on fire. And Picciono has designed such a great character in Boyd. This guy just looks cool and is almost an instant iconic and classic image. 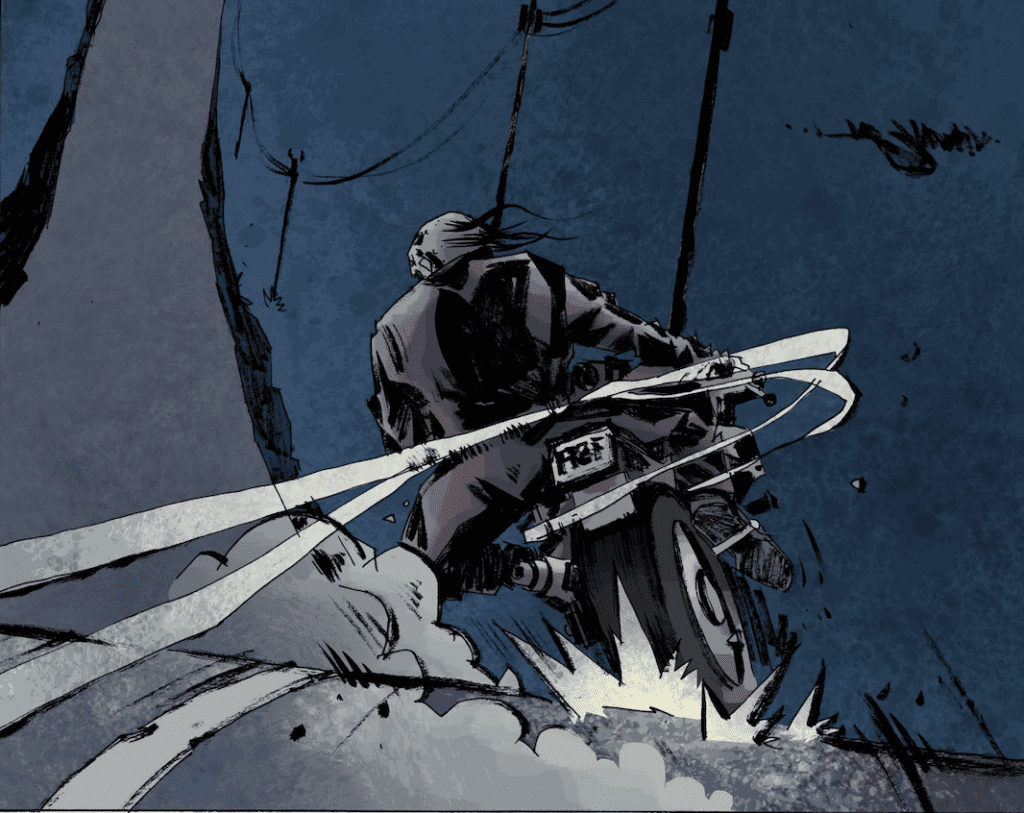 So DO NOT sit on this book. Burn Residue has the makings of a new crime comics classic. It’s one hell of a read and one fucking fantastic book to look at. You want in on this. Trust me. The Kickstarted just launched and you can support it here. Let’s make sure this book gets the support it needs so we can all watch Willy Boyd gets his revenge.