Jen and Sylvia Soska’s new run on Black Widow is shaping up to be one of the hero’s most intense stories yet. Recently revived from death via a cloned body, Natasha Romanoff has been spending time fighting corruption on the fictional island of Madripoor. This serves as the backdrop for BLACK WIDOW #2, which features Natasha’s rage at one of the most horrific imaginings in human history: a live stream torture website.

Natasha is most often associated with the horrors she faced during her training in the Red Room. But she has never witnessed such widespread torture of innocent women as that on the website No Restraints Play. Site users are asked to bid on any form of torture they wish to command and the organization will find young women to inflict it upon.

The brilliant writing talent of the Soska sisters uses this horrific syndicate as the perfect outlet for Natasha’s inner demons; her revival forced her to relive horrors throughout her life as well as the events leading up to her death. And in her mind, the degree of evil behind No Restraints Play justifies any lack of restraint against it. She’s done playing by the rules propagated by Captain America and the other Avengers. Her one goal is to dismantle No Restraints Play at any cost. 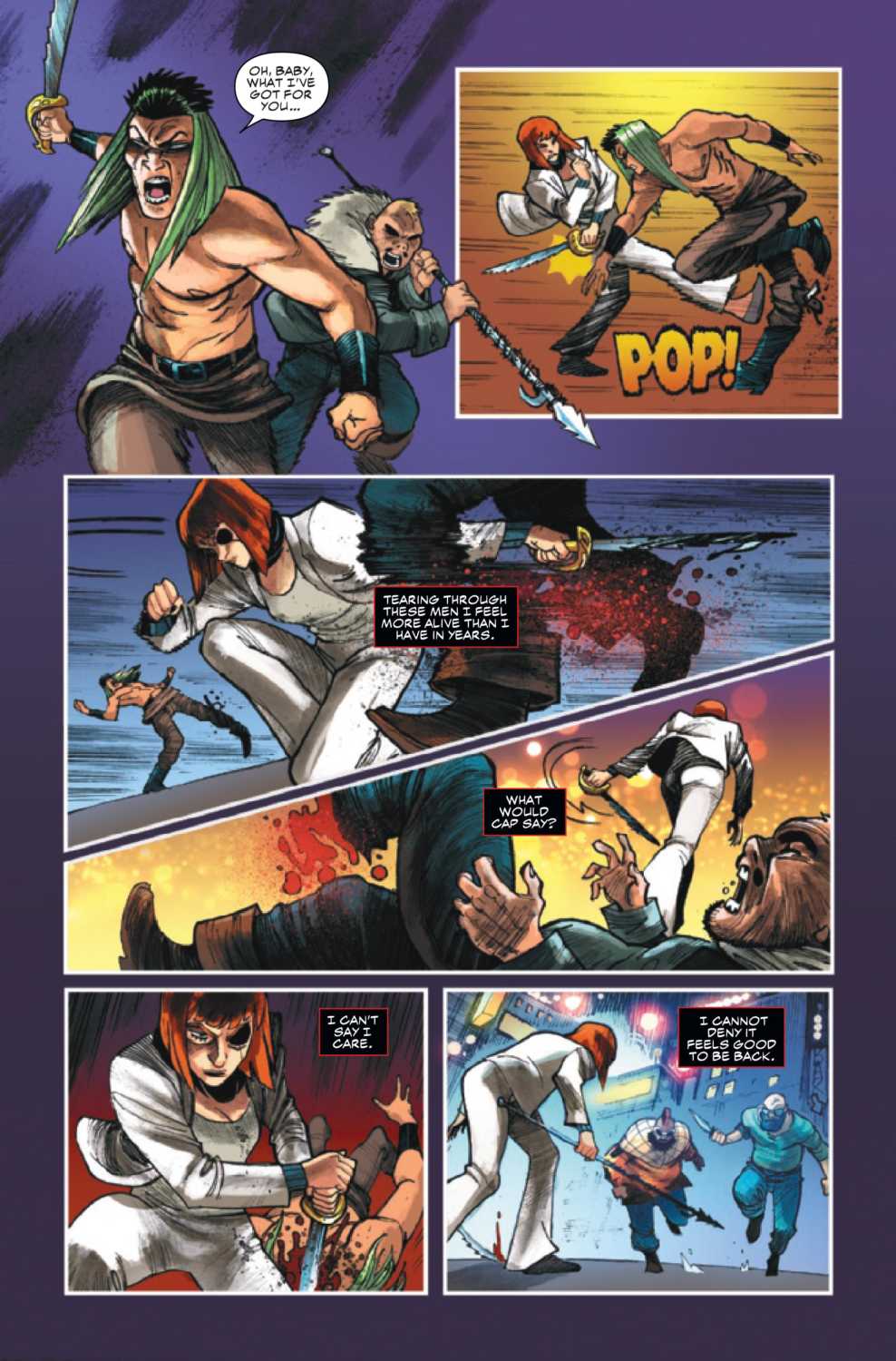 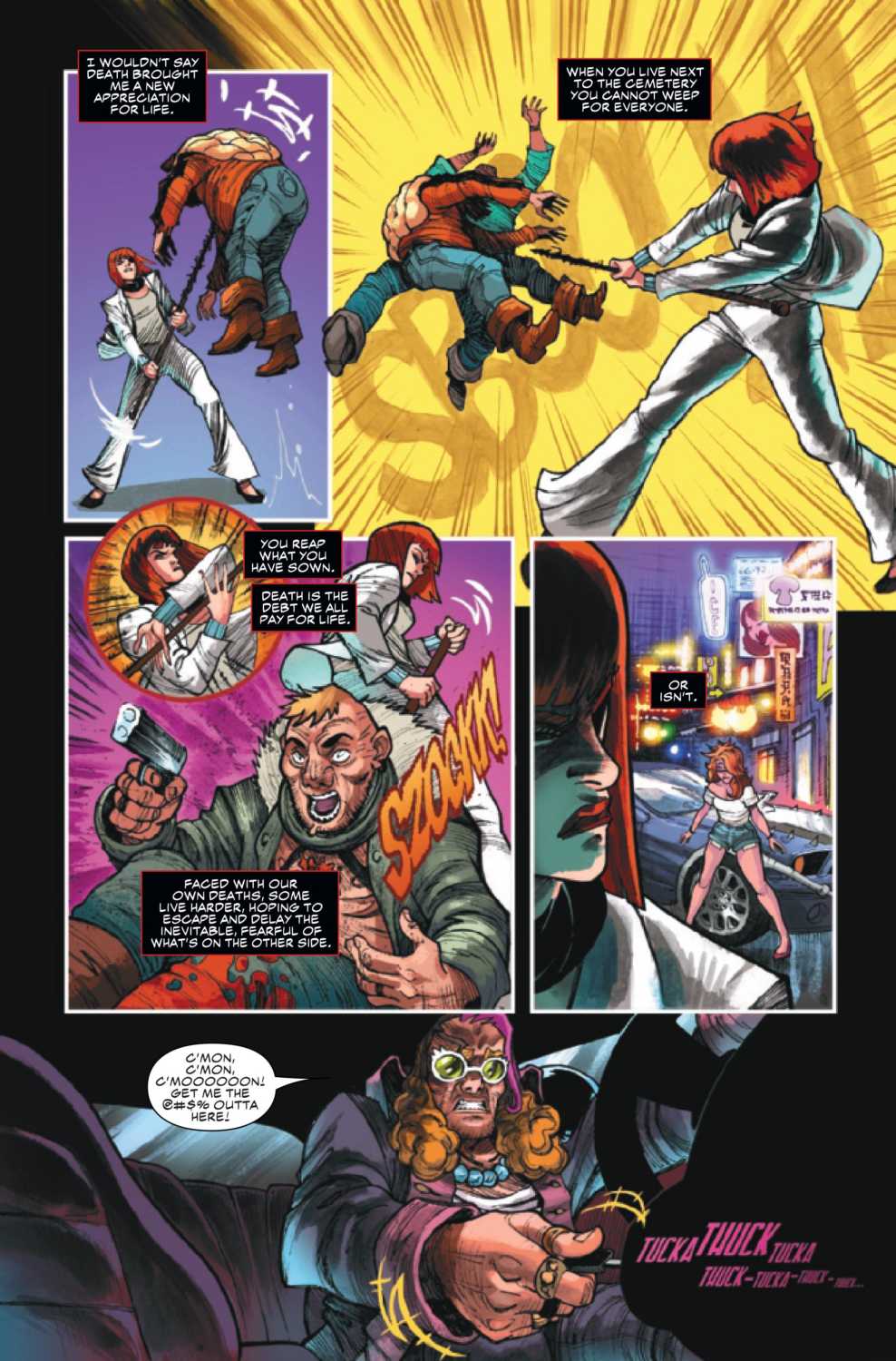 Clayton Crain’s cover art is a great visual setup for the book. Depicting Natasha fighting the crooks up close, as opposed to attacking from a distance like Tyger Tiger, shows how No Restraints Play has affected her on a deeply personal level.

Flaviano, Veronica Gandini and VC’s Joe Caramagna weave together action-packed artwork throughout the issue. Flaviano effectively uses blurred lines to bring Natasha’s quick styles of attack to life. In addition, Gandini adds in the right touch of shading to emphasize the dark horrors found in this story.

Caramagna’s lettering captures Natasha’s voice perfectly with its inflection in her threats against No Restraints Play. This adds greater dimension to the character and helps the reader feel her intensity. 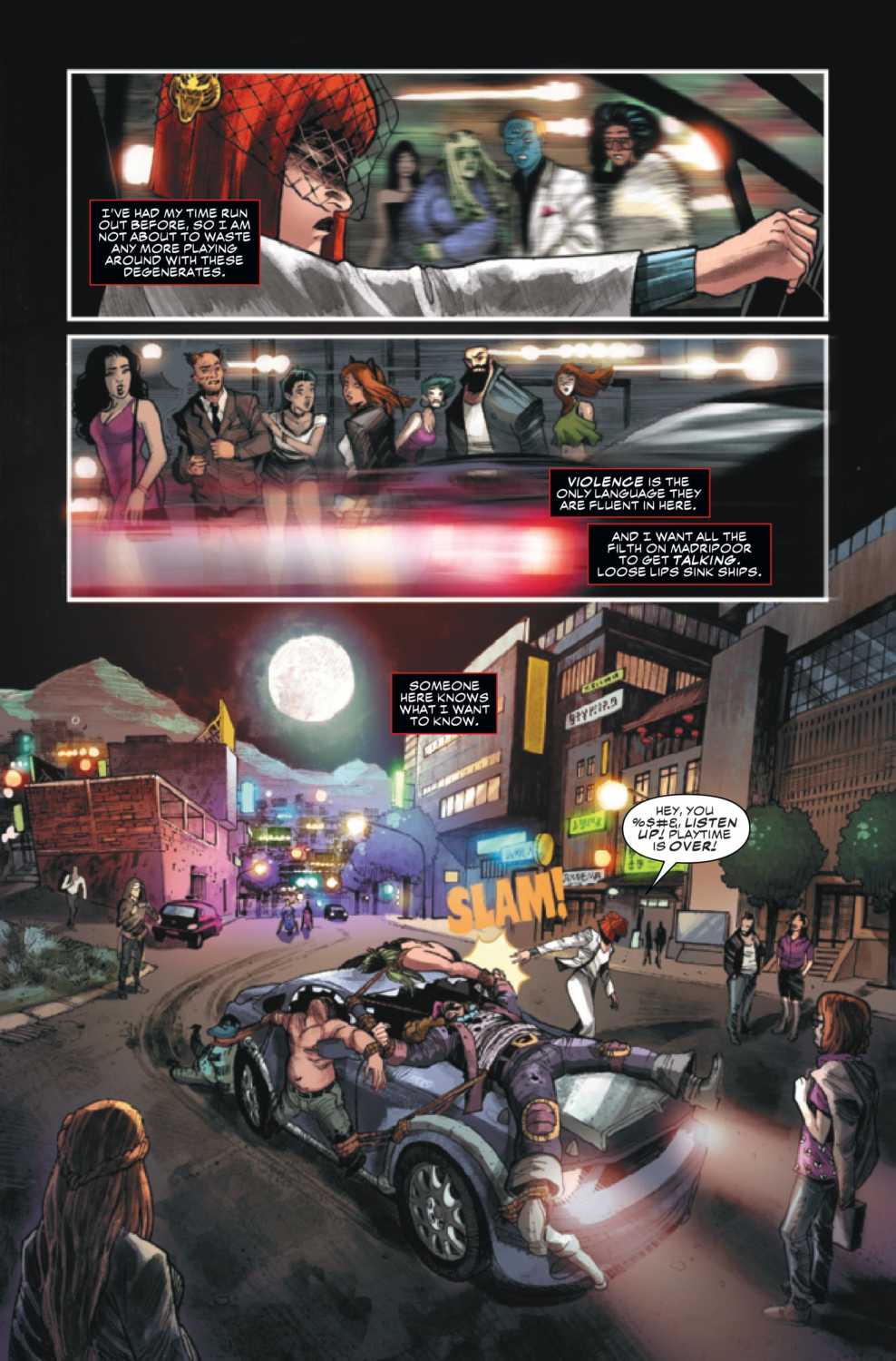 BLACK WIDOW #2 brilliantly draws readers into Natasha’s rage and pain as they’re fully realized via No Restraints Play. Readers will be amazed at how far Marvel is willing to push her as a character.

Do you think Natasha will reach her breaking point in this issue? Let us know in the comments below!