2017: Five Cartoons To Get Excited About

I’m a big animation and cartoon fan, but it seems like there’s nothing new to watch. Besides the brilliant season 20 of South Park, animation fans have been let down as of recently. Thankfully, however, 2017 is shaping up to be a great year for fans of cartoons, animation –  especially if  they grew up in the 1990s and early 2000s. Here are 5 cartoons you should watch for in 2017. Last on my list is the new Mega Man cartoon. Frankly, this is last because the image we’ve gotten of the character, seen above, is awful. It’s nothing like how the character should look. What gives me hope about this project, though, is its production company, Man Of Action Entertainment. They’re the team behind the original Ben 10, which was a favorite of mine when it premiered in 2005. I’m cautiously optimistic about this new take on the character.

Next up on my list is the upcoming Samurai Jack series continuation. The brain behind the original seasons and Dexter’s Laboratory, Genndy Tartakovsky, is passionate about getting the upcoming season made. He’s pitched Samurai Jack as a movie for years, and although we aren’t getting that, it will still be fantastic to see the character brought to Adult Swim again.

Big Hero 6 is getting a cartoon with the majority of the original voice cast back. The story takes place directly after the film from 2014 and will continue building the relationship between Baymax and Hiro, as well as the other members of their super-squad. The movie was great; I hope the show can mimic and replicate the same tone, humor, action, and flare. The new Spider-Man cartoon should get fans excited. It’s said said to be diving into the roots of the character, bringing a fresh take on the classic story. The show is going to be led by Kevin Shinick, the mind behind Robot Chicken of all things – it’s a weird combination that intrigues me. I trust Marvel with their most popular and beloved character of all time. 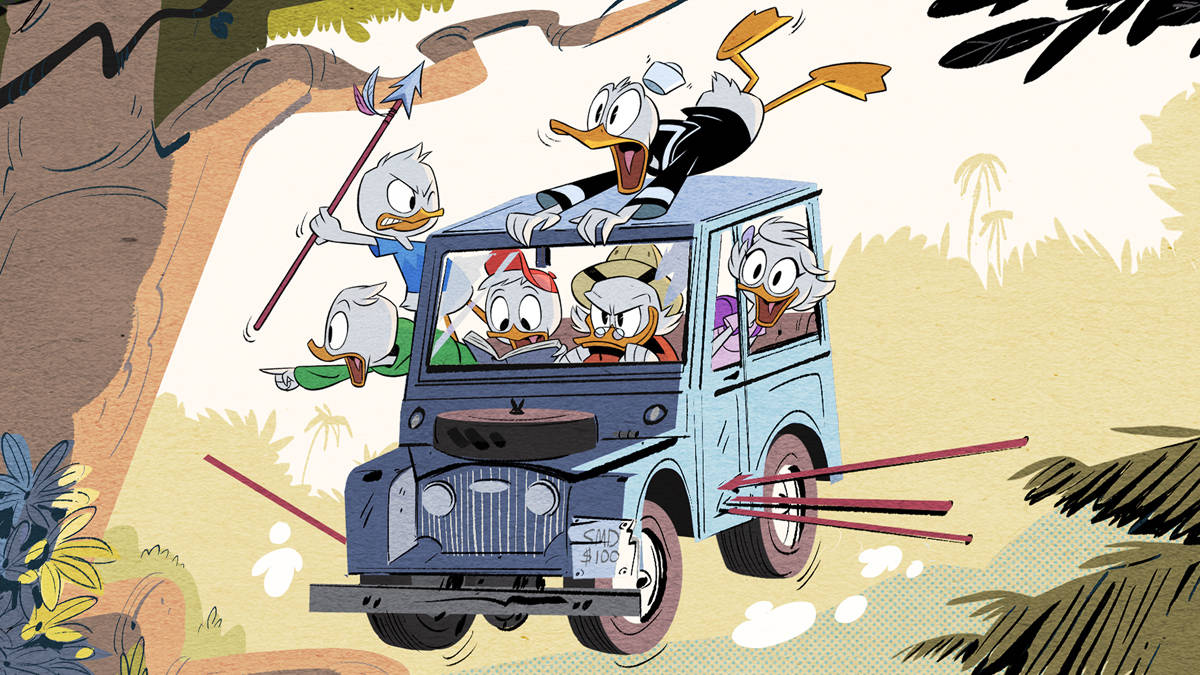 Now, onto my most anticipated animated show of 2017: Disney XD’s Ducktales reboot! The original show was before my time, but I’ve since went back and watched it, as well as played the game (queue Moon theme). Ducktales is a franchise that I appreciate despite the fact that the height of its popularity was was roughly 10 years before I was even born. The series’ first image shows fun, adventure, and mayhem, which exactly what I want from the show.

What shows did I miss? Do you disagree with any of my choices? Let me know in the comments.