Review: Going Further Into the Underground in BLADE RUNNER 2029 #2

Writer Mike Johnson and artist Andres Guinaldo return with to the grimy streets of Neo-L.A. with “Blade Runner 2029” #2. Along with colorist Marco Lesko and lettering by Jim Campbell, this 2nd chapter of this Blade Runner sequel-series does exactly as a proper sci-fi installment should, offering fantastic noir storytelling while expanding on the fiction of the original story in unexpected ways.

“Blade Runner Ash hunts the streets of Los Angeles for renegade Replicants. She finds her loyalties and humanity challenged by two Replicants… one offering her salvation, the other deadly damnation.” 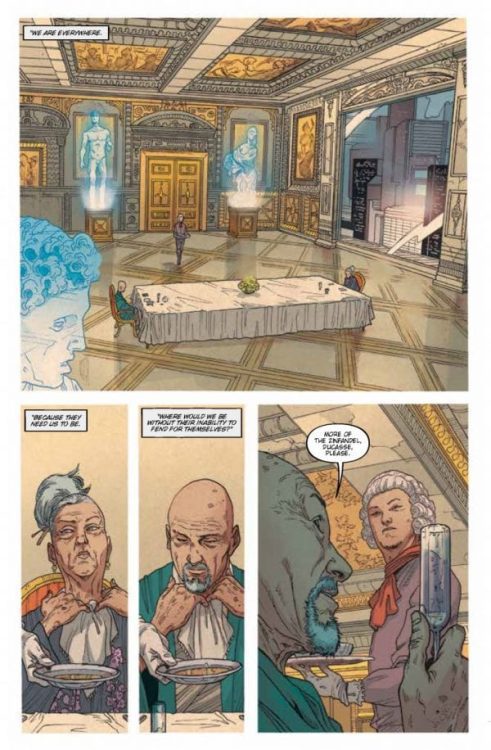 Mike Johnson’s focus in “Blade Runner 2029” #2 is a combination of building the case for replicant identity in this ruined future, as well as keep this story that perfect brand of cyberpunk noir this universe is known for. This comic has the plot progression of a properly planned detective thriller, with each issue so far having Ash follow a continually more engaging trail of breadcrumbs. This issue leads to a replicant underworld I hardly believe most Blade Runner fans could possibly see coming, but that also makes perfect sense and adds even more character to this oppressed group of people. The undertones of class commentary and capitalist critique are still heavy on every page, ensuring that Johnson is well aware of what this series, and cyberpunk as a whole, truly represent. The use of the comics medium to craft a complex mystery is on full display here, as Johnson uses a mix of noir-style overhead narration mixed with silent panels to portray the big moments both subtle and action-heavy. The dialogue is reminiscent of that in both Blade Runner films, a mixture of that noir-jazz, naturalistic phrasing, and in-universe references. This is a finely tuned and well-paced script that makes jumping back into this world both effortless and irresistible. 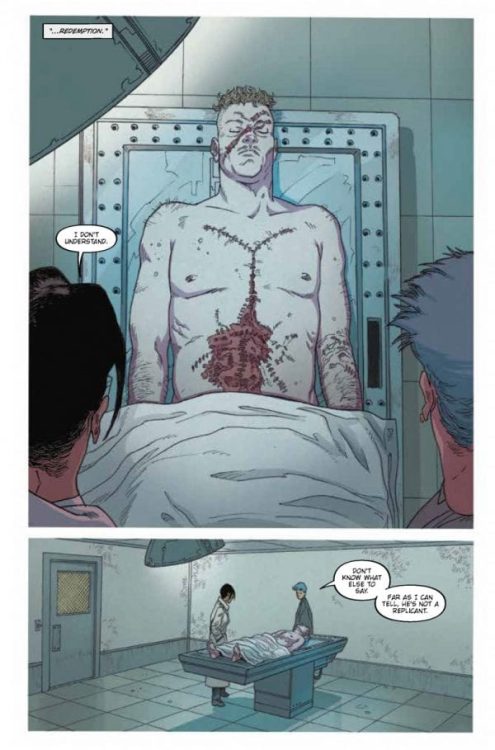 The pencils and direction of artist Andres Guinaldo peg him as the perfect creator to craft the visual story of “Blade Runner 2029” #2. His eye for detail in every aspect of drawing, from character animations, to clothing, and scenery straight from Ridley Scott’s original film, makes the atmosphere of the book effortless to be pulled in by. His style offers a sort of stylized grittiness to the book, with a design aesthetic that directly pulls from the films but also has its own artistic look. Guinaldo’s thin lines and detailed facial expressions feel similar to a combination of Moebius and Frank Quietly. He also has a fantastic eye for pacing and panel direction, as every scene is set with big panels that track motion and action, as well as more intimate shots that capture the small details in Ash’s investigation. The colors from Marco Lesko swing all over the place depending on environment, and they set the tone of each page perfectly. You can feel the humidity and pollution in the fog and neon filled streets of Neo-L.A. all because of Lesko’s tonally rich colors. At the same time, scenes that take place in speakeasys and the flashy homes of aristocrats sing with bright fluorescent lighting and vivid dress. The lettering from Jim Campbell is clean and modern, with a sort of standard sharpie-esque font that is easy to read while also conveying tone in narration and dialogue. The work of the visual team on this comic shows that the legacy of Blade Runner is in great hands. 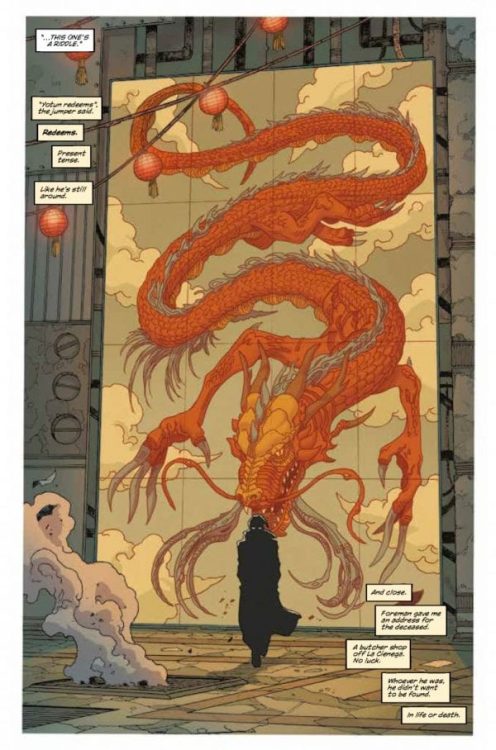 “Blade Runner 2029” #2 is a foggy and tense second chapter to this next story in the iconic cyberpunk saga. The script from Mike Johnson is a demonstration of fantastic sci-fi neo-noir genre handling, with each page being a piece of an increasingly fascinating puzzle. The visuals from Andres Guinaldo and Marco Lesko bleeds with the damp and polluted cityscape of Neo-L.A., to the point where I could almost taste the cheap bourbon and dirty night air. Be sure to grab this latest issue from Titan Comics when it hits shelves on 1-13!

A gripping second chapter that expands upon this story's own mystery, as well as the lore of the Blade Runner universe in stellar fashion.Review: Going Further Into the Underground in BLADE RUNNER 2029 #2