Review: Can Batman & The Spectre Keep it Together in DETECTIVE COMICS #1007?

Batman and The Spectre’s uneasy truce holds as they search for Detective James Corrigan in Detective Comics #1007. Time’s running out, though, as the mysterious cultists prepare to turn Corrigan into a sacrifice for their mysterious purposes.

The writing in this issue is, generally speaking, a bit of a letdown from our previous issue.

As in Detective Comics #1006, the core of the story’s conflict is not between our heroes and the cultists, but between Batman and The Spectre. It’s whether the pair’s differing philosophies will ultimately tank their partnership. That conflict is downplayed here, though, with The Spectre pretty effortlessly giving in to Batman’s side. The stakes don’t feel particularly high for Batman, leading to a lack of concern for the reader regarding Corrigan’s predicament.

We learn from the first few pages of Detective Comics #1007 that the group who abducted Corrigan—The Cult of the Divine Hand—plans to capture and command The Spectre’s powers for their own purposes. It’s never really clear what those purposes are, though. We don’t know if they have designs on world domination, taking over Gotham…maybe just doing some magic tricks?

The issue’s climax also creates a mixed reaction in the reader. The mystery wraps up with surprisingly little fanfare, and the battle is so one-sided, the tension never really rises high enough to grip the reader. Overall, it feel like writer Peter J. Tomasi may have had a grander vision for this two-part story. That vision doesn’t come across in the final product, though. 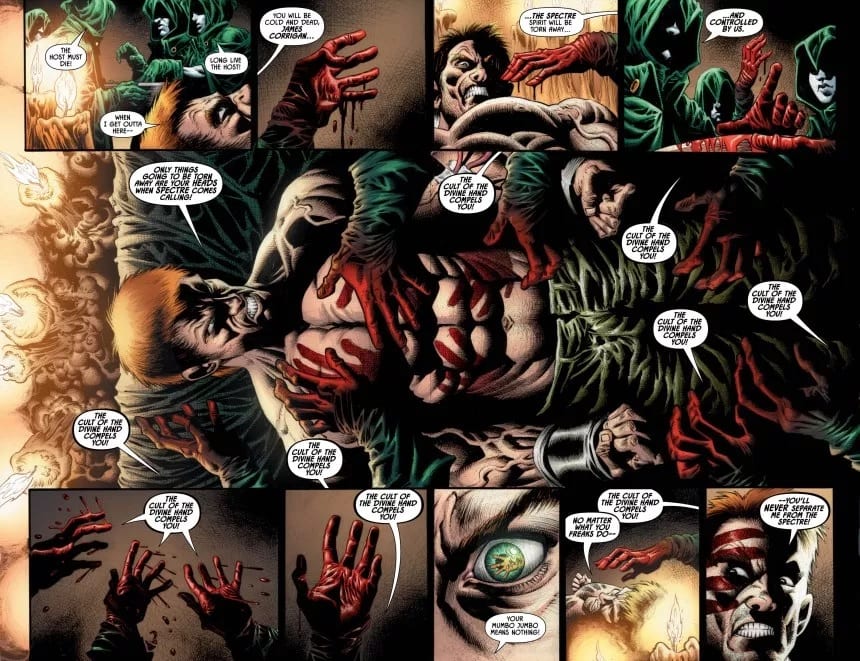 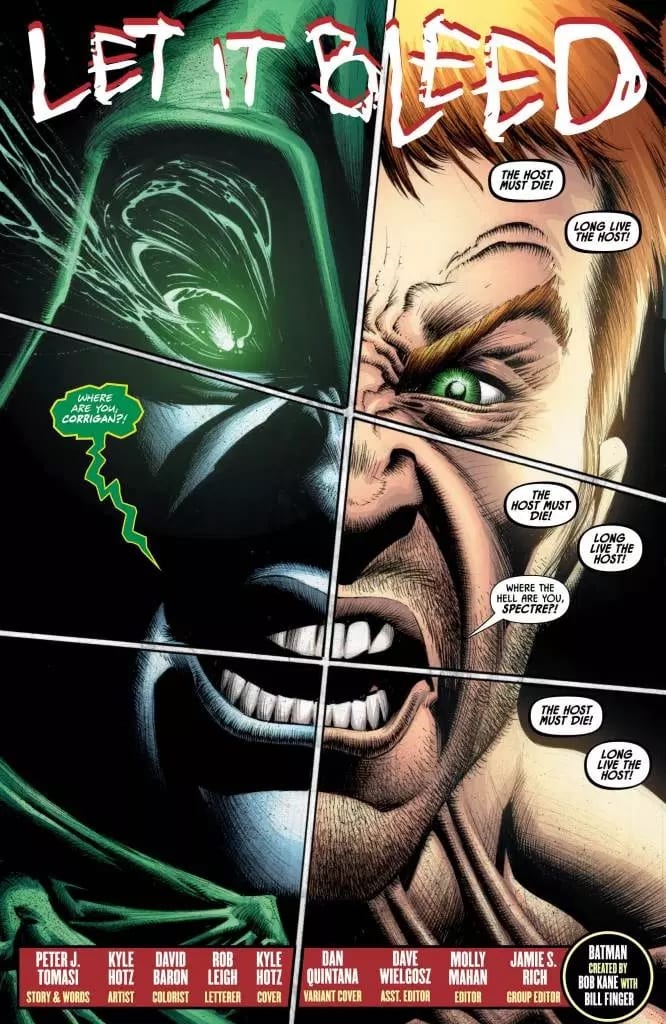 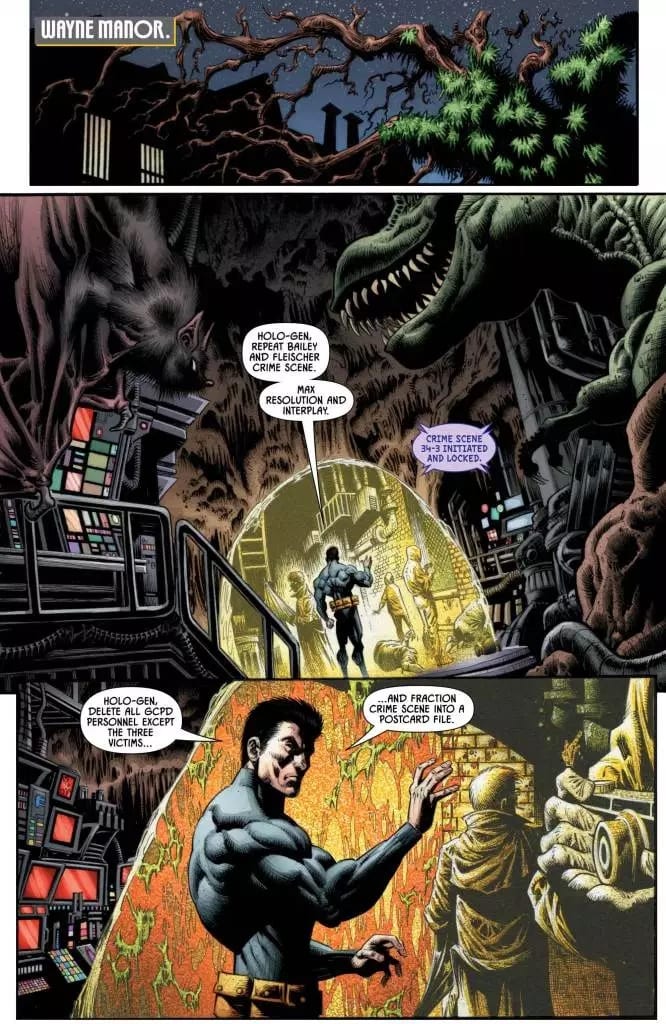 Like the writing, Kyle Hotz’s visuals in Detective Comics #1007 don’t quite meet expectations. In my review of our previous issue, I mentioned Hotz’s work having a distinctly ‘90s feel to it. There’s a lot of charm to that aesthetic. Unfortunately, he also drags up some of the decade’s more infamous trends as well.

One notices a lot of awkward anatomy and unnatural poses throughout Detective Comics #1007. Batman’s torso looks something like a ball on a stick, while limbs bend at awkward angles throughout the book. Their might have been a stylistic intent behind the work, but that isn’t really a compelling-enough explanation. While Hotz manages to create some strikingly moody and spooky imagery, it’s not a consistent presentation.

David Baron’s colorwork on Detective Comics #1007 is the standout element. He uses a lot of vibrant, unnatural greens for The Spectre, while keeping everything else sufficiently moody. Baron goes for the full Halloween palette in coloring candlelit rituals and spooky, abandoned churches, and the effect works nicely.

Detective Comics #1007 is a bit of a letdown from the promise of our last issue. Not bad, but not a high point in Tomasi’s run thus far.