Image Comics has announced a new fantasy series Fairlady — written by Brian Schirmer with art by Claudia Balboni and colors by Marissa Louise — to debut in April. What sets the book apart from standard fantasy storytelling is the inclusion of film noir and detective elements alongside the magical ones. The writer-artist team previously worked on Image’s Black Jack Ketchum. 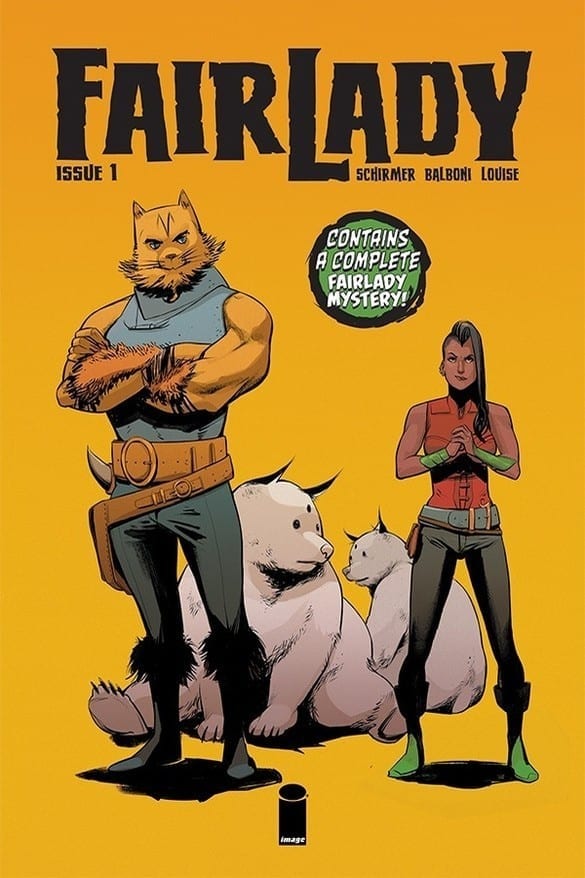 According to the publisher’s description:

In Fairlady, after posing as a man to join the army, Jenner Faulds returns home to The Feld for a new start as a “Fairman”—a specially licensed private investigator. But sexism didn’t end on the battlefield, and as the only “Fairlady,” Jenner gets stuck with the cases nobody else wants. Hitting the streets to solve The Feld’s overlooked mysteries, Jenner finds that the smallest cases hide the biggest secrets.

Fairlady blends the procedural case-solving of Magnum, P.I. and Fables, but set in a vibrant, Rat Queens-like high fantasy world. This debut issue and each following issue will feature a complete 30-page story.

According to Schirmer, the initial idea for Fairlady came from the absence of something in the marketplace:

“I realized that there wasn’t a fantasy series that focused on a female private detective, and then I realized how much I needed that to be a thing. I took a love of ’70s and ’80s shows like Magnum, P.I. and The Rockford Files, poured that into a big bowl of Middle Earth, and added dashes of China Miéville, Michael Moorcock and Mignola, and Barbarians Conan and Thundarr. Then we dropped in a tough outsider in the form of our protagonist, Jenner Faulds, the land’s only female private investigator. Let the limitless stories begin!”

“It was nice to visualize an entire city and give it life. I am always happy to work with Brian because his descriptions make it much easier to get a picture of what he has in his crazy mind. We have a perfect synergy, which is the ingredient that everyone wants during a creative process. I never designed something like this, and this project gave me the opportunity to explore some new horizons.” 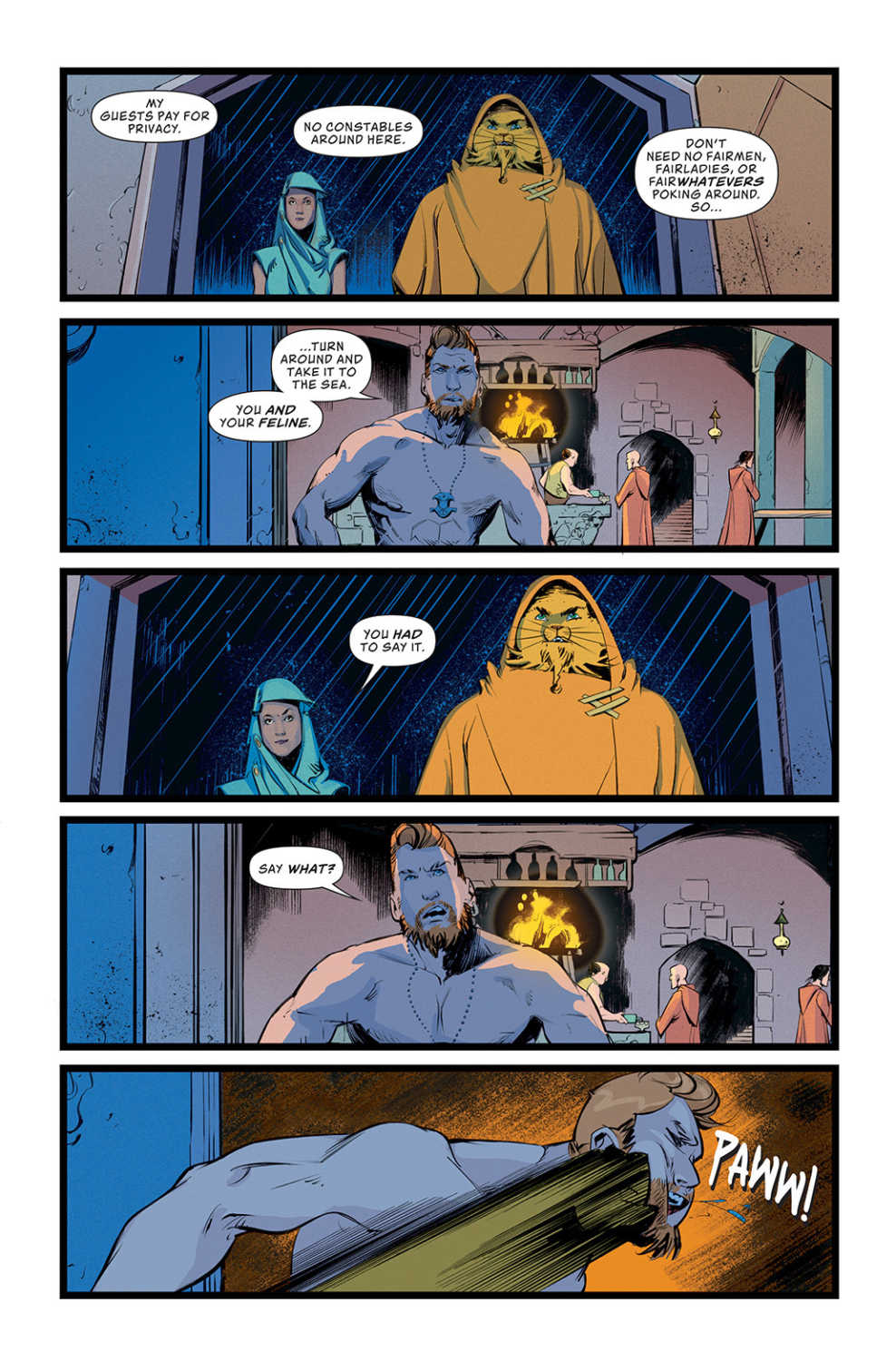 Schirmer summed up his initial thoughts on the story dynamics of Fairlady:

“I’d never read a fantasy story with a female P.I. as the lead, just as I’d never read a surrealist Western about a historical figure. It’s also fun to blend the various genre elements. How might someone fake their death in a high fantasy setting? How might magic play into a murder investigation? What does sexism look like in such a world, and how does it impact the life of our protagonist in ways both similar and different to our world? Asking and answering questions like these is what gets me out of bed in the morning as a writer.”

Fairlady #1 arrives with two covers: Cover A is by Balboni and Louise, Cover B is by Tula Lotay. Both will be in comic stores Wednesday, April 10.

Does Fairlady sound like an interesting blend of genres? Will it fill the hole left by the end of Fables? Leave us a comment!