CW’s Arrow hasn’t killed off any main characters for a while now – in fact, they just resurrected one so she could hop on Legends of Tomorrow. But for their fourth season, they have teased the death of a presumably major character, showing Oliver Queen, distraught,  at a grave site. While we know it’s not Oliver, Felicity Smoak, or Barry Allen (The Flash), the question remains – what character is Arrow preparing to kill off?

The major deaths we’ve already seen in Arrow are (SPOILERS!) Tommy and Moira. Moira, Oliver’s mother, was killed when Deathstroke made Oliver choose between Moira and Thea, his sister. Thea’s still alive today, but she is likely next up on the chopping block. Technically, she shouldn’t be alive, as she was brought back to life by the Lazarus Pit. Because of this resurrection, nowadays she’s erratic and violent in battle, which could lead to an impulsive decision that gets her killed. Damien Darhk is also fascinated by the dark energy that’s now flowing through her, and he nearly killed her earlier to get back at Oliver. While he didn’t know Oliver was the Green Arrow then, once he knows, Thea’s the logical target. Now it’s possible Darhk’s interest in Thea will mean he tries to keep her alive, for experiments or as a potential pawn, but she seems to be the most likely death of the show’s main cast.

Diggle has really left his mark on Arrow, becoming so important in the TV show that he was actually added into the comics. His death would seriously upset Team Arrow, as he’s been there since the first episode. But as a character created for the TV show, he’s arguably less iconic, and therefor more expendable. There’s also the fact that Arrow has now introduced Andy, John’s younger brother, and they’ve made him more important as this season has progressed. It’s quite possible that he’s been built up as a replacement for John. Arrow doesn’t do a lot of big deaths in their show, at least not since Season 2, so it does seem a bit unlikely that they would kill such a key character. But clearly they want to stress how big this death is, and it’s hard to think whose death could be as moving as John’s. 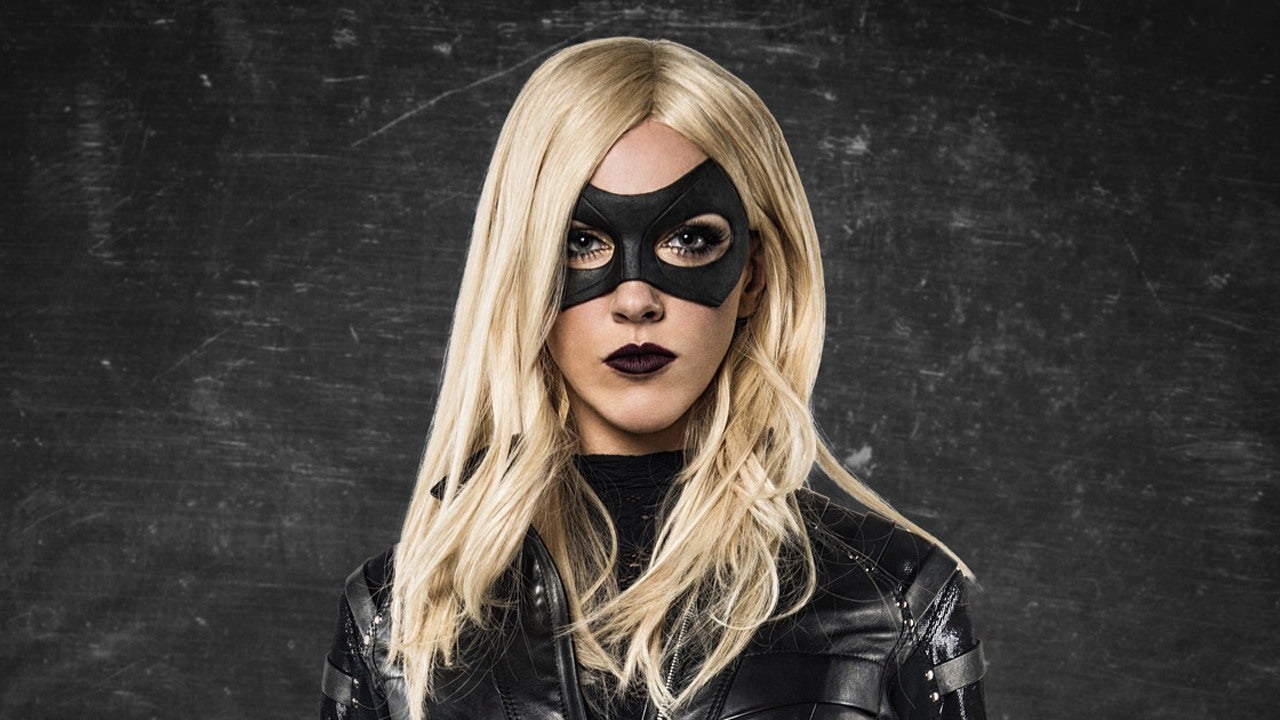 As terrible as it sounds, I want it to be Laurel. Not because I especially hate her, but because she hasn’t really been as important or interesting this season. Now that Thea and John are more regularly joining Oliver in the fighting, there’s less of a need for the Black Canary to be there. It would be karma for brining Sara back to life – there could be some moment where Nyssa pops back up and says “this is what happens when you bring people back to life.” Also, it’s possible Darhk would want to kill Laurel as retribution for Quentin, her father, betraying him. However, it seems more unlikely that they would kill off a character as iconic as Black Canary, who is married to Green Arrow and a Justice League member in the comics. It’s improbable they’d be willing to kill her off, but it is clearly meant to be a big, earth-shattering death, and the death of Black Canary could be that big of an event. 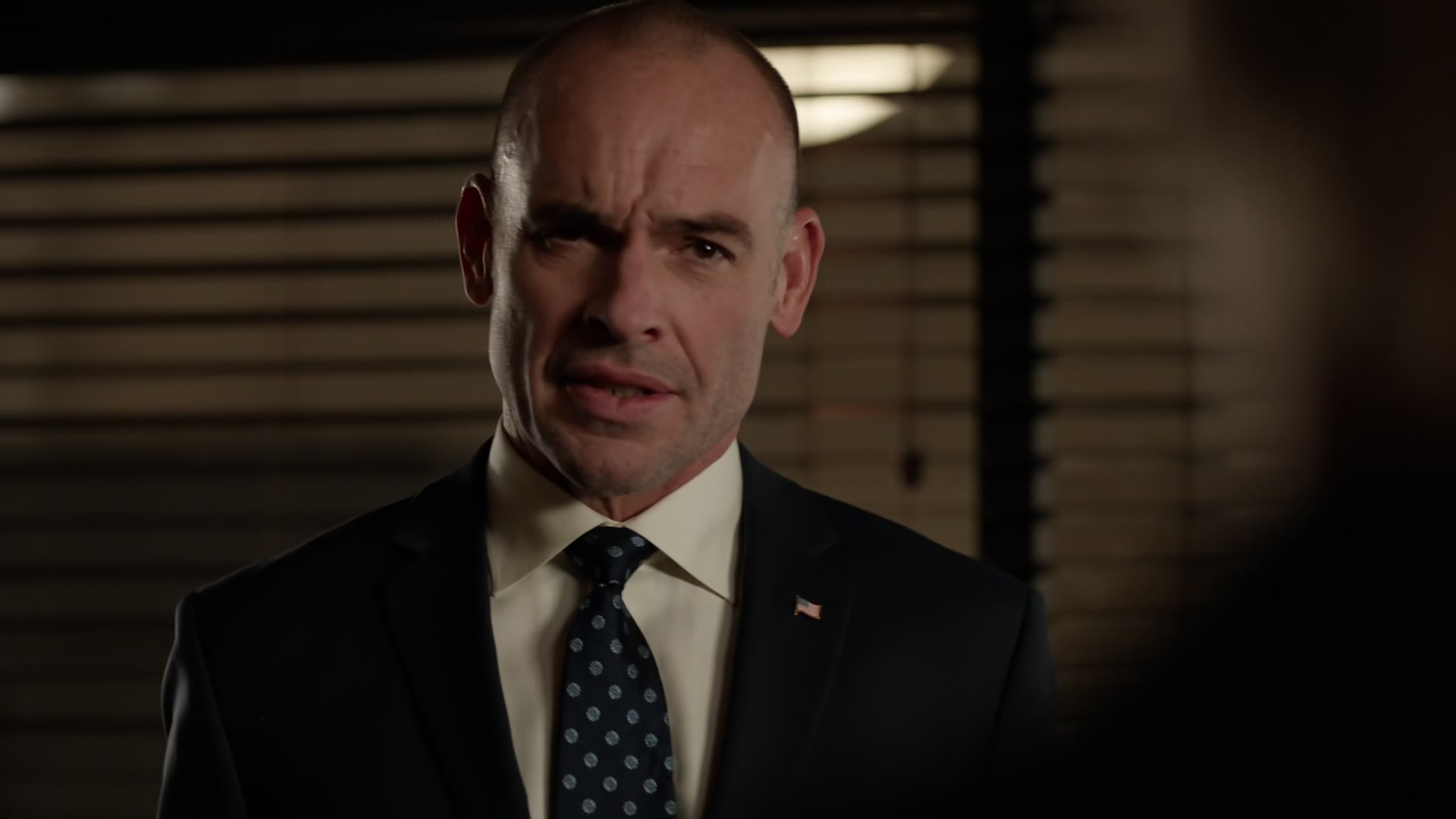 He’s been working for Darhk, and he’s now betrayed him for Oliver. Darhk’s not dumb. If he doesn’t know now, it certainly won’t take him long to figure out. And it makes sense that Darhk would use the death of Quentin as a message to Oliver not to try and cross him any further. However, the dynamic between Quentin and Oliver is constantly shifting between the two of them working together, then being enemies with different views of justice. I think it’s more likely they’ll go back to the latter dynamic, where whoever died makes Oliver vengeful, while a still alive Quentin Lance will tell him to keep a level head.

Now while it’s possible Darhk killed someone to send Oliver a message, it’s also possible Darhk wants to send Quentin a message for betraying him. And now that Quentin has sparked up a relationship with Donna, he’s got an emotional connection beyond his daughters. She’s not really been around enough to be that major of a character, and she’s usually only brought in for some easy comedy/emotions for Felicity, so I doubt it’s her, but it’s possible, now that she’s also got the connection to Quentin. And since Oliver and Felicity are married, it makes sense that they would be the two faces we see, anguished and ready to strike back at Darhk. 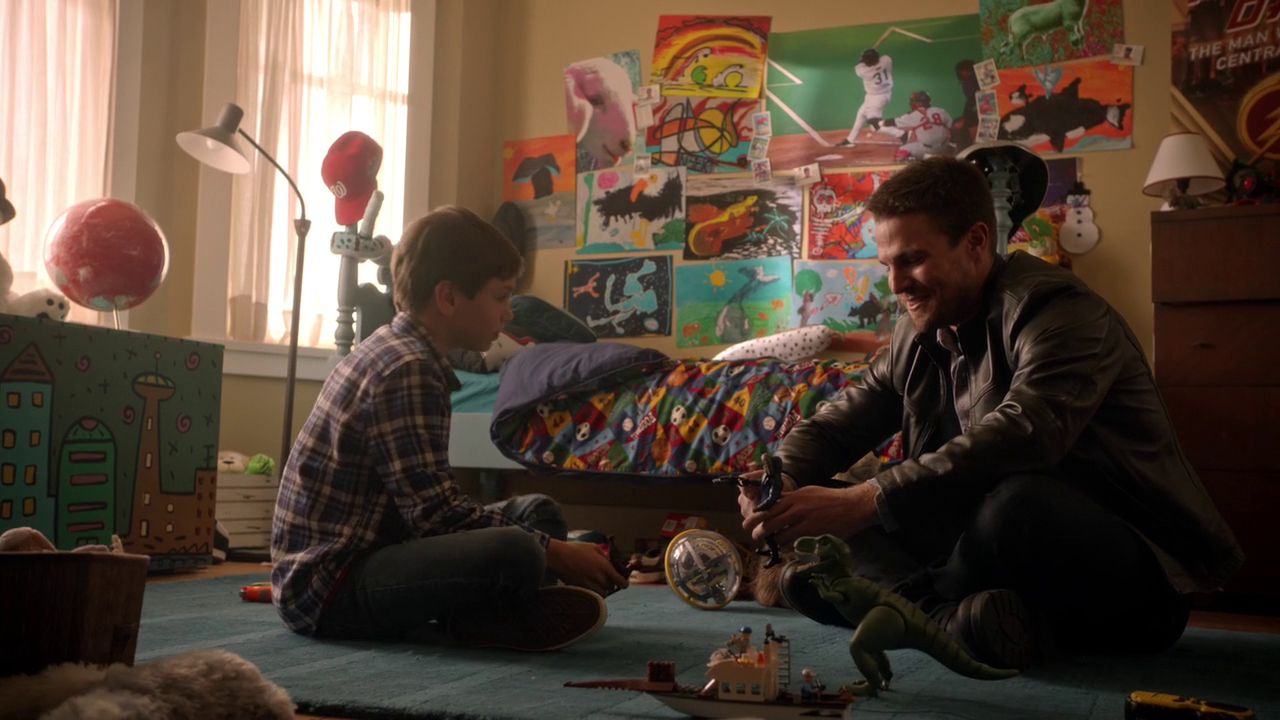 If you don’t know who this is, no worries – William has only appeared on Arrow a couple of times, hence why he’s so low on the list. Oliver impregnated a young woman, Samantha, back in his playboy days, and Moira paid her off to never tell Oliver. But Oliver does eventually find Samantha, and meets his son William. So far we’ve only seen William in a handful of episodes, and he and Oliver have only talked once in “Legends of Yesterday.” It’s possible they brought in William only to have his death be a serious gut-punch to Oliver, but that seems like wasted potential, and therefor unlikely. It’s more likely that he’ll be kept alive and pop up whenever the writers need a B or C storyline. 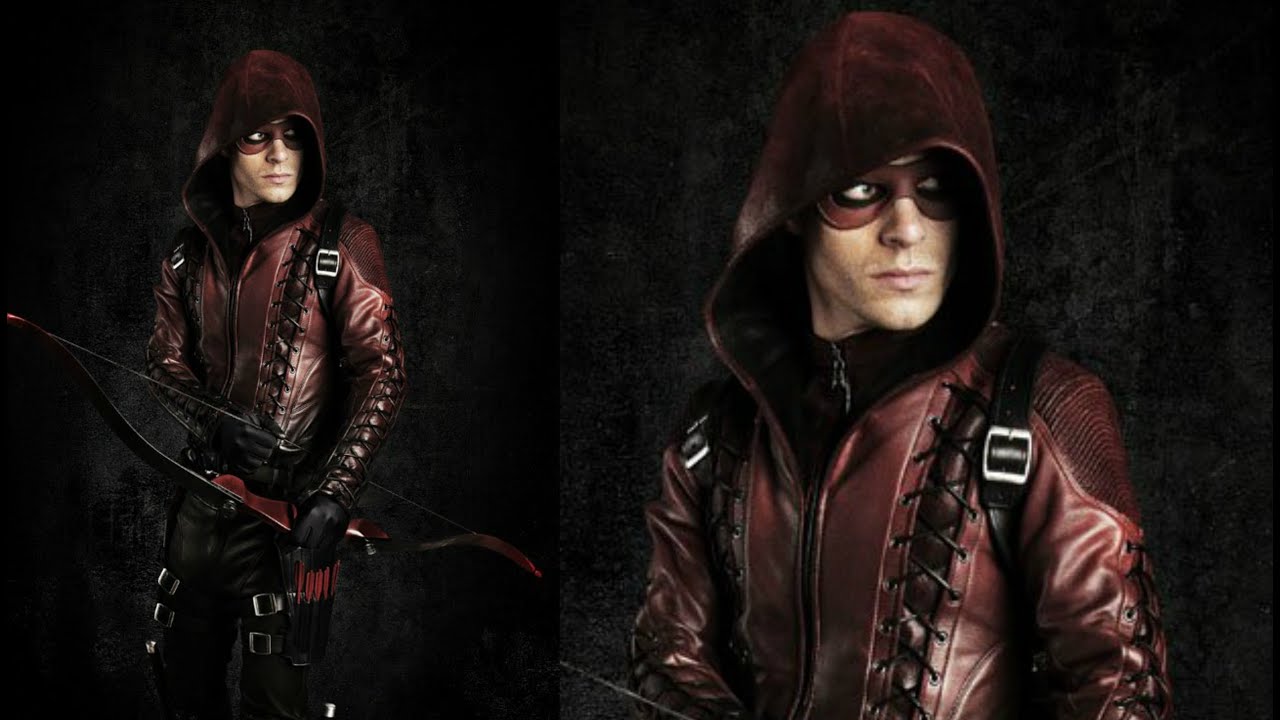 While Roy has officially been off the main squad for a while, the fact that he left Starling means that he’s still alive, and can still be killed off. We do know from a series of promo pictures that Arsenal does step back into the show, even if only for a single episode, to help Team Arrow take down classic DC villain The Calculator. He hasn’t really mattered in a minute, so it seems unlikely that they’d write him off the show, then immediately write him in and kill him. I’d only expect Roy to die if the actor, Colton Haynes, is trying to cut all ties to the show. 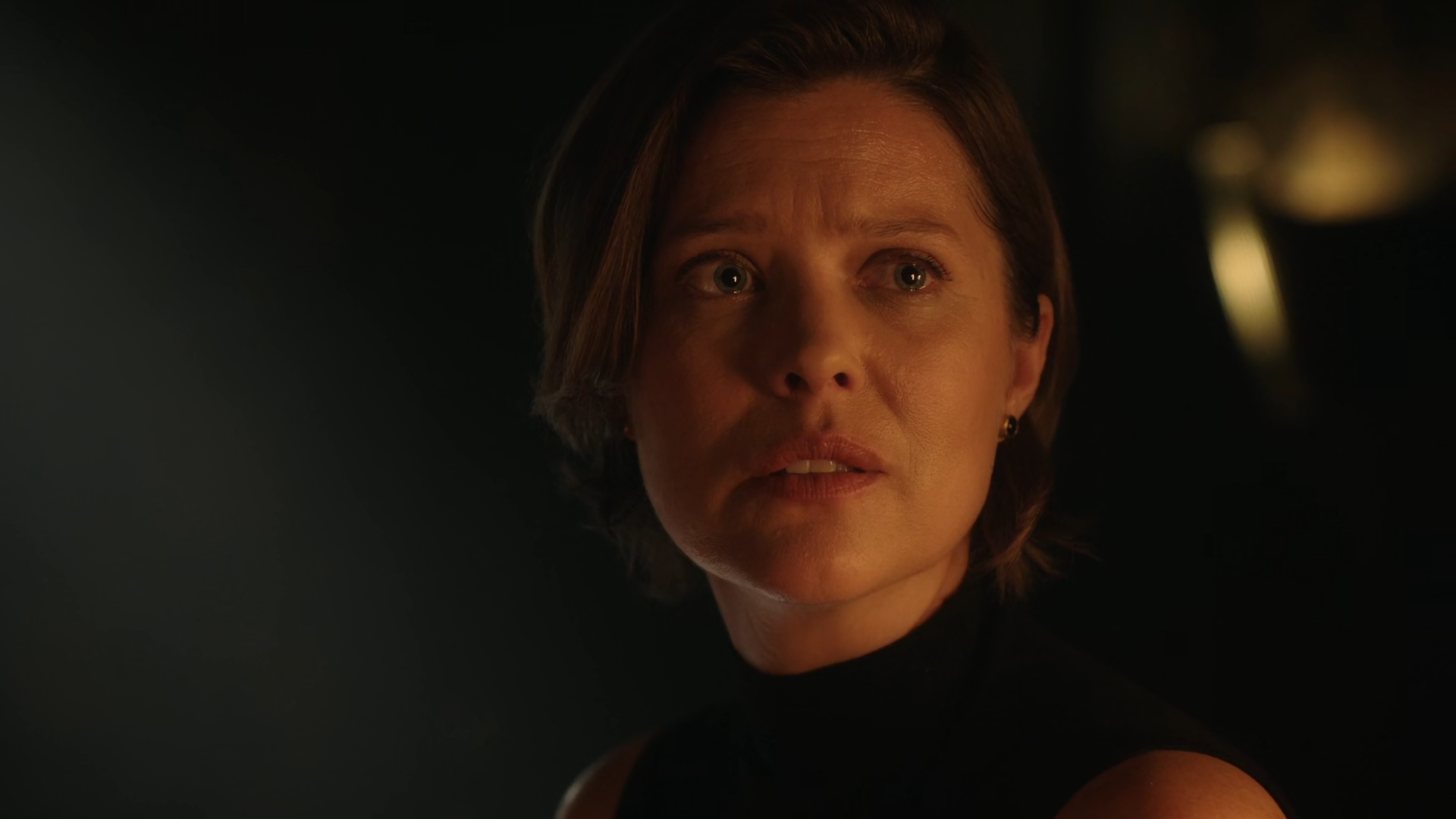 Talk about a wasted character. Since Lyla quit A.R.G.U.S, she’s shown up rather infrequently, often only coming in to tell John he’s being stupid while holding their daughter, Sara. With the death of Amanda Waller, it’s possible Lyla will take over A.R.G.U.S. and thereby put herself in more potential danger. However, it seems far more likely the writers want to kill off A.R.G.U.S. so people focus on the Suicide Squad iteration, which means Lyla is likely going to remain alive and somewhat relevant for at least the rest of this season. 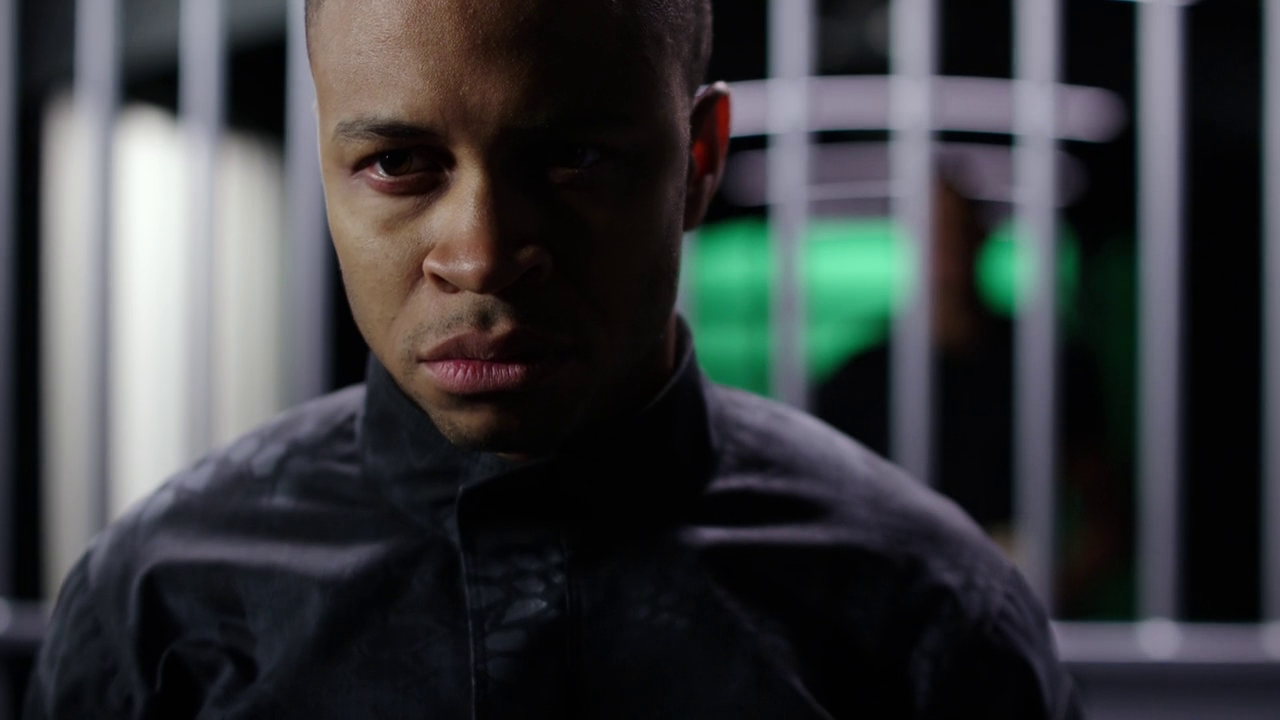 Out of all the characters who could conceivably be killed, Andy would be the worst and most nonsensical choice. Having only been around for five episodes, killing him off this early would be premature, to say the least. Also, it plain wouldn’t make sense for Oliver to be the one mourning, as opposed to John or possibly Lyla. While I’m interested to see what the writers continue to do with Andy, he flat out doesn’t matter enough right now to be the death that has been hyped up for so long.