Scott Synder puts together his version of THE DARK KNIGHT RETURNS, but with a bigger budget and better special effects.

Batman: Last Knight On Earth #1 (of 3) hits your local comic book store today, and the 56-page book written by Scott Snyder with art by Greg Capullo is so insanely epic that it will melt your face off.

The creative team of Capullo on pencils, Jonathan Glapion on inks, and FCO Plascencia on colors absolutely crush every single panel. The book has grounded gritty moments that have texture and emotion. There is true horror and sadness in the eyes of the characters in the first chapter. Then when the insanity of the world is unleashed on Bruce Wayne, the action sequences have movement, clarity, and excitement. The book has several epic panels that have shock value and give you goosebumps, but the most bone-chilling panel is early on in the book.

SPOILER ALERT – When discussing the art and the writing of Batman: Last Knight On Earth #1 (of 3) spoilers may seep their way into the conversation. If you haven’t read the book yet turn back now.

The panel is of a boy who looks like Bruce Wayne from Crime Alley, with a monotone panel that is layered with rain and the point of view makes direct eye contact with the reader. The reveal and panel have a Walking Dead vibe that sends shivers down your spine. The proportion of Batman’s hand pulling up the umbrella is almost life-size and it emphasizes the POV even more. The panel knocks you and Batman off balance. The two pages involved in this scene are a “how-to” guide for visualizing horror in a comic book. 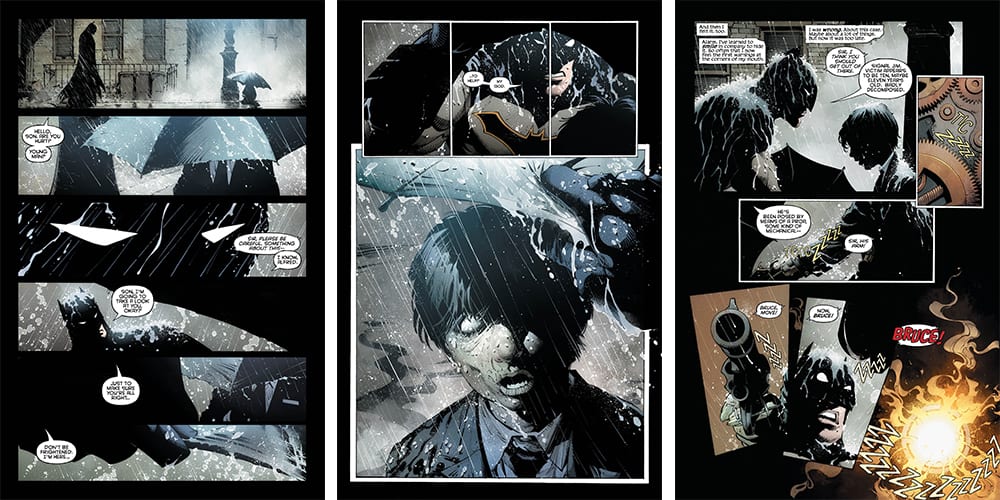 Snyder’s writing is on full-throttle. Batman: Last Knight On Earth #1 holds nothing back and has a grand scope that feels like a finale. Everyone who is anyone in the DC Universe is involved, but not shoe-horned in just to make an appearance. Snyder has everything planned out and Batman is on a hero’s journey like no other. The narration of the first issue is what stands out when it comes to Snyder’s writing, as there is compassion, friendship, and a bit of mystery to the narrator. Snyder’s use of narration builds the intensity of moments like a musical score.

If you look closely at Tom Napolitano’s lettering work you will notice subtle changes to Bruce Wayne’s word balloons. This had me questioning myself and Batman as to what was real and what was fake. It’s this attention to detail that takes a good book and makes it great.

Overall, Batman: Last Knight On Earth #1 is the most fun you will have reading a comic this month. Snyder and Capullo are focused on delivering a Batman tale that rivals the feelings you got watching Avengers: Endgame.

Do you have Batman: Last Knight On Earth on your pull list? Check out the 10-page preview below.

About BATMAN: LAST KNIGHT ON EARTH #1

So begins this sprawling tale of the Dark Knight as he embarks on a quest through a devastated DC landscape featuring a massive cast of familiar faces from the DC Universe. As he tries to piece together the mystery of his past, he must unravel the cause of this terrible future and track down the unspeakable force that destroyed the world as he knew it…

From the powerhouse creative team of writer Scott Snyder and artist Greg Capullo, the team that reinvented Batman from the emotional depths of “Court of Owls” to the bombastic power of DARK NIGHTS: METAL, DC Black Label is proud to present the bimonthly, three-issue miniseries BATMAN: LAST KNIGHT ON EARTH, published at DC’s standard comic trim size.

This could be the last Batman story ever told… 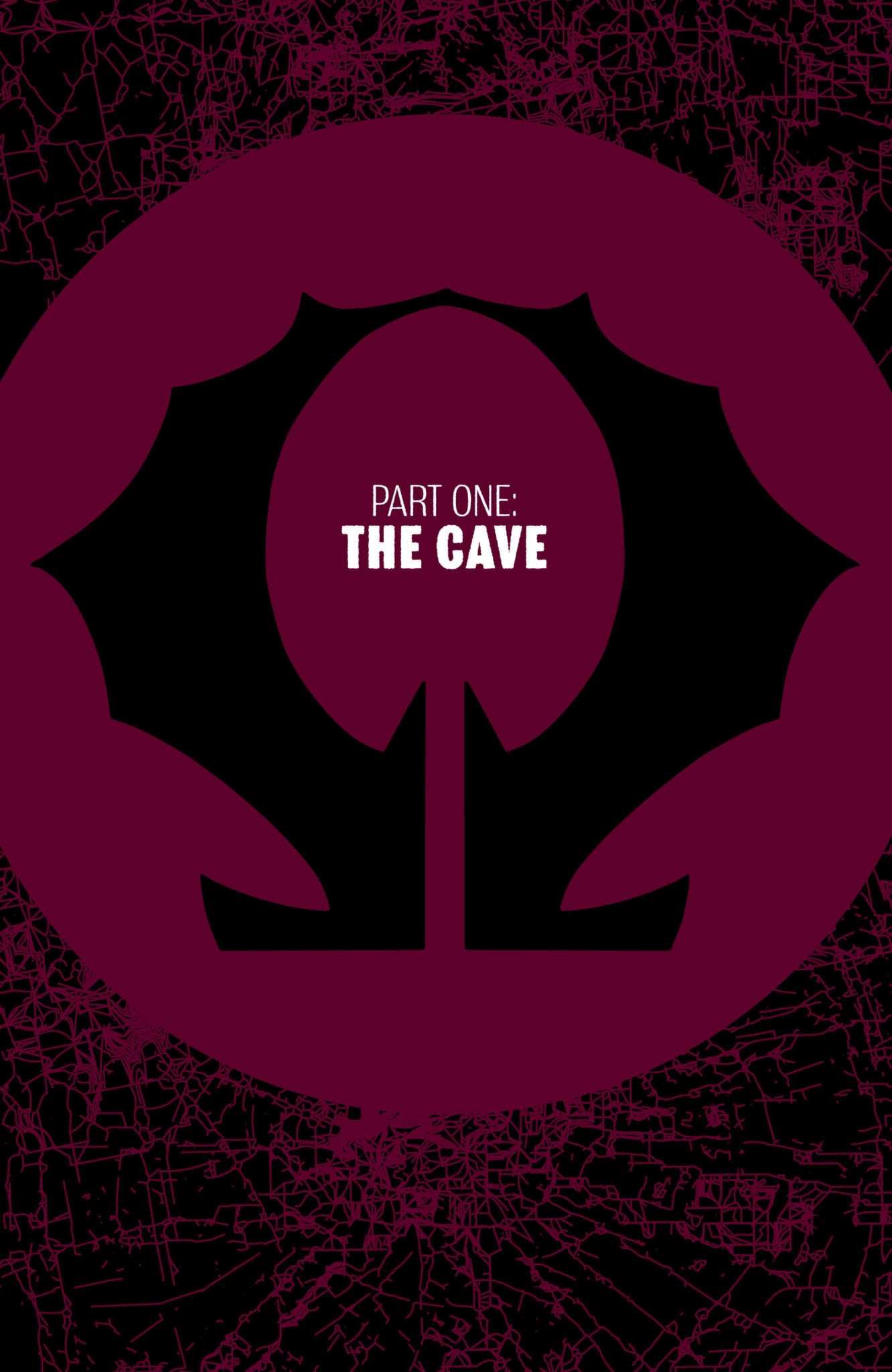 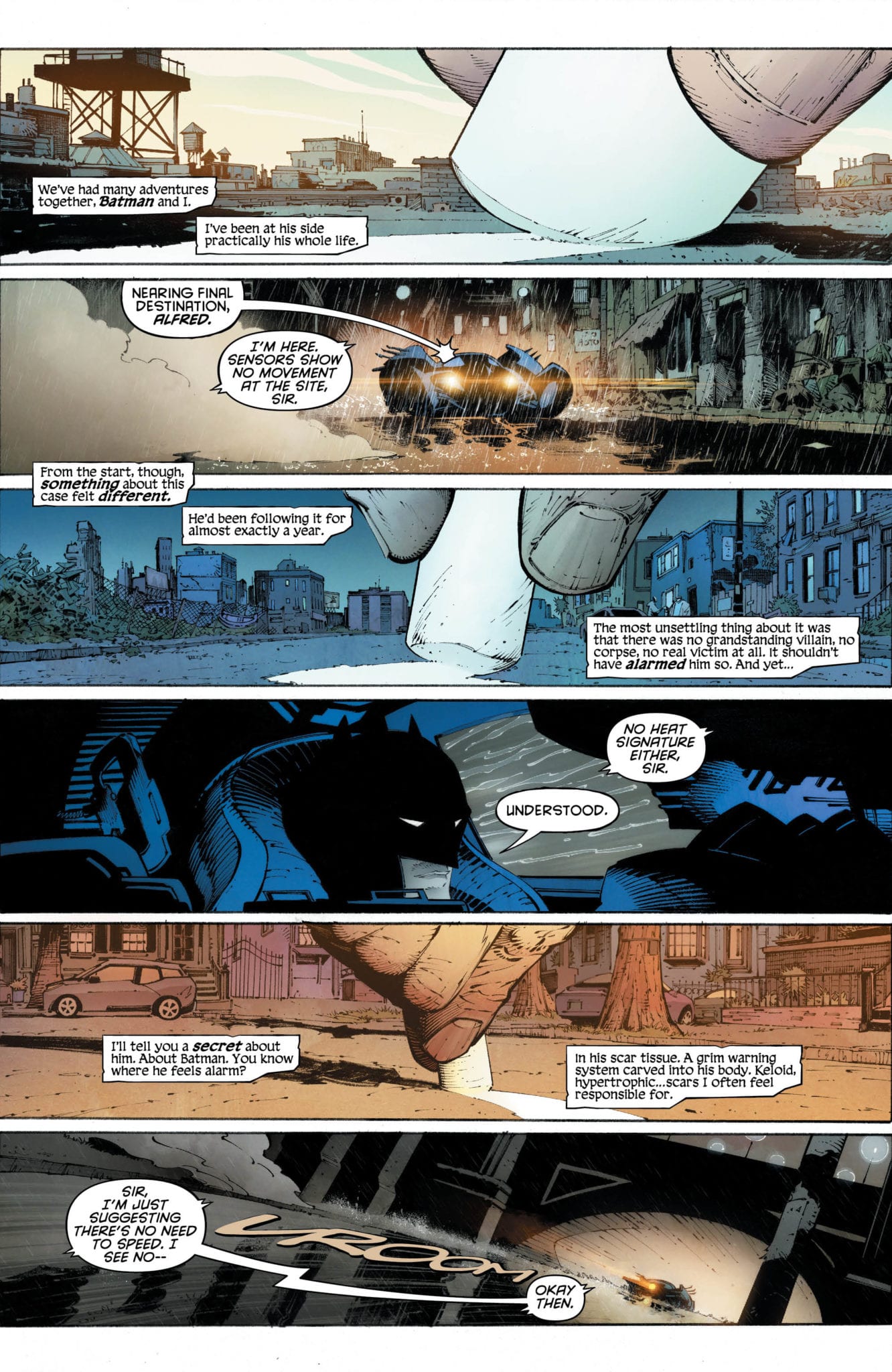 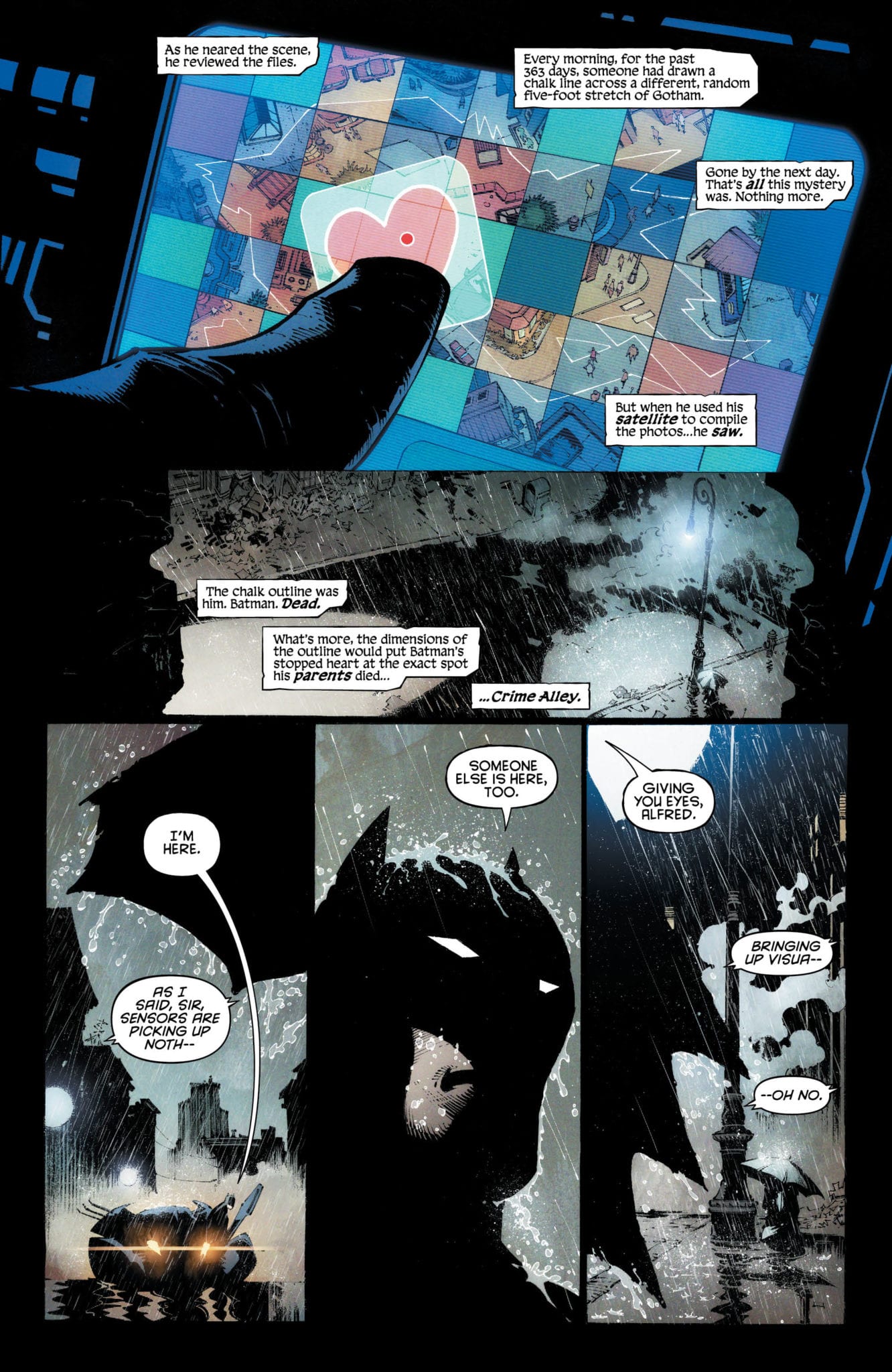 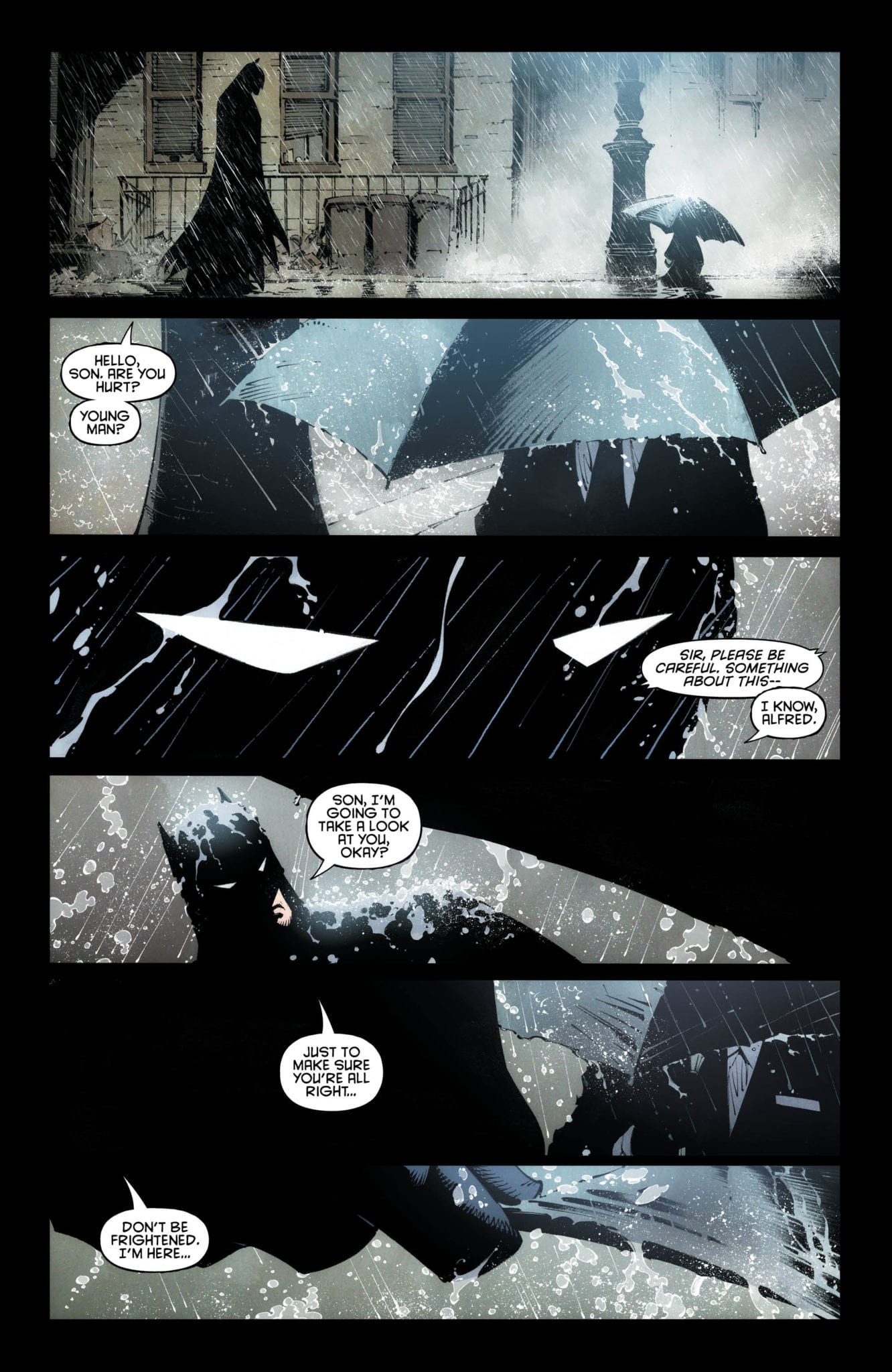 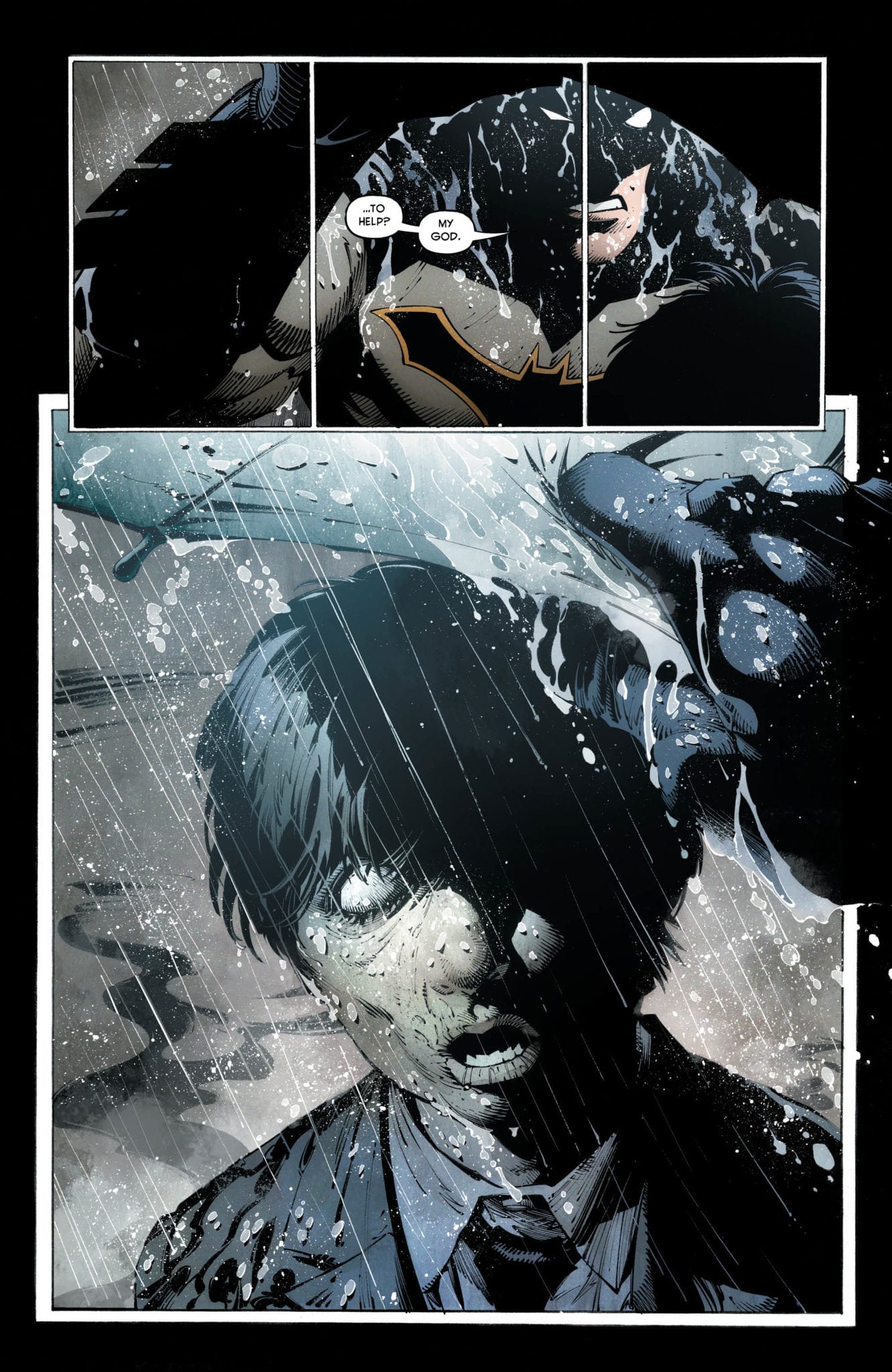 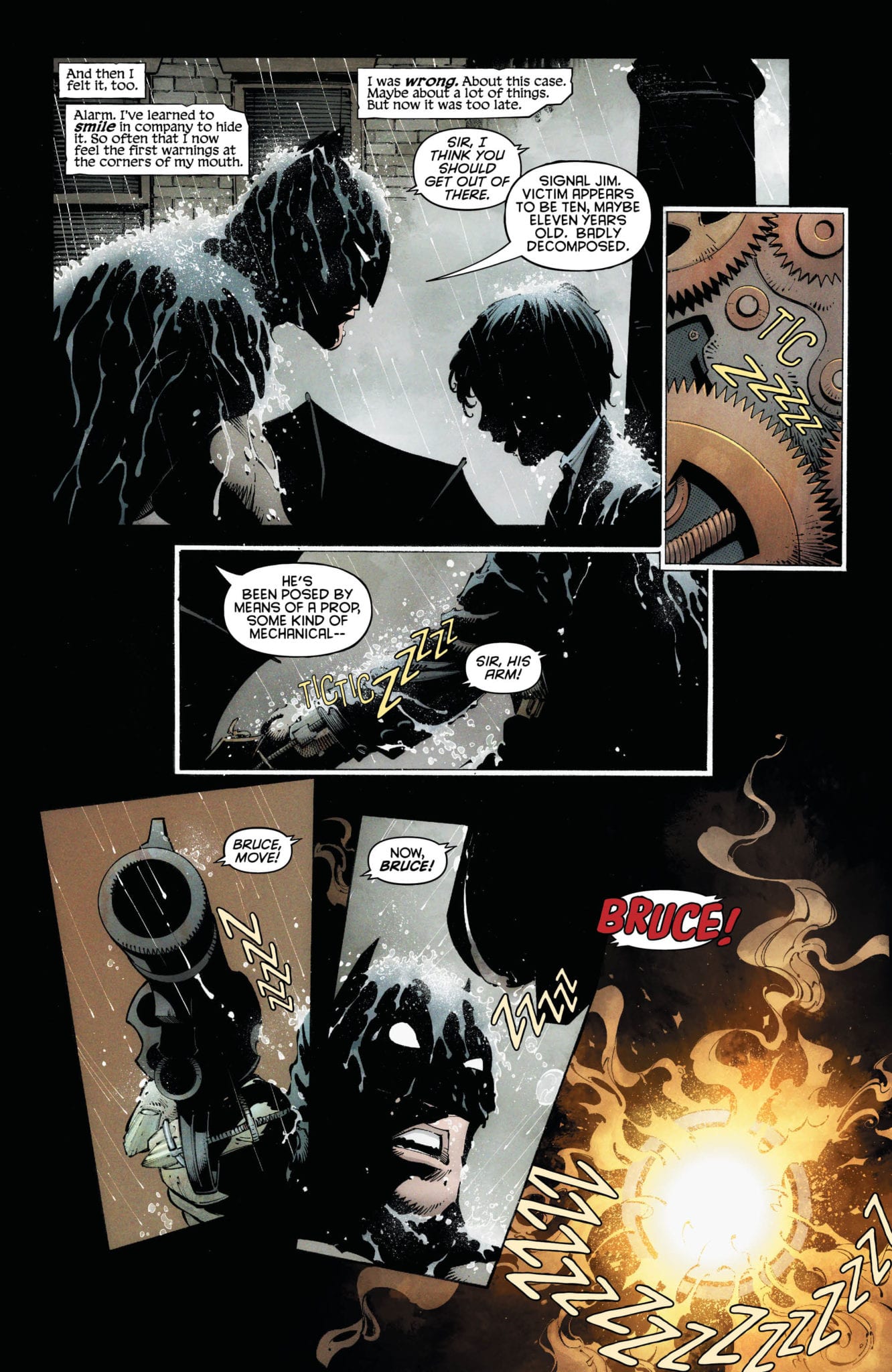 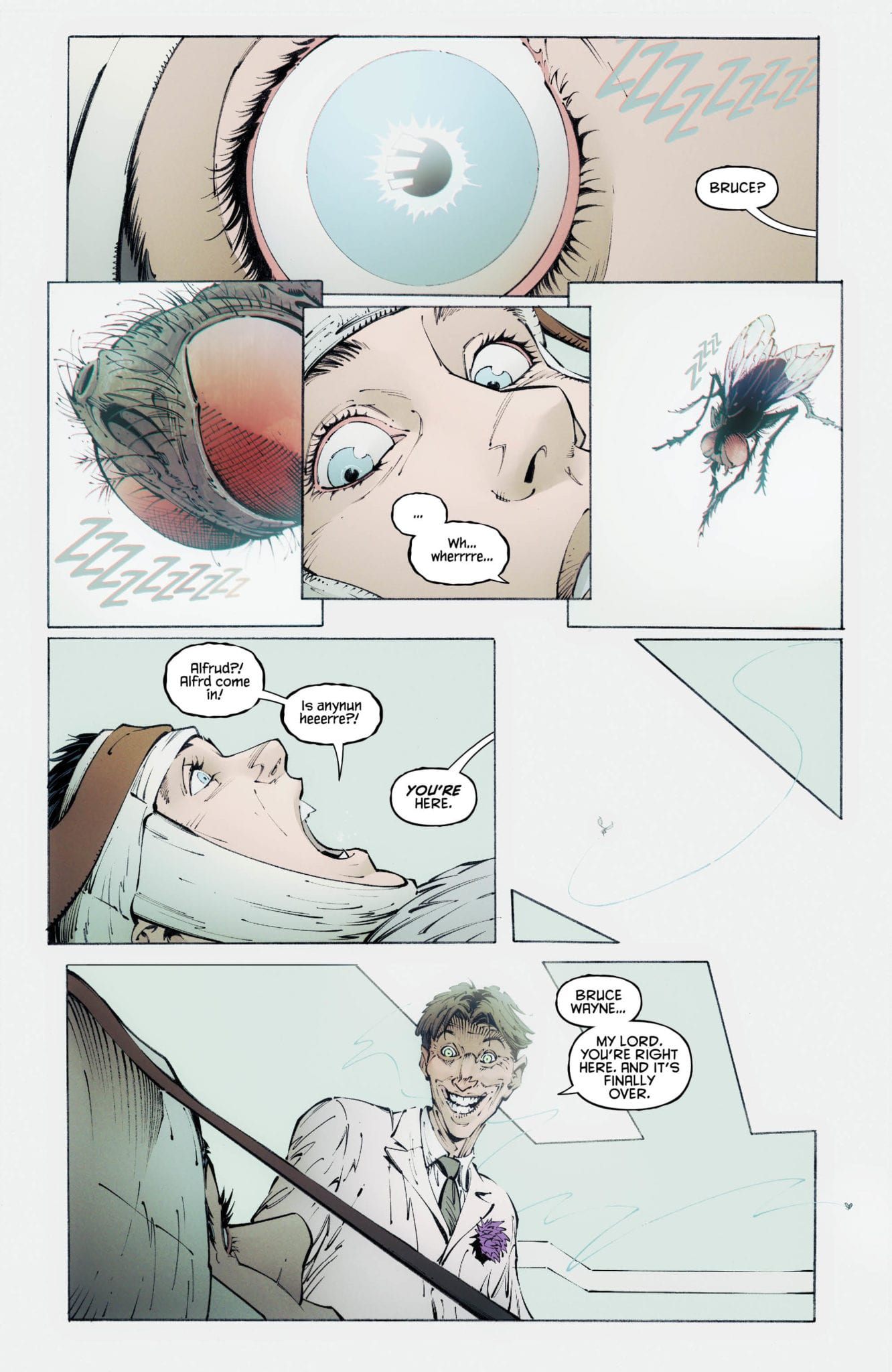 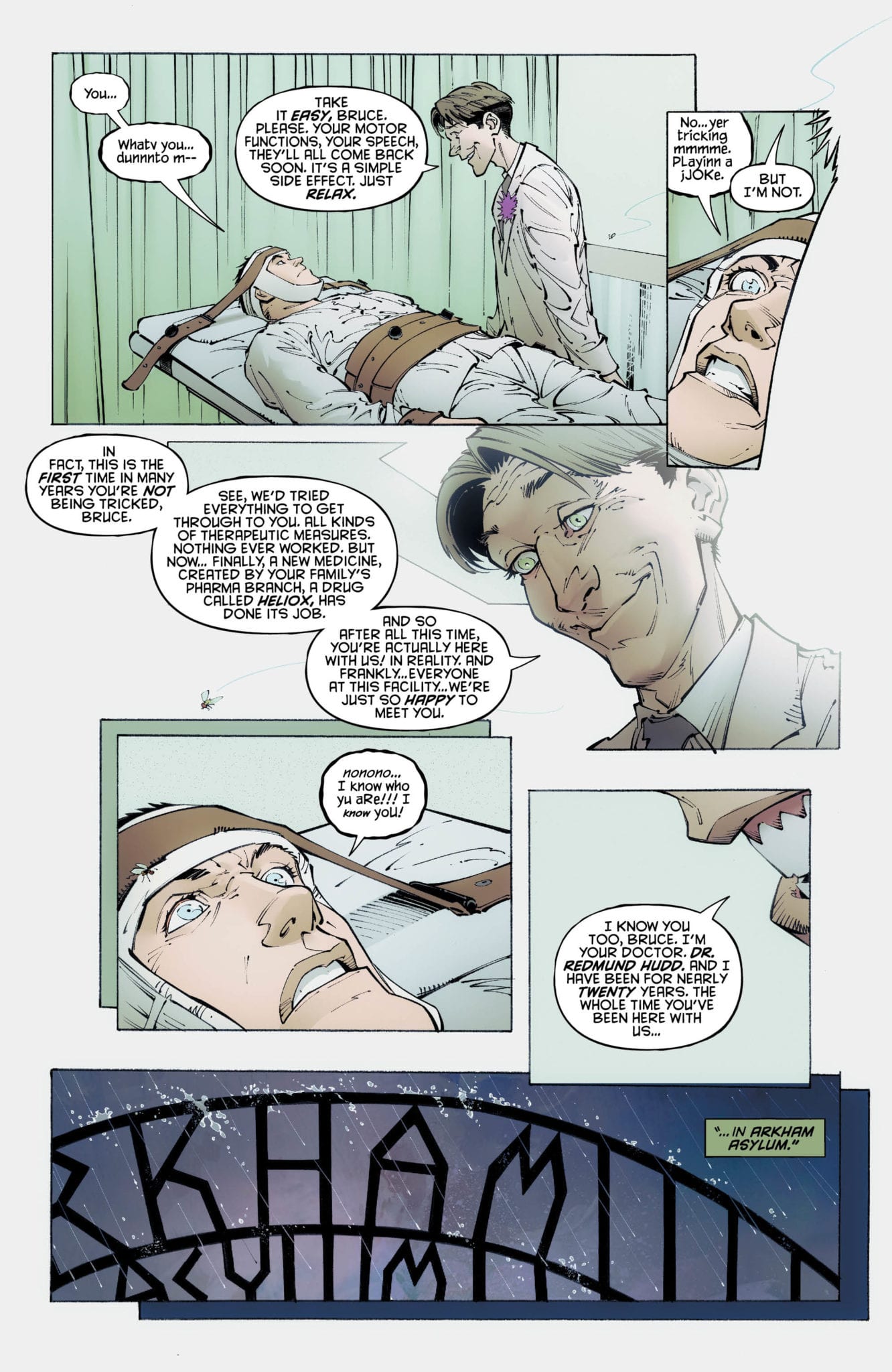 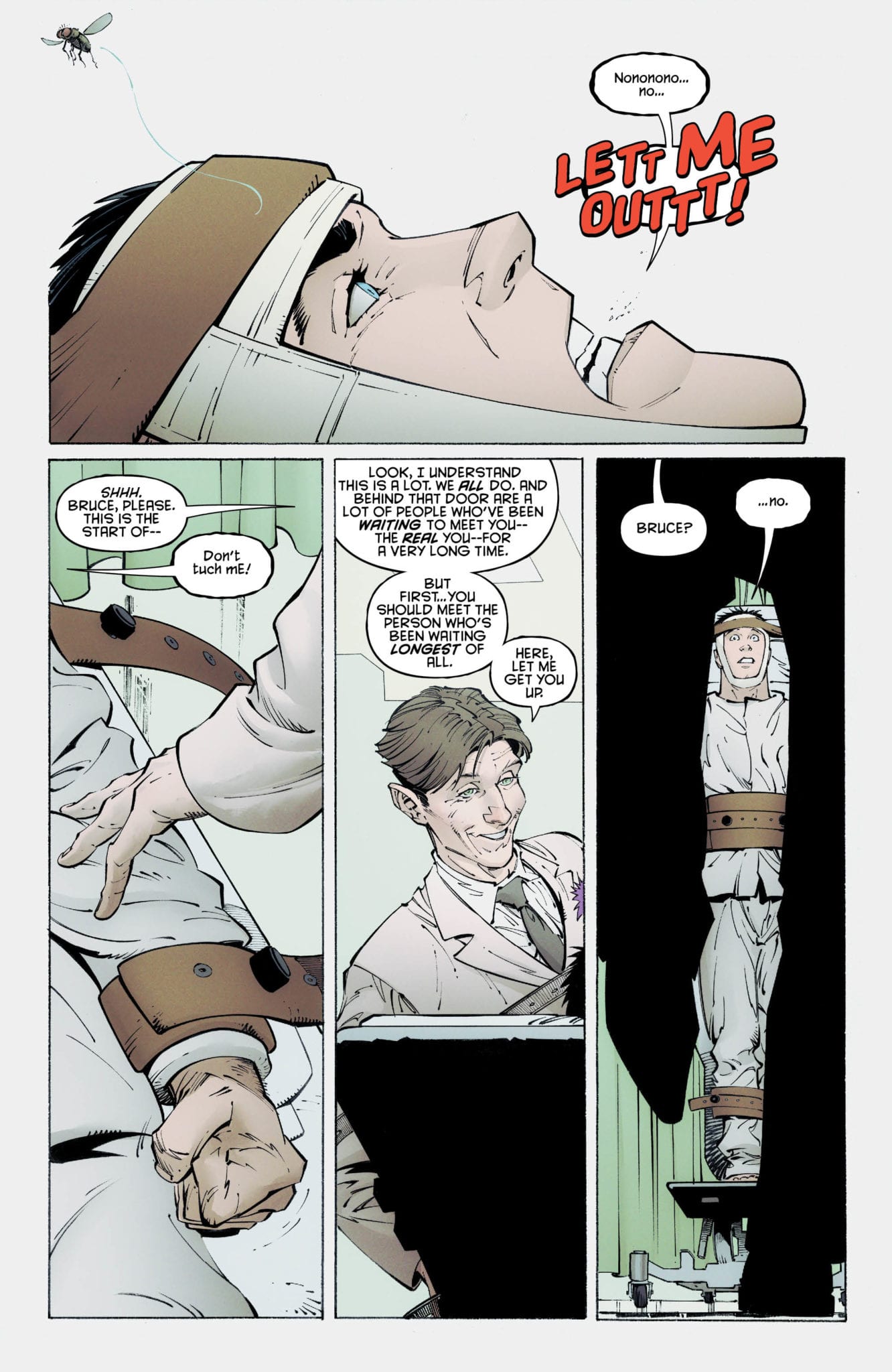 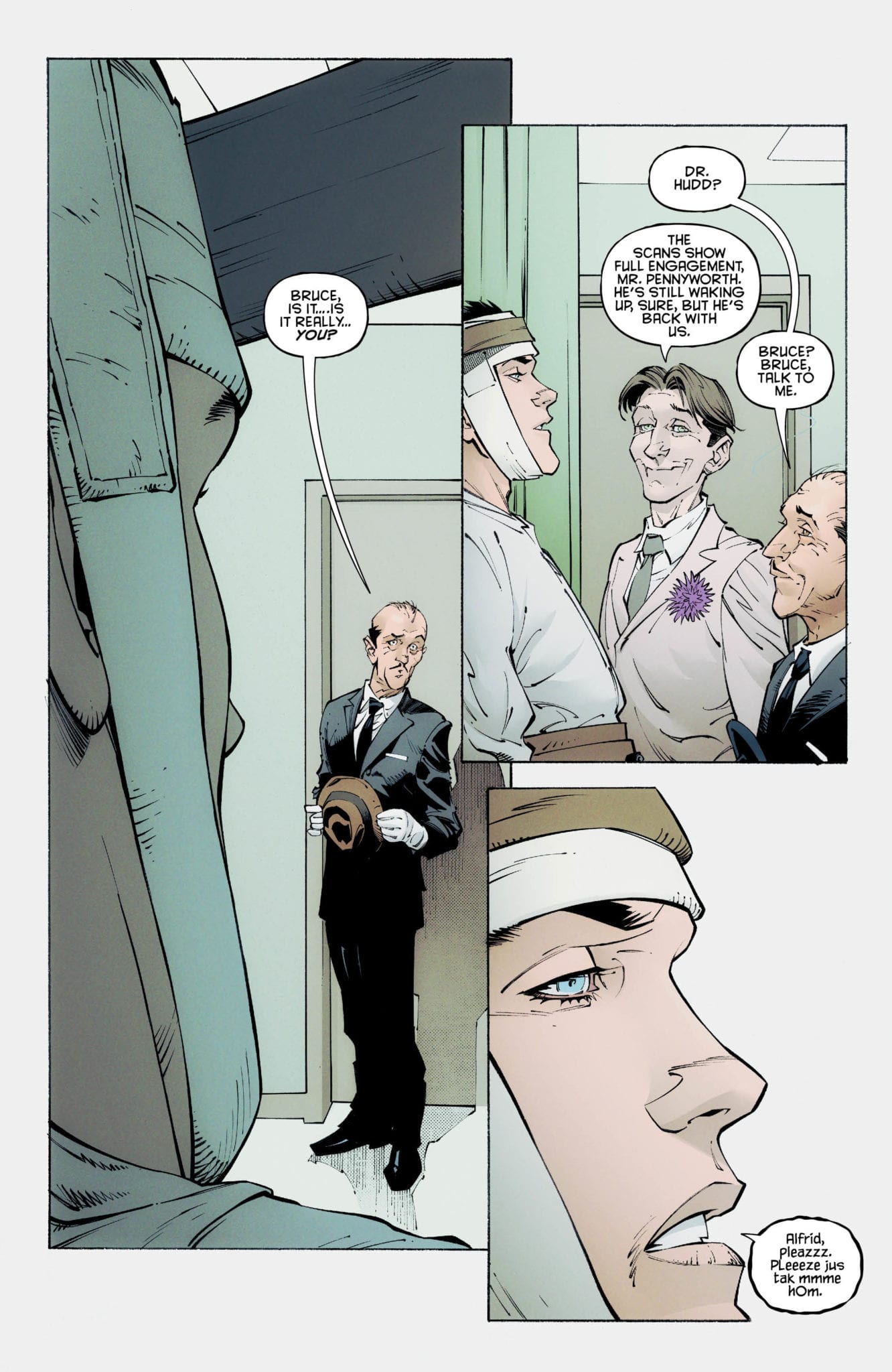 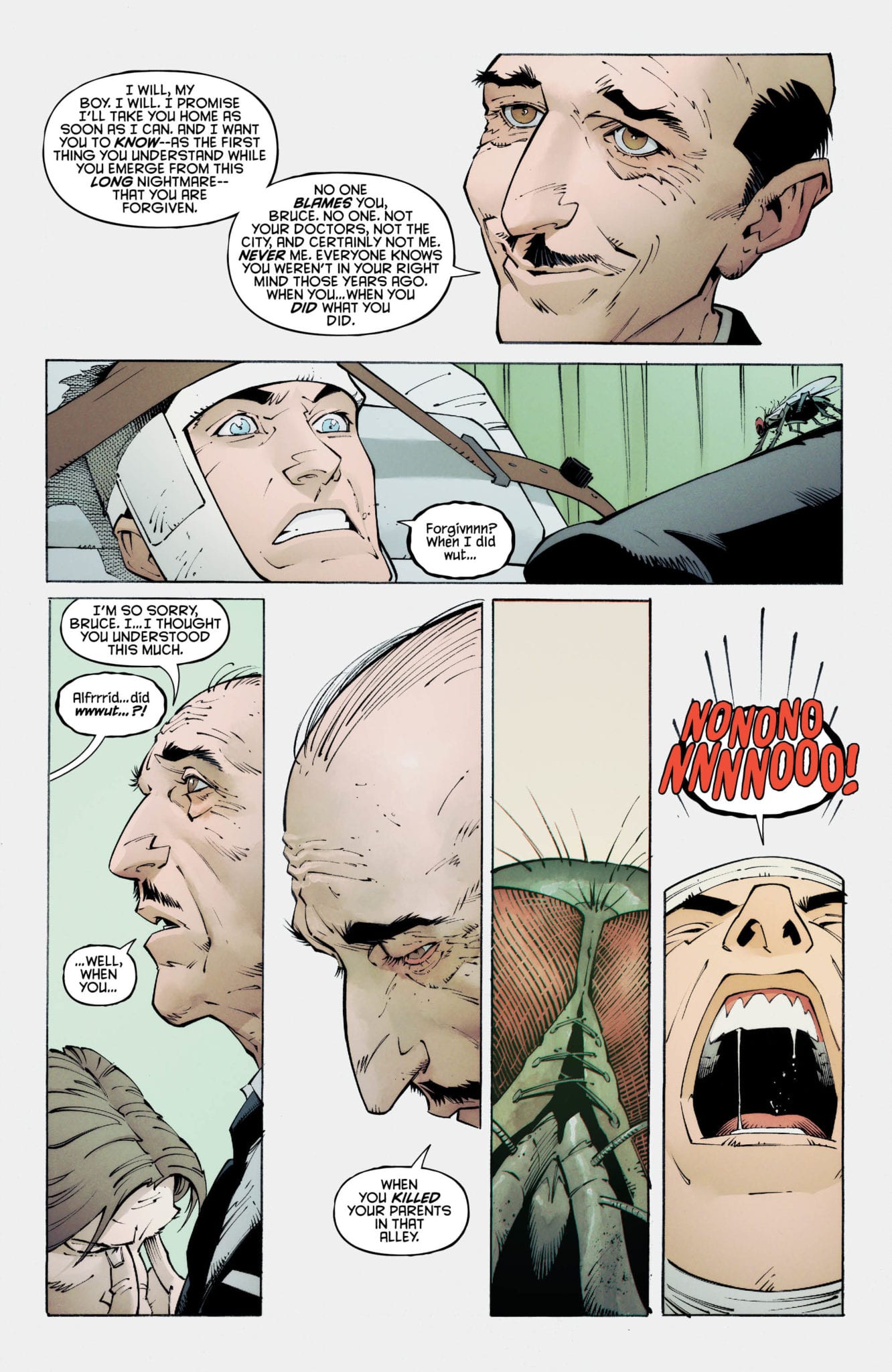 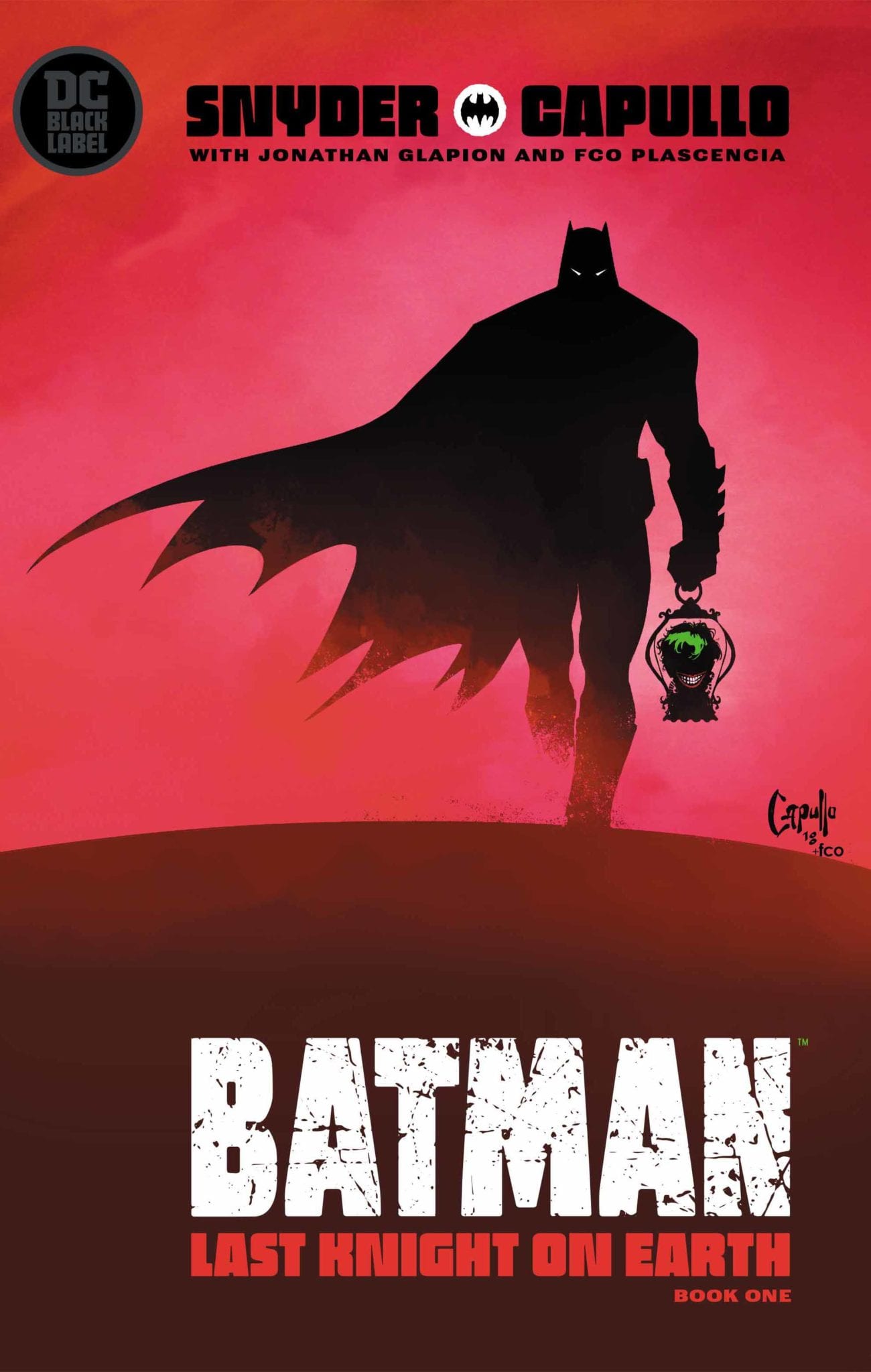 Review • BATMAN: LAST KNIGHT ON EARTH #1 - Holy Hell, What Did I Just Read?!Batman: Last Knight On Earth #1 will give you goosebumps, and we could be on the cusp of a game-changing story that only comes along once a generation.