Marvel Two-in-One #7 written by Chip Zdarsky, art by Ramon K. Perez, colors by Federico Blee, and letters by Joe Caramagna crashes onto our shelves this week as Chip Zdarsky finally reveals the truth about Rachna and sets our heroes up for another fight for survival in Battleworld. But, you’ll never guess who runs the show on this Earth!

Oh and Major SPOILERS about Marvel Two-in-One #7 too!

Chip Zdarsky opens the issue by introducing the reader to the next world our Marvel Two-in-One team has landed. The reader quickly learns that this world was destroyed by a battle between Captain America and Iron Man leaving one man to take over in their absence. You may be thinking Doctor Strange. But he’s more like a Sheriff in his Battleworld.

Our Marvel Two-in-One heroes get thrown into Battleworld by their new ruler Spider-Man! The fight progressed for a couple pages but what really hurt this issue was the art. Look at the page above. The art by Ramon K. Perez, as well as the colors by Federico Blee, seemed choppy, blurry, and rushed.

For example, does Johnny have a mustache in the top left panel? Also, look at the bottom of the page at Doom’s face and suit. His face is lacking detail, and his costume is now one solid black color. Next, look at the monster on the right. I can’t tell if I’m looking at its head or its butt. After having Jim Cheung for over half the issues, as well as Valerio Schiti for the other half, Perez had big shoes to fill. I think he just fell short this issue and it impacted the tone and feel of the story.

The Truth about Rachna

Next, Zdarsky finally unveils the true reason Rachna has tagged along with our Marvel Two-in-One heroes. Turns out, her sisters mind is trapped in a body that’s not responding. So, Rachna’s goal has been to find an identical body in another world and take that back to their Earth to place her sisters mind in it. Therefore, this entire time, they haven’t been looking for the Richard’s Family at all. They’ve been looking for her sister using the multisect.

While in Battleworld, Doctor Strange was able to stifle Doom’s magic. Well, Victor manages to use what little magic he has left to help the Marvel Two-in-One crew to escape. Doom took control of Jarvis’ mind and has him stab Doctor Strange is his throat killing him instantly.

This helped Victor regain his magic and teleport everyone out of the Battleworld Arena. However, Rachna uses the multisect to jump to another Earth leaving Johnny and Ben behind. Doom managed to catch up with Rachna just in time to jump with her. But, will Doom come back for Ben and Johnny?

I’ve loved Marvel Two-in-One since issue 1. It’s been an incredibly demiurgic series so far and I have no doubt it will continue. However, part of that feeling came because of the impressive art, whichever wasn’t there this issue.

This issue felt a bit flat. Sure, we had the Rachna reveal, Spider-Man as a dictator, and Doom killing Doctor Strange, but there was no Reed or Sue in his issue. Nothing Fantastic Four related at all. The art also seemed rushed, fuzzy, and lacking the detail; it’s had in the past. The issue was also dialogued heavy at parts making it slow-moving and wordy.

Sure. It wasn’t the best issue of Marvel Two-in-One so far, but it was still better than a ton that came out this week. That said: you could skip it and get the idea in the next issue. However, I’m a big fan. I would pick it up.

Absolutely! This was just a down issue. I have no doubt it will rise back up to the awesome normal that is Marvel Two-in-One. Plus, how else will you get your Fantastic Four fix until August?

Well, what did you guys think of MARVEL TWO-IN-ONE #7? Comment below or hit me up on Twitter @dispatchdcu 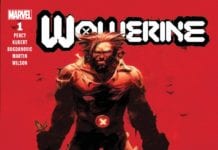 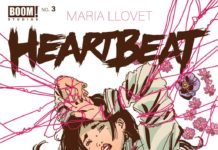 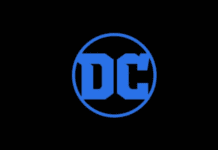