The Problem with the Punisher: Why Frank Castle has Never Gone Mainstream

Fans of the Punisher have reasons to celebrate this week. On Tuesday, Marvel announced Jon Bernthal of the Walking Dead fame would play the character in Season 2 of the Netflix-Marvel series; Daredevil.  The Punisher is notable, in that he has received three separate feature film incarnations and while each version has its fans, none of them have been able to get the box-office or critical traction necessary to maintain a franchise. Recent comics series have done very little to improve the character’s image in the eyes of the mainstream audience (Franken-Castle, I’m looking at you). In fact, while the character may have a rich forty-year history, the comics themselves have been very hit or miss. The most successful iterations of the character in recent years have been Matt Fraction’s War Journal and Jason Arron’s Max runs respectively, which each offer a distinct approaches to the character, but they are very much the exception that proves the rule.

Part of the problem is that the character’s popularity has very little to do with him being an interesting character per se. The Punisher is a bad-ass, no one is going to question that and everybody loves a bad-ass. This is a character whose entire reason d’etre is to kill criminals in the most brutal fashion imaginable. There is a primal part of us that is drawn to this Frank Castle’s simplistic view of morality, a morality which says that any crime, no matter how small, merits death. The Punisher is arguably one of the first truly popular objectivist heroes. No code of conduct, no redemption, just punishment.

Frank’s origins are something readers have little trouble empathising with. His war on crime is spawned from a very human tragedy; the murder of his wife and child. It is this central tragedy which humanises the character, but Frank Castle purges himself of that humanity when he becomes the Punisher. He crosses the line between justice and vengeance. As a protagonist, it becomes hard to relate to him when there is so much red in his ledger. One could try to recitify this by giving the character a more nuanced perspective, but if you introduce too much doubt into his character then he ceases to be the Punisher.

For me, the Punisher is at his best when he is written as a force of nature. What’s interesting isn’t how he acts, that is predetermined, but how other re-act to his presence. The Punisher is not one to be swayed from his mission regardless of the socio-economic context in which crime exists. Frank’s role in life inevitably means he comes into conflict with other heroes whose morals directly conflict his methodology. It is in that context that we are likely to see the Punisher in Marvel’s Netflix series. The Punisher has a long history with Daredevil with the latter’s Catholic beliefs acting as a key source of tension between the two. Frank Castle is a reflection of what Matt could become if he allows himself to go over the edge, if he gives in to some if his base desires. The problem with acting as a foil is that it becomes very difficult to sustain your own stories. Hence why the best Punisher stories rarely feature the Punisher as the main character.

So how should the character be portrayed in Marvel’s Daredevil? It is possible for a character like the Punisher to have operated under the radar for years and to be seen by many as little more an urban myth. This can also be used to explain why we haven’t seen hints of him before now. Don’t give us an origin story, give us a Punisher who is in his tenth year or so. Show us that this war has left its scars. This character should feel tired, exhausted from the years of battle and struggle on anyway. The most crucial thing to understand about the Punisher is that he knows that his war will ultimately achieve nothing. He knows that the job will one day cost him his life. This impossible mission is what gives his life purpose, its all he has left. It is the one thing that allows him to feel any sense of satisfaction.
One of my favourite Punisher moments in the last few years has been a brief scene in Secret Wars #1. The Kingpin has invited a number of his super-villain colleagues to share a final drink together as they watch the world end or as he so eloquently puts it “our enemies’ greatest failure”. The Punisher turns up at this party and proceeds to gun down everyone in the room. Even in the face of the apocalypse, knowing that these men will die regardless, Frank Castle remains undeterred from his mission. Their deaths must come at his hands in order for his sense justice to be fulfilled. That is the Punisher that I want to see in Marvel’s Daredevil.

For those of you who are interested in an excellent, stylish, live-action take on the character, check out Adi Shankar’s Dirty Laundry.

What do you think? Have any of the Punisher films gotten the character right? What are you looking forward to seeing the character bring to Daredevil? Let us know in the comment section. 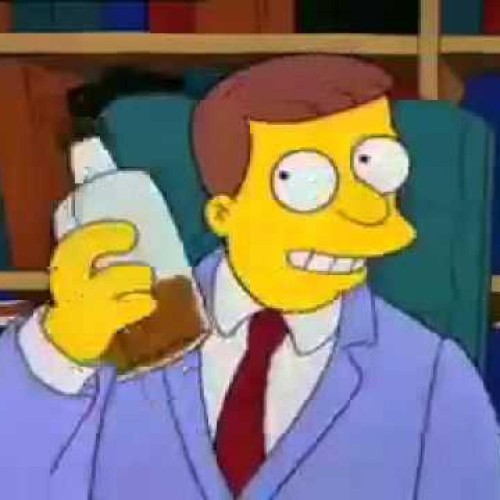