Review: ‘Teenage Mutant Ninja Turtles: Out Of The Shadows’ Is Garbage

Title: Teenage Mutant Ninja Turtles: Out of the Shadows
Director: Dave Green
Summary: As Shredder joins forces with mad scientist Baxter Stockman and henchmen Bebop and Rocksteady to take over the world, the Turtles must confront an even greater nemesis: the notorious Krang.

I was a die hard Ninja Turtles fan as a kid. I loved Donatello, I loved the cartoon, I had a bunch of the toys and I remember the movies fondly. Looking back though, I’m not sure they entirely hold up. The movies, at least the first and second, are better but the cartoon is incredibly cheesy and nearly hard to watch. I love kids movies but I’m also a huge proponent that kids are much smarter than we give them credit for and they deserve good movies. If you’re making a kids movie that means you should try harder, not less. The first Teenage Mutant Ninja Turtles left me with a migraine, and I wasn’t expecting anything better from this.

Teenage Mutant Ninja Turtles: Out of the Shadows is a disaster on every level where the only good thing I could think of is that the 3D this time didn’t give me a migraine.

When I say that the 3D didn’t give me a migraine and that is the only good thing to come out of this I’m being almost entirely serious. There was one moment where I laughed almost hysterically but it had nothing to do with the jokes that were on screen. It was when Baxter Stockman (Tyler Perry) has just created the infamous Bebop (Gary Anthony Williams) and Rocksteady (Sheamus) announced that the reason they have transformed into animals is because we all have a latent animal in our genes. I can look past some really stupid science in movies (I’m a superhero fan, I kind of have to) but that was delivered with such reverence that I couldn’t help but laugh.

That is the major problem with this movie. Perhaps if there was a single moment of self awareness throughout the entire production then maybe it could have been hilarious in a terrible way. However, everyone seems to be under the impression that they are making a good movie and everything ranges from grim and serious to fart humor and the juxtaposition was enough to give me whiplash. Were you excited about seeing Casey Jones (Stephen Amell) in this movie? He had hardly any real scenes and he only wears his famous hockey mask once. Bebop and Rocksteady were kind of cool to see rendered in live action, but much like everything else in this series they are so poorly designed I wasn’t entertained.

Director Dave Green doesn’t spin the camera around as much as Jonathan Liebesman did in the previous movie but there isn’t any interesting set pieces in this entire movie. The Turtle van shows up for one action scene and then they forget they have it. There is a pointless subplot about the turtles wanting to be human for some reason that doesn’t get much development. Do you remember in the first movie how they were fighting and needed to come together as a team? Congratulations, you have just watched most of this movie! Krang (Brad Garrett) is barely a villain and the one action scene with him in it is boring.

Teenage Mutant Ninja Turtles: Out of the Shadows is yet another kids movie where we’re supposed to ignore plot problems or a terrible script because ‘it’s just a kids movie’, but I don’t buy that. In the age of superheroes and Marvel making movies with talking trees and raccoons there is no excuse for a movie this bad. Perhaps with a little effort the filmmakers could have made a decent movie instead of this dumpster fire rolling into theaters this weekend. 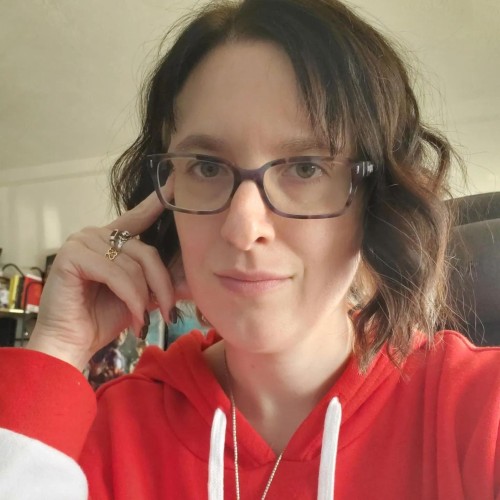