“Dark” in every sense of the term, unfocused in narrative terms and generally humorless, Batman v. Superman: Dawn of Justice, the long-desired meeting on the big screen of Warner Bros. and DC Comics’ “Big Two” superheroes, turns out to be lots of different “toos.”

Too much, too soon.

And perhaps for Warner and DC’s hopes of matching or least catching up to the gravy train of box office profits chugging along for rival Marvel Entertainment, too little, too late.

What’s it about? (SPOILER-FREE)

18 months after the events of 2013’s Man of Steel, in which Kal-El (Henry Cavill), who Earth’s people came to know as “Superman” after he stopped others of his race from destroying the planet and everyone on it, some still question whether or not his presence and his actions are for the best.

Among those is a deeply-disillusioned and distrustful Bruce Wayne (Ben Affleck). Wayne, a veteran crime fighter in his native Gotham City whose methods as Batman have grown more brutal as the man under the cowl aged and suffered yet more personal losses, sees in “the alien” a ticking time bomb. He views Metropolis’ so-called “savior” as someone who may not be a threat today or the next day, but who may one day show different colors and be the very death of the planet he recently saved.

So what does the Dark Knight intend to do? Against the sage advice of a grizzled and somewhat exasperated Alfred (Jeremy Irons), Wayne plans to destroy the alien personally. He even thinks he has the weapon to do it, thanks to a little digging done by one Alexander Luthor (Jesse Eisenberg), who has his own reasons for seeing the flying guy in the red cape take a permanent tumble.

But is the Bat really the one setting the stage for this battle? Or is Wayne, with all his barely-contained rage and despair, merely a pawn against Superman? Who stands to gain from the savior and the night terror tearing into one another in a fight to the death? And just who is the mysterious, raven-haired woman with a seemingly similar interest in what Luthor has uncovered, the one who insists to Wayne she’s unlike any woman he’s ever encountered? What role will she play when Supes and Bats finally throw down?

For better or for worse, Batman v. Superman: Dawn of Justice delivers precisely what discerning audiences have come to expect from director Zack Snyder. Lots of dark camera filters, CGI-enhanced action so stylized and bombastic that it can’t help but overload the senses, and pacing problems in terms of storytelling.

Snyder seems to truly struggle with balancing spectacle with substance. More often than not, character drama and genuine interaction are replaced with simple exposition to bridge the gap between the big money-shot laden set pieces, the eye-popping visuals that will make the promotional trailers sizzle but fail to carry the film when seen in their entirety.

That said, the action in Batman v. Superman has its moments of nerdgasm-inducing excitement. There are simply too few of these stronger action beats in the film to justify all the rest of what fills the film’s 151 minutes.

Too many moving parts

Batman v. Superman further exposes Snyder’s weaknesses as a director by needing to serve as a launch vehicle for an entire franchise of films. That Warner Bros. and DC Entertainment have clearly pinned their hopes for successfully launching a viable, long-running and profitable superhero “shared universe” to BvS is painfully clear in just how much extra “stuff” the movie contains that’s utterly extraneous to the conflict in the title.

Having to include all those seeds for future films in the franchise – cameo appearances by heroes slated to get their own films, “easter eggs” for the fan base, etc – along with all the exposition necessary to give those elements context and tell the central story results in that bloated running time and the wildly consistent pacing. Looking back at Man of Steel, Sucker Punch, and Watchmen, it seems hard enough for the man to visually develop story threads for one film to their full potential, much less juggle the needs of one story with having to seed others.

Thus, the film disconnectedly wanders from scene to scene for almost an hour before the narrative gains any steam, and by then the film has telegraphed just about all of its remaining plot beats. By the time it gets around to actually pitting Batman vs. Superman, the film has lost just about all of its energy and momentum. It’s like the film’s first two acts serve as the worst undercard you could possibly imagine at a prize fight, with preliminaries so ponderous and dull that you’ve lost interest in the main event.

Cheers to the Power Couple

It’s not all terrible, to be honest. Credit where credit is due: Cavill, returning to the Superman/Clark Kent role from Man of Steel along with many of his co-stars from that film, simply looks the part, and that goes beyond simply the physique necessary to pull off the Super Suit. The British actor nails Clark’s earnestness, along with the weight of all that power and responsibility carried along with the red cape on those considerable shoulders. Even more so this time than in his previous outing, he makes you believe, especially during the moments when Superman himself is unsure of just what his role should be in a world where his presence alone seems to invite conflict and destruction.

Cavill’s handful of shared scenes with Amy Adams in the Lois Lane role are strong, as well. Thanks to the different Lois and Clark dynamic established at the end of Man of Steel, Cavill and Adams can explore a different sort of relationship on screen than in previous Superman films. That bond and how it came about felt rushed in Man of Steel,  but here in Batman v. Superman it is a fully realized emotional thread running steadily throughout the film.

Gal Godot, in arguably the role fans are most curious and excited be finally brought to the silver screen, delivers on the faith director Zach Snyder had in her when he cast her. Fans of the character and comics in general should be pleased with what they get in terms of her part in the action, especially the entrance she makes in full battle regalia. If there’s a criticism here, it’s that she’s simply not in the film enough, and isn’t given much to do during Batman v. Superman: Dawn of Justice’s early acts.

While Godot’s character is the one audiences may be most curious about seeing, it’s Affleck who they may, in fact, be dreading seeing most. Those concerns, unfortunately, turn out to be well-founded, although in fairness some of the blame should fall on the screenwriters here.

“Bat-fleck” is, for the most part, a one-note character very similar to the depiction of James Bond in Daniel Craig’s second outing as the super spy, Quantum of Solace, meaning the “one-note” is “angry.” Yes, that anger that informs Bruce Wayne’s every look and act takes on different shades throughout the proceedings. Sometimes he just seems bitter, while other times it seems that guilt is driving him.

The problem is that for a limited actor like Affleck, those nuances in emotion simply look and sound too similar. So for the long stretches of the film where Affleck isn’t in costume, he’s lumbering from scene to scene, looking sullen and glaring at people through his eyebrows, and that’s it. Anger, bitterness, guilt – it looks the same.

Of the entire ensemble, it seems the only one having any fun at all is Jesse Eisenberg. His ‘Portrait of the Millennial Unhinged’ take on Lex Luthor is an unnerving delight to watch. He’s a Snyder-stylized version of Eisenberg’s take on Facebook founder Mark Zuckerberg in The Social Network: sociopathic, manipulative, twitchy, and fond of designer suits worn with Converse Chuck Taylors. Hopefully Eisenberg will have the opportunity to portray Luthor as a lead role in the future of DC Comics films, as the door has been opened wide now to the possibility of villain-centric superhero fare thanks to Deadpool and the upcoming Suicide Squad. A Luthor biopic, with Superman as the “villain” of the film, a la Brian Azzarello’s Lex Luthor: Man of Steel series in the comics from a years back – now that would be fun.

Quite unlike most of what you get in Batman v. Superman, sorry to say. It will be interesting to see if all those planned films whose seeds were planted in Dawn of Justice ever actually see the light of theaters. If BvS falls short of box office expectations the way it’s sure to fall short of audiences expectations, it’s hard to imagine Warner Bros. continuing to throw millions away on movies that fail to live up to hype.

But then again, they’ve been doing that with comic book movies outside of Christopher Nolan’s Dark Knight trilogy for years. Why stop now? 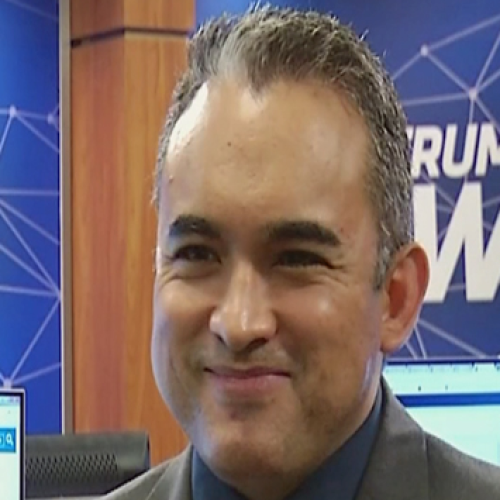