Netflix’s newest original series, “Daredevil” debuted April 10, with all 13 episodes of the Marvel Comic adaptation’s first season available on the streaming service. Ed Carroll will review each episode here on Monkeys Fighting Robots without fear and let you know if the latest entry into the Marvel Cinematic Universe meets the lofty standards of its predecessors. Previous Daredevil review links are at the bottom of the post.

After sitting out the previous episode, Wilson Fisk came back in a big way in Daredevil’s eight episode, “Shadows in the Glass.” It’s really interesting to see the show’s dedication to not having this version of Kingpin be one-dimensional; yes, the Kingpin was always a bit more nuanced in the comics, but for TV shows, it’s often rare to have such a ruthless villain cast in such a sympathetic light.

No, it’s not very original to go for the abusive father angle, but “Shadows in the Glass” did an excellent job of showing not only how Fisk’s father drove him to murder, but also how it shaped Fisk to be the person he is today. It was also a nice contrast with previous episodes (particularly “Cut Man” and “Stick”) which gave us a look at how Matt Murdock came into his ideals. Particularly, Murdock’s belief that he doesn’t need to kill and Fisk’s belief that to do whatever it takes to get what he wants.

Domenick Lombardozzi was an excellent casting choice for Bill Fisk, as he nailed the blue-collar tough guy mentality, initially just seeming to be rough around the edges, but scene-by-scene, we learned just how hard he was on Wilson (not to mention his brutal beating of Wilson’s mother, which didn’t seem to have been the first time). Even though Wilson murdered him without much remorse, but we still felt empathy for him, and that’s a credit to both the acting but also the writing, and how they allowed us time with the Fisks in the past to understand what it was like growing up in that household. We also saw why Wilson was so captivated by the Rabbit in a Snowstorm painting (despite it being a bunch of white paint).

In the present, Fisk’s empire had been crumbling for much of the episode and we show how poorly he was handling everything. The lack of subtitles reared its ugly head again though, this time the language was Chinese, during a discussion between Fisk and Gao (Wai Ching Ho). I’m just not sure what the purpose would be for keeping the viewers in the dark so frequently, and it’s becoming a source of frustration. That discussion seemed important, but without knowing what was said, it was hard to take Fisk’s anger over it too seriously. It’s fun seeing Fisk and Vanessa becoming a bit of a power couple, though.

Karen and Foggy (inadvertently) let Matt in on their plans to expose United Allied, but unfortunately for them and Ben Ulrich, Fisk got the jump on everyone by coming out of the shadows and announcing … something. That he’s here to protect the city? Is he now going to run for mayor? It was a smart play to have Fisk get ahead of Daredevil like this, but it felt a little half-assed in terms of what he was actually doing. Still a pretty dramatic way to close out the episode. And poor Ben, having to delete a complete article is just soul-crushing. The scene in the rain with Ben and Daredevil was also well done; as someone who used to report, it’s encouraging to see Ulrich practice responsible journalism ethics in this series (for the most part).

Also, the jerk cop Blake (Chris Tardio) ended up dying in the hospital, thanks to his partner (and considerable money from Fisk). I’m not sorry to see the character go, but even I can admit he got screwed a little bit. Oh well, shouldn’t have been crooked. 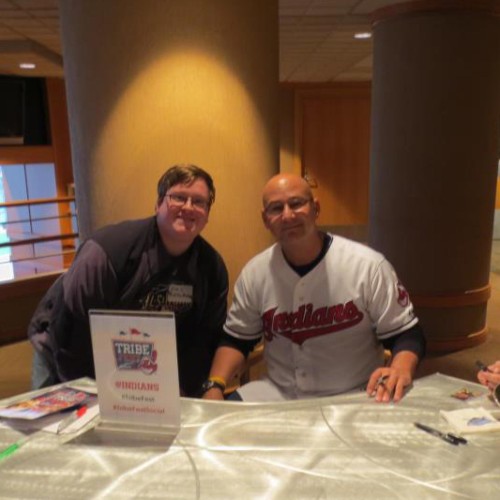 Ed Carroll
Ed Carroll is a television and entertainment writer at Monkeys Fighting Robots, and also writes about Major League Baseball and other entertainment things at EverybodyHatesCleveland.com. Ed lives in Cleveland and enjoys watching the Indians and Cavs, in addition to playing video games and binging on television.