‘Lighthouse Keeper’: A Faithful Edgar Allan Poe Adaptation, Vulgar Farce, Or Something Else?

Lighthouse Keeper is the newest Edgar Allan Poe adaptation to hit the…Poe adaptation market, and it has relatively flown under the radar thus far. While it might be hard to track down, it is suppose to be available on DVD in April. For those of you, Edgar Allan Poe fan or not, unwilling to take the plunge blindly, here is a review from this writer’s advanced screening.

Lighthouse Keeper starts off like a lot like a John Carpenter film. More specifically, it is reminiscent of The Fog. An old man with a stereotypical fisherman look is sitting and drunkenly listening to an old phonograph in the first scene. The music, while not haunting in and of itself, lends itself and adapts to feeling far more eerie in the setting it is played in. An unknown, and only briefly seen, evil seems to be stalking the old fisherman in his dark and dreary home. This transitions to true beginning of Lighthouse Keeper, and visual telling of the film’s synopsis, with a young man washed up on the shore of a peninsula that he seems to have no idea how or why he is there.

This film can be described as a clash between the Boris Karloff/Jack Nicholson lead The Terror and the original John Carpenter masterpiece The Fog, as it permeates most of, if not the whole film. The overall atmosphere, style, and look are very reminiscent of American International Pictures’ and Roger Corma’s early ’60s early Edgar Allan Poe adaptation collaborations, There are some elements throughout the film, such as the reading of his poem Lenore, the usage of another Poe stories’ leading character’s name, and structural issues involving the Lighthouse Keeper’s home that mirror the collage of Poe story information that AIP and Corman use to bring together in said films.

To elaborate on some of those features would be to spoil Lighthouse Keeper, which will not be done here.

The music has a nice old school horror feel, even though songs have copyrights
when you want to use them in your film and digitally produced scores sound silly sometimes, Lighthouse Keeper greatly benefits from the film’s score. The effects are a mix of CGI and practical, but never feel cheap. Well, until this one scene involving a large boat on the sea that takes you out of the carefully orchestrated nightmarish plot momentarily, but it doesn’t completely lose steam altogether.

The location exists in a sort of time warp or vacuum and is never mentioned directly, but one can extrapolate from the attire that it seems to possibly be early 1900s. This was a good setting for a Poe story, as many modernized settings have completely destroyed the atmosphere of his adaptations. This is an old fashion ghost story with an old fashion setting.

The acting ranges from fair to good. The cinematography is just right for the story,
but some of the camera work feels very Indie, but not completely amateurish. Some of the camera cuts between scenes feels too quick and off-putting, but the film at time seems to be nightmarish, so perhaps this plays into a disorientation factor.

There are at least three twists in the film, some you might get, but at least one you will
not. This tends to be the best formula for a multi-twist film.

The biggest gripe would probably be the lack of it actually finding much of a connection
to the original Edgar Allan Poe Lighthouse story. It is Poe-ish, Poesque, but it is not much of an adaptation per say. Granted, the E.A.Poe story is less than a page long, and it is considered by some to be unfinished.

Also, to be fair, it is a far better adaptation than the The Black Cat Starring Bela Lugosi. Look for the final verdict below. 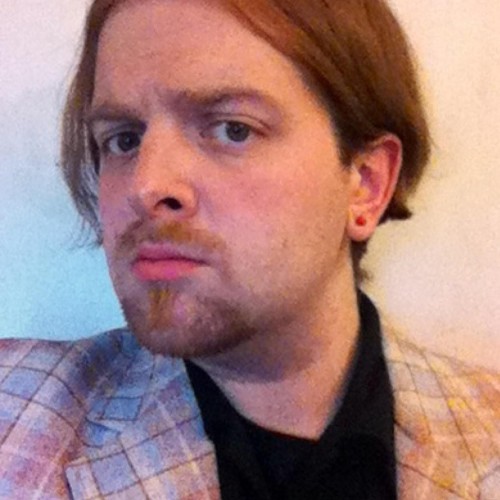 David Joseph
Dave Joseph is your average underpaid 31 year old in Modern America. He went to school for electronics/computers. He went from Blogger, to Co-founder/Editor-In-Chief of an independent paper, then to writer, and soon to be author. Now, all trench coat and arrogance, he lends his Pop Culture knowledge of film, TV, and music, mixed occasionally with a politics chaser, to his scribbling for Monkeys Fighting Robots, amongst other locales. He likes long walks on the beach, trips to Philly, Horror anything, most music, tech, art, and ... et cetera. Stalk/follow him on Twitter @REALDaveJoseph.

All in all, Lighthouse Keeper is a solid film of its type, and should prove enjoyable for Edgar Allan Poe fans. Especially so, for those who hate modernized, butchered adaptations. For fans of American International horror films from the '60s, most of which combined Poe/Roger Corman/Vincent Price.'Lighthouse Keeper': A Faithful Edgar Allan Poe Adaptation, Vulgar Farce, Or Something Else?